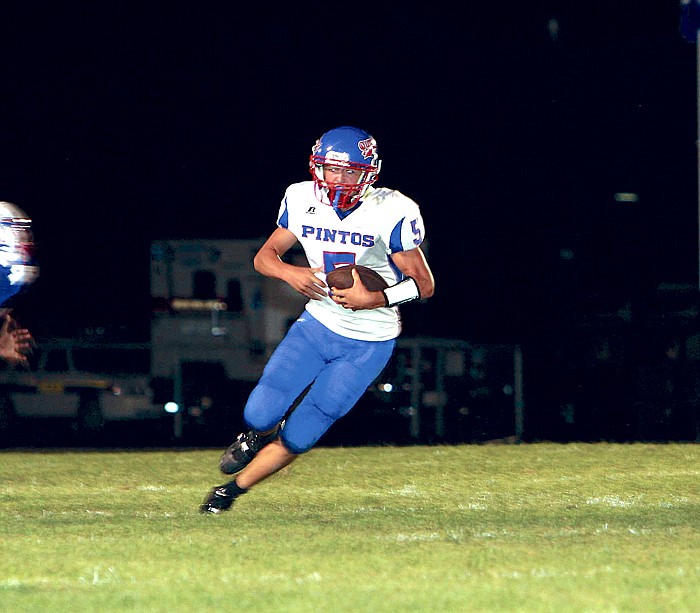 The California High School varsity football team opened the season with a game at Moberly Friday night, where the Pintos fell 21-6 to the Spartans. Above, California quarterback Dylan Albertson gains yards during the third quarter of the opener. California will host North Callaway at 7 p.m. Friday at Riley Field. The CHS Booster Quarterback Club will host a tailgate party beginning at 5:15 p.m. at Riley Field. The Parade of Champions, featuring the Pinto football players, will follow at 5:40 p.m.

The California High School varsity football team opened the 2011 season with a game at Moberly Friday night, where the Pintos fell to the Spartans 21-6. 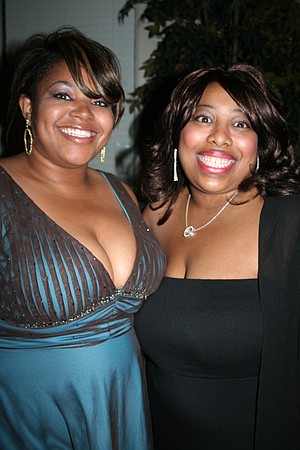 "We made a couple of mental mistakes at crucial times that changed the game for us," Albertson said. "Hopefully we'll learn from them and get better."

Moberly's Josh Cedillo got the Spartans started with 4:50 remaining in the first quarter when he scored a 59-yard touchdown. After Greg Bain's kick for the extra point, Moberly led 7-0.

With 7:07 left in the first half, California's Anthony Price intercepted a Moberly pass and ran in an 85-yard TD, however, the Pintos incurred a penalty on the play for an illegal block in the back, which cost California the TD.

With 2:27 remaining in the second quarter, Moberly's Nick Perkins intercepted a Pinto pass and the Spartans went on to score on a 9-yard TD pass from quarterback Ben Stoecklein to Brandon Elkins. Bain kicked the PAT and Moberly led 14-0 at the half. 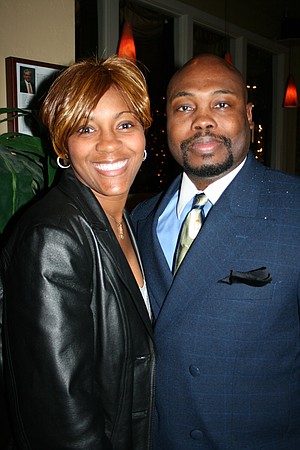 The Spartans opened the fourth quarter with a drive capped by a 3-yard touchdown by Stoecklein. Bain kicked the extra point and Moberly led 21-0 with 8:40 remaining.

Price came through for the Pintos with 1:20 left to play with a 65-yard TD on a punt return. After the kick for the extra point failed, California trailed 21-6 with 57 seconds remaining, and the Spartans ultimately came away with the win.

"Our pass protection needs some work and our offense has to control the ball better," Albertson said. "We have to be more consistent. With a young defense like ours, we have to keep them off the field or they're going to wear out."

The Pintos had 28 carries for a total of 112 yards and completed 3 of 4 passes for 17 yards. Walter Juarez led California rushes with 11 carries for 44 yards. Christopher Allee followed with nine carries for 36 yards, while Price had three carries for 24 yards.

"I did see some good performances," Albertson said. "We just have to get better."

"North Callaway lost to Eldon Friday, so they will be focused," Albertson said. "They run the same type of offense as Moberly. We're going to have to execute. If we do that, I think we can play anybody."

The CHS Booster Quarterback Club will host a tailgate party beginning at 5:15 p.m. at Riley Field. The Parade of Champions featuring the Pinto football players will follow at 5:40 p.m.

"I think this will get everyone pumped up," Albertson said.

He encourages Pinto football fans to attend the tailgate party. "Come out and enjoy the food and fellowship before the game."

For more great stories check out issues of the California Democrat.