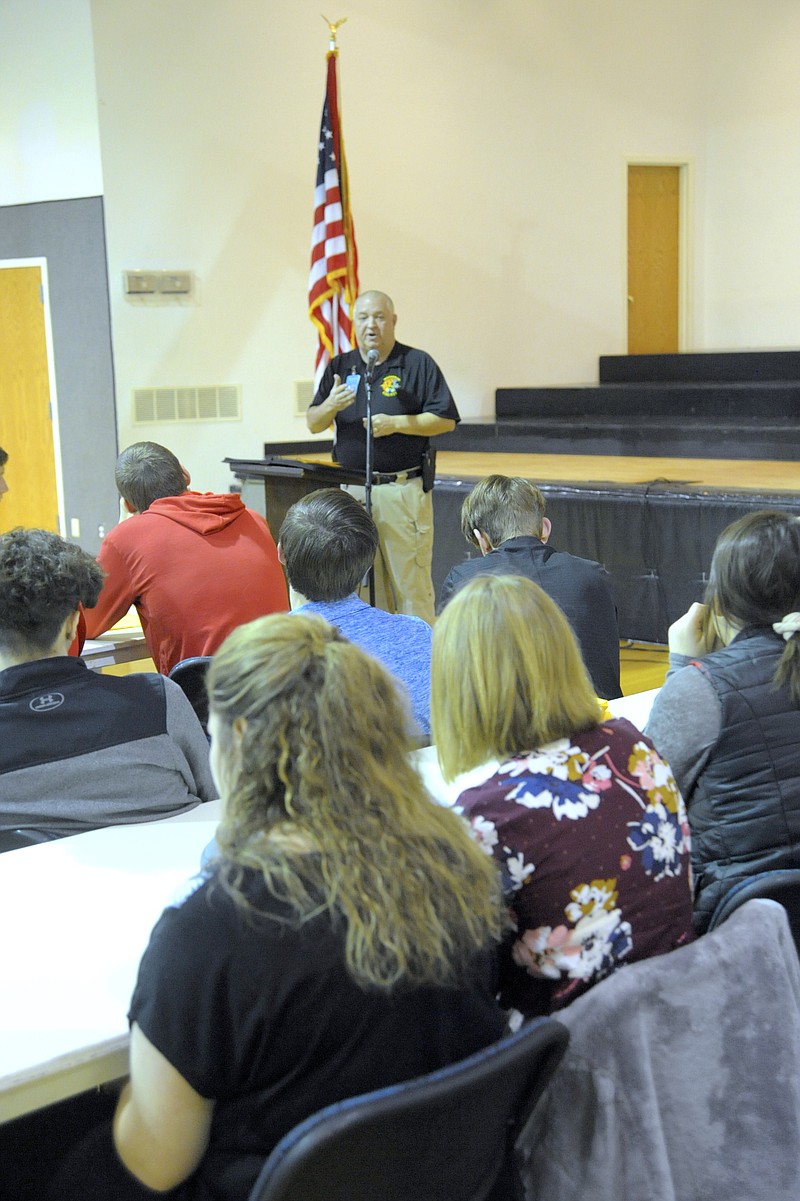 Because school curriculum focuses more on state and federal government and because students are more likely to interact with the county-level government as adults, local officials and retired teachers have committed to make this day happen for the past six years.

"We felt it was important," organizer Jeanne Edwards said. "We're fortunate our high schools are small enough we can accommodate them.

"The kids respond well and the teachers appreciate it."

This year, delegates to Legion's Missouri Boys State and the American Legion Auxiliary's Missouri Girls State were invited to lead a mixer at the beginning of the day.

Guest speaker Rick Bias, interim Moniteau County 911 director, shared his career story with the students before fielding questions about the 911 program specifically. He encouraged the students to make good decisions because there are always consequences, good or bad.

Each of the elected county officials took a few minutes to introduce themselves and their positions during the morning session at First Baptist Church.

"We hope the kids become knowledgeable about what goes on at a courthouse and put a face to officials," Edwards said.

After lunch, students toured the Moniteau County Courthouse and various offices before assembling in the court room at the end of the day.

Juniors interested in learning more about county government were invited to the day.

"In school, we learn a lot about national government," Colton Foss said. "It's cool to learn about local government."

For Austin Bolin and Molly Forsythe, who aspire to careers in law and government, this was a good introduction.