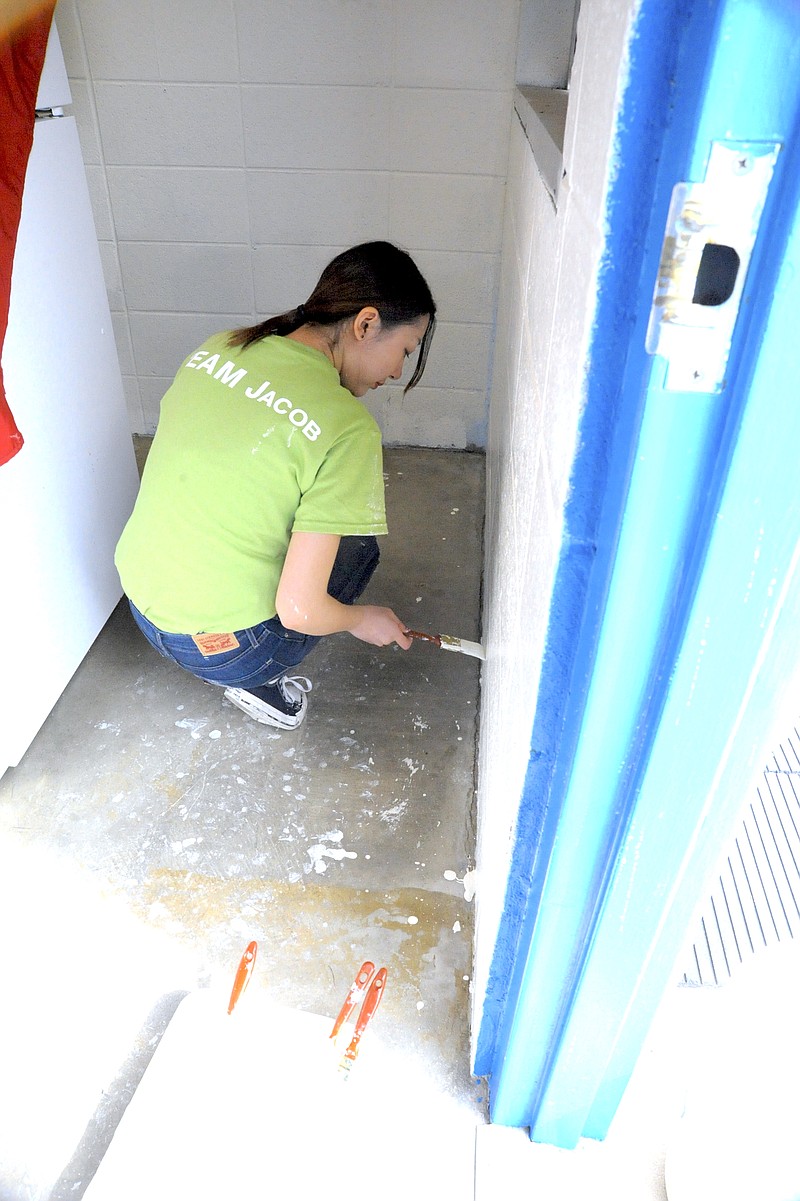 Five student volunteers from the University of Missouri spent the weekend painting, dusting and otherwise improving locations in California.

The Mizzou Alternative Breaks has been sending groups of students out on service trips since 1991. Throughout the year, student groups travel for holidays, breaks or weekends.

Locally, the students, who are part of a team of transfer students, cleaned Centennial Hall at the Moniteau County Fairgrounds, painted around the city pool and cleaned up outdoors around the Moniteau Christian Ministries Center.

They included Christian Aguirre, co-site leader, who transferred to MU from the state of California, Kelsey Wu, originally from China and transferred from Washington, and Ariel Hamer from Illinois.

Other volunteers served at a nursing center in Cass County, worked with 4-Hers in Putnam County, assisted at an animal shelter in Saline County, helped at a state park in Hickory County and restored gravestones in Dekalb County.

Since 2014, Mizzou Alternative Breaks has set a goal of providing community service in all 114 counties in the state. They work with local extension centers to identify projects, said Elaine Anderson, 4-H youth specialist for Morgan and Moniteau counties.

This weekend brought the program up to 97 counties served.

The program also has volunteered as far as Florida, Massachusetts and Texas. Trips often have a theme, such as helping animals, people with disabilities, in disaster relief, education, addressing environmental issues, and working with Habitat for Humanity.