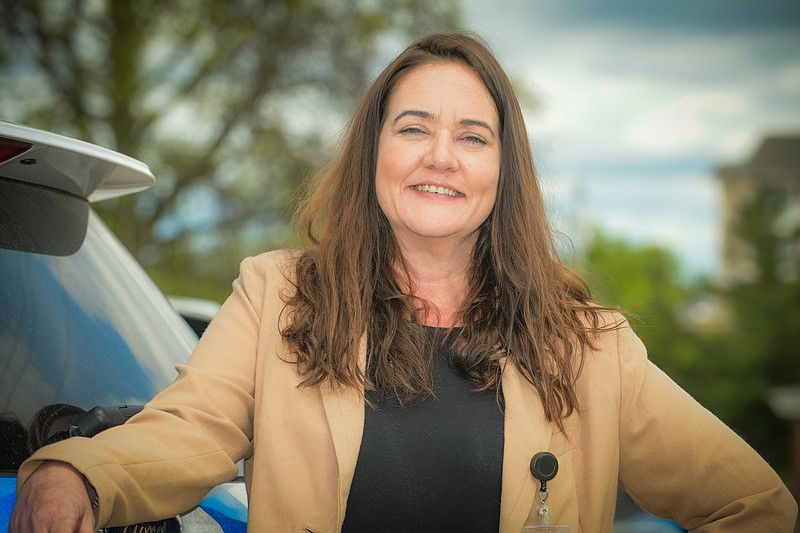 After only a few months on the job, Cole County/Jefferson City Emergency Management Coordinator Sierra Thomas said she's glad to be in a position where she can help people during a time of crisis.

"What I would regret would be just sitting around and twiddling my thumbs and not doing something," Thomas said.

Thomas was hired late last year and took over the job's duties Jan. 1 after Bill Farr retired as director, a position he held since 2008.

Thomas is a native of Cole County, having grown up in Russellville, with a lengthy background in emergency management. Her past roles include deputy director of Camden County Emergency Management, and she has worked with emergency services agencies in 13 Mid-Missouri counties.

"We are trained for pandemics, and the formal education I got at the University of Central Missouri in Warrensburg doing crisis management helped," Thomas said. "It opened my eyes that emergency management deals with not just tornadoes and flooding."

Thomas said she started getting information about the coronavirus in late December as it spread across Asia and made its way here.

"It was almost a textbook method in how it moved, but what's throwing everybody is it's changing so rapidly and hitting some populations that no one thought we would have seen," she said. "Response positions don't deal with this every day, so it's scary and new to the majority, but this has run like a pandemic would."

In Camden County, Thomas said, one of her biggest work projects was assembling a plan to deal with a Hell's Angels event.

"We had time and knew it was coming, but there was a lot to juggle," she said. "Right now, severe weather season has begun, and we've got the pandemic on top of that so I've got things coming from a couple of directions. I didn't think it'd be blue sky every day, but we're getting through it."

As they work through the COVID-19 emergency, Thomas said, the city and county are "working beautifully together."

"I'd heard stories how the two different entities didn't always get along, but our city and county are working together, and I know other counties aren't able to say that," Thomas said.

Thomas has been focused on getting public assistance so the city and county can be reimbursed for costs incurred during COVID-19.

"I'm trying to do more public outreach through social media to let people know what emergency management is about and what we do for them," she said.

As she started to think about the economy reopening and how hard the recovery will be, Thomas said she got an idea to help.

"I decided to create an event, or better yet a movement, to try and get our local economy up and going," she said. That movement is the "Made in Missouri May Challenge," which Thomas has publicized as a Facebook event starting May 1.

"We are in theory supposed to open up on May 4 when the state stay-at-home order would end, so how great would it be if everyone accepted the challenge and tried really hard to only buy products or pay for services that are created or offered here locally during the month of May?" she asked.

Thomas said the Facebook page will allow businesses to post their services or products for all to see. The idea is that if residents spend their money on local products, then local vendors will provide tax revenue and spend money locally.

"It's like the perfect cycle," she said. "We know what we're dealing with won't go away soon, and we have to ride it out."