Gentle Ben's Socks for the Homeless collects more than 4,500 pairs of socks for donation 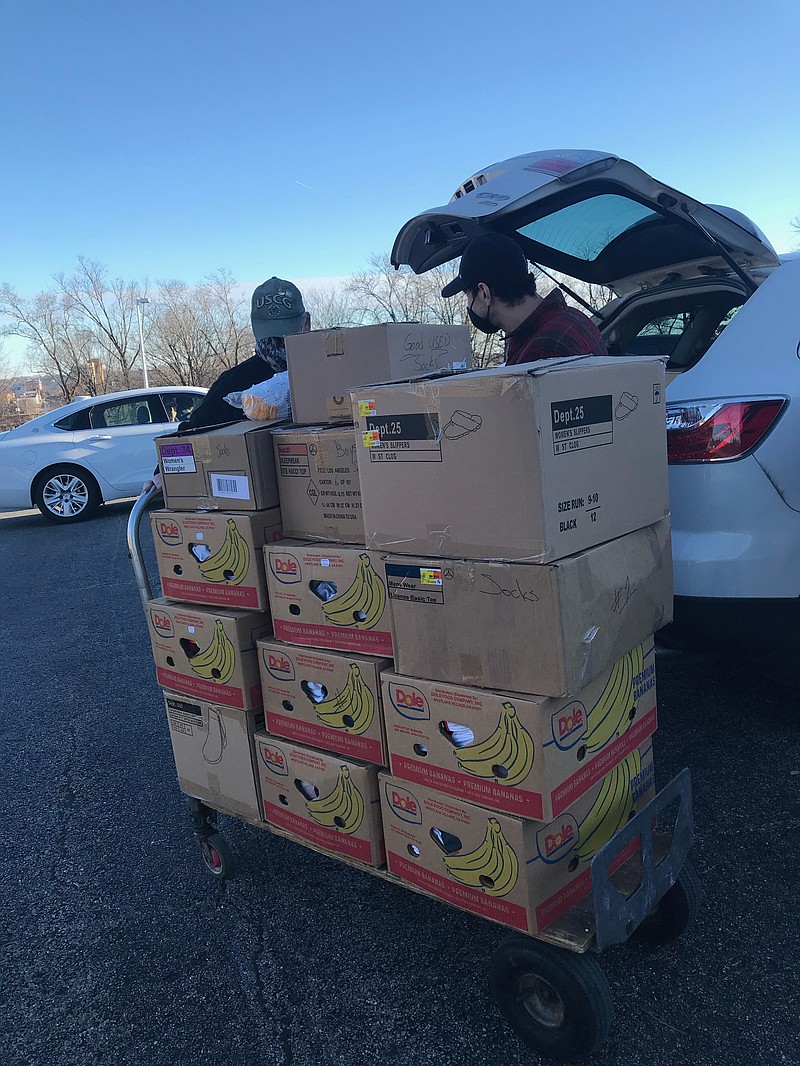 <p>Submitted</p><p>This year, Gentle Ben’s Socks for the Homeless was able to collect more than 4,500 pairs of socks. Ed Miller dropped off several donations at the Salvation Army in Jefferson City.</p>

Despite the challenges 2020 has brought for many, Gentle Ben's Socks for the Homeless managed to make it another successful one for donations to help the Mid-Missouri community.

This year, the nonprofit - now in its third year - set a goal of collecting 5,000 pairs of socks to donate to area homeless shelters. With the coronavirus pandemic making it difficult for the organization to host fundraising events, the goal was initially lowered to last year's total of 3,000, but ultimately more than 4,500 pairs of socks were collected for local shelters thanks to community support.

Ed and Janet Miller, the nonprofit's founders and parents of the late titular Gentle Ben, collect mostly new socks, and those are the ones that go toward the final donation count each year. The nonprofit does, however, accept used, like-new socks that still have a lot life left in them. This year also saw several monetary donations compared to the past few years. Janet Miller said that money goes straight into purchasing more pairs of socks to donate.

"We'll just go out and buy the socks, and 100 percent of the money that we collect goes towards socks; we don't keep anything for expenses. We take none of the money," Janet Miller said. "We just thought it was important because people were wanting to buy socks, and that's what we did we the money."

With the inability to host fundraisers this year, Gentle Ben's really relied on local support, coverage by KOMU 8 and an article in Missouri Life Magazine, which helped garner not only a local but also a statewide audience. Collection bins were set up at Grind in California and Schulte's Fresh Foods in Jefferson City, where community members were able to drop off socks or monetary donations.

Since the Millers originally hail from Marshall, a lot of donations were collected there, as well through the help of a friend. But since moving to California two and a half years ago, the community support the nonprofit receives continues to grow, the Millers said.

The Millers said they hope to continue to grow and to help as many people as possible. Depending on where socks are needed, they plan on adding another shelter into the mix for next year.

Donations are accepted year-round. For more information or to donate, visit www.gentlebenssocks.org.

Print Headline: Gentle Ben&#8217;s Socks for the Homeless collects more than 4,500 pairs of socks for donation