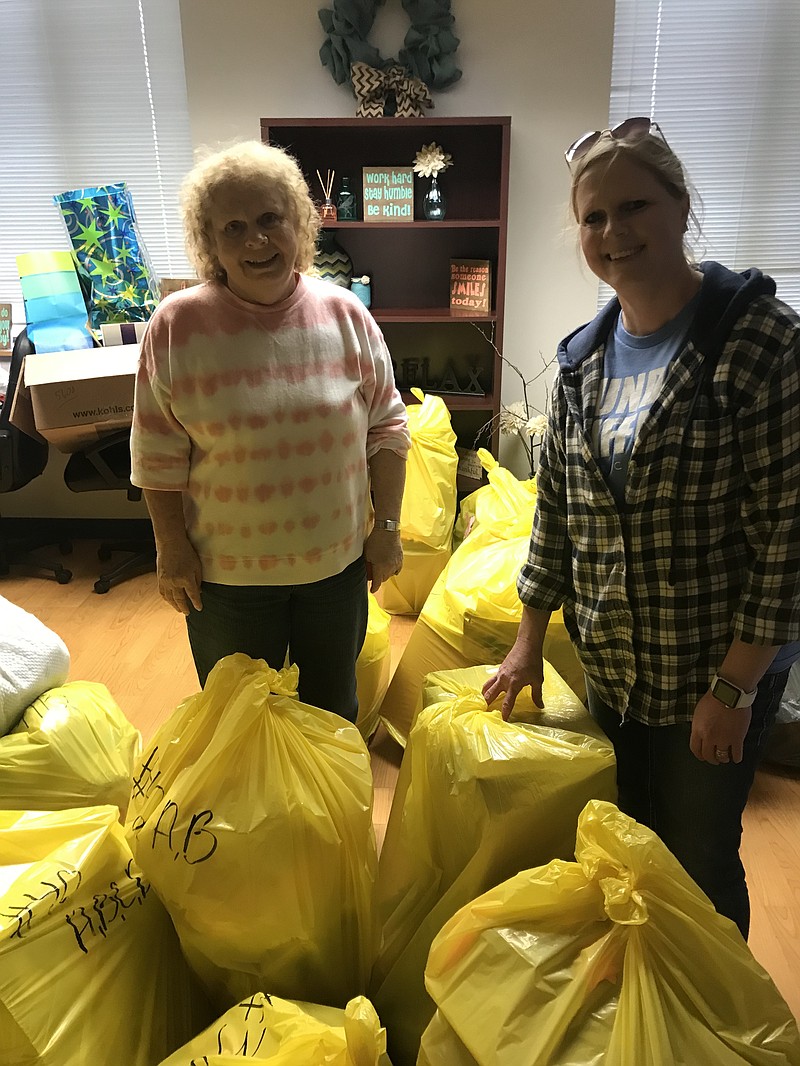 Lori Heather, right, and Mary Lou Porter helped to unload bags filled with Angel Tree donations at Central Missouri Community Action's California office Wednesday, Dec. 15, 2021. Philip Porter also lent a hand from the back of a small trailer in the parking lot. Heather is set to take over as Angel Tree coordinator in 2022. (submitted photo)

Between the Moniteau County Toys for Tots and Angel Tree programs, there's no shortage of ways for community members to give back locally each holiday season.

After last week, yet another effort to help spread some joy among Moniteau County's population has joined the list in the form of Central Missouri Community Action and NurseServ's Blessing Baskets.

In collaboration with NurseServ's Jennifer Riggs, Jenn Millard -- CMCA's Community Organizer for Moniteau and Osage counties -- joined the campaign, and the pair hit the ground running after Thanksgiving to put together Blessing Baskets filled with items for those who live at California and Tipton's nursing homes that may not have family visiting them during the holidays. The idea, Millard said, is to provide a gift for elderly community members who may be feeling isolated this season.

Millard said she signed on after being approached by Riggs with the idea, thinking it would be a great idea and something they could "grow" during the 2022 holiday season. The pair reached out to groups throughout the community, namely churches, seeking contributions. California's schools also lent a hand, and some community members even donated hand-crafted items and money to be spent on other needed items for each basket.

Baskets were comprised of items like socks, blankets, toiletries like lotions and chap sticks, puzzles, calendars and other room decor, and other treats.

The initial idea was to collect enough donations to fill 25 to 30 baskets to be distributed at a nursing home in Tipton and at Moniteau Care Center and California Care Center; staff at the three facilities said around 22 individuals would make for good basket recipients. Ultimately, they filled 30 baskets, with the help of the California High School Art Club.

Baskets went to nursing homes Friday, Millard said, but not before she'd realized that generous support from Moniteau County citizens had definitely increased the scale of what she thought they'd be able to accomplish in the program's first year of giving. As of last Wednesday, an entire room at CMCA's California office was filled with donations -- both for Blessing Baskets and for the Angel Tree program -- to the point where there was just enough room to walk through from one end to the other single-file.

"We just keep getting stuff," Millard said last Wednesday. "...(We have) 55 blankets, I think my last count was 70 pairs of women's socks, 40 pairs of men's socks. I mean, just way more than what I ever expected."

It's a good feeling, Millard said, knowing how many people in the community are willing to pitch in for an effort like this one, especially considering the amount of other charitable options that already exist.

"I feel like sometimes we ask a lot (from) the community... and so it was just amazing to see that they were still very interested in giving, even though they give throughout the year," Millard said.

Millard said she thinks there's even more of an element of empathy at play in this case, since their approach for seeking donations was to let people know that they were meant for individuals who may not be getting their own Christmas gifts this year, rather than just asking for something ambiguous. It hits close to home when people think about their own loved ones who may be in a similar situation and feeling a bit more isolated this time of year, she said. Millard herself has a pair of grandparents in their 90s who live next door to her mother so she knows they are well-taken care of, but if they didn't have family so close by, she said she'd want them to have something like this to bring them a bit of joy.

It's been a good "test run," Millard said, and helped to give CMCA and NurseServ a better idea of the variety of donated items they can expect to receive next time around.

It's also allowed for some brainstorming of ideas for ways to expand next year. Millard said she hopes to consider home-bound community members in 2022, rather than just folks at the nursing homes, perhaps working with churches to see if any home-bound members of their congregation might make for good candidates for a Blessing Basket.

"...I felt like this was a great project and I'd love to continue seeing it go on, especially with all the support there was," Millard said. 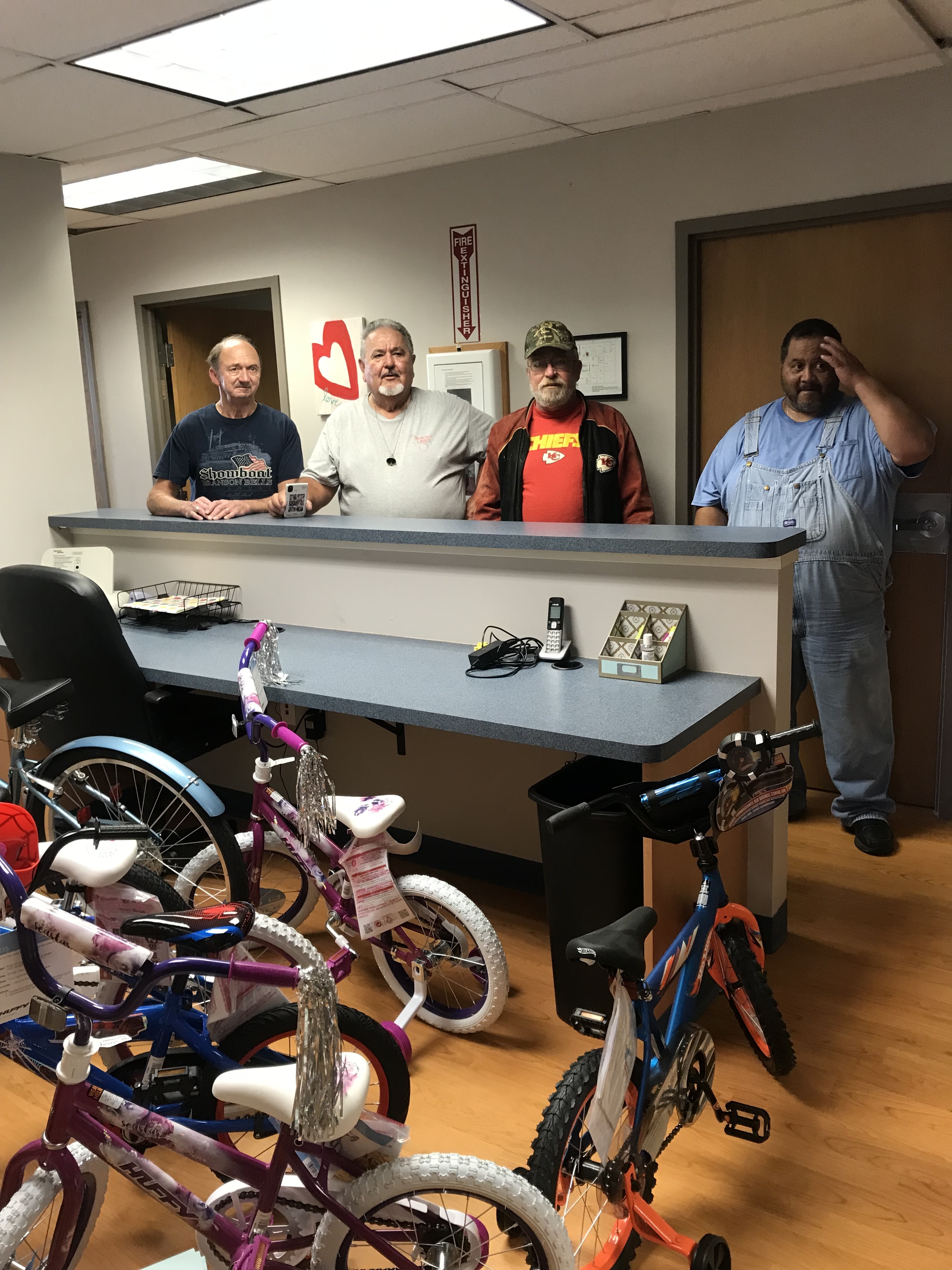 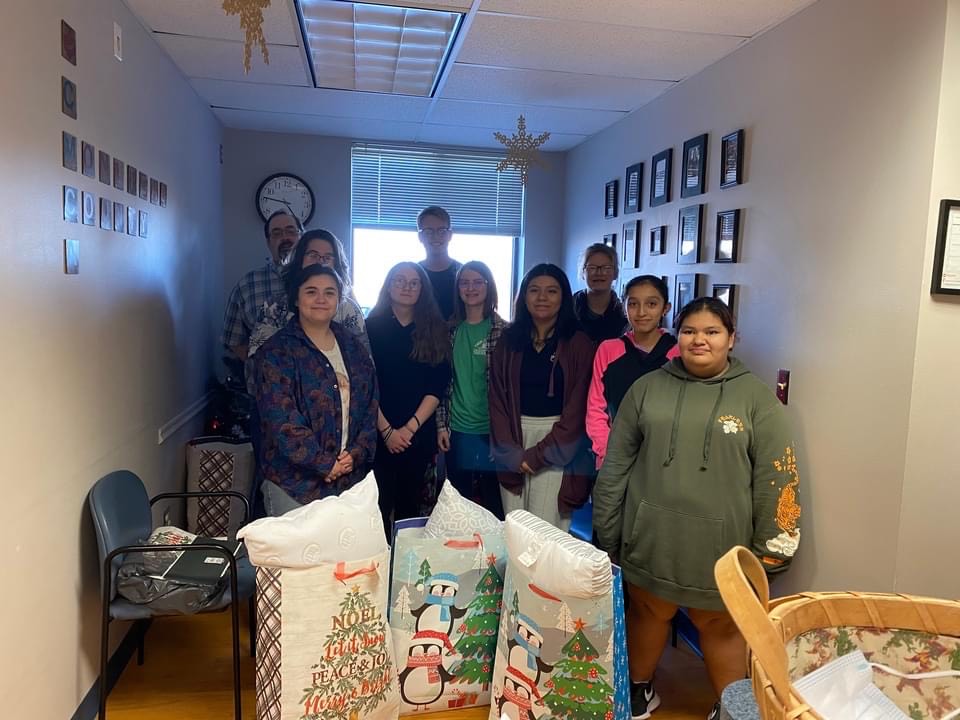 Submitted The California High School Art Club helped to fill 30 Blessing Baskets last Wednesday, which were distributed at nursing homes around the county on Friday.