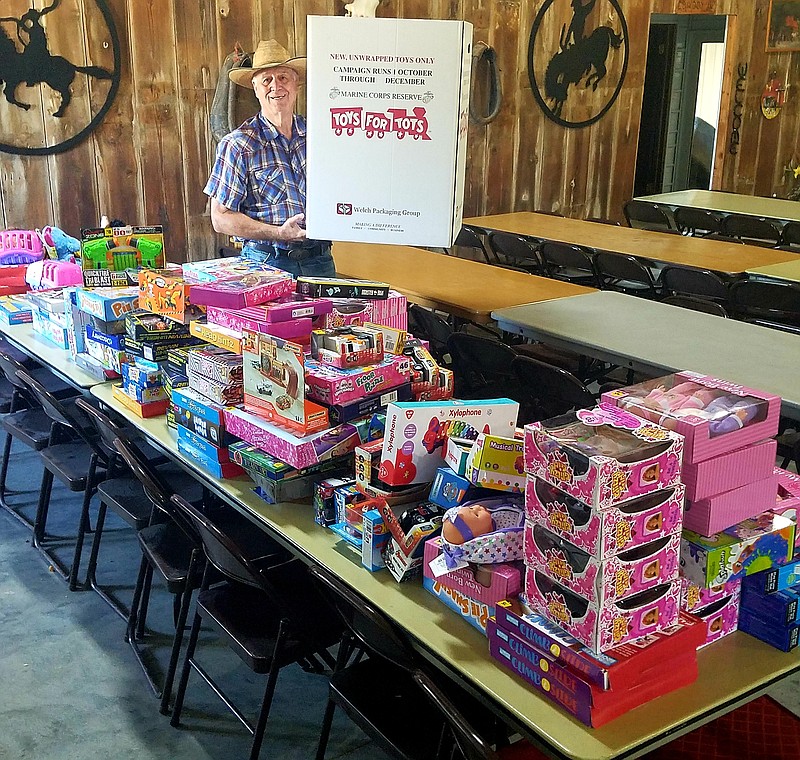 As Moniteau County's Toys for Tots program begins its preparation for the holiday season, there's another item on the agenda to prepare for looking beyond 2021 - finding a new coordinator.

Moniteau County Toys for Tots coordinator Dan Mesey and his wife, Carol, plan to step away from guiding the program after 2021, and Mesey's work is already underway to find a suitable hand to help steer the program in the future. The goal is to find someone before the end of the year, since they must submit their coordinator application to the Marine Corps in January.

Moniteau County's Toys for Tots outreach is entering its fifth year, Mesey said, but his hope is that someone will "step up" to bring toys to children in need for even more years to come.

"We have to have a coordinator that truly believes in it and understands the importance of it," Mesey said. "Like I tell everyone, it's not the toy. The toy is ensuring that kid grows up with self-esteem, self-respect and dignity. If we want a productive society, we have to start with our kids, and we can't have the attitude of 'Well, it's not my kid, so why do I care? It's not my responsibility, it's not my child.' It's all of our responsibility."

Despite their plans to cede the reins to someone new, Mesey said he and Carol don't plan on going anywhere. They'll lend a hand and remain involved, he said, so as to help ease the transition for whoever takes on the role next.

A number of responsibilities come with job, Mesey said - soliciting donations, placing donation drop boxes at locations around the county starting in November, sorting toy donations by age group and gender, and completing roughly three to four hours of paperwork providing status updates to the Marine Corps per week. Mesey said these duties ultimately boil down to about 10 hours of work each week, starting in October and extending through the first week of January.

Above all, though, Mesey said it's most important a new coordinator is committed, compassionate and possesses a high level of integrity. That especially extends to interacting with the families who apply to receive toy donations, he said. It can be difficult to ask for help, but encountering an environment where Toys for Tots volunteers are cheerful and willing to lend a hand without passing judgment can make all the difference. That can cause any uneasiness to fade away for the community members Toys for Tots aims to help, Mesey said.

"When the next coordinator experiences that, at that point they'll understand that it's not about toys," Mesey said. "I need that kind of compassion in a coordinator."

Regardless of the level of work involved, Mesey said the new coordinator will be helped by a system that has been developed and refined in the time he has been at the helm. After all, he completed some of the more involved work when he brought the program to Moniteau County himself five years ago and played a role in building it from the ground up.

The result, he said, is a community that is more than willing to support the program's efforts, thus eliminating a need to inform the community about what Toys for Tots is all about. That's evidenced by the reserve funds the program has been able to build up ahead of this year, Mesey said.

Mesey said he and Carol would be open to having anyone interested in the role shadow the pair as they collect donations in the coming months.

Besides finding a new coordinator, Mesey said he foresees supply chain disruptions as another challenge for this year.

Currently, Moniteau County Toys for Tots is soliciting applications, which are due Oct. 31. Families that don't apply through their school district can also contact the Meseys at 660-427-5645 to obtain an application. Completed applications can be mailed to the Meseys at 3819 Hwy O, California, MO 65018.