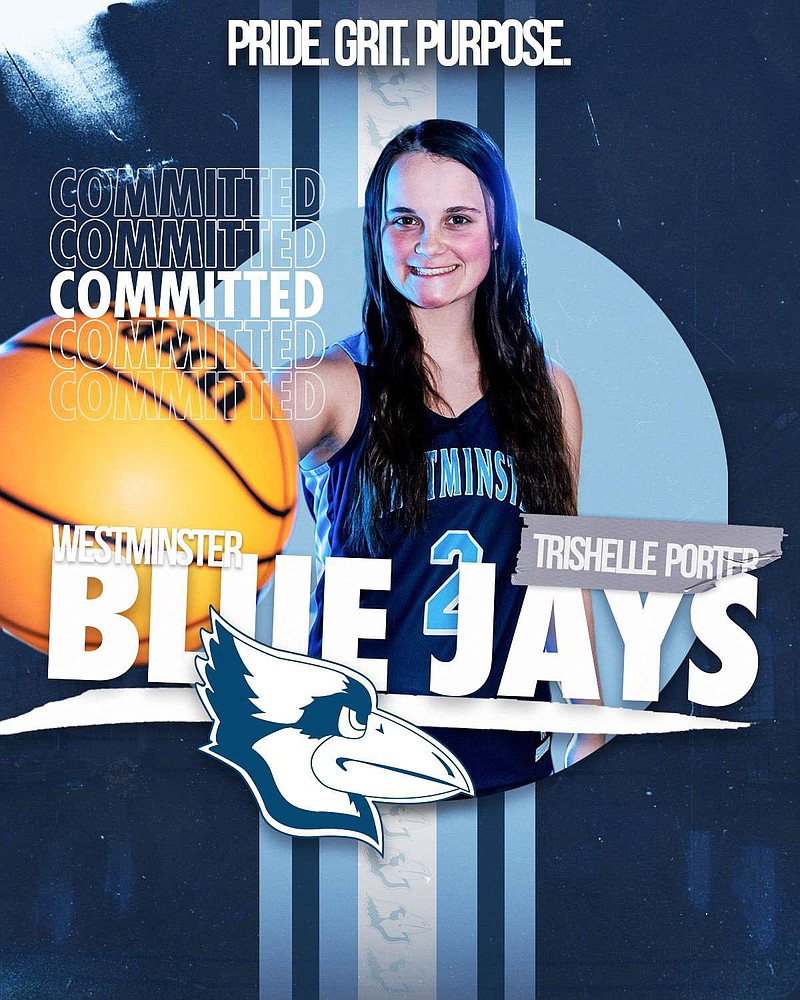 Trishelle Porter, of California, has committed to continuing her basketball career at Westminster College.

Porter considers herself fortunate to still be playing basketball after suffering a horrific leg injury in an ATV accident in 2020 the required multiple surgeries. Porter originally thought her leg injury would end her career. She defied the odds, worked her way back into basketball shape and returned to the Lady Pintos roster for her junior season in 2021.

In her senior season, Porter helped the Lady Pintos win the Class 4 District 10 championship with an record of 19-6. Porter broke her career high in points twice in the season, scoring 27 points Jan 6. against Eldon and 33 points on Feb. 7 against Versailles. Porter scored 384 points in the season and hit a career-best 78 3-pointers.

When her high-school career ended in March, Porter wanted to continue her playing career in college. She was in luck when multiple colleges showed interest. Porter said that after much "prayer and consideration," she chose to make Westminster College her new home in the fall.

When the 5-foot-6 guard made her announcement of commitment on Twitter, she had nothing but thank yous for everyone who had be a supporter of hers throughout her journey to Westminster.

"First and foremost, I want to thank God for everything he has provided me with and blessing me with the opportunity to play at the next level," Porter posted last Monday. "Next, I would like to thank my family, especially my parents. From driving me to games and practices, being my biggest fans, and me grow on and off the court; I couldn't be more thankful for that. To the Missouri Phenom programs and coaches, thank you for the endless amount of opportunities you have provided me with and helping me become a better player and person. I would also like to thank the all my California Lady Pinto teammates and coaches who have supported me the past four years. Lastly, I wanted to thank everyone else who has played a role in helping me become who I am today. With that being said, after much prayer and consideration, I have decided to further my academic and athletic career at Westminster College."

Porter will be joining her sister, Tristan, who announced her commitment to Westminster on Monday.