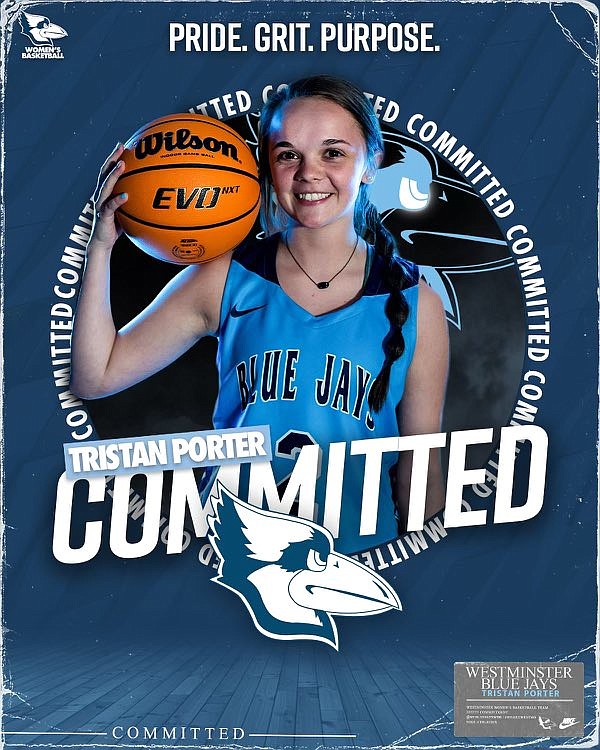 Two Porters are better than one.

Former California High School star basketball player Tristan Porter has chosen to transfer from Columbia College to Westminster College to continue her basketball career and finish her major in biology. She'll also play with her sister, Trishelle, after her younger sister committed to the Blue Jays two weeks ago.

In her high school career, Porter was named to four All-Conference teams, four All-Districts teams and was a member of the Class 3 All-State team in 2020. Porter also won five tournament MVP awards, was a two-time most outstanding offensive player, and scored 1,302 career points with the Lady Pintos.

One of six children to Doug and Melanie Porter, Tristan first started playing basketball when she was in second grade with her sister. Both sisters always played for the same AAU team -- competing for Upward, California Rec, the High Point Blue Jays, the Lady Rage and the Lady Spirit.

In her freshman season at Columbia College, Porter played 51 minutes in 14 games but did play an instrumental part in the Lady Cougars run to the AMC Conference Tournament title and a berth in the NAIA National Tournament with a record of 26-7.

Porter made the announcement about her transfer to Westminster on Twitter, as did her sister did before.

"To my friends, family, past coaches, and organizations, thank you for continuing to support me through anything I do," Porter said. "God always has a plan behind everything and I'm excited to see what his plans hold for me. With that being said, after several prayers, I am excited to announce my academic and athletic career at Westminster College. Life has come full circle, I'm a Blue Jay again."

Porter said that she hadn't had the same love and desire to play basketball as she had in years past before making her decision to transfer, which is partially why she decided to make her move. Tristan rediscovered her love and passion for basketball during her freshman season at Columbia College and has now reunited with Trishelle to continue her legacy.

"After having so much fun playing with Trishelle growing up and having the competitiveness that we bring to any team, going through the transferring process, I thought playing college ball together would be such a rewarding experience for both of us," Porter said. "Now that we're both playing together at a school 50 minutes from home, we're both so excited to have home town fans, friends and family come watch us live out our childhood dream, while winning championships together again."

Westminster advanced to the SLIAC championship game before losing to Webster University 82-71. Now Tristan and Trishelle are going to bring their family chemistry to the Blue Jays.

"Trishelle and I have always been so close, and supportive towards each other, Porter said. "Although, we were supportive of each other, we have also been so competitive. Having two older brothers so close in age we have had that competitive drive from day one. Our parents instilled in all of us that nothing is ever going to be given to us and that if we want something we're going to have to work for it. Well we took those words and ran with it. Whether it be basketball in the driveway, working over at the farm, getting to the bus first or even taking a shower first, we have all always wanted to be first at everything we do. I know that the competitive drive and chemistry we bring to Westminster is going to help us win Championships and have lots of fun." 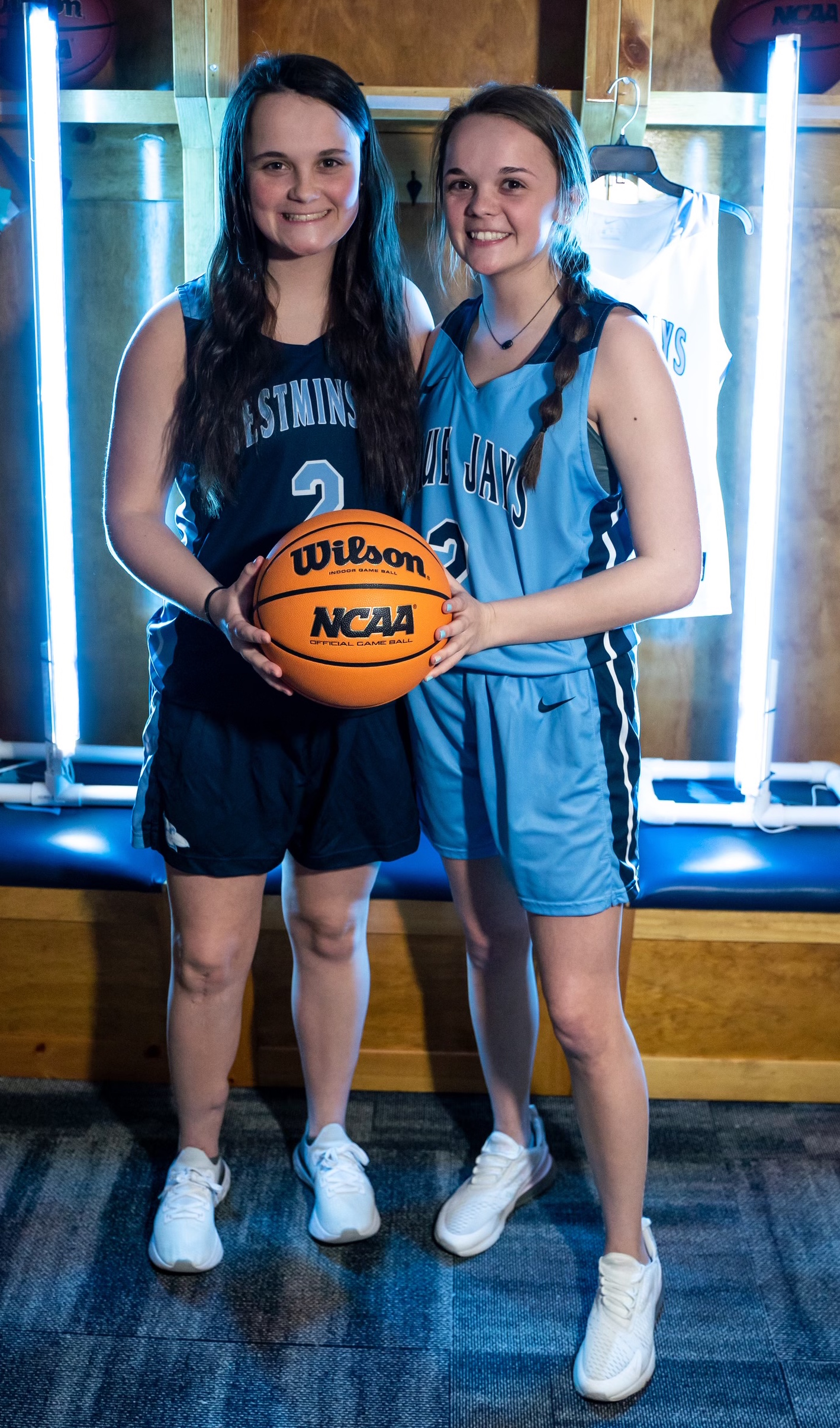 The Porter sisters will play together again in October for Westminster. 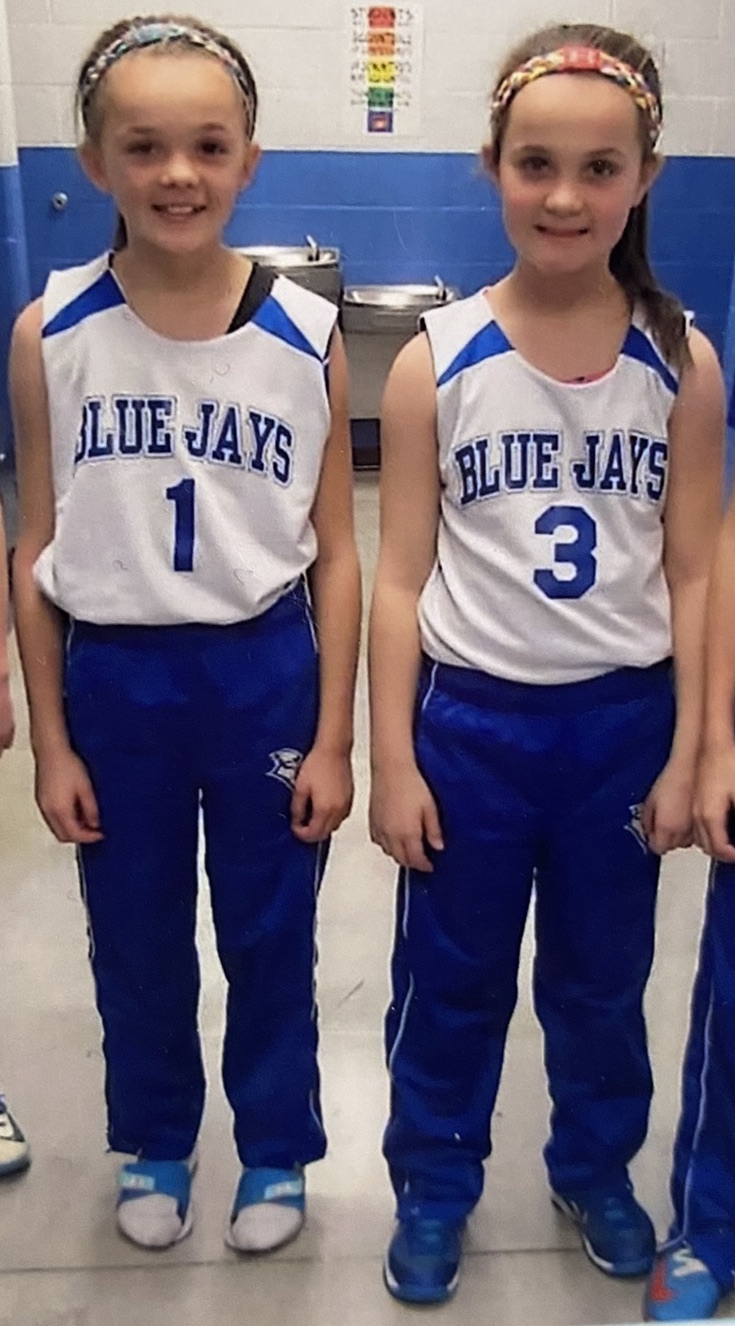 Tristan Porter (left) and her younger sister Trishelle (right) played together for the High Point Blue Jays in grade school.