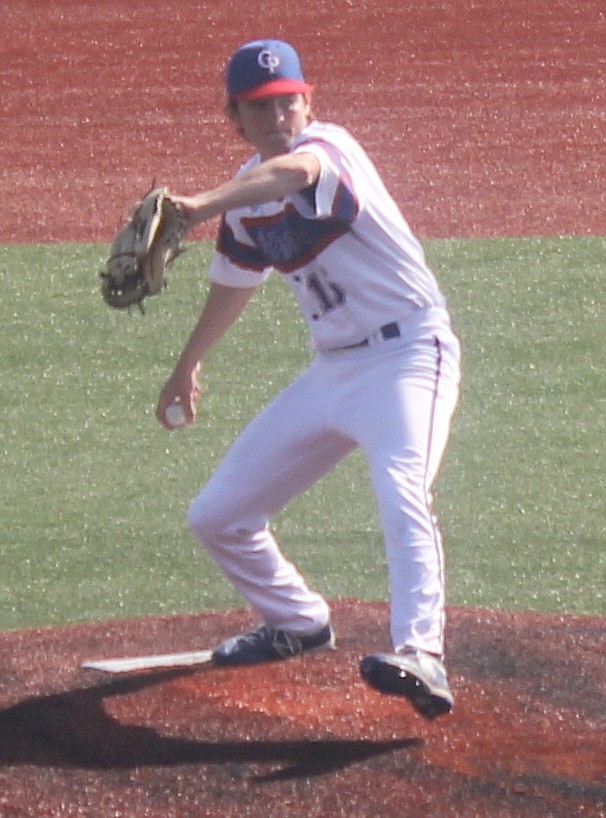 Junior Martin Kilmer pitched 8 2/3 innings in California round 1 win against Warsaw on Friday.

The Pintos won the tournament last year by defeating Warsaw 18-3 in the championship game and faced the Wildcats in the first round this year. The Wildcats came out of the gate strong, jumping out to a 4-0 lead but then the Pintos fought back to cut the Warsaw lead to 4-3 in the fourth inning.

California starting pitcher Martin Kilmer started to find his rhythm and the strike zone, blanking the Wildcats in the fifth, sixth and seventh innings.

"We've had three or four games where we've had one inning with two or three errors and we give three, four, or five runs," California coach Steven Stock said. "But credit these kids. When they play 12 innings and allow a team to score in only one of those 12 innings, there are doing some things right. Martin Kilmer was unbelievable on the mound. I think he pitched nine innings. He got to his pitch total, so we had to take him out. Then Calen (Kruger) came in and basically shut it down. And it was kind of fitting that Martin took a pitch off his arm to drive in the winning run."

The Pintos came back to their home field Saturday and defeated North Callaway 8-3 in the semifinals after the Thunderbirds committed five errors to help the Pintos pull away in the later innings.

California then advanced to take on Smith-Cotton's JV team in the title game. The Tigers scored first to take a 1-0 lead before California broke the game open with five runs in the second and two in the fourth as the Pintos went on to post an 8-1 win.

In California's wins Saturday against North Callaway and Sedalia, Stock said his team played solid baseball, barring a couple of mistakes in the outfield and wild pitches. Regardless, the Pintos were able to command both games after they took the lead and they didn't look back.

"Our kids threw the ball well of the mound against North Callaway," Stock said. "Defensively, we had a mistake here and there. But more than anything, we had a couple of fly balls that the wind made tough and we didn't make the plays and gave them a couple of runs. But all in all, we felt like we were in solid shape and the kids played solid baseball. When you throw the ball in the strike zone, good things happen.

"Against Smith-Cotton, when we put the ball in the strike zone, they didn't do a bunch," he continued. "The only scoring opportunities we gave them was on a couple of walks. But Drake (Schlup) was a competitor, and we've been working with him on the mound. This was a good chance to give him a shot. He got himself in trouble and he got himself out of trouble. So he got the win for us and that what we're looking for."

The Pintos are back on the diamond on Friday to host the Warrensburg Tigers. 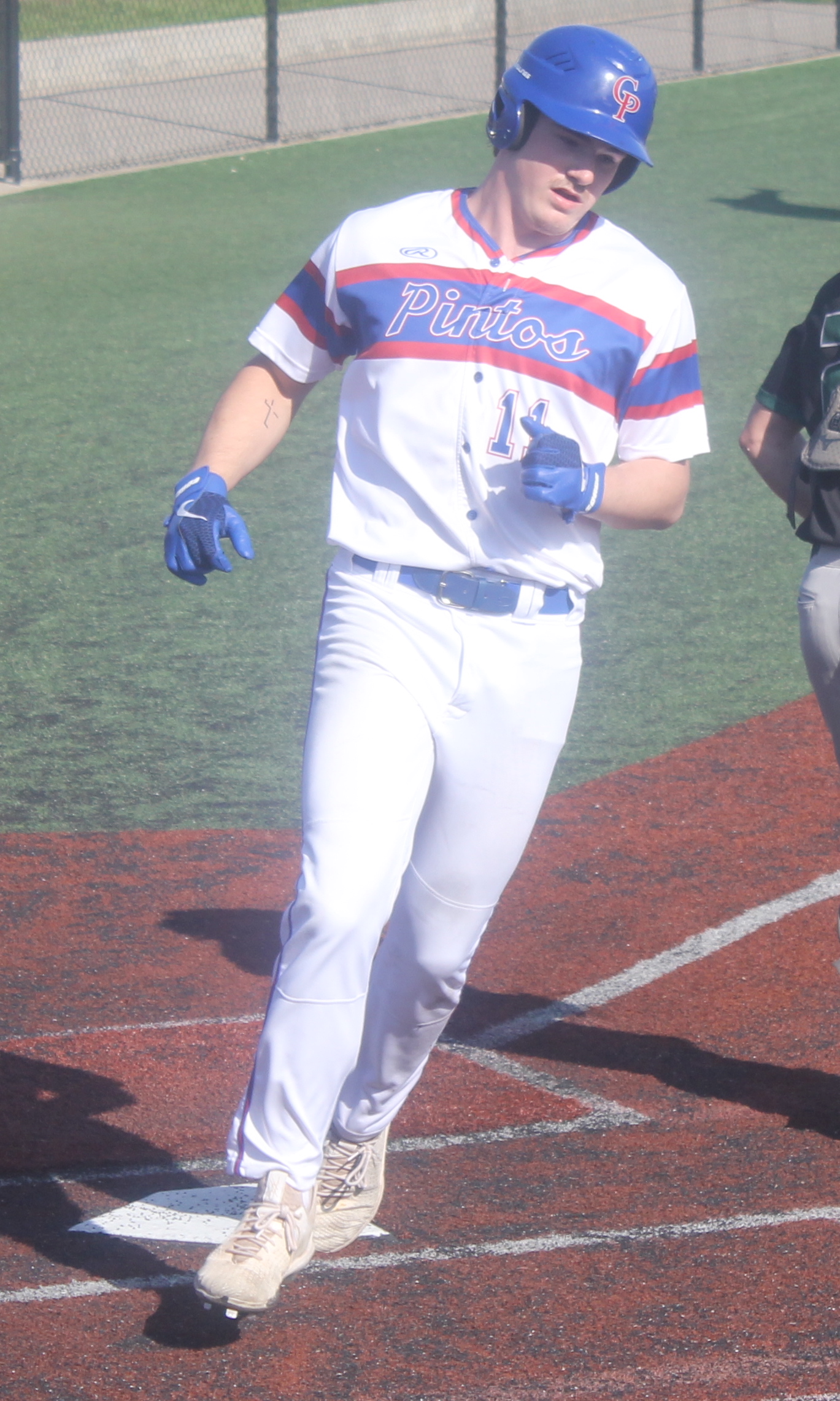 Senior Trevor Myers gets the Pintos on the board against Warsaw. Sparking a Pintos 5-4 comeback win against the Wildcats on Friday. 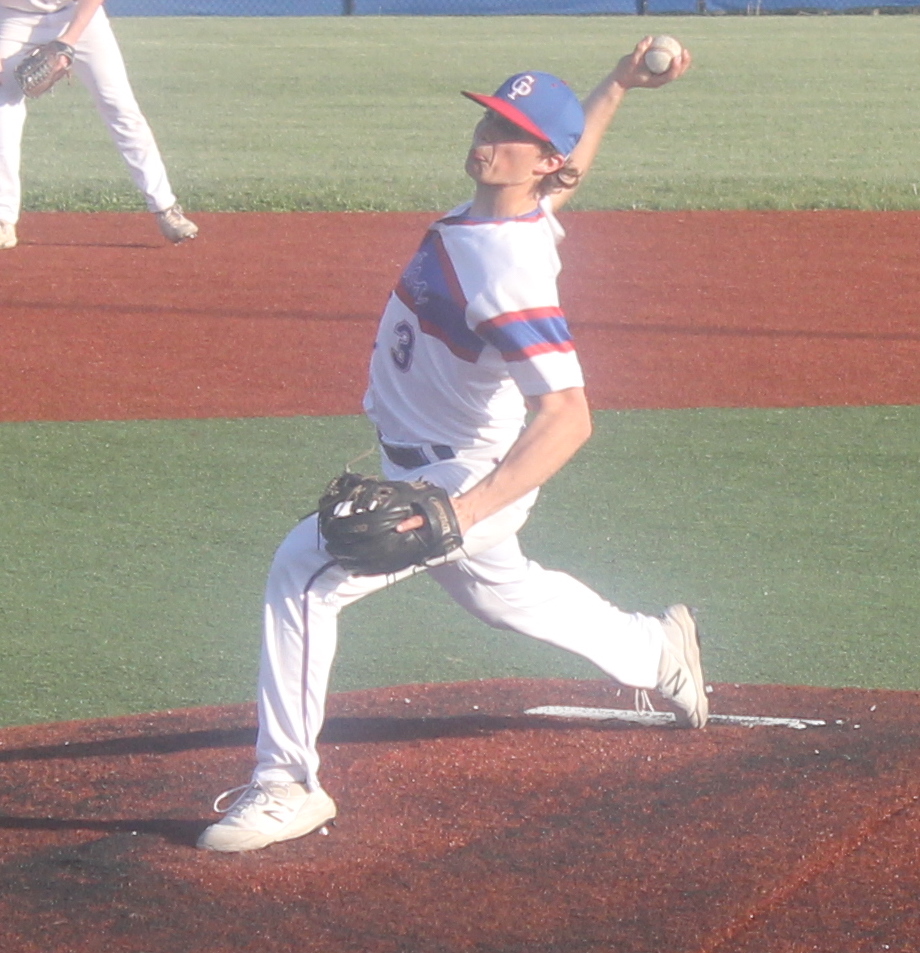 Senior Calen Kruger picked up the win for the Pintos against Warsaw in 12 innings. 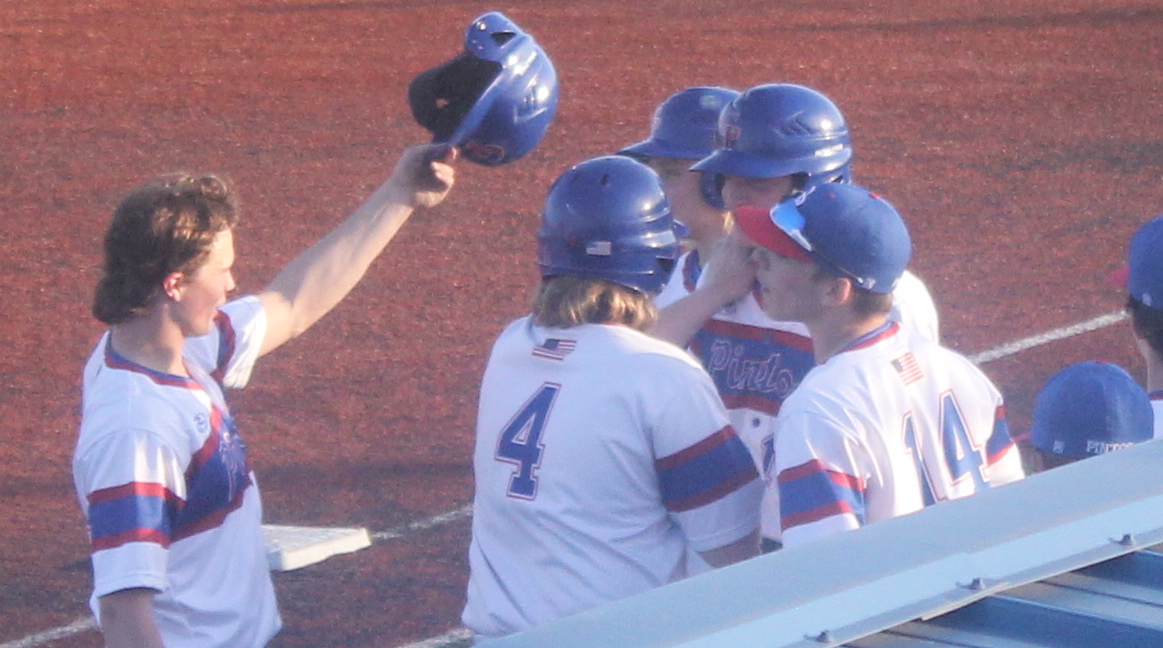 The Pintos congratulate junior Martin Kilmer on his walk-off hit by pitch against the Warsaw Wildcats on Friday night. 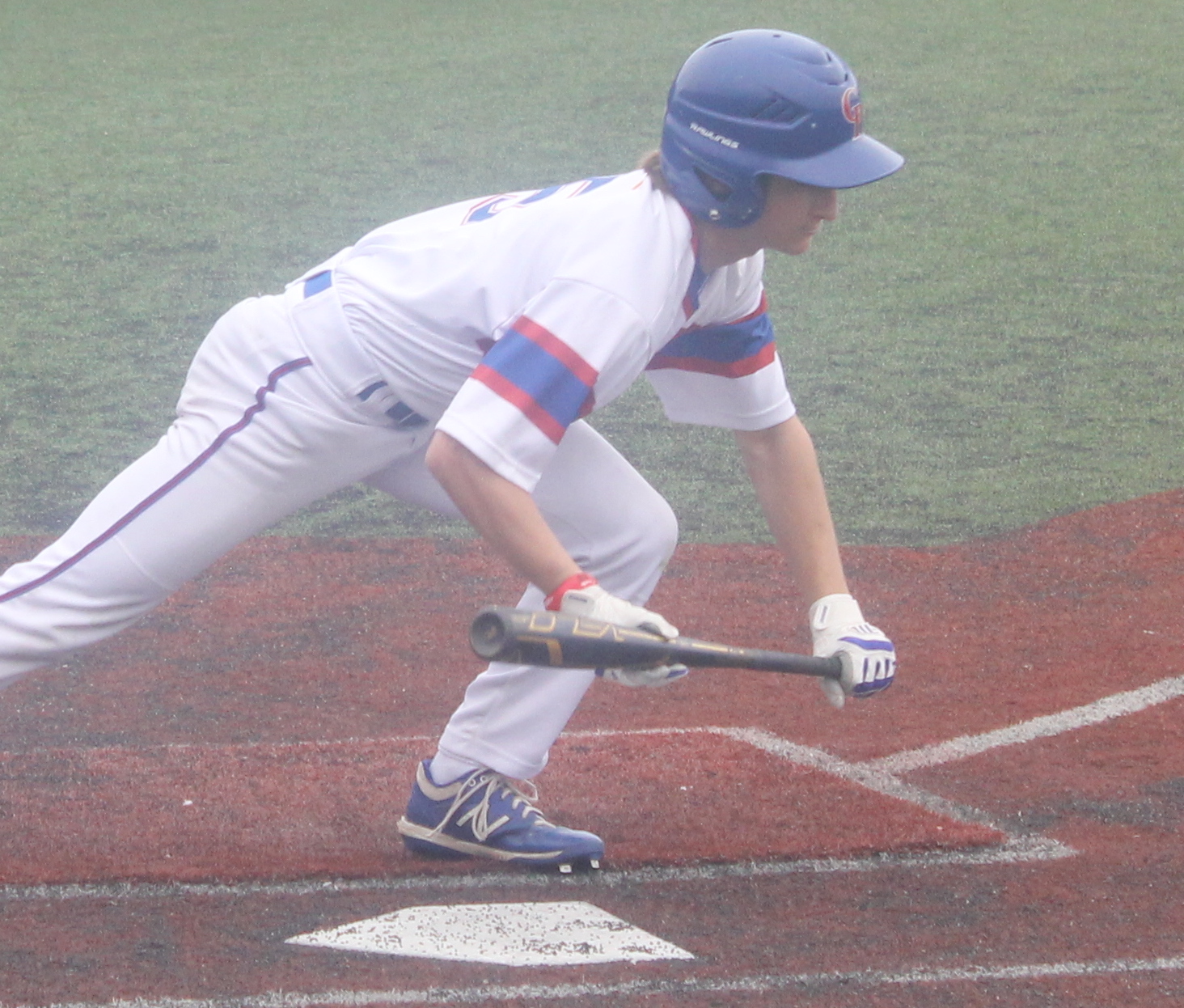 Sophomore Cameron Combs bunts and moves up a runner to third base as part of a five-run second inning against Smith Cotton. 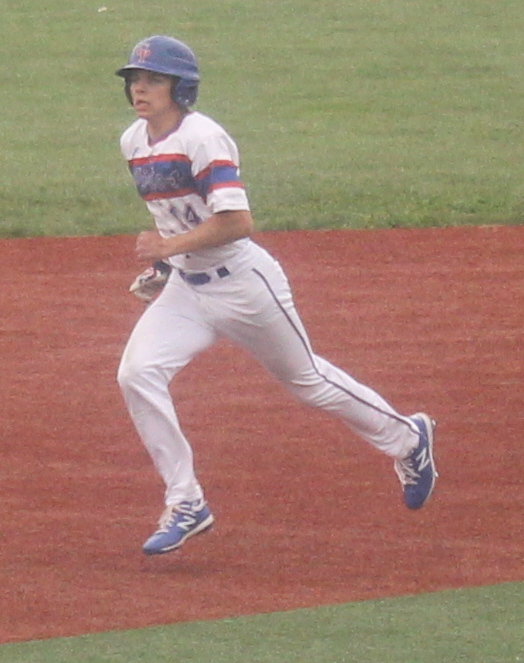 Senior Drake Schlup makes his way to third base in the Turf War championship game against the Smith Cotton Tigers. 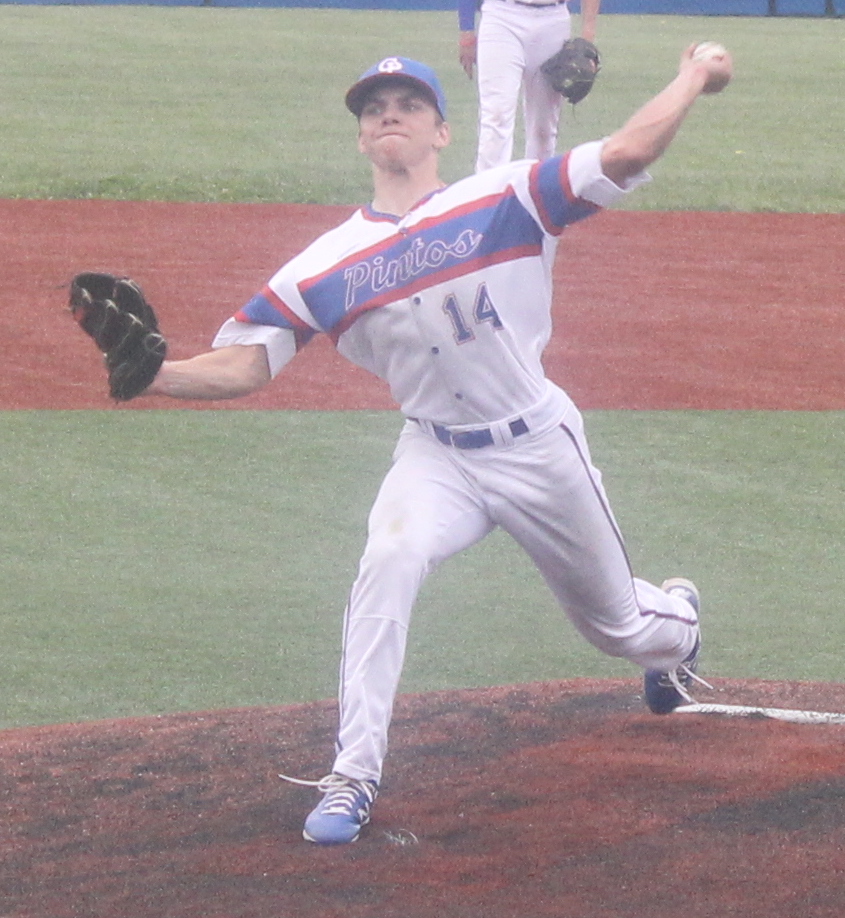 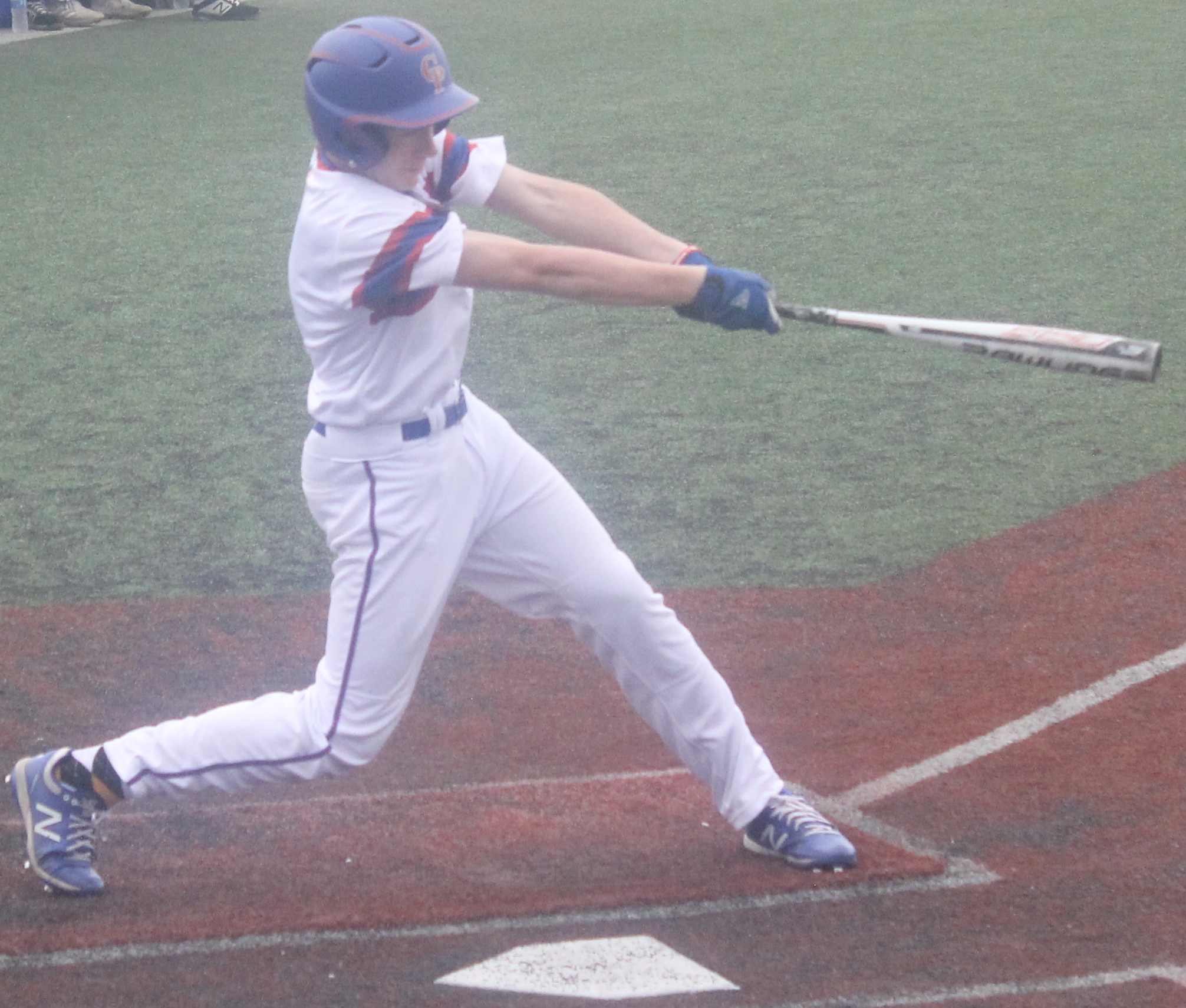 Sophomore Will Edwards records an rbi single to give California a 6-1 over Smith Cotton in the four inning.