School board swears in election candidates 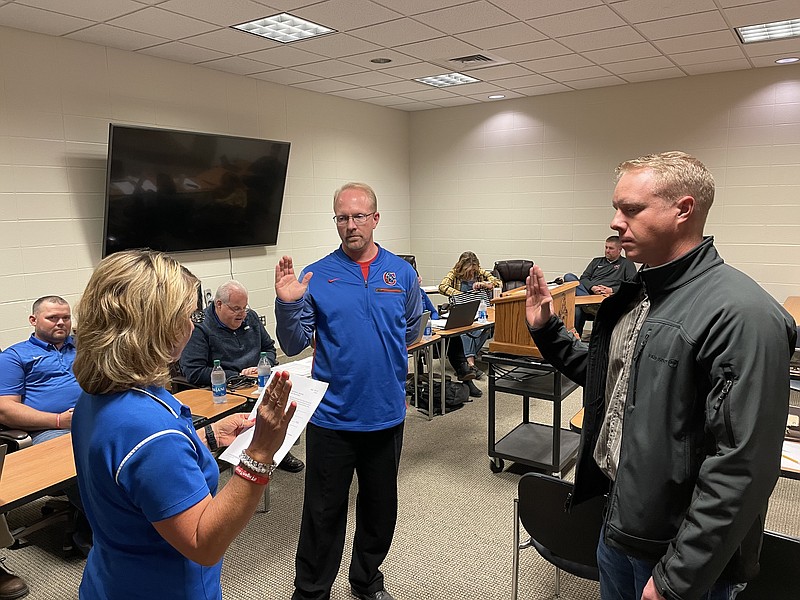 Returning board member Derek VanLoo and newcomer Ryan Porter won their bids for positions on the board for the April 5 election. Board Secretary Susie Gorrell swore both candidates in as they took their oaths of office.

The California Future Farmers of America (FFA) "Conduct of Chapter Meetings Team" treated board members to a mock-meeting in order for students to prepare for the FFA state convention.

Teachers Jamie Shewmake and Kimberly Scheidt demonstrated the effectiveness of the district's pre-K program by detailing how an extra year of school before kindergarten can develop students' learning and social skills.

Through games and fun activities, Shewmake and Scheidt teach children the basics of math, spelling and other subjects. School is made fun as students engage in play helping them remember what they need to move forward into the next year.

The teachers said they want to expand the pre-K program and will evaluate funds to see if this is a possibility.

The board approved a measure regarding the Moniteau County Hazard Mitigation Plan. Members voted to release a letter of support for the plan on behalf of the school district. According to a statement Superintendent Dwight Sanders issued, by writing this letter, the board places California schools in line for assistance.

The plan would offer resources to the area in the event of a natural disaster, allowing the district access to funds from federal and state emergency management agencies.

The board accepted a California High School class of 1972 donation of a plaque which said, "As you pass through these doors, embrace what is. Steer toward what yet may be."

The plaque is to be placed on the entryway of the high school. 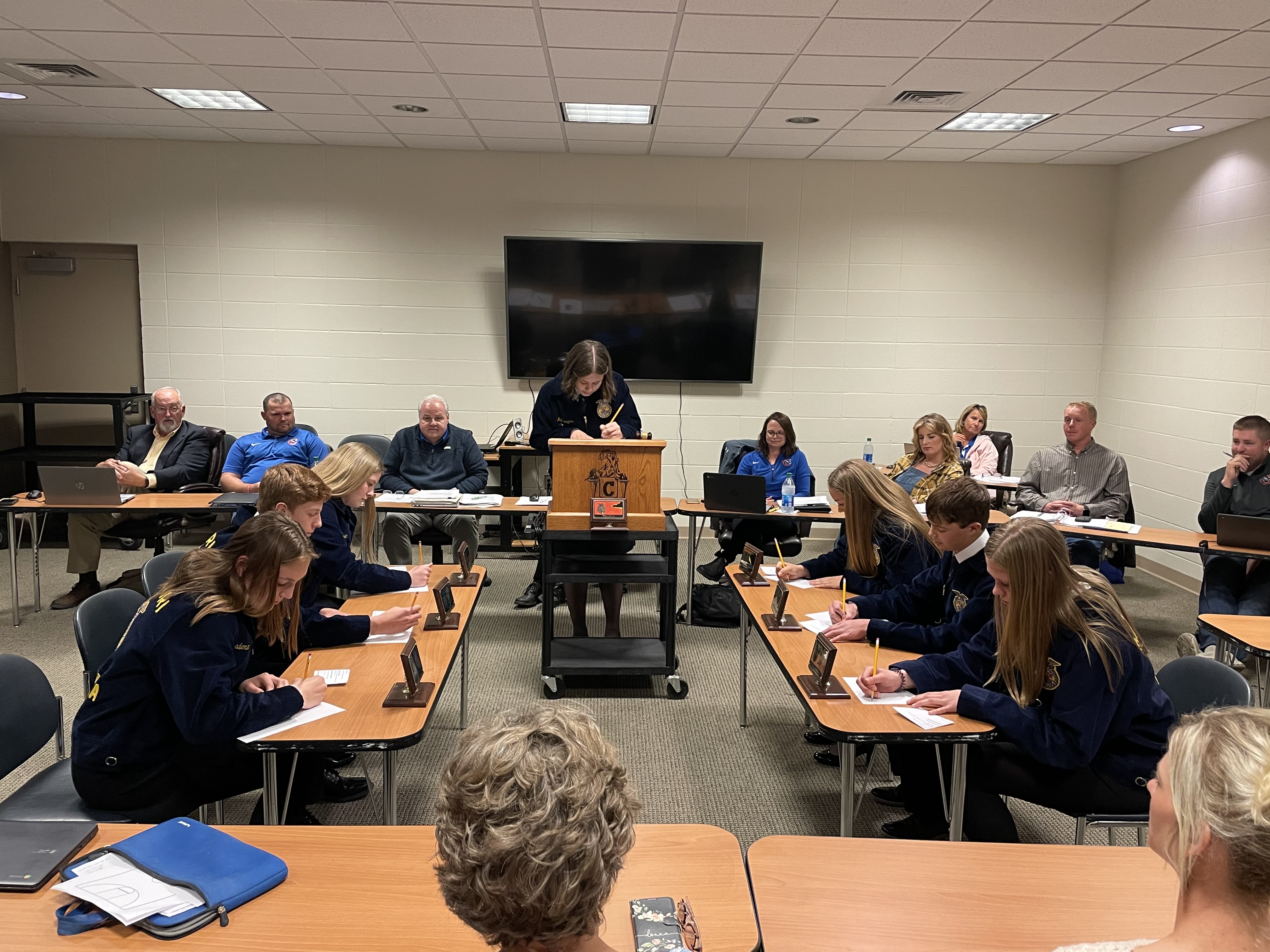 California FFA's Conduct of Chapter Meetings Team performs a mock-meeting in front of school board members to prepare for the FFA state convention. (Democrat photo/Kaden Quinn)