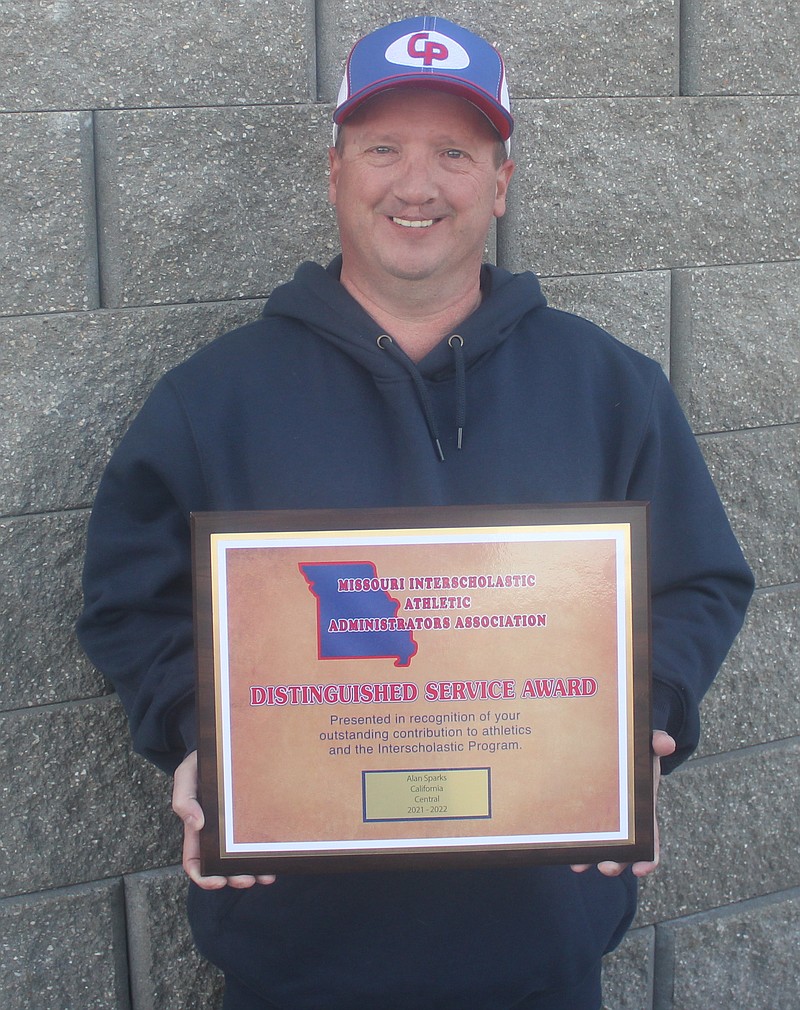 On Monday night at California's baseball game against the Osage Indians, a break was taken in between the fourth and fifth innings to recognize a distinguished name in the community.

Alan Sparks, a 1992 graduate of California High School, was selected by the Missouri Interscholastic Athletics Administrators Association (MSHSAA) to be the recipient of the Distinguished Service Award for the Central Region of Missouri.

When Sparks was a high school student, California High School's then-athletic director Keith Walk hired Sparks as a scoreboard operator for junior high basketball and football games. When Sparks graduated, he started to work as an employee for the school district and continued to run the scoreboard for Pintos varsity football and basketball.

Sparks said that his favorite memory of working for California High School was watching Pintos football win the 1997 Class 3A State Championship.

Dedication to his job and love for his alma mater has been what has kept Sparks in California for the past 30 years is what earned him MSHSAA's distinguished service award on Monday night.

Sparks said he couldn't be more thankful to MSHSAA and his hometown for all they have meant to him, just as much as what he has meant to California for the past three decades.

"I'm very humbled," Sparks said. "I didn't expect this at all. I'm very humbled and surprised and pleased that I've been honored for my time and my service. This community has given me so many opportunities. I can't think of all of them. But I'm very thankful for the coomunity. It's home. I was born in Jefferson City, but I was raised and spent all my life here. It's a really good community to live in and I wouldn't call home anywhere else."

CORRECTION: The headline of this article was edited at 6:42 a.m. April 28, 2022, to correct the name of the award recipient. The article also was edited to eliminate typographical errors.