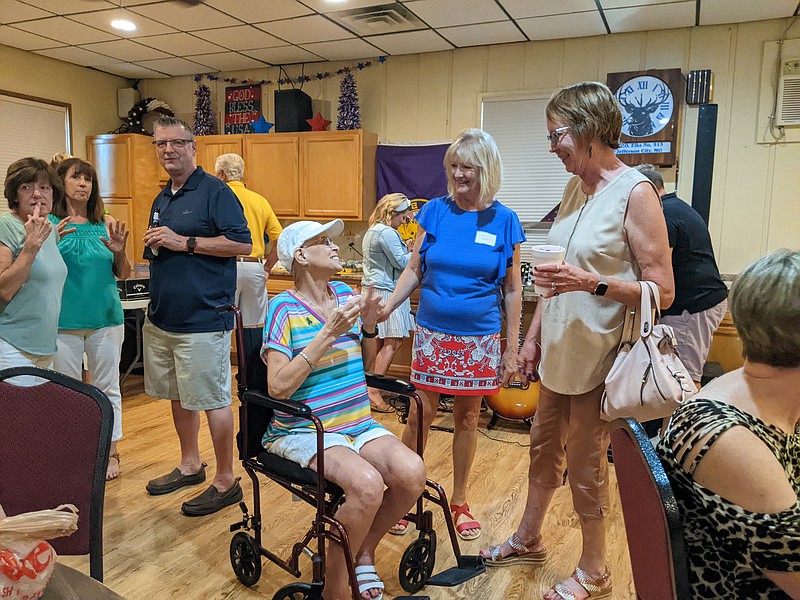 Sandi Cole was surrounded by friends and family Sunday, Aug. 7, 2022, after they organized a concert fundraiser to support her battle against ovarian cancer. Leslie Davis, a longtime friend, and Gretchen Carlson, a former colleague, took time during the event to chat with Cole. (Ryan Pivoney/News Tribune photo)

A cancer diagnosis is never easy.

Sandi Cole is experiencing hers surrounded by an outpouring of love from family and friends.

That makes it easier.

"I just can't even say enough how much people have given up of their own life to help me," Cole said. "I just feel so, so blessed."

Friends and family organized a fundraiser event Sunday to support Cole's battle against ovarian cancer. At 62 years old, she received a stage four diagnosis in March.

The event featured food for sale, a silent auction with 74 items up for bid, a raffle and a live concert from Dave Baker.

"For me, it's more of a social event because I just want to see all these people," Cole said. "I need a miracle to live very long so I want to see everybody I can right now."

Leslie Davis met Cole at church nearly 20 years ago and has been a close friend ever since. The two often celebrate their birthdays together, having been born just a year and a week apart.

Davis helped lead the fundraiser efforts, which she said was almost entirely supported by donations, whether it be people's time, money or items to auction off.

"It's been more than just friends and family, it's been the community," she said. "It's just been, really, so touching that so many people when they saw what I was doing reached out to me saying, 'What can I donate? What can I give?'"

"It's just been an outpouring of love, for sure," she added.

Cole, who retired from a data-entry job at the Missouri Highway Patrol before moving into the private sector, said she was surprised how many donations poured in to support, from $250 cornhole boards to be sold in the auction to paintings her friend made. She said the extra funds will help pay bills and hospital costs because she is without an income.

Davis said there wasn't a specific fundraising goal attached to Sunday's event, but all proceeds would support Cole.

"More than money, just the emotional support that she's receiving from everybody is giving her more strength and spirit to fight this," Davis said. "It's just so great to see so many people come out and support her."

Jim Claus, Cole's husband for the past decade, said emotional support has been critical for lifting her up on tough days.

It keeps her going, he said.

"That's a lot of it, staying with that positive attitude," Claus said. "And as long as her friends all come out and support her that way, I mean, it keeps her in that positive mindset. And that's the hardest thing for anybody with the stuff she's going through. But when she has friends like this, it just keeps her there, keeps her going, keeps her wanting to live longer and go through everything she has to go through to get better."

Two days after her cancer diagnosis, Cole was rushed to the hospital for atrial fibrillation, an irregular, often rapid, heartbeat condition that causes poor blood flow. Not long after that, she had to call an ambulance after her blood sugar levels plummeted.

Columbia is where Cole receives chemotherapy treatment every three weeks. She's also scheduled for surgery in the coming months and is dreading the recovery that will follow.

Cole describes herself as a "natural health person." She used to play pickleball every day, went to a step class at least once a week (twice the week she was diagnosed, she recalled) and tried to eat healthy.

After her diagnosis, Cole went to Mexico for a month to try a holistic alternative treatment, but she was too far advanced and not accepted.

"It's been an ordeal," she said. "My life has turned upside down."

Irene Foster met Cole playing pickleball at The LINC before her diagnosis less than a year ago.

"She's just delightful," Foster said. "She always has a smile on her face and when I found out about this-- it's pretty devastating."

Foster went to the fundraiser Sunday to show support and love for Cole. Several family members have battled cancer, Foster said, and she tries to support as much as she can with friendly phone calls, care packages of food and whatever else they need.

"When you can support someone, you do it," she said.

A group of Cole's closest friends have been staying with her practically since her diagnosis. When Cole was unable to move much, they helped out with cleaning, cooking, running errands, taking her to appointments and caring for her while her husband worked.

Cole calls them her tribe.

"It's overwhelming," she said. "I'll be crying here before too long because it's so overwhelming. I can't count my blessings enough because I have so many."

Cole said her husband has done more to support her than most husbands would, even going to the doctor appointments she suspects most would skip.

Claus said the support people have shown Cole throughout the past few months has been incredible.

"Anything we need, we call anybody and they come help," he said.

Cole said it's hard to accept donations, but she recognizes people want to help. 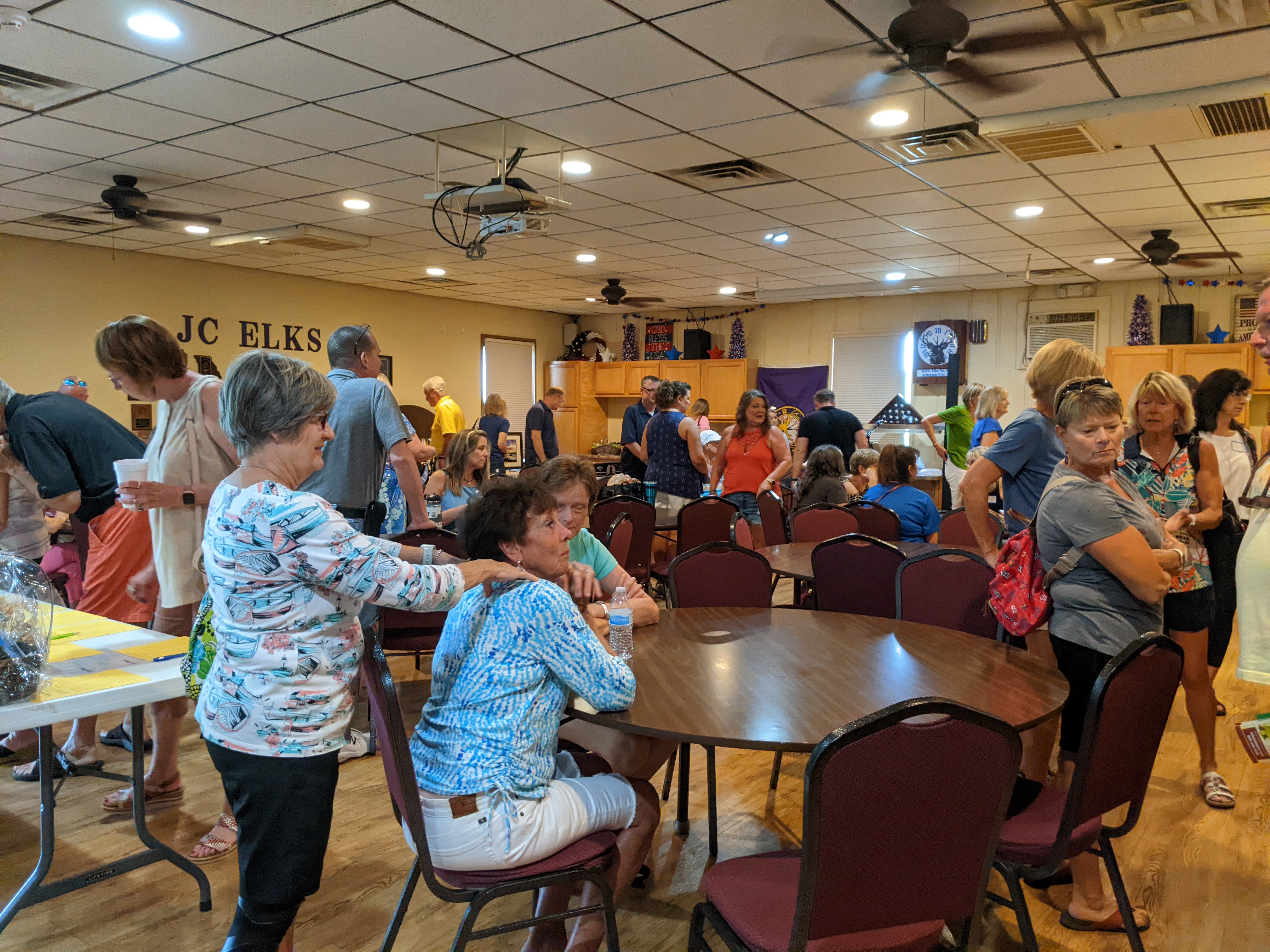 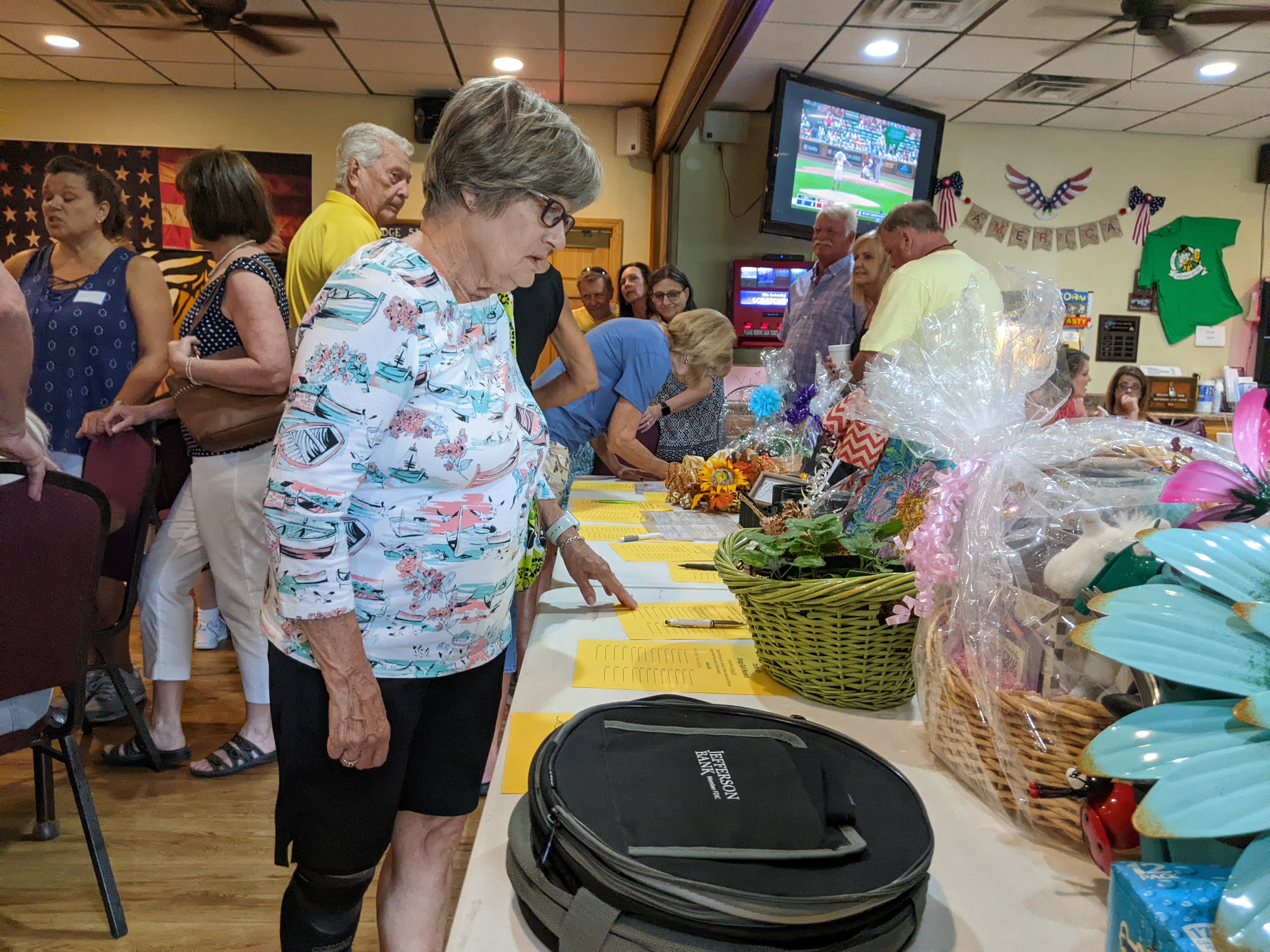 Ryan Pivoney/News Tribune photo: Barb Bruemmer put her name down to bid on items during the silent auction to support Sandi Cole's fight against cancer Sunday, Aug. 7, 2022, at the Elk's Lodge. Community members and businesses donated 74 items that were auctioned off, all the proceeds of which went to Cole. 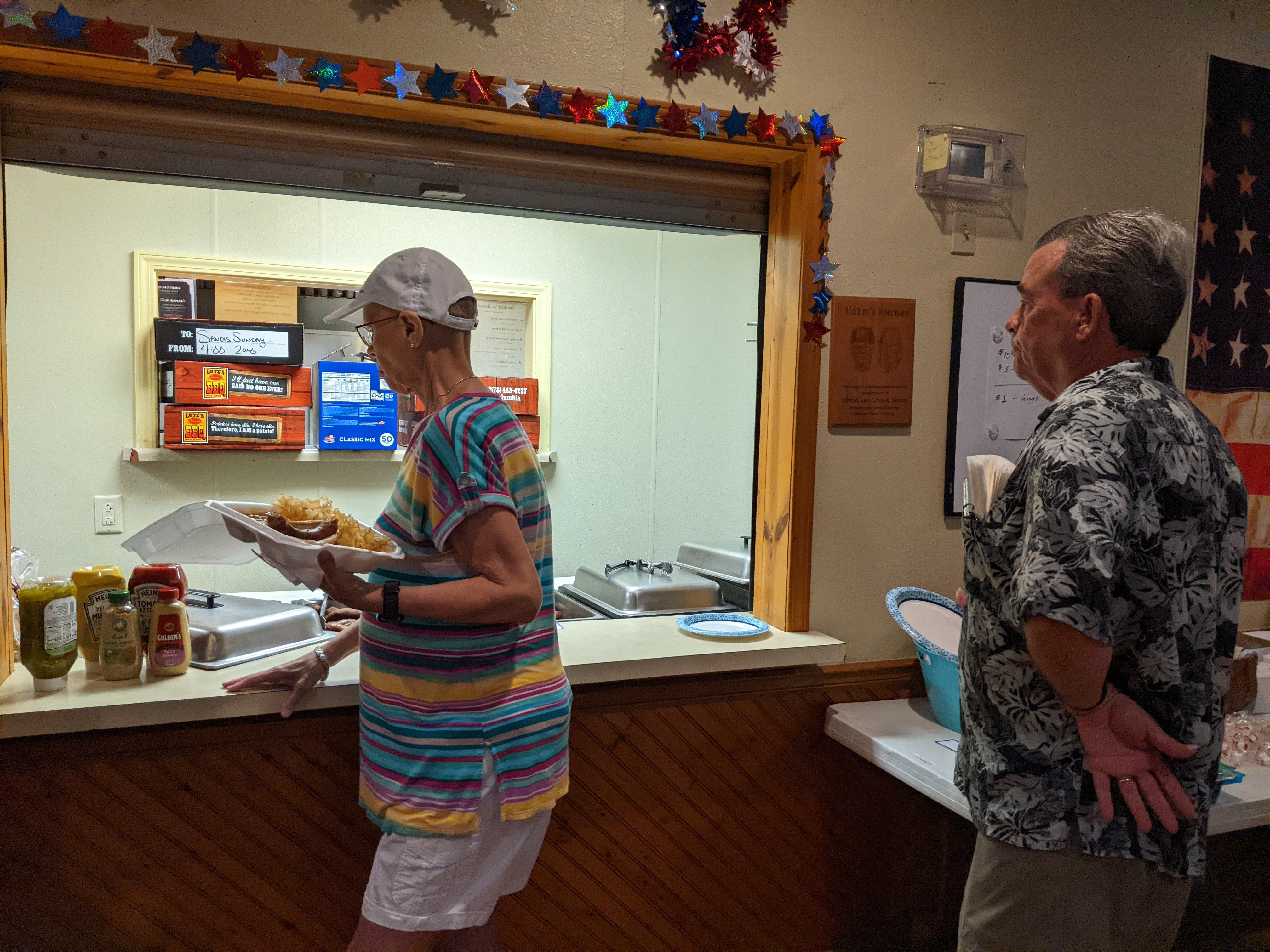 Sandi Cole was the first in line to get lunch at the fundraiser friends and family organized to support her fight against cancer. In addition to food for sale, the event Sunday, Aug. 7, 2022, featured a silent auction, live concert and raffle. (Ryan Pivoney/News Tribune photo)