Jamestown Principal looks back on past year 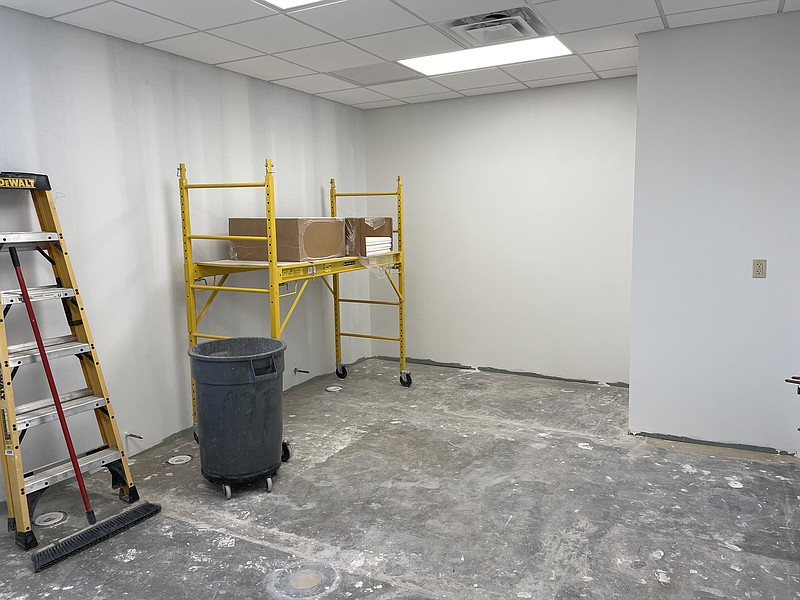 Democrat photo/Kaden Quinn Jamestown C-I continues to work on construction of secondary bathrooms in preparation for upcoming school year. The project is set to be completed in September.

After a long summer break, Martin said he is eager to get back into his routine once again. Although he is still somewhat new to the position, he's grown to enjoy his duties quite a bit. He said there's something new and different to experience almost every day.

Martin expressed working as an administrator can be challenging: however, as the past year's second semester began, everything started to slow down.

"I kind of use the analogy of being a quarterback," Martin said. "When a quarterback goes from the high school level to the college level, everything moves so much faster. That's kind of the way it was being principal for the first time. But as things kind of move along, you start learning the routine, you know your staff much better, you know the kids much better, you know what's expected as you try to do the best you can for the school community and those around."

Martin became a lot more comfortable with job. By the time August came around, he said he was ready to begin the school year once again.

"I need my routine and I think kids do too. Last year being my first year here and it was great getting to meet everybody, it was great getting to meet the kids," Martin said. "But last year was kind of behind the eight ball a little bit. I was coming in and trying to learn names and trying to learn (who kids are) while this year I know them all. It's gonna be nice to see them again. I know we've, unfortunately, we've lost a couple of kids that have transferred out but we got a few kids that are transferring in, so I'm looking forward to meeting them as well."

Martin told the Democrat there will be a change to the building. Jamestown C-I School is remodeling its secondary bathrooms as well adding additional bathroom facilities for staff and family. He said construction began shortly after the end of the 2021-2022 school year and will be complete in September.

Print Headline: Jamestown Principal looks back on past year