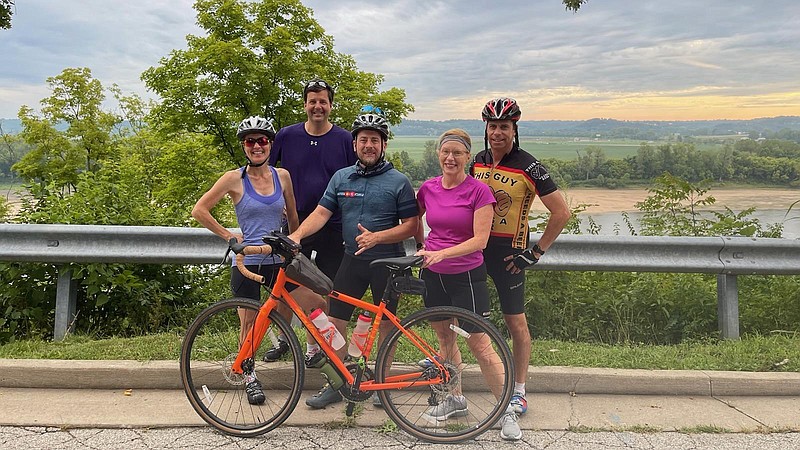 With a big move coming up, Christa Roehl was unsure she'd be able to participate in the annual Jefferson City Walk to End Alzheimer's as she's done for the past six years.

She decided to bike 50 miles across the state instead.

"I've always said I will do anything for the cause because clearly it is near and dear to both my husband's and my hearts, having watched numerous members of our family go through this terrible disease," Roehl said.

Roehl lost her mother, grandfather and uncle to Alzheimer's. Her husband's parents were also recently diagnosed with dementia and Alzheimer's, she said.

The bike ride helped Roehl raise more than $5,000 to donate to the Jefferson City Walk to End Alzheimer's fundraiser. Contributions primarily came from family and friends she told about the ride, Roehl said, and amounts ranged from $10 to $1,000.

"I really, really can't say enough about the people who support us every year," she said.

Along with her husband, David, and friends Brian Crouse and John and Susan Conrad, Roehl rolled out of Jefferson City at about 7:30 a.m. Sunday to begin the four-hour ride to Hermann.

The idea for the ride came from Crouse, who traversed the Katy Trail from the Capital City to Hermann last year, Roehl said.

Recognizing she hadn't undertaken a 50-mile bike ride in about a decade, Roehl said she and her husband began training in July. Starting at 10 miles, they steadily added on more miles during the past couple months.

"Eventually we got to the point where we felt that we could actually make the ride and not die," she said with a laugh.

Roehl and her small group primarily followed the Katy Trail from Jefferson City to Hermann.

By the time she got to Hermann around 11:30 a.m., Roehl said she was hot, nearly out of water and worn out.

"To ride across that bridge, it was great," Roehl said. "It was everything. It was perfect."

She would also describe the ride as challenging, exhausting and great.

Roehl said the experience was empowering. It made her feel like she had the ability to help those affected by the disease by raising money in support of a cure.

"I'm so glad we did it," she said. "I think everyone that was with us feels a sense of accomplishment that you just can't get unless you do it."

Roehl said she's considering doing the ride again next year and even extending the length of the trip to the entirety of the Katy Trail.

The Jefferson City Walk to End Alzheimer's is Sunday, Oct. 16, at Memorial Park. 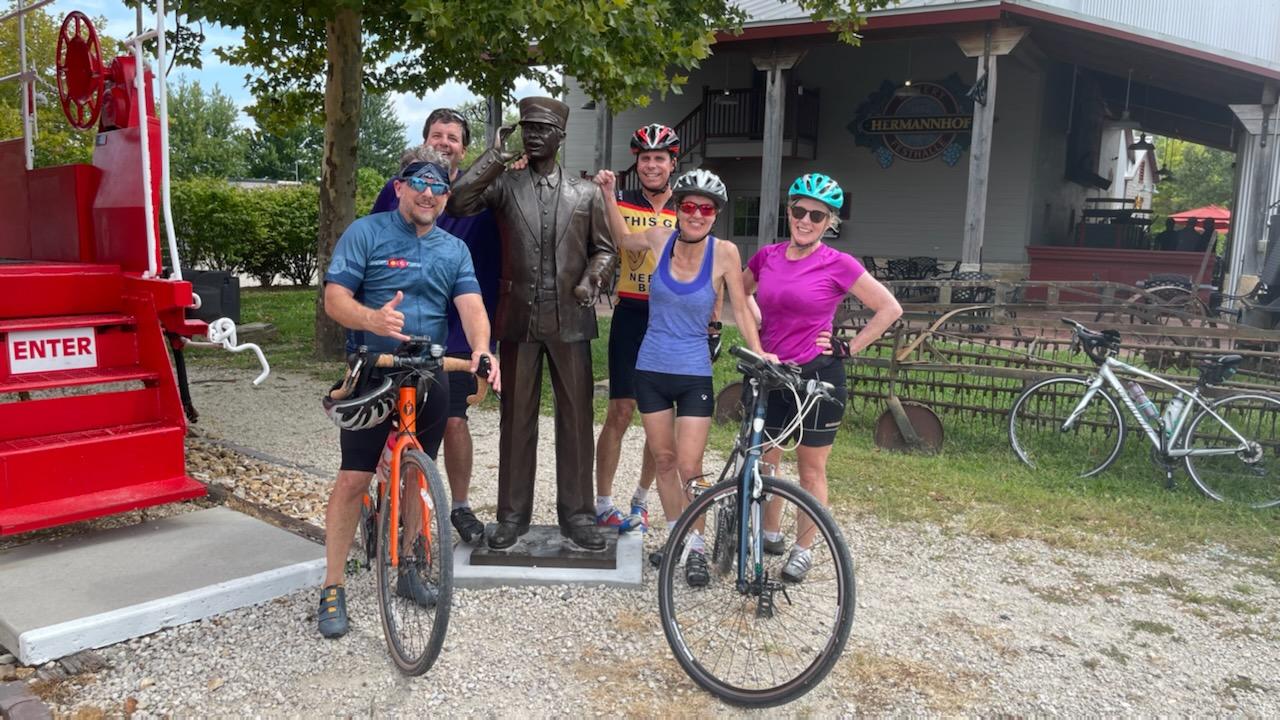