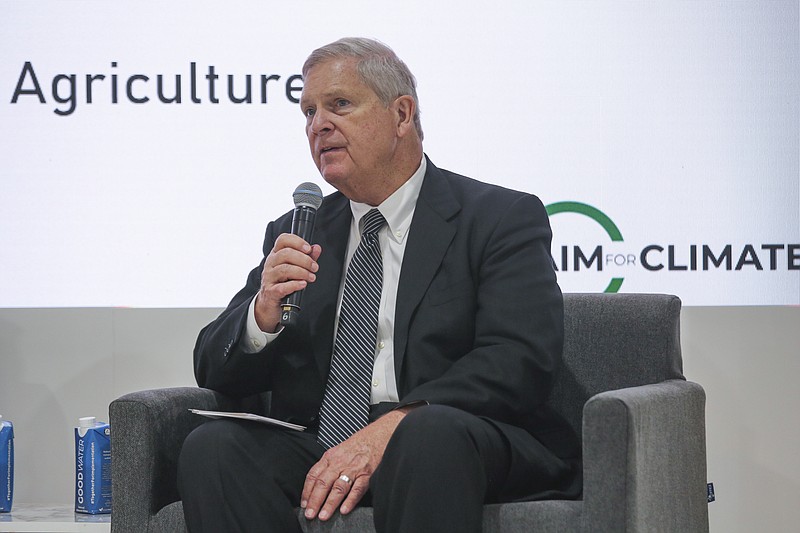 The United States Department of Agriculture announced a $169,191 investment in Mid-Missouri Dec. 15, which will be used to help nine businesses reduce their carbon footprint and install more energy-efficient systems.

The grant money, which ranges from $2,500 to more than $38,000, will touch a wide array of businesses, from a turkey farmer in California to dental offices in Jefferson City and Fulton.

"People in rural America are on the front lines of climate change, and our communities deserve investments that will strengthen our country's resilience," USDA Secretary Tom Vilsack said in a news release. "President Biden has created a roadmap for how we can tackle the climate crisis and expand access to renewable energy infrastructure, all while creating good-paying jobs and saving people money on their energy costs. These investments underscore the Biden-Harris administration's commitment to providing funding and resources to rural people and communities across the country to help drive economic security and prosperity."

For Donita's Cakes & Catering, however, the $20,000 grant it was awarded didn't offset costs enough for the Jefferson City-based business to move forward with a renewable energy project.

Donita's Cakes & Catering was awarded $20,000 to purchase and install a 29.7 kilowatt solar array system, which would replace nearly 35 percent of the company's energy use with renewable energy and save the business approximately $3,086 per year, according to the USDA.

Manager Misty Schroeder said the company scrapped the project after learning it would be out of pocket at least $60,000 for the solar panels.

The average cost for solar panels are $15,000-$20,000 for a typical five kilowatt system, according to the Center for Sustainable Energy, meaning Donita's Cakes & Catering was looking at a total cost of $90,000-$120,000 to replace a third of its energy consumption.

"We just felt like the investment in it wasn't going to be worth our return," Schroeder said, adding: "We didn't feel like the money was enough to undertake a project of that size."

Schroeder said she still encourages business owners and residents to look into renewable energy and possibilities for outside funding to assist with adding it to their businesses.

"There are a lot of possibilities but with anything, you just have to see what works best for your business and your situation," she said.

Several projects the USDA funded through the Rural Energy for America Program came closer to the $100,000 range.

A Pennsylvania poultry farm that supplies fertile eggs for flu vaccine production, for example, received about $98,500 to replace 247,071 kilowatts of energy per year -- enough to power 22 homes annually.

• $38,175 for Winn-Sapp Ventures, owners of Woody's Pub & Grill in Ashland, to install a solar array replacing 72 percent of the restaurant's annual energy consumption;

• $32,486 for Cherry Hill Dental to install solar arrays at its Jefferson City and Fulton offices, replacing more than 88 percent of the company's annual energy usage;

• $20,000 for Rost Landscaping and Design in Columbia to purchase and install solar arrays replacing 83 percent of the company's annual energy usage;

• $20,000 for Danuser, a Fulton-based equipment manufacturer, to install a solar array replacing more than 76 percent of the company's annual energy usage;

• $12,375 for Truescape Properties, a Fulton real estate development and management company, to install a solar array that will completely transition the company to renewable energy;

• $3,655 for John Humphreys, a Fulton grape producer, to install a solar array that will completely transition his farm to renewable energy; and

Truescape Properties declined an interview request regarding the grant's impact on the business.

The USDA is furthering its rural energy efforts by making another $300 million available through the Rural Energy for America Program. The deadline to apply for a share of those funds is March 31, 2023 while applications for technical assistance grants are due Jan. 31, 2023.