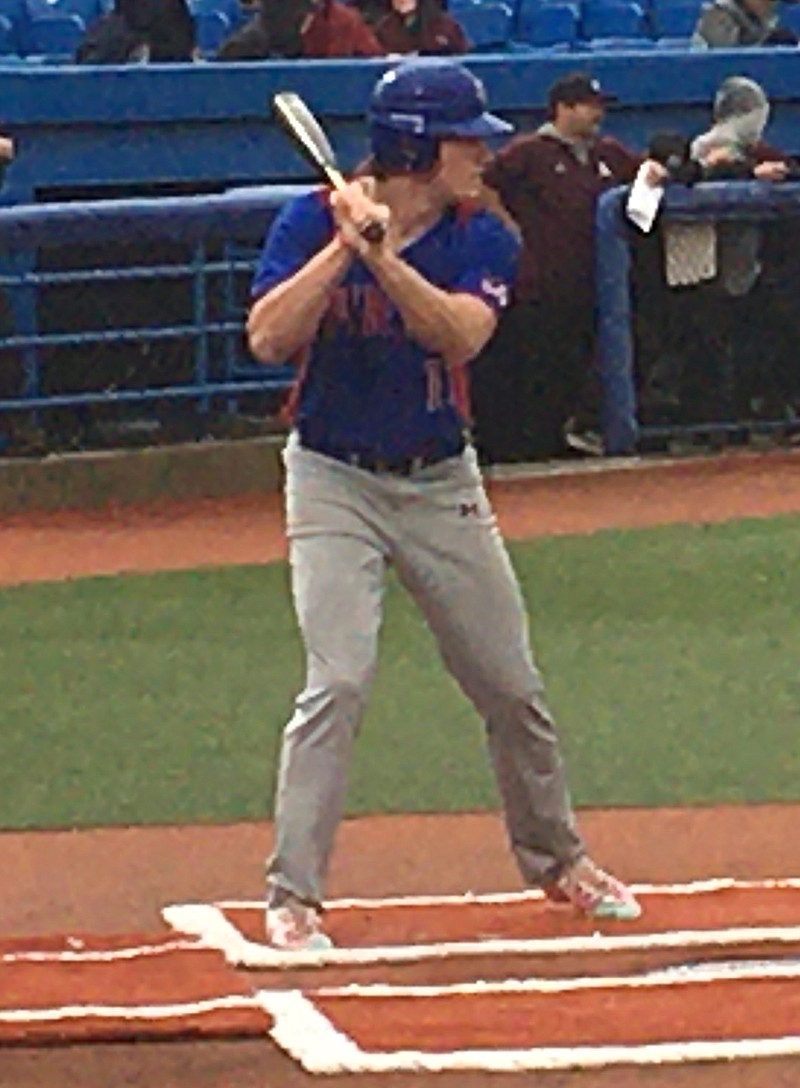 Senior Trevor Myers heads up to bat against the Wildcats on Tuesday night.

OZARK -- On May 18, the California Pintos won their first district title since 2007.

California's opponent in the sectional round was a team making its first appearance in that round since 2015 -- the Logan-Rogersville Wildcats. The night was a rough one for California as Logan-Rogersville was in control of the contest from the start, posting a 15-0 win in four innings on May 24 AT U.S. Ballpark.

Ian Peterson got the start against a Logan-Rogersville team averaging more than nine runs per game.

The Pintos went down 1-2-3 in the first inning and the Wildcats quickly had runners on second and third to start their half of the first. Three pitches later, Logan-Rogersville hit a ground ball into center field for a hit, scoring the runner from third. An error on the play brought the running in from second. The Wildcats added another run in the second to take a 3-0 lead.

Hunter Berendzen, Trevor Myers and Calen Kruger each took the mound in the next two innings. Logan-Rogersville's offense stayed hot.

The Wildcats scored seven runs in the third, five more in the fourth and ended the game by run-rule in four innings.

"When you get to this level with these stakes, playing for what you're playing for, you've got to throw the ball well, hit the ball well and field the ball well," California coach Steven Stock said. "We kind of set the tone in the first inning by letting a couple of free guys on base and then made a defensive mistake. Then a careless mistake and the next thing you know we're down.

"We knew we had to defend well and find a way to score some runs," he added. "If we did that, we thought we could compete with them. But we didn't do that and give credit to them. They're a really good team. We were just not very good today."

"We wanted to fight for a conference title, which we felt we did," he said. "We lost three games. Two by one and one by two. So we competed for that. Then we wanted to win a district title and we accomplished that. This team is better than what we put on the field today.

"That being said, today wasn't our day. But it was still a good season. District champions for the first time in a while. Our seniors led the way for us and we got to raise the bar a little bit with that district title. That kind of puts it up there for next year's group and hopefully we can repeat that and keep rolling." 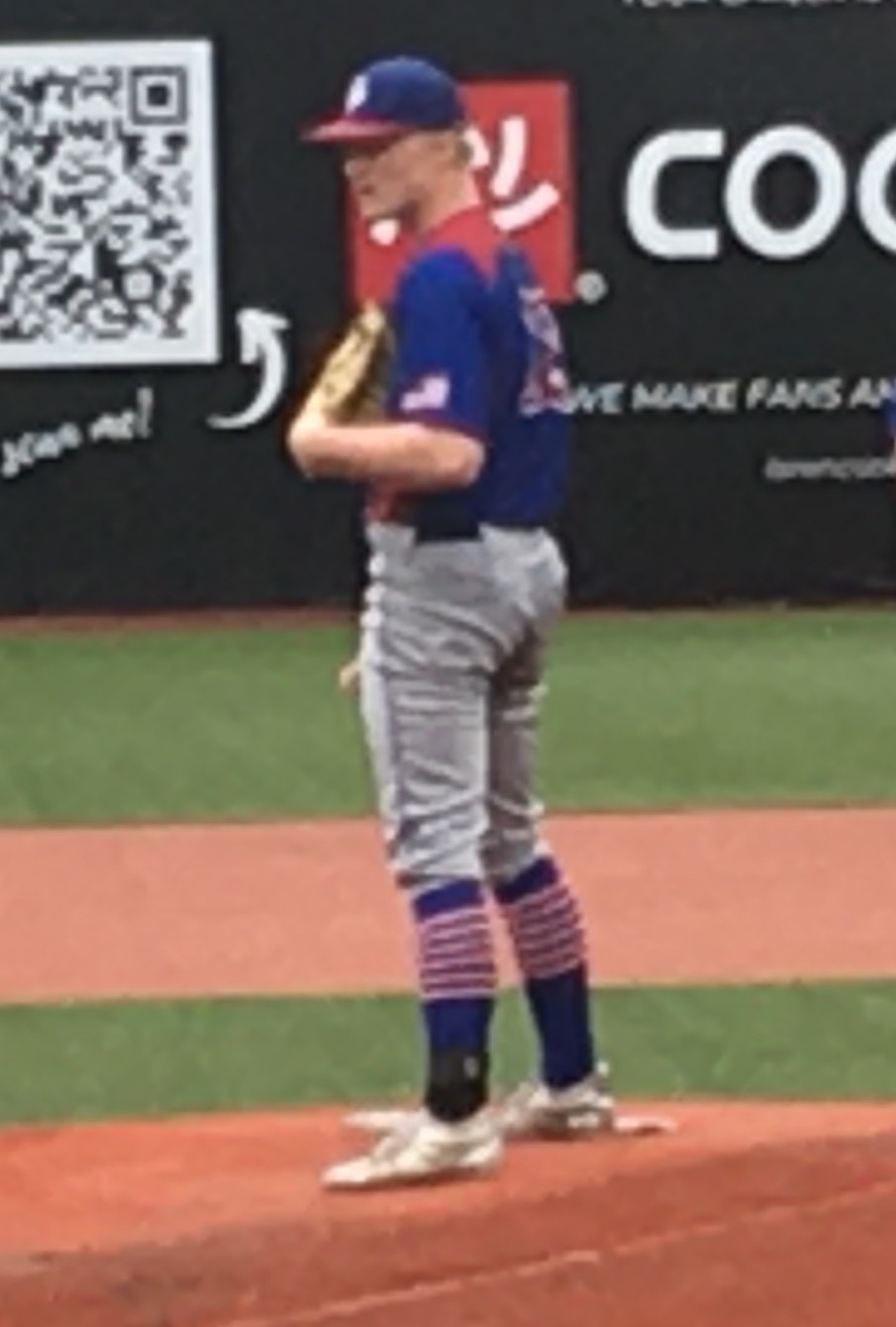 Junior Ian Peterson got the start for the Pintos against Logan-Rogersville. 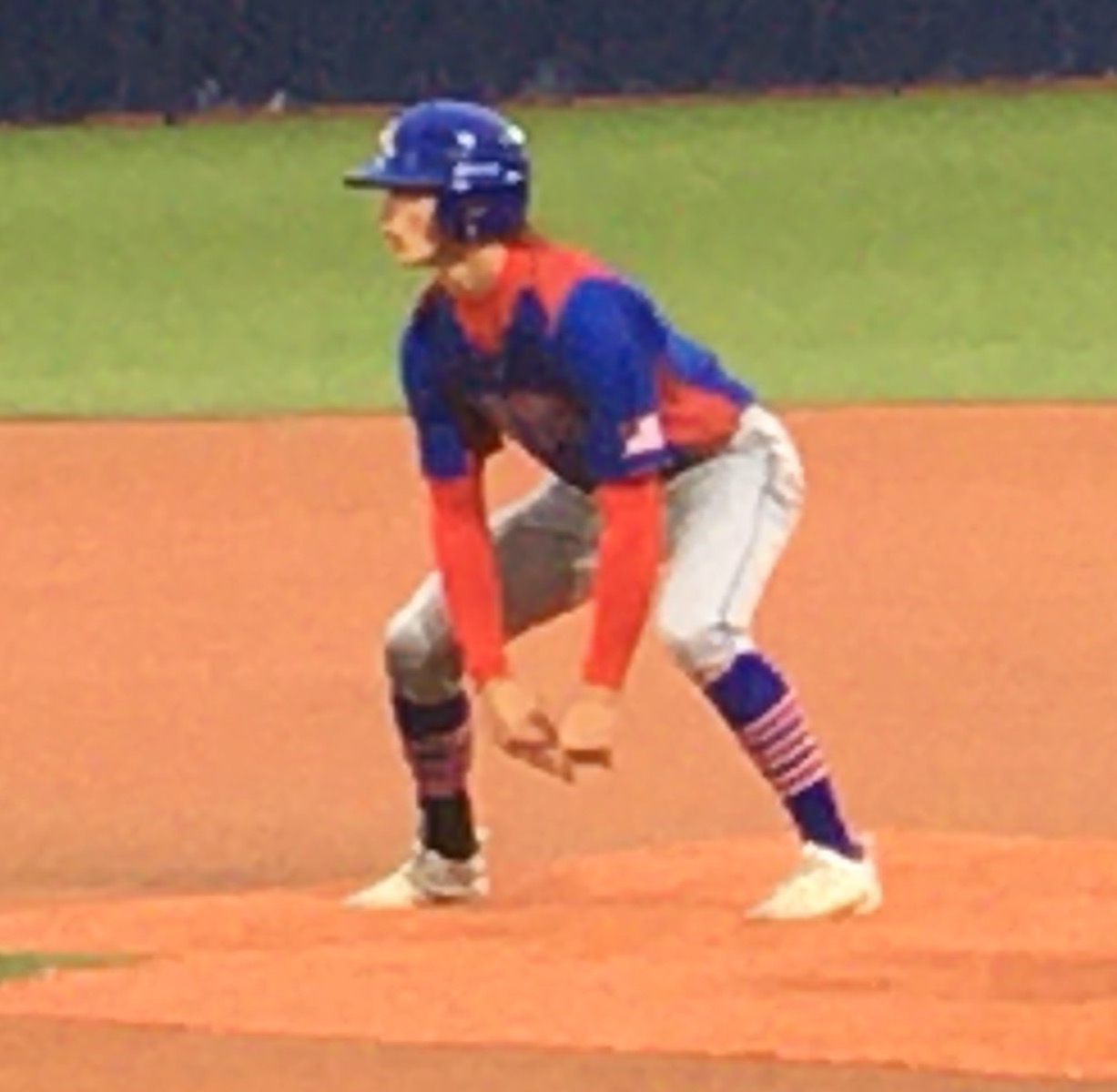 Senior Calen Kruger gets on base in the third inning and looks to steal second base. 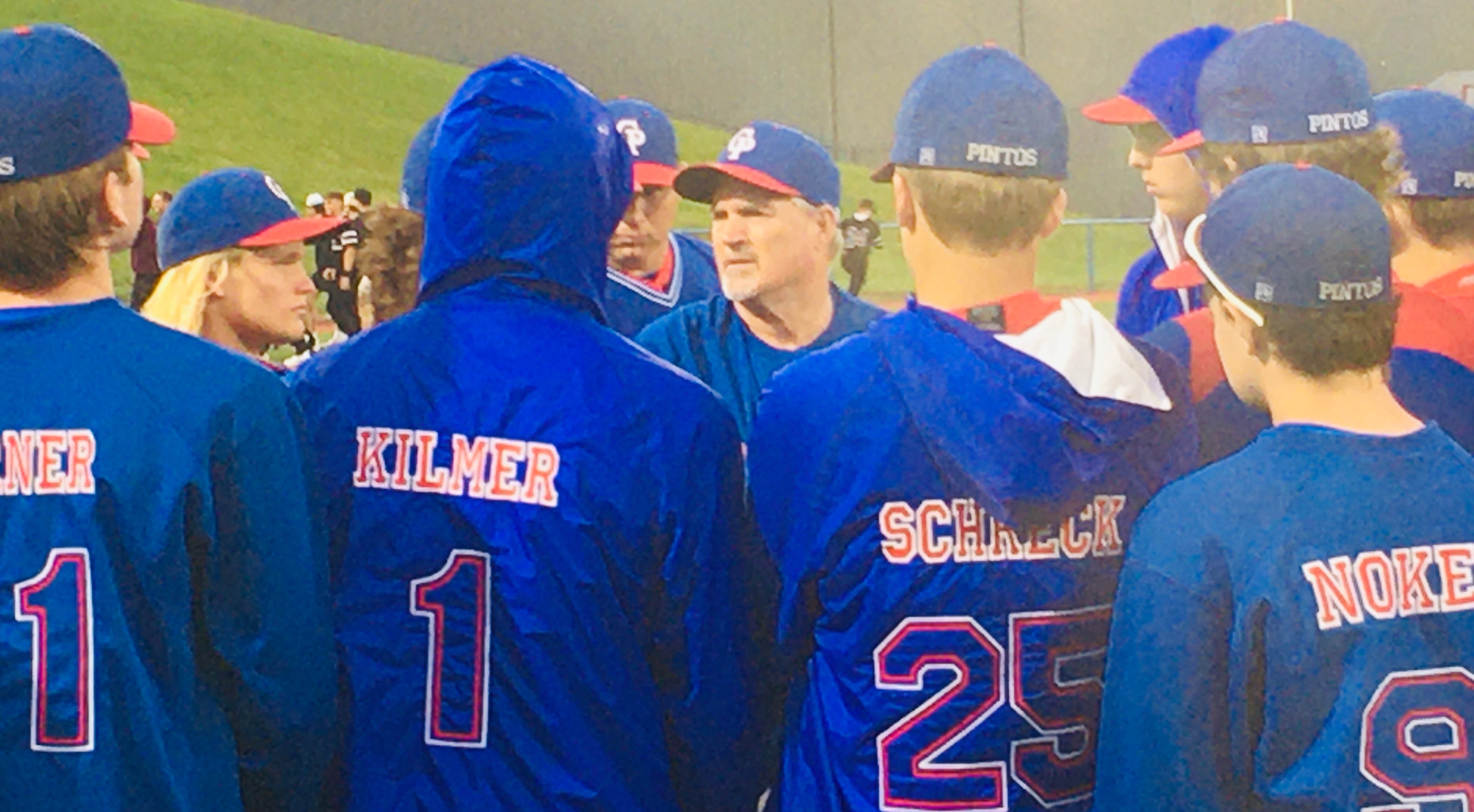 California head coach Steven Stock (center) addresses his team after falling to the Wildcats and ended the season with a 17-8 record.