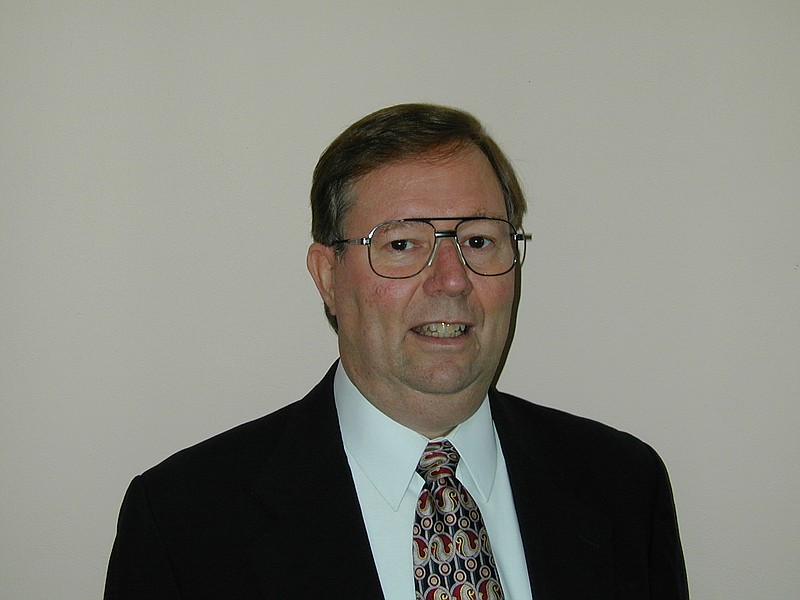 California native Dr. David Mertens is to be honored by the American Dairy Science Association through a symposium during its 2022 annual meeting in Kansas City. (Submitted photo)

The American Dairy Science Association (ADSA) will hold a symposium in honor of California native, David Mertens. On Tuesday, the ADSA will give four presentations on his work during its annual meeting in Kansas City.

While working for the U.S Department of Agriculture and while working in the field, Mertens accomplished numerous achievements. His work in developing analytical methods for defining the minimum fiber requirements of dairy cows; dietary fiber in ruminants (hoofed herbivores such as cows); mathematical modeling of digestion; and creating the system for designing optimal rations for dairy cows using dietary fiber has brought him acclaim.

Born in Jefferson City, Mertens spent much of his young life in California. As a senior at California High School, he initially planned on becoming a partner with his dad for the dairy operations on their family farm. However, after taking his SAT exam, he received a scholarship and was encouraged by his vocational agriculture teacher to pursue a college degree.

Mertens began to study dairy science at the University of Missouri-Columbia where he won a fellowship supporting two years of graduate work. While he was initially hesitant to continue his schooling, his professor insisted he pursue a doctorate at Cornell University. After earning his degree Nutrition, with minors in Biochemistry and Biophysics, he went on to teach at Iowa State University and the University of Georgia.

"Eventually, (my professor) convinced me and I had the opportunity to work with a well known researcher in the chemistry of feed analysis and feed evaluation," Mertens said. "I went to Cornell and later spent 10 years teaching and doing research. Then came to the USDA and did research full time for the rest of my career. So that's kind of how it all came about."

He said of his achievements, he is proudest of the development of the "amylase-treated NDF (natural detergent fiber) method" which measures fiber and feed, reproducible for analytical laboratories. It is recognized as an international standard for measuring fiber in feeds for dairy cows.

A statement sent to the Democrat explained the method is also approved by the Association of Official Analytical Chemists. This organization secures the safety of food products and their impact on health by working with government, industry and

Considering his success, the American Dairy Science Association elected him a fellow of the organization for "his lifetime of teaching and research contributions, a recognition that is only given to less than 0.2 percent of the association's membership."

"The use of NDF in both evaluating feeds and encouraging farmers to grow and harvest higher quality forage juices has led to a significant improvement in dairy cow production and health," Mertens said. "I (also) worked at some length in the mid 1980s, trying to show farmers how they could use fiber to actually formulate better diets for dairy cows. Both of those things were kind of accepted very readily by farmers and the nutritionist that helped them put their rations together. And that's probably the thing that had the greatest impact."

Mertens said this is what drove him the most in his research. He explained he always enjoyed learning new things, whether it is theoretical or basic science. He always wanted to make sure that whatever he worked on would have an application to improve dairy cow production and health so they can produce more high quality human foods.

However, all of this is only a fraction of what he's accomplished since achieving his doctorate in 1973. The statement sent to the Democrat, expressed that Mertens published more than 150 scientific articles, co-authored five chapters in science and technical books and traveled to countries such as France, Italy, Sicily, Padua and Denmark for his research in fiber digestion and computer modeling.

ADSA's symposium in recognition of Mertens will be called the "Joint Ruminant Nutrition/Forages and Pastures Symposium - Role of Fiber Analyses and Digestibility in Feed Evaluation and Ration Formulation."

The four presentations will be the Physically effective NDF, physical characteristics of feeds, and rates of passage"; "Mathematical modeling of ruminant digestion and intake, and the importance of fiber kinetics"; "Fiber and in vitro methods, analytical variation, and contributions to feed analysis"; and "Mertens's teaching, research, and application of NDF in feed evaluation and ration formulation."

While Dr. Mertens no longer lives in California, he will always acknowledge the positive influences he had which pushed him to go into the sciences.

"I have to say, growing up on a dairy farm in California, Missouri, I never expected to have the opportunities to do the things that I do," Mertens said. "But I have to say that I had three outstanding teachers that had a tremendous impact on my life and what I did. And one of them was actually (the vocational agriculture teacher) at California High School. They kind of pushed me a little bit further than I ever expected to go and got me really interested in things and the science of things and how we can use what we learned to help dairy farmers."