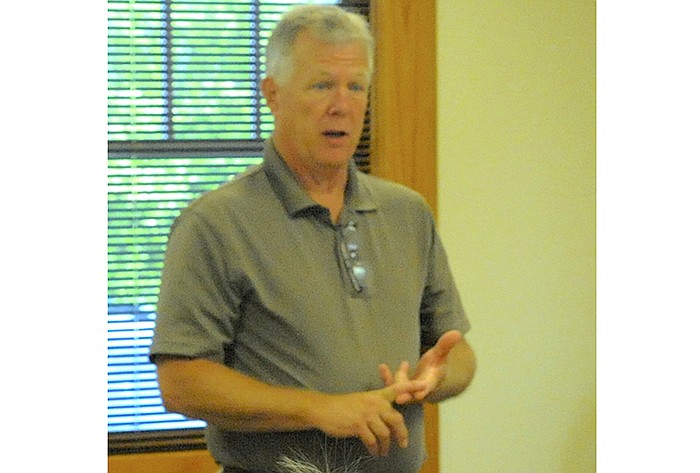 Kelley announced his intention to leave MRED during the organization's latest meating. After half a decade serving as president for the organization, Kelly said it is finally time to let someone else take the lead, and will leave by the end of July.

He said he'll help out when he can, ultimately, but his current workload burned him out.

Although MRED advanced business in the county, Kelley said he was unsure if the organization is in a better spot than it was five years ago. He added that bringing in some new blood could assure it is.

Kelly is one of the founding members of MRED and undertook the roles of president and CEO in 2017. He told the Democrat he is proud of the Start-Up Moniteau program members developed for the area.

In this program, new business owners are required to take several classes enhancing their skills operating their ventures as they prepare for a pitch competition. Each participant is then awarded an amount of seed money which they must put toward to their business.

As their businesses succeeded Kelley saw the progress MRED fostered during his time as president.

Kelley said he will always be involved in some way. He and his wife are both "transplants" to the area, from Sedalia and Kansas City respectively. He explained the two fell in love with the community and they think it's a phenomenal area with a lot to offer businesses and families.

"I really appreciate the (community members) that supported MRED along the way," Kelley said.