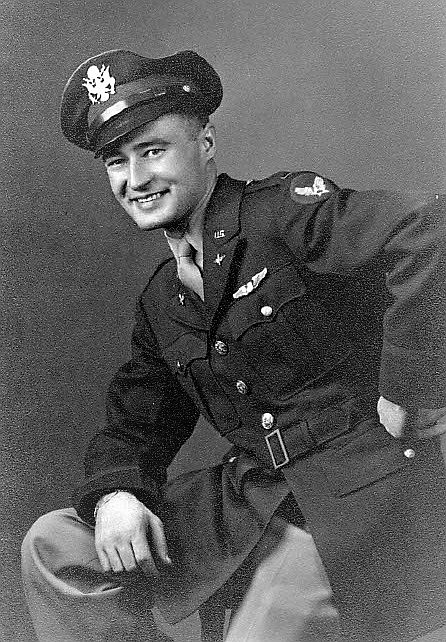 Prior to the U.S. entry into World War II, Ralph Harms enlisted in the Army Air Corps. During the war, he served in Europe as a radioman and gunner aboard a bomber. Later in the war, he went through pilot training and flew reconnaissance missions in the South Pacific. (Courtesy/Terry Harms)

Terry Harms recalls only hearing "bits and pieces" about his father's service in World War II.

In recent years, when sifting through many of his father's documents and speaking with some of his former military colleagues, he discovered his father was like so many veterans of the World War II era who returned from combat and "didn't make a big deal about what they had done."

Ralph Frank Harms was born in 1917 and raised in Dubuque, Iowa. His father worked in a local shipyard as a welder and instilled in his son a strong work ethic and some skills that would prove beneficial in later years.

"My father graduated high school in 1935 and moved to Mount Shasta, California, to work on his uncle's ranch, breaking horses and mules for the fire service," said his son, Terry Harms. "On Sept. 10, 1941, he enlisted in the Army Air Corps ... and for what reason, he never said."

Completing initial training on the West Coast, Harms trained as a radio operator aboard the B-24 Liberator -- a heavy bomber. Much of his radio training occurred at Scott Field, Illinois, where he met Lorraine Knecht, and the couple remained in contact during Harms' wartime service.

"Dad also received training as a gunner on the B-24s so that he could perform that in addition to his radio duties," Terry Harms said. "His records indicate he was deployed to the European Theatre from September 1942 until April 1943, and participated in 27 combat missions and accrued 270 hours combat hours."

Terry Harms said military records note his father's demonstrated performance while on combat missions, along with an interest in aviation and the recommendation of his superiors, resulted in his acceptance into flight training.

Discharged at the rank of technical sergeant on Nov. 19, 1944, Ralph Harms was commissioned a second lieutenant the following day. He spent the next several months in flight training, a large part of which was at Santa Ana Army Air Base in California.

Harms trained on aircraft such as the Cessna AT-17 before progressing to the more maneuverable and quicker P-38 Lightning, a fighter-bomber. After completion of his flight training in April 1945, he received his "wings" as a pilot and was deployed to the South Pacific and assigned to the 8th Photo Reconnaissance Squadron.

Almost immediately, Harms began flying missions with the P-38E Lightning, an aircraft specially equipped with cameras in the nose compartment. These specially-adapted aircraft took photographs used for the creation of aerial maps that helped military planners prepare for combat missions. Following the bombing of Japan, the aircraft photographed the damage from the atomic bombs.

"My father's records show he served in the South Pacific from April 1945 until October 1945," Terry Harms said. "He received his discharge at Jefferson Barracks on Nov. 14, 1945, four days after he and my mother had been married."

The couple went on to raise two sons -- Terry and Jack. The veteran remained in the St. Louis area and worked many years for Kisco Boiler and Engineering Company. While there, he oversaw shipping for the business in addition to performing some welding on boilers, a skill learned from his father. Years later, he was employed as a dock supervisor by Be-Mac Transport Inc.

His "Statement of Service" denotes that on July 11, 1954, after nearly a break in service of 10 years, Harms enlisted in the Missouri Air National Guard at the rank of first lieutenant. At the time, he was appointed as a communications officer at Jefferson Barracks.

"When my father was discharged after World War II, he was offered a job as a pilot with Ozark Airlines," Terry Harms said. "But my mom wasn't comfortable with him flying and being away from home all the time."

He continued, "After my father joined the Air National Guard, he didn't serve as a pilot, but was able to fly occasionally and keep his wings active,"

For the remainder of his time with the Air National Guard, Harms remained assigned to units at Jefferson Barracks and served in positions of progressive responsibility to include that of a supply management staff officer and the assistant logistics officer for the 157th Tactical Control Group.

Major Harms transferred to the Retired Reserve on Dec. 1, 1967, and officially retired from the military at the rank of lieutenant colonel on July 4, 1977, his 60th birthday. His service in World War II earned him such esteemed accolades as the Air Medal with an Oak Leaf Cluster, recognizing his meritorious achievement in aerial flight.

The 70-year-old veteran died April 11, 1988, and was laid to rest with full military honors at Jefferson Barracks National Cemetery, a short distance from where he had been stationed during his earlier service with the Missouri Air National Guard.

In recent years, Terry Harms has strengthened and maintained the emotional connection with his father's memory while striving to uncover and share his story of service in World War II and beyond.

"So much of our history is being lost, especially much of that related to World War II," he said. "There is so much about the sacrifices made by these veterans that many Americans know nothing about.

"And I realize," he added, "that there are others who have done more than my father during their time in the military, but they all need to be remembered, honored and their stories shared." 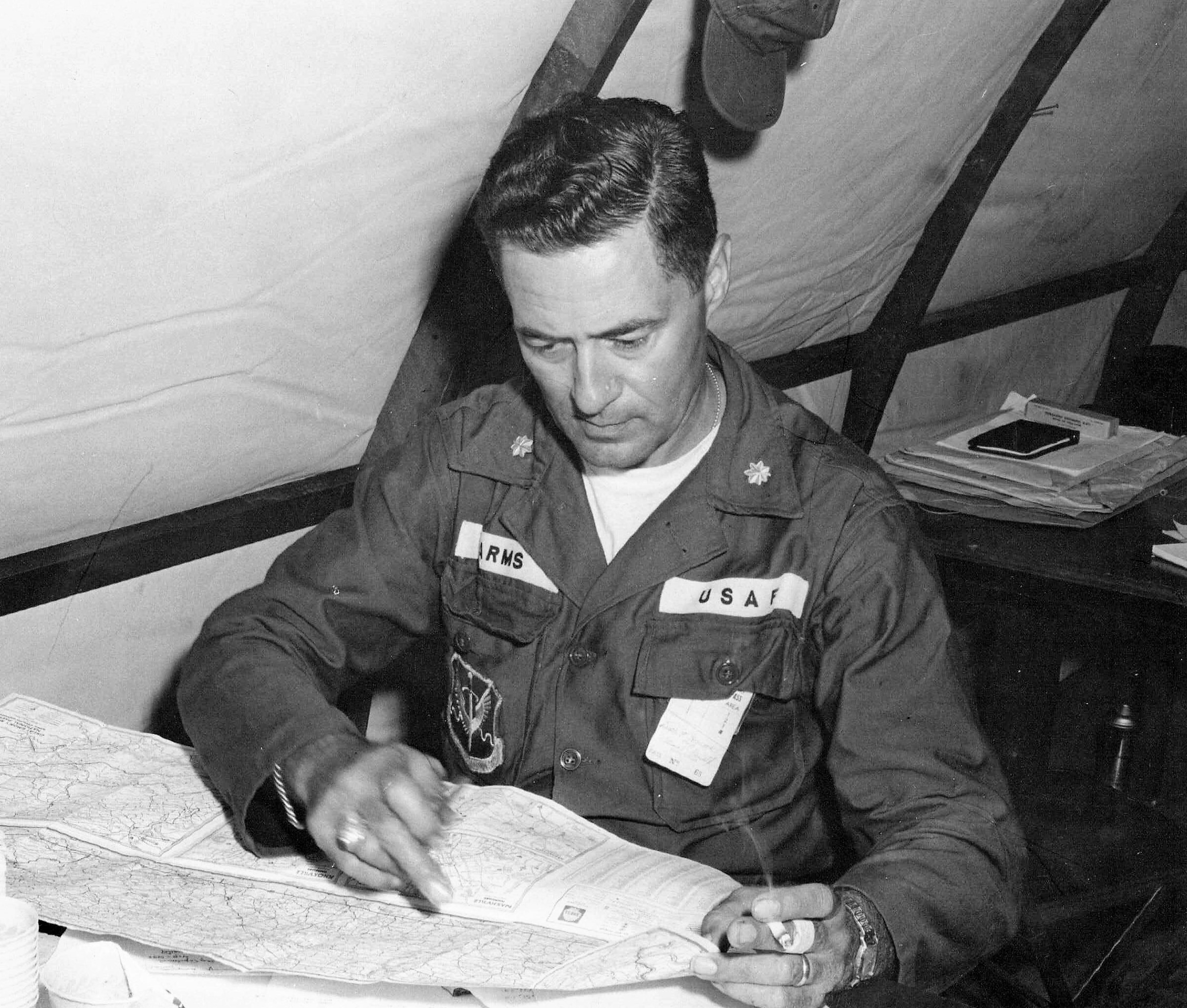