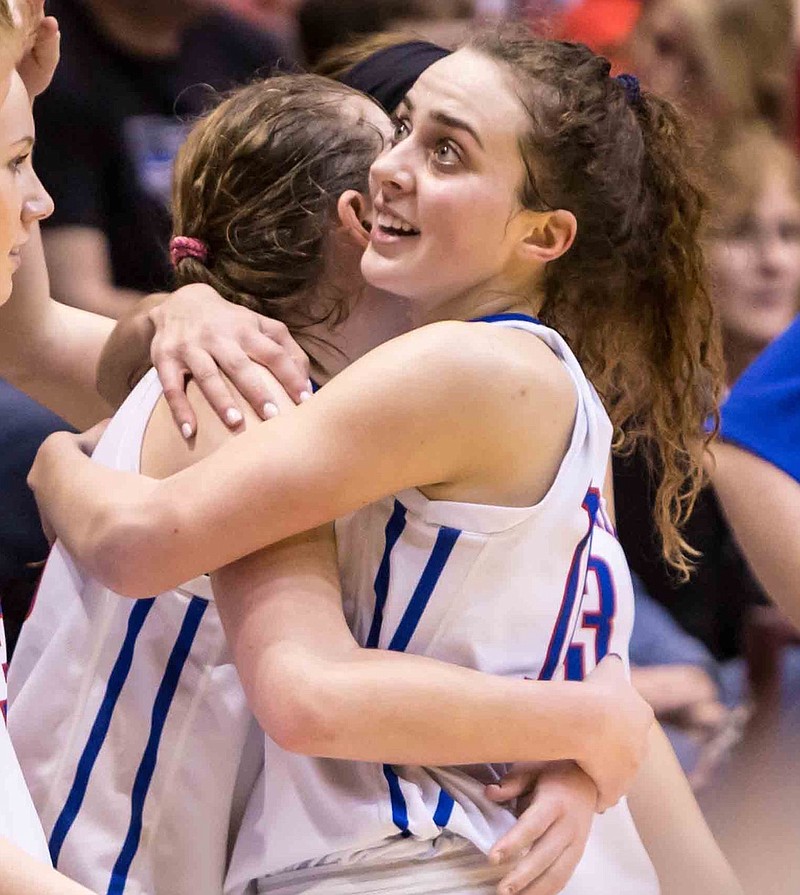 Elizabeth Lutz was a valuable member of the California Lady Pintos team the finished second place in Class 3 Girls Basketball in the 2017-18 season.

California Lady Pintos basketball has had many names wear the blue and red throughout their history.

But few names are as memorable or prestigious as Elizabeth Lutz. The youngest of six kids and a 2018 graduate of California High School, Lutz has always been surrounded by the world of basketball.

Lutz said she watched her sisters playing basketball growing up and wanted to follow in their footsteps. One of her older sisters played for the Lady Pintos, who placed fourth in the state in 2008.

"Basketball runs in our family," Lutz said. "I used to watch my older siblings play basketball when they were in high school. I learned a lot about basketball from watching them and wanted to follow in their footsteps when I got to California High School. When I got to high school, I was also filled with pride when I stepped onto the court and played for California. The town has held a special place in my heart and I felt honored that I got to play for them every game night."

Lutz was one of the most gifted athletes the Lady Pintos had seen in years. Much of her tenure at California was about leadership. Lutz was not only a star athlete and a vocal presence on the court, but she was also California's student body president.

Lutz set four school records while lettering in all four of her seasons while being named to the All-Tri-County Conference and All-District media teams four times. Lutz set records in career points (1,905), points in a season in her senior season (640), 3-pointers made in a career (250) and 3-pointers made in a game (10).

But the 5-foot-7 point guard's greatest run with the Lady Pintos came during her senior season in 2018. Lutz and the Lady Pintos went 26-5 and finished second place in the Class 3 state tournament.

"My senior season was a dream come true for me. I still sometimes can't believe that we got all the way to the championship game. I remember having a big game in the round before the final four against Penney," Lutz said. "I just tried not to get caught up in the moment during that whole time. Somehow I did when I needed too and even though we didn't win the whole thing, it's something that I'll never forget for the rest of my life."

When Lutz graduated, she had a big decision to make. Where would she go to college? After a lot of thought and consideration, Lutz chose to take her basketball talents to Macomb, Illinois, and play for the Western Illinois University Leathernecks.

"I decided to go to Western Illinois because it reminded me of California. It's placed in a small-sized town near Chicago called Macomb. It's a town that is really passionate about their Leathernecks just as California is with the Pintos," Lutz said. "I felt the Western Illinois would be a good place for me to continue my playing career while also getting a good education. The coaching staff is great. My teammates are great. It's a nice fit for me."

When Lutz arrived at Western Illinois, she soon found out the road ahead of her was even harder than the one she on while with the Lady Pintos. Lutz joined a collection of players from across the country at Western Illinois who had been to the Final Four in the respective regions at least once in their careers.

It was a difficult for Lutz to find traction in her game during her first two seasons with the Leathernecks as a back-up point guard. The Leathernecks struggled in stretches with consistency, particularly on defense, finishing 12-18 in 2018-19 and 15-15 in 2019-20.

But in her junior season, things began to turn around for Lutz. During her high school days, she was known for the most part as only an offensive player and made it her mission to become a more complete player by learning how to play a higher level of defense. The hard work translated into Lutz starting 21 of Western Illinois' 24 games that season. She led the Leathernecks in steals with 2.5 per game, ranking 32nd in the country. Lutz also recorded her first career double with 22 points and 14 rebounds against the University of Denver.

"It's funny because I remember in high school talking with coach Bobby Sangster pretty jokingly about the fact that I was not a defensive player. During high school, for the most part I just wanted to score points and let everything take care of itself from there," Lutz said. "When I got to Western Illinois, I quickly learned that I had to learn how to be a better defender. I sometimes had to learn the hard way. But I stuck with the program and the coaches and now I feel like a much more complete player. Sometimes I'm surprised that I've become this good at stealing the ball."

Lutz continued to make progress the following season and her senior season last spring turned out to be the best of her career. She started in all 29 games for the Leathernecks and set career high averages in minutes per game, points, assists, rebounds, field goal percentage, and steals. She tied a career-high seven steals on Feb. 14 against Oral Roberts. For her hard work, Lutz was named to the Summit League All-Defensive Team.

Last season should have been the last for Lutz's playing career. But because of the COVID-19 pandemic setback in 2020, Lutz gets one more year of eligibility with Western Illinois and is grateful to have one more run. But in her words, it's her hometown of California that greatly helped her to propel on her journey to collegiate basketball and it will always be home for her.

"Because of the COVID-19 pandemic, I have one more year of eligibility. I earned my bachelor's degree in sociology, communications and anthropology. I'm very thankful that I get one more season to play for Western Illinois and I hope it's my best one," Lutz said. "I want to say to the residents of California that I will be forever thankful that I got to be raised in such a great community and got to play on a state team. I will always remember where I came from and I can't say thank you enough." 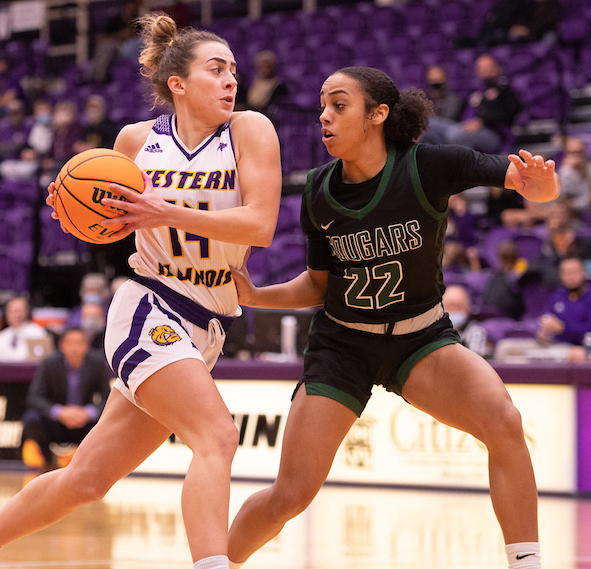 Elizabeth Lutz was named to the Summit League All-Defensive Team in 2021-22 with a league-leading 2.2 steals per game. 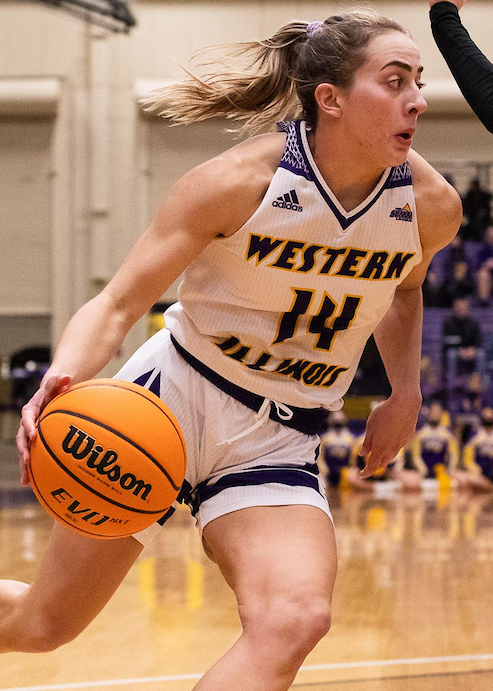 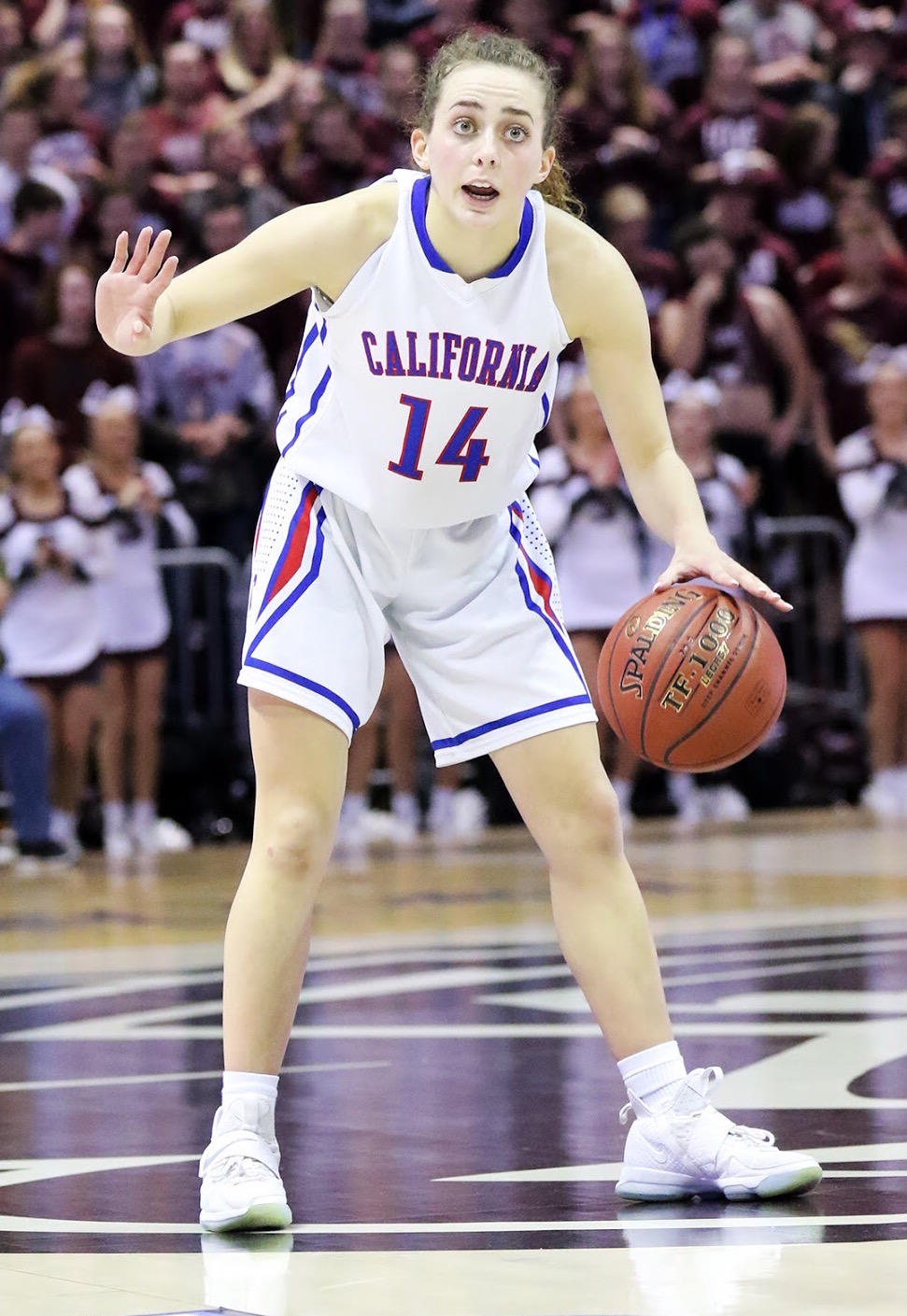 Elizabeth Lutz set four school records for the California Lady Pintos during her career, including points in a career with 1,905.