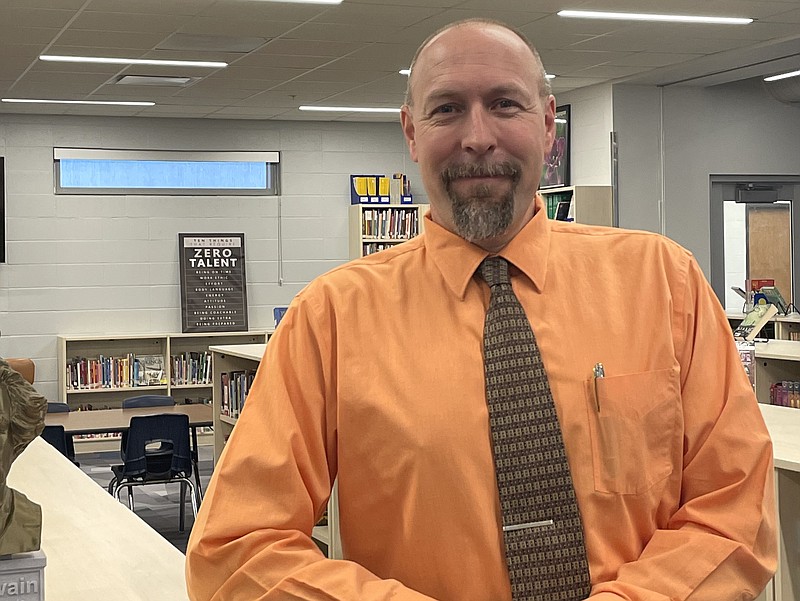 Abernathy said that after Superintendent Dwight Sanders announced his retirement, he decided to apply for the position. He said it was always his goal to advance his educational career, and after 14 years serving California schools,becoming the superintendent of the school district seemed like the next step.

The board considered creating the assistant superintendent role for years, however, after the district's buildings and grounds supervisor resigned, the board decided to create the position.

The Missouri Department of Elementary and Secondary Education recommended the district should create the new assistant superintendent position because it has well over 100 employees.

After the district posted an opening for assistant superintendent, Sanders and incoming Superintendent Daniel Williams found Abernathy was more than qualified for the position.

"We went through applications, screened them, identified who we wanted to interview, and then had those candidates come in," Sanders said. "We just worked out that Mr. Abernathy was the best-qualified candidate for the position, and so he was selected."

Abernathy will begin as assistant superintendent July 1. He said he is looking forward to working with staff and faculty all across the district.

He said he will assist the district in improving multiple areas including a focus on improvements in maintenance, classroom appearance, building facilities and security.

With the absence of a buildings and grounds supervisor, much of those responsibilities have been transferred to Superintendent Sanders. Abernathy said as the year comes to an end, those duties will be shifted from Sanders and onto him so he can help prepare crew and staff for when summer starts.

What Abernathy would like to bring to the district is unity. After working for 14 years in the district, he created many relationships throughout the schools.

"They can just come to me for all of those things, and I think it's going to bring some unity into how all of those tasks get completed," Abernathy said. "Hopefully it will also be more productive in the way in which (tasks) are done because they'll filter through just one person."