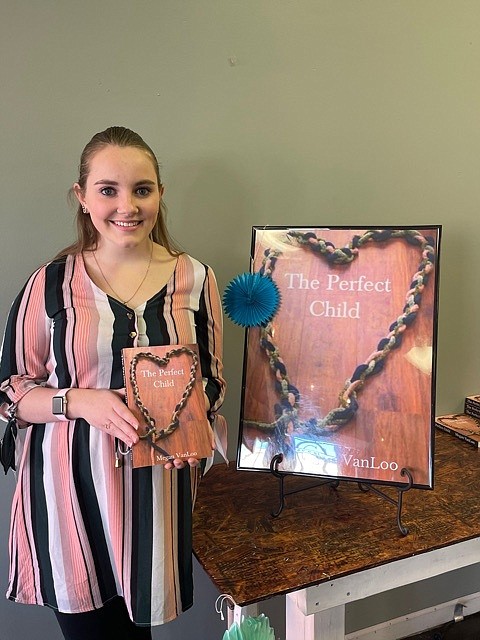 A California High School graduate has self-published her first book.

Megan VanLoo, who graduated in 2021, held a book signing at Grind Coffee and Bistro on Saturday for "The Perfect Child," a novel about "the behind-the-scenes of what happens in the lives of teenagers."

During the signing, VanLoo said the book is a coming-of-age drama with many heartfelt and comedic elements as it examines life from young adults' perspectives.

A freshman at Lindenwood University, she found time between classes studying business administration and secondary education and filled it with creativity.

"It became something that I did in my free time. I would sit down and write whenever I had time between classes," VanLoo said. "Being a college student, I didn't really have a whole lot of time, but when I had those minutes of spare time, I would ... write a page or two and I'd let the story go wherever it wanted to. It was really simple; (writing) was kind of just like a way to get out different thoughts that I had."

She explained there wasn't much of a writing process when approaching "The Perfect Child" because she always had a story that had been brewing. After putting a few of those ideas to paper, she finally decided to write her book.

"One day, I just decided to start writing it down," VanLoo said. "I brought it to my family and told them what I was doing and they (said), 'If you want to do it, well you can do anything you set your mind to, so just go for it.' I decided to start writing, and it became a novel, so I decided once I had finished it that I was going to self-publish and keep going with it."

Completing her book after six months, VanLoo self-published all copies of her book through Amazon. She said creating her book was very rewarding, and after seeing her work finally come to life, she'll be pursuing a sequel in the near future.

The author said she would like the community to know the book is great for all ages. VanLoo felt she was writing for those in the stage between childhood and adulthood. She would like readers to connect to the book as they feel the same emotions the characters are going through in the story.