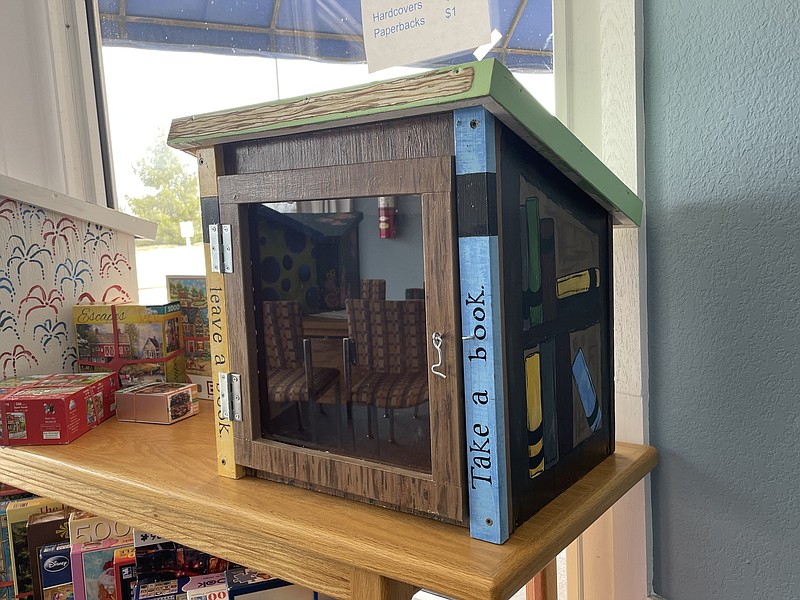 The Moniteau County Library holds the Little Free Libraries installations in its front window until they can be placed throughout the area. (Democrat photo/Kaden Quinn photo)

The Moniteau County Library has added six more installations to its program assisting readers across the area.

During its latest meeting, the Moniteau County Library Board discussed progress on the Little Free Libraries program.

A joint effort between the library and Central Missouri Community Action (CMCA)'s, Little Free Libraries program to give families and individuals without resources access to reading material they wouldn't have otherwise.

Initially working with California High School's art department, students volunteered to build five decorative posts storing a variety of books. After they were turned in, Library Board Director Connie Walker told the Democrat, the board was looking into creating more installations to place in other areas of the county.

Board member Mark Bogue offered his services to build additional Little Free Libraries for the program. Enlisting friends involved in woodworking, he said, together they could create six more installations -- totaling 11 for the library.

Although the additional installments have not been completed, Walker said, the library and CMCA will coordinate with the City of California Street Department to place them in different parts of the community such as Proctor Park and Lathem Memorial Family Park.

While the date for this is undetermined, Walker said she hopes to have this completed by mid-April.

Walker reported the library will be installing a new network system called "Share Point" on computers. She said its current system has aged since it was initially installed, and this updated version will allow staff to streamline file-keeping and maintenance.

The library received a $3,500 donation for an up-to-date computer operating system. The system, "Deep Freeze," will be placed on the 22 new computers acquired by the library and will scrub hard drives of user information once a session is completed. 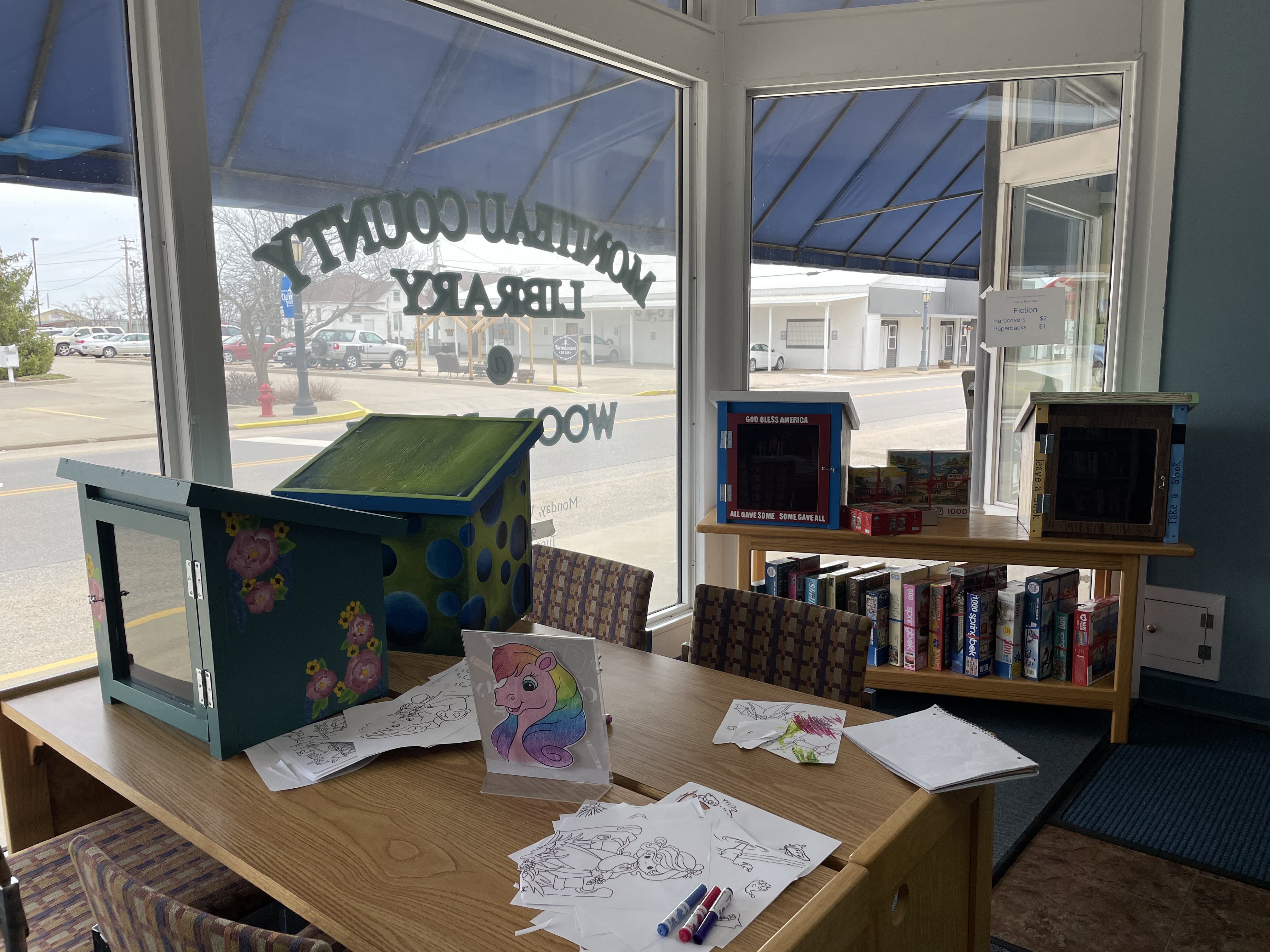 Democrat photo/Kaden Quinn photo: The Moniteau County Library holds the Little Free Libraries installations in its front window until they can be placed throughout the area.