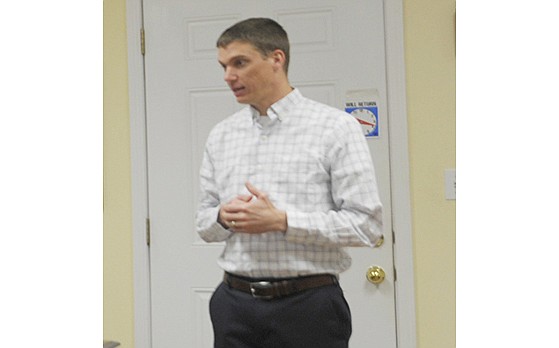 The City of California's plans for water and wastewater continue to develop.

During the Board of Aldermen's May 2 meeting, Bartlett and West project manager Gary Davis reminded the board it submitted applications for two grants - for drinking water and wastewater. He said he heard back from the Missouri Department of Natural Resources (DNR) on the status of its drinking water grant for the city.

The organization identified what California submitted exceeded the body capacity for the grant. However, Davis suggested to board members if they focus on a smaller project for the city, they would still have the ability to attain a large grant for California.

He said the city could receive close to $2 million to put toward water system improvement.

The project manager laid out a proposal he believes would qualify, as well as remain under budget for the grant and loan package. He said if the city were to connect water from down south of Gerhart Road, past U.S. Highway 50 and then tie it back north into Oak Street, it would create a complete loop. By doing this it addresses the DNR's objective to loop the water system and provide the biggest well more connectivity to the rest of the city.

Davis said this project would cost around $4 million, however, the city has a chance to get $2 million in a grant and $2 million in low-interest loans for it.

The board approved Davis' proposal to focus on looping the water system for DNR.

The board is waiting to hear about other grants it has applied for. The city hopes to hear whether it will receive American Rescue Plan Act grants for drinking and wastewater, and whether DNR will approve a grant for wastewater.