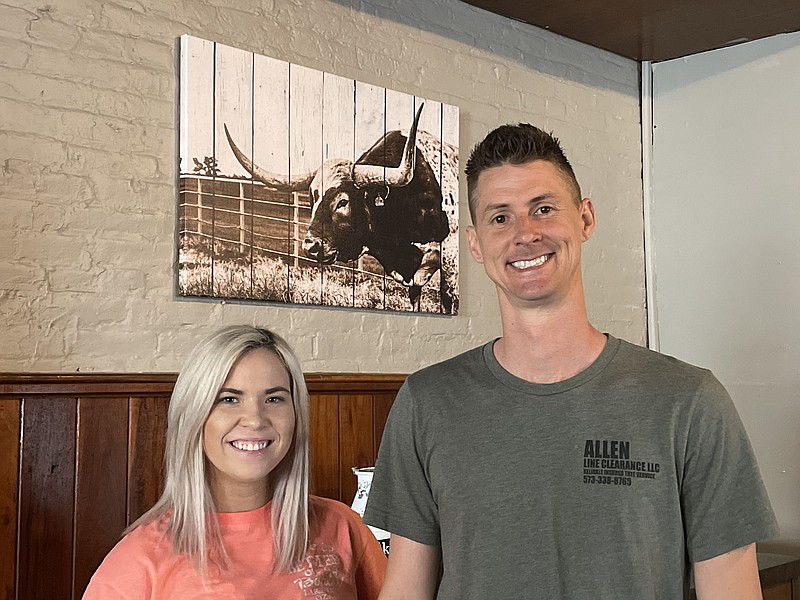 A developer and California native is about to take on a new title: restauranteur.

Jordan Allen said he is establishing his new restaurant to help revitalize the city's historic district. Having had a lengthy career in construction, real estate, house flipping and investing, Allen has become familiar when buying and renovating buildings. He has restored several houses in California and wanted to do the same to parts of the city's historic district.

"I want to see this downtown back again, where people are walking around when there's shops and there's stuff to do," Allen said. "Hopefully in the future, there's more than just the Ham and Turkey Festival (to bring people in)."

Allen said it's been a dream of his to establish his own restaurant. After buying a building in the district, he decided to fully commit to creating the Tipsy Cow Steakhouse.

This comes on the heels the City of California Board of Aldermen's move to create a historic district commission, which protects and restores buildings within the city's downtown square, the oldest part of town.

Seeing city officials take interest in fixing up a part of the town he wants to help revitalize, he saw an opportunity to create a business to bring attention to the area.

Allen and managing partner of the Tipsy Cow Steakhouse, Hallie Batican, said they want the restaurant to give locals options they usually don't have in town such as seafood selections.

Allen said the Tipsy Cow menu will focus on premium steaks and burgers but offer appetizers and other foods such as pizzas, wings, lobster tail, shrimp and fish tacos.

"It's going to be something that is not normally around here," Allen said. "Something that you can't get around here. That's the reason we're doing it, so we can have good food. We're starting pretty small ... with steaks, burgers, chicken dinners. We want to start small because we want our food to be great and not just OK. If it's not great, we're just gonna be like everybody else."

The business will also have a pub open for customers. Allen said this service will be an additional draw for customers. However, he and Batican also wanted to balance the family-friendly aspect of the restaurant with bar patrons. The steakhouse will keep the bar open from 8 p.m.-1 a.m., so adults looking for a drink will be able to relax while still allowing for families to have a fun night out with their children.

The owners explained the steakhouse is a one-stop shop for customers. According to them, residents can get a good dinner, go to the bar and drink, and finally, finish the night off with a game of pool.

The owners said they are aiming for a rustic atmosphere residents can enjoy as well. Cowhides, bright lights and whiskey barrels decorate the updated building, which is a far cry from the dilapidated structure occupying the space before Allen and company took over. Although it was a lengthy renovation process, Allen took his new property from an old and rotted out building to a fresh establishment ready to open.

Allen said he will drive his new buisness to cook the best steaks in town as he hopes the restaurant to be around for a very long time.

The Tipsy Cow Steakhouse will shoot to open its doors to the community on May 13. 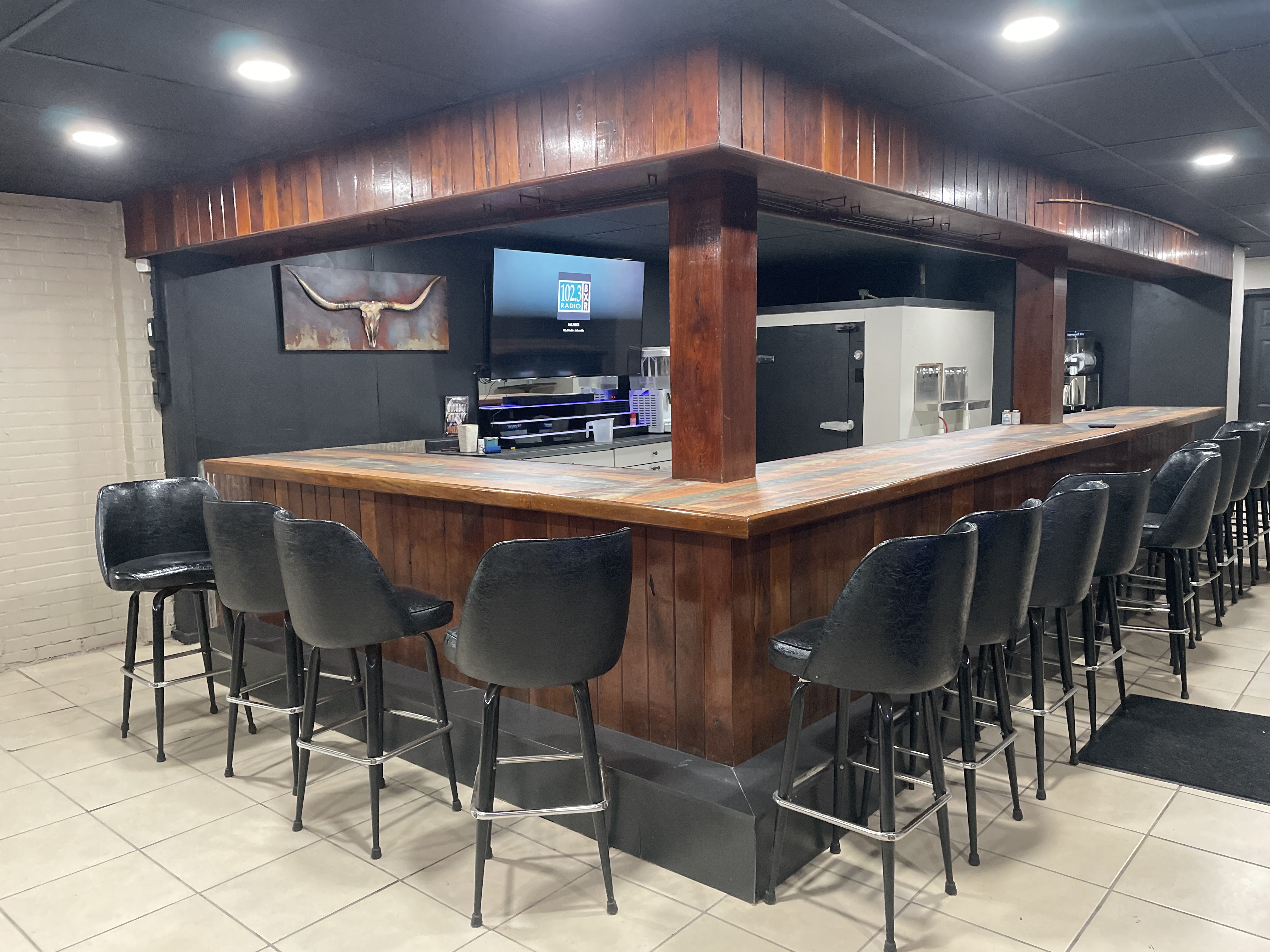 Democrat photo/Kaden Quinn The Tipsy Cow Steakhouse will have pub open for patrons to enjoy after their dinner. 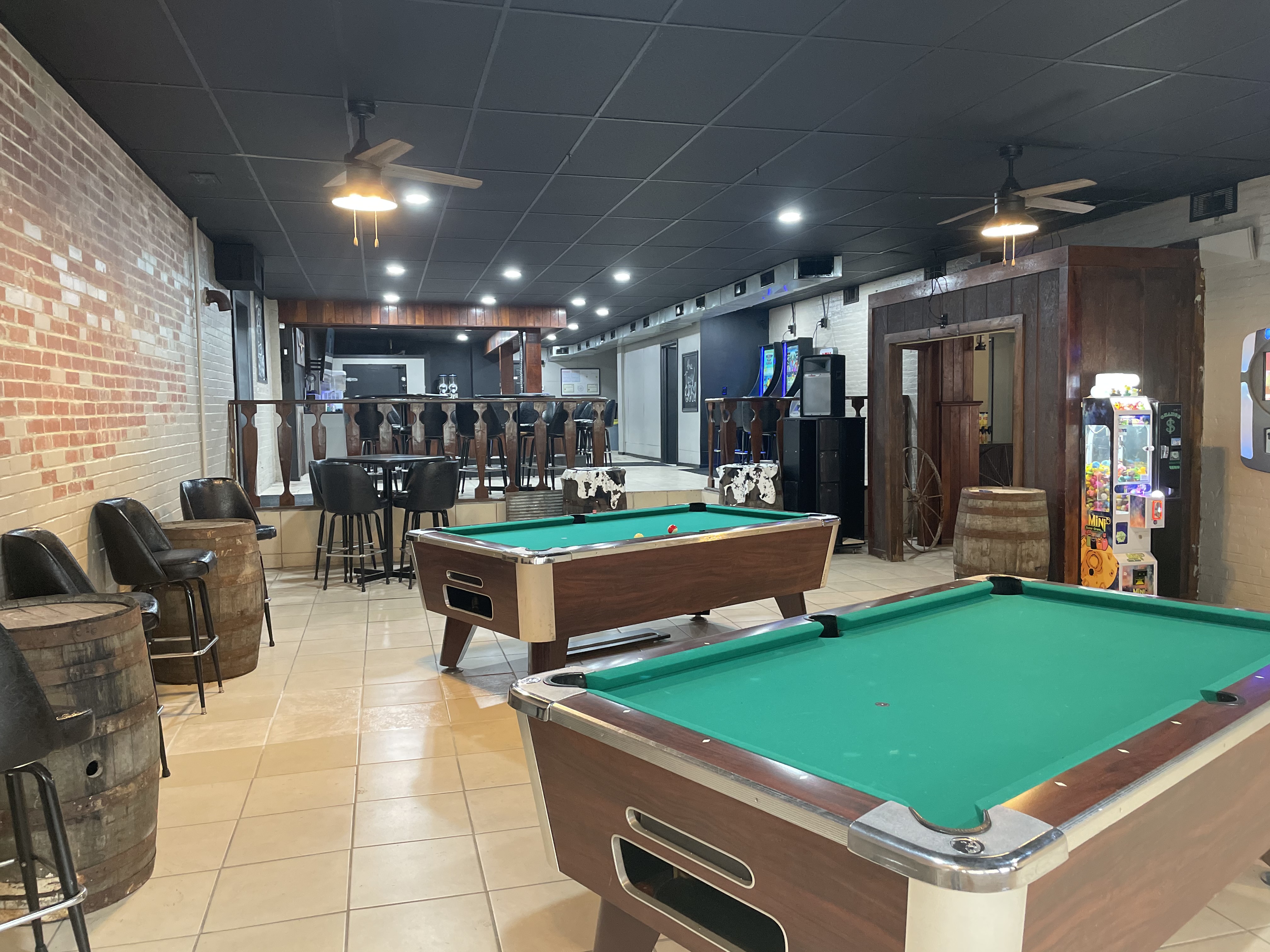 Democrat photo/Kaden Quinn The Tipsy Cow Steakhouse will also have pool tables and other games for customers to play while spending their time at the restaurant.