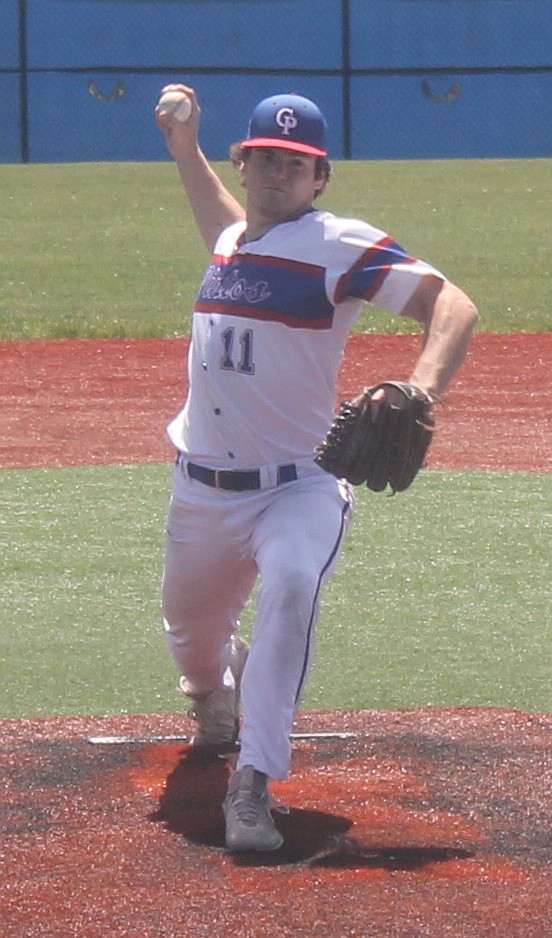 Senior Trevor Myers got the win in game 1 for the Pintos. Giving up only one run and four hits against the Pioneers.

The California Pintos returned to the diamond after a four-day layoff Saturday afternoon and hosted a doubleheader against the Duchesne Pioneers.

In California's first-ever meeting against Duchesne, the Pintos split the doubleheader with the Pioneers, winning 6-1 in Game 1 and losing 6-3 in Game 2.

In Game 1, head coach Steven Stock made a few changes in the lineup by putting senior Trevor Myers in as the starting pitcher and senior catcher Kaden Bax at the No. 2 spot in the batting lineup. Bax has traditionally batted in the No. 5 or 6 spot in most games this season.

In the bottom of the second inning, the Pintos broke through with back-to-back singles by Myers and Ethan Bloch to lead off the inning. Junior Hunter Berendzen then stepped up a took a 3-2 pitch to deep center field for an RBI double that drove in Myers from second to give California a 1-0 lead. Two batters later, Bloch put the Pintos a 2-0 lead. Then Hunter Berendzen caught Duchesne sleeping and stole both second and third base in one play. Berendzen put the Pintos up 3-0 after sophomore Will Edwards singled to left field.

That three-run second inning became an early turning point for the Pintos in Game 1, and they never looked back. Even when Myers cooled down on the mound, California's defense found other ways to keep the Pioneers at bay. California remained in control, even after Myers made way for Berendzen to take over his pitching duties. And with senior Drake Schlup going 3-for-4 with two doubles and two RBI, the Pintos charge couldn't be stopped. California went on to a 6-1 win in Game 1 and extended its winning streak to a season-high six games.

But in Game 2, the roles reversed and it was Duchesne who established early control, in part because of the Pintos pitching struggles. California's starter for Game 2, junior Ian Peterson, twisted his ankle almost two weeks while playing basketball and Stock decided to give Peterson the start to see how his ankle was. Peterson was limited to only 30 pitches until junior Martin Kilmer relieved Peterson of his duties in the third inning. Kilmer took over with a 1-0 lead but struggled to find the strike zone and quickly loaded the bases with no outs. Kilmer allowed three runs in the third inning and put two runners on the top of the fourth.

Stock decided that would be it for Kilmer and he called up sophomore Will Edwards to relieve him. Edwards gave up three more runs in 2⅓ innings and Duchense extended its lead to 6-0 on California. Even a late comeback effort by the Pintos in the sixth and seventh wouldn't be enough, as California's six-game winning streak ended with a 6-3 loss in game 2 to the Pioneers.

As expected, Stock was pleased with the results in Game 1, but he was displeased with his team's effort in Game 2. Stock thought his team lost their competitive nature in Game 2, and it only got worse when their pitching went cold. Once his team fell behind, Stock thought his team "went through the motions" of having to play from behind when it lacked its competitiveness. Something that California has been working hard on to avoid at this stage in their season.

Stock also said despite the six runs and 10 hits California had in Game 1, his team didn't do its best job at pitching in either game. Drake Schlup had a nice game in the opener by going 3-for-4 with two RBI. But the Pintos didn't have the mental approach to match up with Duchesne in Game 2.

"In the first game, we had a few situations where our defense got us out of trouble," Stock said. "Because we didn't pitch it as well as we can. But when Drake gets on base, we score runs. So that's a good thing. He hit the ball well today. But we came out in the second game and made a few mental mistakes. I just didn't think we put our best game forward at the plate and had the number of good at-bats that we needed to compete. And credit Duchense. They put a few runs on us, had a big inning, and never let us back in."

For Stock and the Pintos, every game win or lose can provide an educational experience. This lesson learned Saturday was a familiar one on how to maintain their mental focus from game to game, doubleheader or not. And it starts at ends for California with getting productive at-bats and giving themselves better chances to score runs, which is something Stock said will be more and more vital with the district tournament just around the bend.

"You've got to have more focus with at-bats,'" Stock said. "You know, we had situations on the bases where we didn't do a good job. Just concentration and any time you're in a close game, those little things like where you give at-bats away, where you didn't have your best effort and best concentration, it can cost you. It just comes down to at-bats, and we had a few times where we had guys at first and second with no outs and they were playing without a second baseman. They're shifting over to the left and we're way out in front. When you have a game like this where you're down 3-1, when you have unproductive at-bats, it'll cost you runs."

After Saturday's doubleheader, the Pintos are 14-6 with three games left in the regular season. California's next game is Thursday, as the Pintos host the Knob Noster Panthers at 5 p.m. 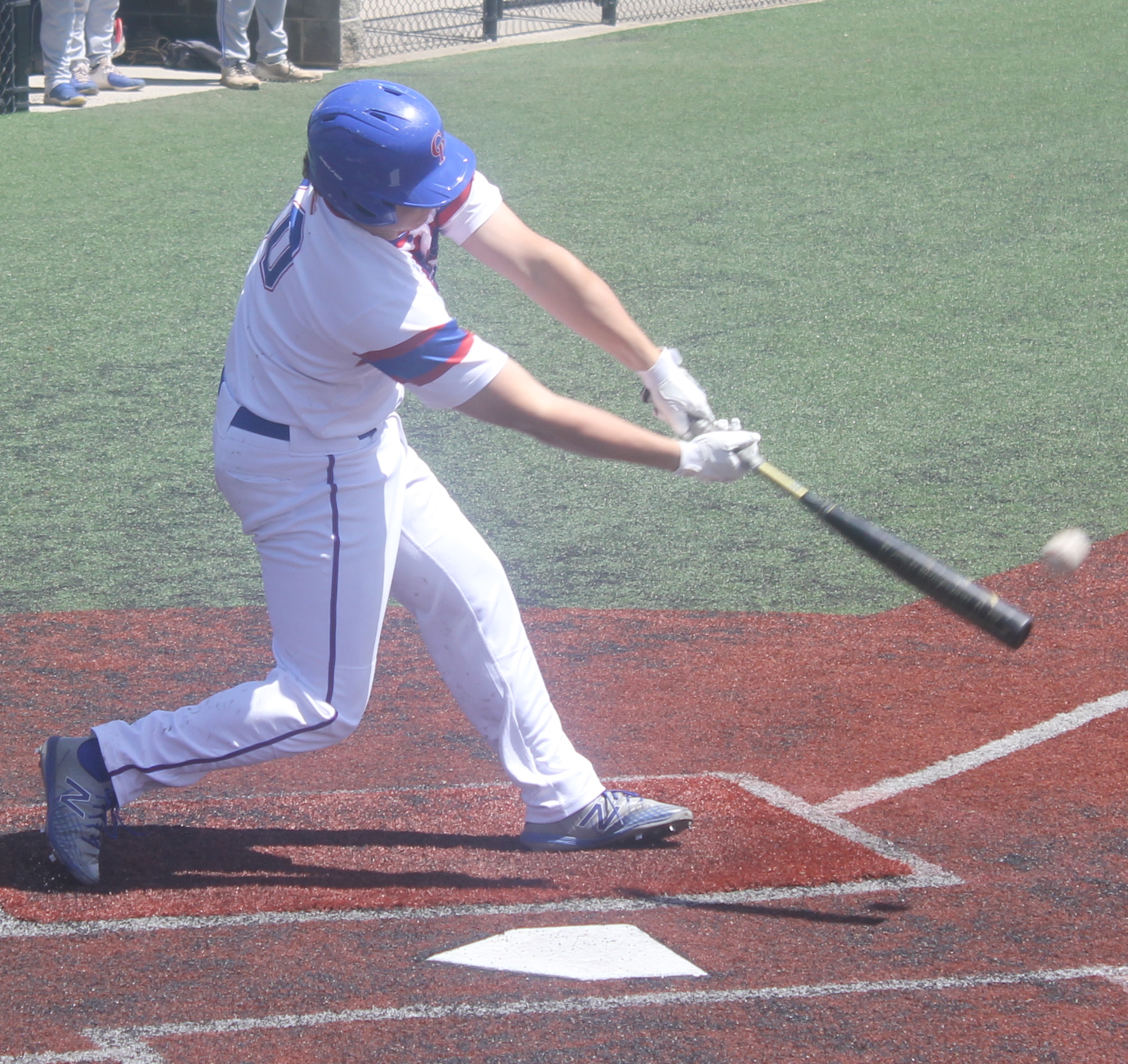 Senior Hunter Berendzen gives California a 1-0 lead in the second inning with an RBI double to left field. Berendzen went 2-4 in game 1 and 3-7 on the day.

Senior Ethan Bloch scores from second to give the Pintos a 6-1 lead in the fifth inning of game 1 against Duchense. 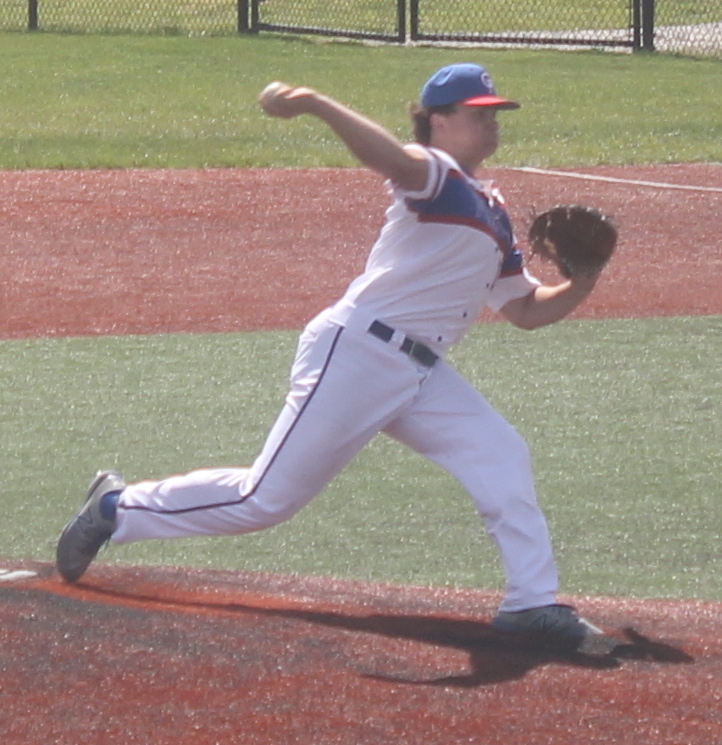 Junior Hunter Berendzen closes out game one for the Pintos. California's win in game 1 gave extended their winning streak to a season-high six games. 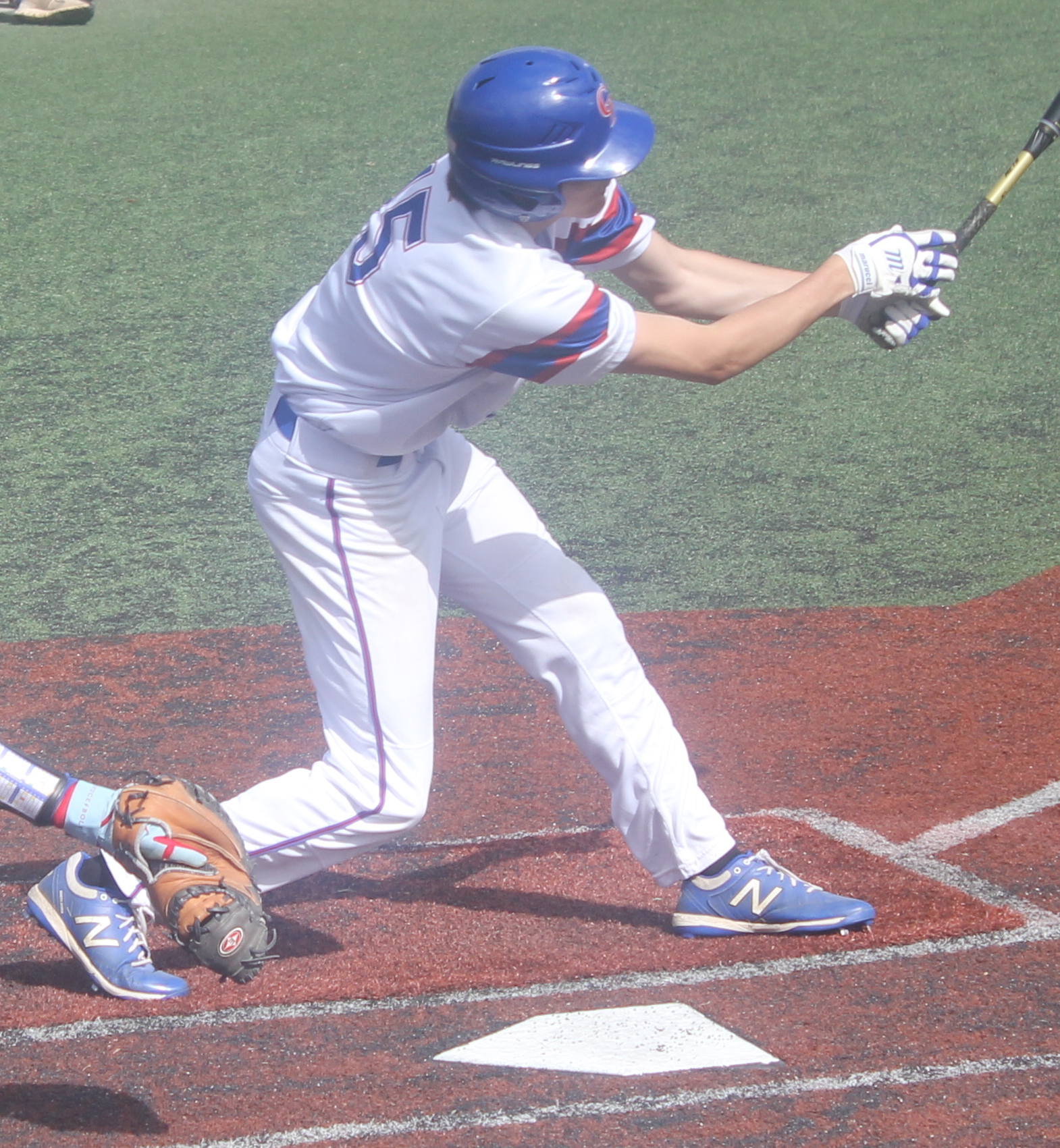 Junior Martin Kilmer hits a single to center field in the third inning in game 2 for California. 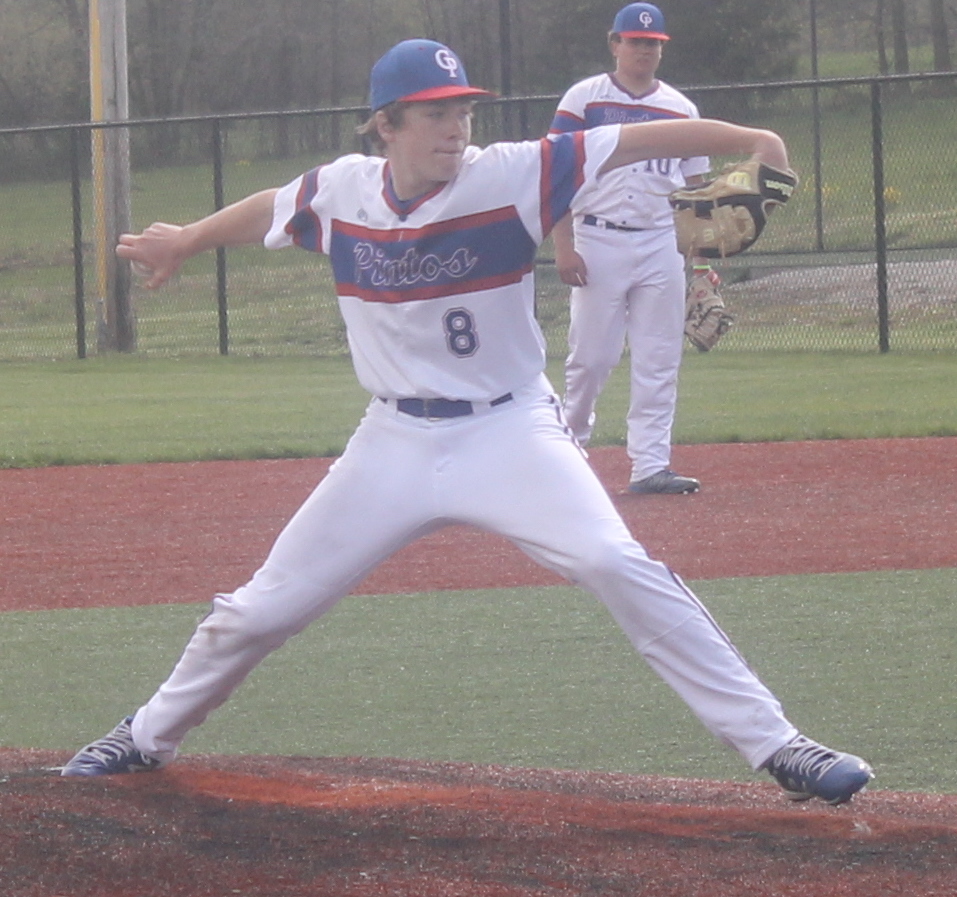 Sophomore Will Edwards pitched two and one-third innings for the Pintos in game 2 against the Pioneers.

Senior Drake Schlup gets California on the board in the sixth inning of game 2.