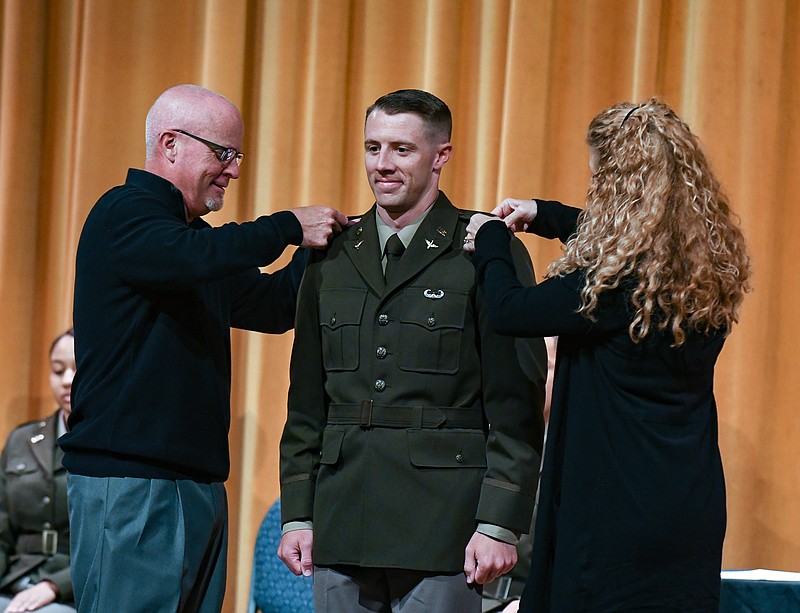 CJ Closser stands on stage in Mitchell Auditorium with his parents Tim and Kim Closser as they pin the bar of second lieutenant on him during a ceremony Friday, May 6, 2022. Lincoln University Army ROTC hosted the commissioning ceremony during which eight cadets were sworn in as second lieutenants in the U.S. Army. (Julie Smith/News Tribune photo)

The eight new officers are joining the Army as second lieutenants, in which they are expected to serve in leadership roles.

During a commissioning ceremony Friday morning, the newly minted officers, who are also graduating from the university, took the oath of office, received words of encouragement and had rank bars pinned to their uniform by family.

The officers worked long and hard to reach their new rank, Ruth said, and it's now their duty to set a standard for others and maintain it. He said they persevered through the COVID-19 pandemic and answered the call to serve.

"Here at Lincoln University, your hearts should be bursting with pride from your storied past deeply rooted in our Army's history," Ruth said in his address.

"Those Army veterans are your history, and you are their legacy," he later continued. "And I know that you're on a trajectory to honor that legacy with each and every thing you do, each and every day."

CJ Closser, who was awarded the Distinguished Military Graduate Award, said the ceremony was a surreal experience.

"It's something that when you start, you don't see the finish line, and then it creeps up on you pretty quick," he said. "But it was awesome, it's been a pretty awesome day."

Closser said he's been planning to join the Army since graduating Blair Oaks High School. He enrolled at Lincoln on a football scholarship, but set the game aside to focus on ROTC.

It was a challenging but rewarding experience, he said. The 30-day camp at Fort Knox with a 12-day field exercise in the woods was particularly tough, Closser said.

"You see some true colors after 12 days in the woods," Closser added. "That's probably the most challenging thing that I think we go through, but when you're surrounded by a lot of good people, it makes it pretty easy."

Closser is moving to Enterprise, Alabama, in September to begin flight school at Fort Rucker. He plans to become an aviation officer for the Army.

Lt. Col. Nicholas Bell, a professor of military science at LU, said he wanted to make Friday's ceremony a special day for the large commissioning class.

The ROTC program prepares students for the military with requirements in academic, physical and tactical training.

The graduating class was also active in recruitment efforts for the program, Bell said, and some took on special projects, such as assisting with a weekly leadership class at Jefferson City High School or participating in the funeral honor guard.

Bell said the ROTC program has a lot of hurdles, but the class overcame them all and maintained an average GPA of 3.4.

"Really, it's a culmination of years for them to get to this stage today, so I'm pretty proud of them," Bell said.

Bell said he wants to build on the momentum of such a large commissioning class by promoting the program's full-ride scholarships and other opportunities. Three ROTC cadets are slated to be commissioned next academic year. 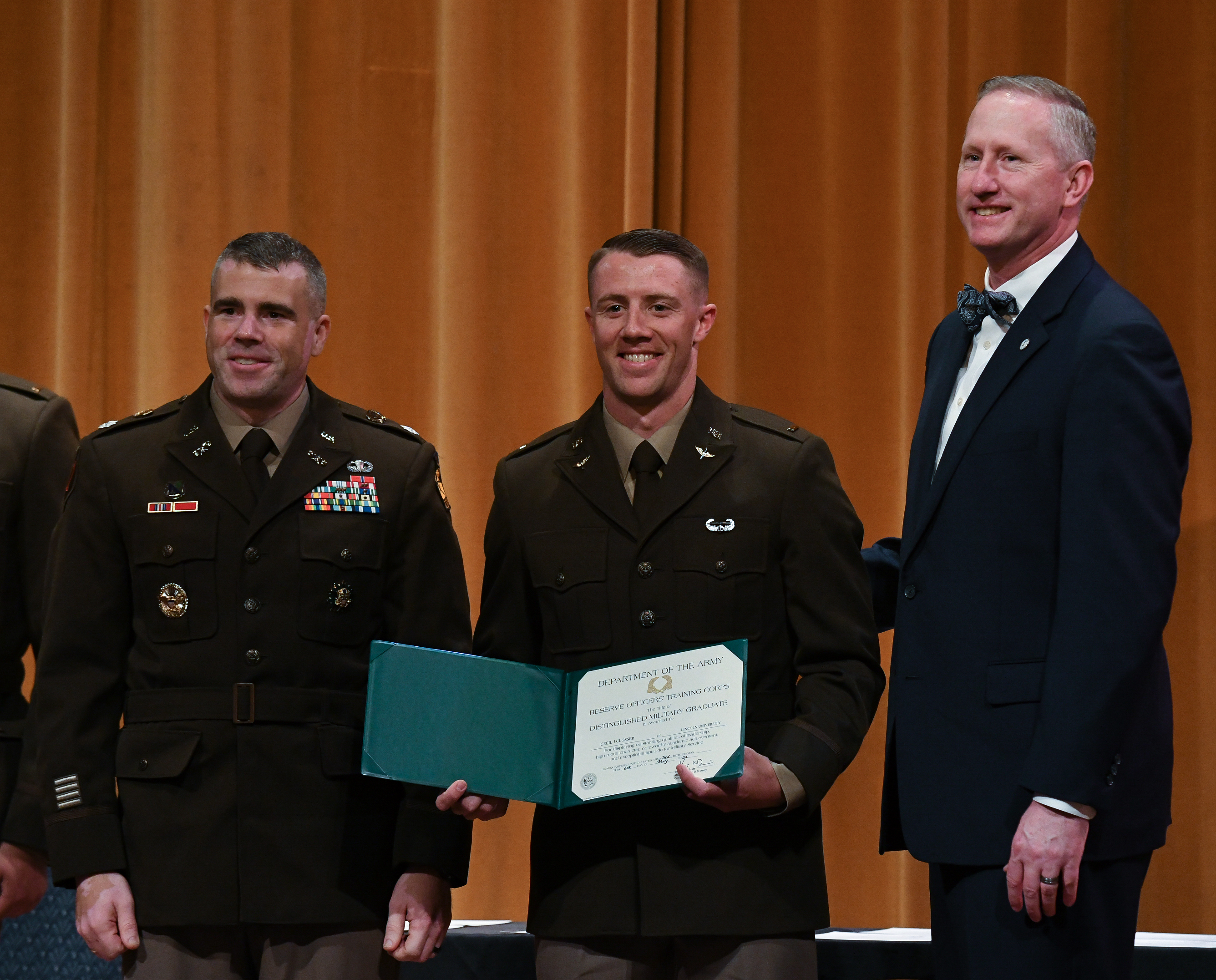