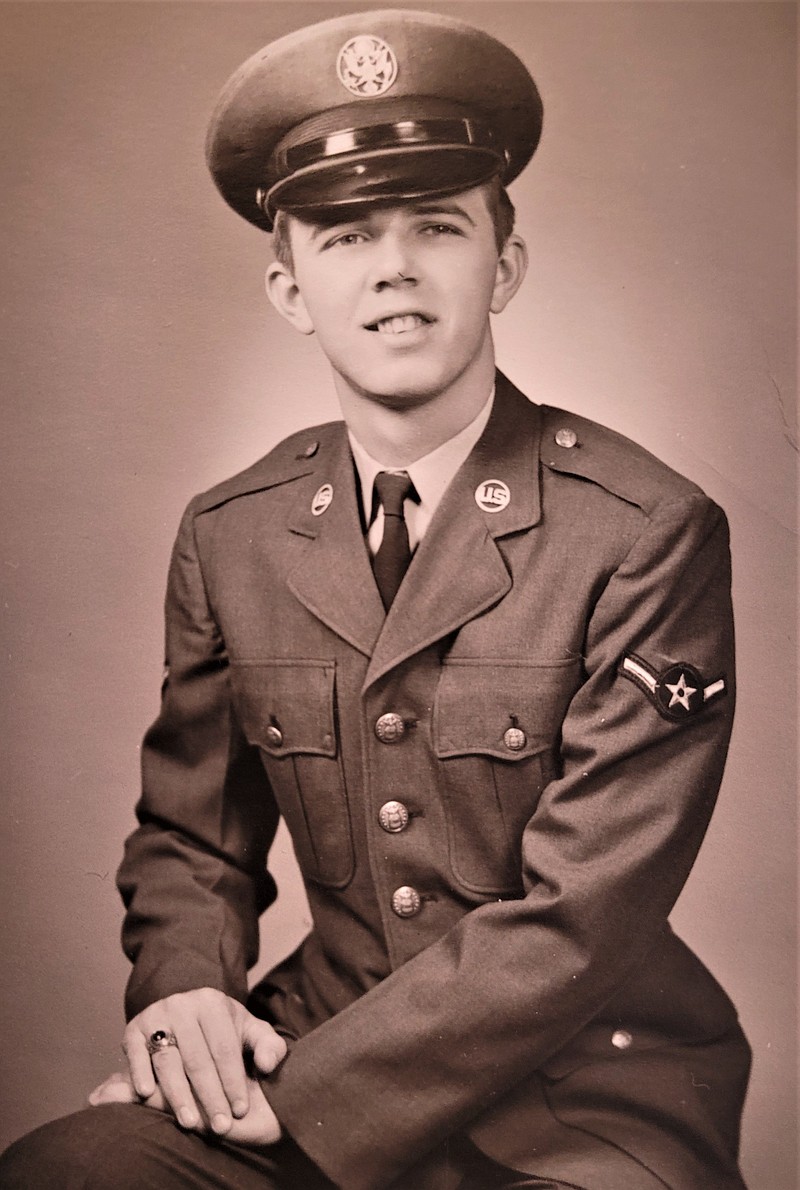 Terry Finn is pictured during his boot camp at Lackland Air Force Base in 1967. (Courtesy of Terry Finn)

There are uncertainties defining the period following graduation from high school, when decisions must be made about the direction of the future. As Terry Finn explained, when his high school days ended at Jefferson City Senior High in the spring of 1966, the overarching concern became whether to enlist in the military or wait to be drafted.

"If I was drafted, I would only have to complete two years, but would have little, if any, choice of what I would have to do," he said. "If I enlisted, it was a four-year commitment, but at least I had some choice in my branch of service and career field."

Settling on the U.S. Air Force because of the many opportunities it presented, the 18-year-old enlisted in May 1967 and completed his boot camp at Lackland Air Force Base in Texas. He was then transferred to Lowry Air Force Base in Denver, Colorado, undergoing several weeks of training as a munitions maintenance technician.

Finn said, "It was about 16 weeks long and broken down into one-week blocks of instruction. Each airman had to successfully finish each block or they had to start over. We studied everything from bullets to bombs to napalm, and it was intense because learning wasn't an option."

When finishing the course, he received orders to report overseas but was first granted 30 days of leave back in Missouri. In November 1967, he deployed overseas and was stationed at Nakhon Phanon Royal Thai Air Base in Thailand, beginning his duty as a munitions specialist with the 456th Munitions Squadron.

The "bomb dump" was carved out of the jungle with a perimeter surrounded by razor wire. After a couple days to settle into his new assignment, Finn was placed on the night shift and began preparing munitions for bombing missions.

"The runways were covered with a steel mesh and all of the bombers were A-1E Skyraiders from World War II," he said. "Often the planes would depart with a full load, drop their bombs and return to the base in 30 minutes, so that tells you how close we were to a lot of the action."

As part of their duties, Finn and his fellow airmen prepped the bombs with pins and fuses and delivered them to the flight line, where other crews loaded them on the aircraft.

The air base was guarded by Thai nationals who worked inside small guard shacks located at intervals along the razor wire perimeter. One evening, Finn and a sergeant were driving toward one of the guard shacks when they observed no response from the security guard inside. When Finn went to check, he found the guard dead with his throat cut.

"There were nights that were very eerie and disturbing because you just felt as though you were being watched from jungle," he said. "Since it was dark, we used spotlights powered by generators for night work. It was like we were working on a lighted stage inside a dark theater."

The intensity of the bombing campaigns resulted in 12- to 16-hour workdays, seven days a week for the airmen on the base. Eventually, Finn gained a little seniority among the new airmen rotating on base and was moved to the day shift.

"The A-1Es were a big, single-prop plane with a pilot and co-pilot," he said. "There was a time when one of the planes took a .50 caliber round through the cockpit that severed the co-pilot's arm at the shoulder and damaged part of the bombing mechanisms; the plane returned with the bombs still loaded."

Finn recalls the pilot appearing "pale as a ghost" while the crews scrambled to remove the possibly "compromised" bombs from the plane and store them away from the flight line.

Finn's overseas duty ended in November 1968, and he was transferred to Barksdale Air Force Base in Louisiana. While there, he was slotted to serve as a military policeman, a duty assignment he neither anticipated nor enjoyed. Seeking an alternative, he requested deployment to Vietnam.

"Instead, they sent me to Anderson Air Force Base in Guam," he chuckled. "I spent the remainder of my enlistment there doing the same thing I had done in Thailand, except this time we were loading B-52s for bombing missions in Vietnam."

He received an early discharge in December 1970, since he was enrolled for classes at Lincoln University. He went on to earn his bachelor's degree in psychology with a minor in criminal justice and was employed for 30 years with the state's Division of Youth Services.

Finn and his wife, Mary, reside south of Jefferson City. Additionally, he maintains membership in the Disabled American Veterans, Veterans of Foreign Wars and the American Legion.

The veteran said there were multiple factors inspiring his decision to enlist in the military, one of which was a family tradition consisting of two uncles who served in World War II and both of whom were held as prisoners of war.

Despite the fact he and many of his fellow Vietnam-era veterans received poor treatment when returning from their service, they were a distinguished group who performed the tasks they had been asked to do.

"I don't want to diminish the recognition our World War II veterans received when returning home, but we didn't get the same celebrations or accolades," he said. "And when the Vietnam veterans -- many 19 or 20 years old -- were spit upon and called names, it's not something that is easily forgotten."

He added, "But like most, we all did what was asked of us to the best of our abilities. Simply put, I am proud to be a veteran and to have done my part." 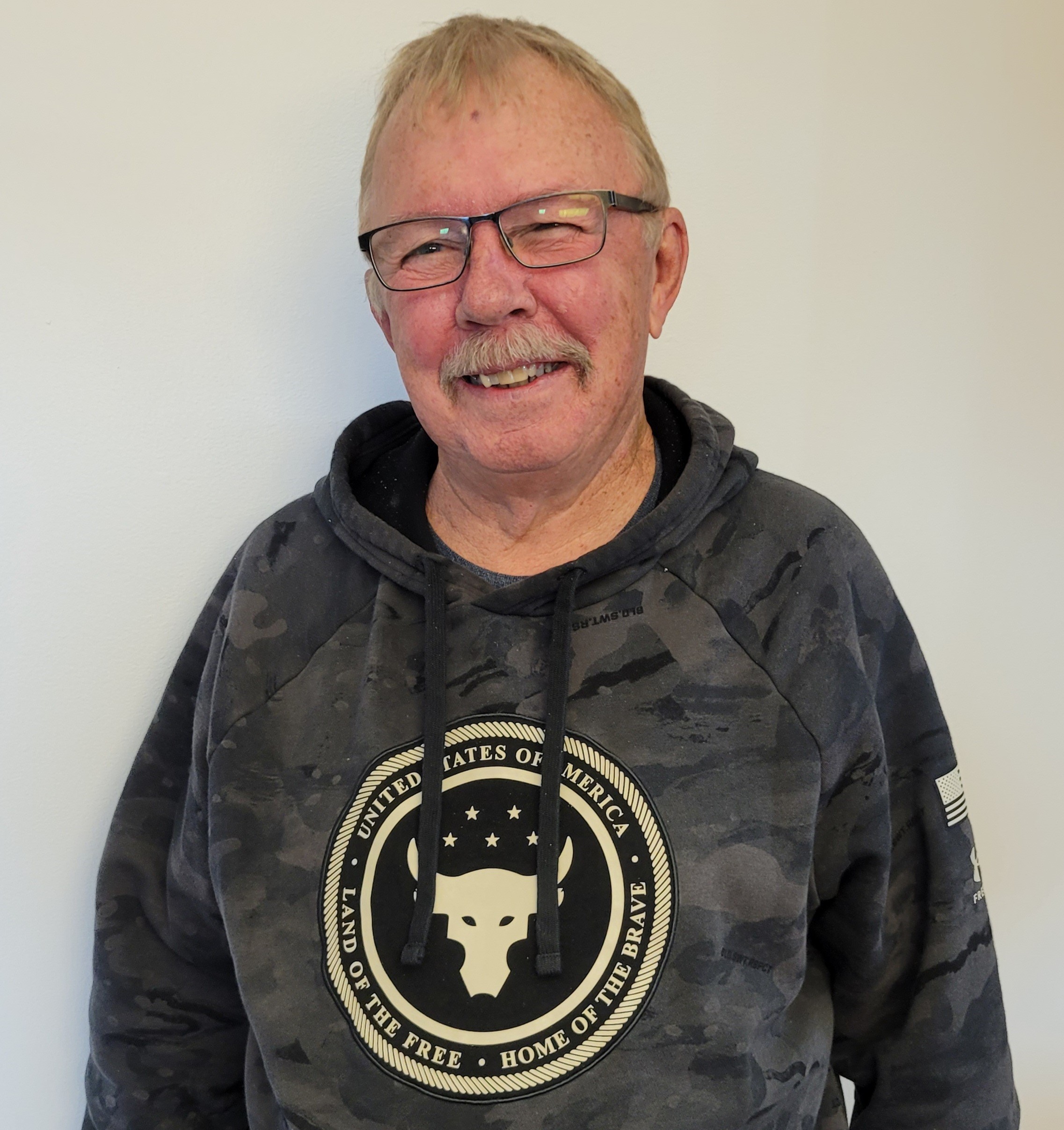 Terry Finn enlisted in the U.S. Air Force in 1967 with hopes of gaining some control of his military experience. He went on to serve as a munitions specialist in Thailand and Guam, supporting bombing missions during the Vietnam War. (Courtesy of Jeremy P. Ämick)