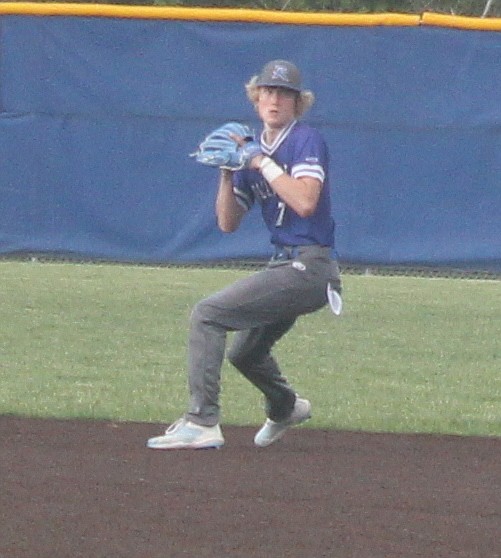 Senior Isaiah Kauffman throws over to first base for an out in the second inning. (Photo by Evan Holmes)

For the Russellville Indians, Friday night's game against the Capital City Cavaliers was one where they made history.

Russellville took care of business against the Cavaliers by winning 3-1 and took the pride of beating Class 5 Capital City, giving the Indians their second 20-win season in school history.

The game was originally supposed to be played in Russellville, but because of wet playing conditions, the scene of the game switched venues to Capital City High School in Jefferson City.

The Indians went to their hard-throwing senior ace Logan Cinotto against the Cavaliers. Cinotto acted like an ace in four innings of action by allowing only one hit and one walk to the Cavs and striking out five batters. Russellville coach Lucas Branson wanted to limit Cinotto's pitch count for the postseason and the strategy would pay off as Cinotto only had to throw 56 pitches. He then went to Jesse Daniel to pitch the fifth and sixth innings for Russellville.

Daniel faced a tough scenario in both innings with two runners on base. But Daniel and the Indians persevered. They managed to escape both innings with zeros on the board. Charlie Miller then closed out the game by retiring the side in the seventh in only 12 pitches.

"I think that Logan was fantastic," Branson said. "You know, for him to come out and go four innings and only allow one hit and stay under 60 pitches. That's was our goal tonight. To use three guys and keep them all under 60 pitches so that way they are available again on Monday. That was probably his best start just from a four-inning standpoint he's had all season. So I think that's big for him for a confidence standpoint. Jesse came into some tough spots against the middle of their lineup and handled some situations with some baserunners. And then Charlie, it's just a matter of him being probably one of the best pitchers in the area. Just knowing that when he goes out on the mound, it's going to be tough for anyone to put the ball in play."

On offense, the Indians got a lift early when Christopher Seaver drove in two runs on the first inning with a RBI double and gave the Indians and early 2-0 lead. Capital City cut the lead in half in the fifth inning when Daniel allowed an RBI single. But the Indians got the run back in the bottom of the fifth when Daniel redeemed himself with a sacrifice fly to right field that scored Miller from third base and put Russellville's lead to 3-1.

Although the game was a low scoring, one of Russellville's biggest moments was when they put up two scoreless innings in the fifth and the sixth with two runners on base. Branson said it helps his team to focus more when they are put under a little more pressure.

"No it's not ideal," he said. "But it's good for us in the situations to know that for later on in the next couple of weeks, that we've been in some situations recently against a very quality opponent and we've been able to execute and make those plays when we needed to and relieve some pressure."

Friday night's win was Russellville's second-ever win against Capital City. The Indians hold themselves to high standards and try to play as difficult of a regular season schedule as possible. The win against Capital City was the latest in a string of wins against bigger schools -- something that Branson and his coaching staff are happy to accomplish.

"I think any time that we get an opportunity to play against a bigger school, just within our own county, it gives our guys a chance to have a little bit of bragging rights and say, 'Hey, a small school out of Russellville, we've gone through Capital City. We beat Blair Oaks earlier this year,'" Branson said. "So we've done very well in those games. That gives us bragging rights. We've got some guys who play with some of the guys on their team. They know each other. So that was probably their motivation more than anything."

The Indians played New Bloomfield on Monday, defeating the Wildcats 15-4 in six innings, and Warrensburg on Tuesday. They will finish the regular season Thursday night at home against South Callaway. Russellville has also clinched the No. 1 seed in the Class 2 District 8 tournament in New Bloomfield. They will play the winner of the No. 4 vs. No. 5 game between New Bloomfield and Vienna at 4 p.m. Monday. 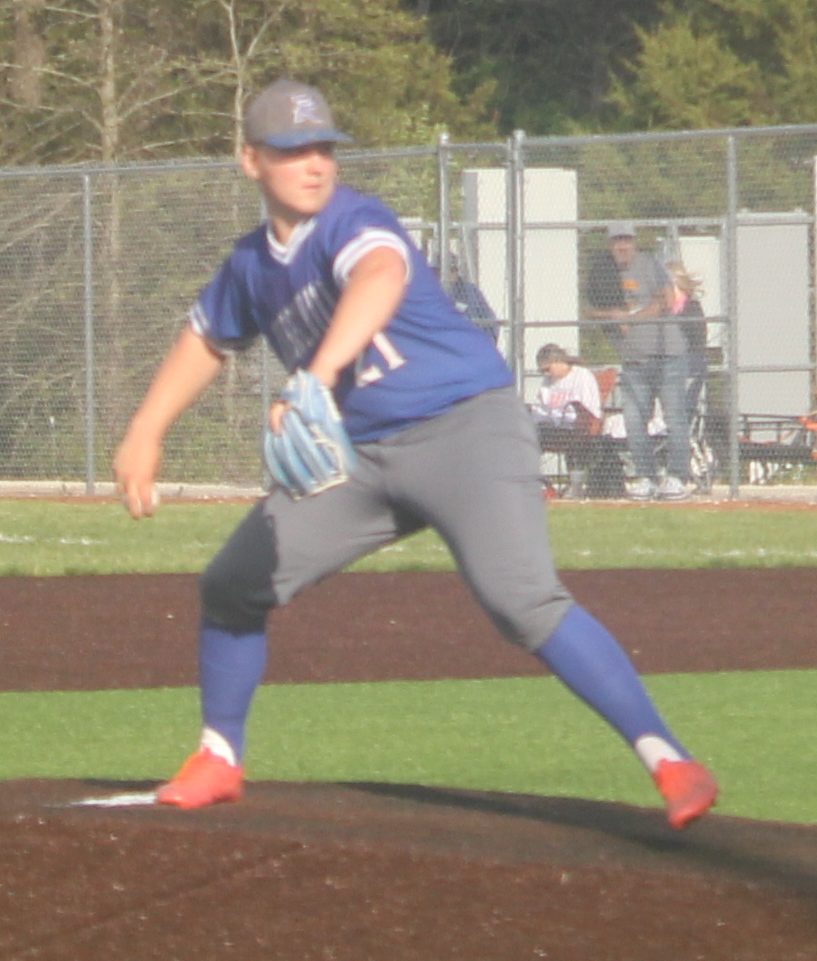 Senior Logan Cinotto got the win for the Indians on Friday night. Giving up only one hit with fie strikeouts in four innings. (Photo by Evan Holmes) 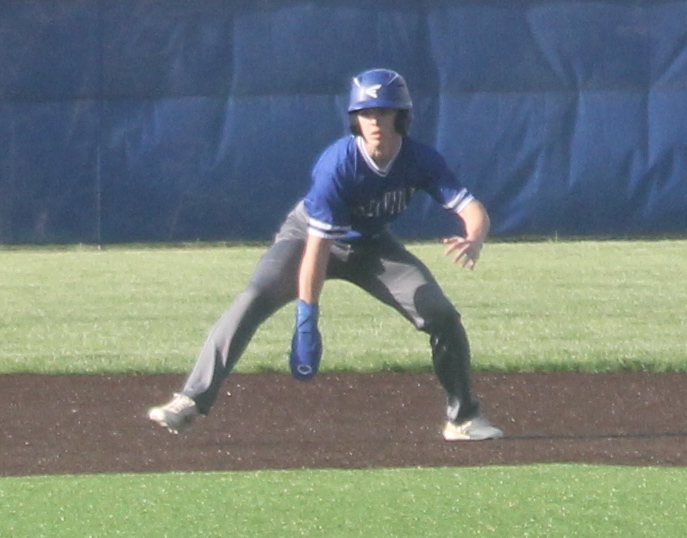 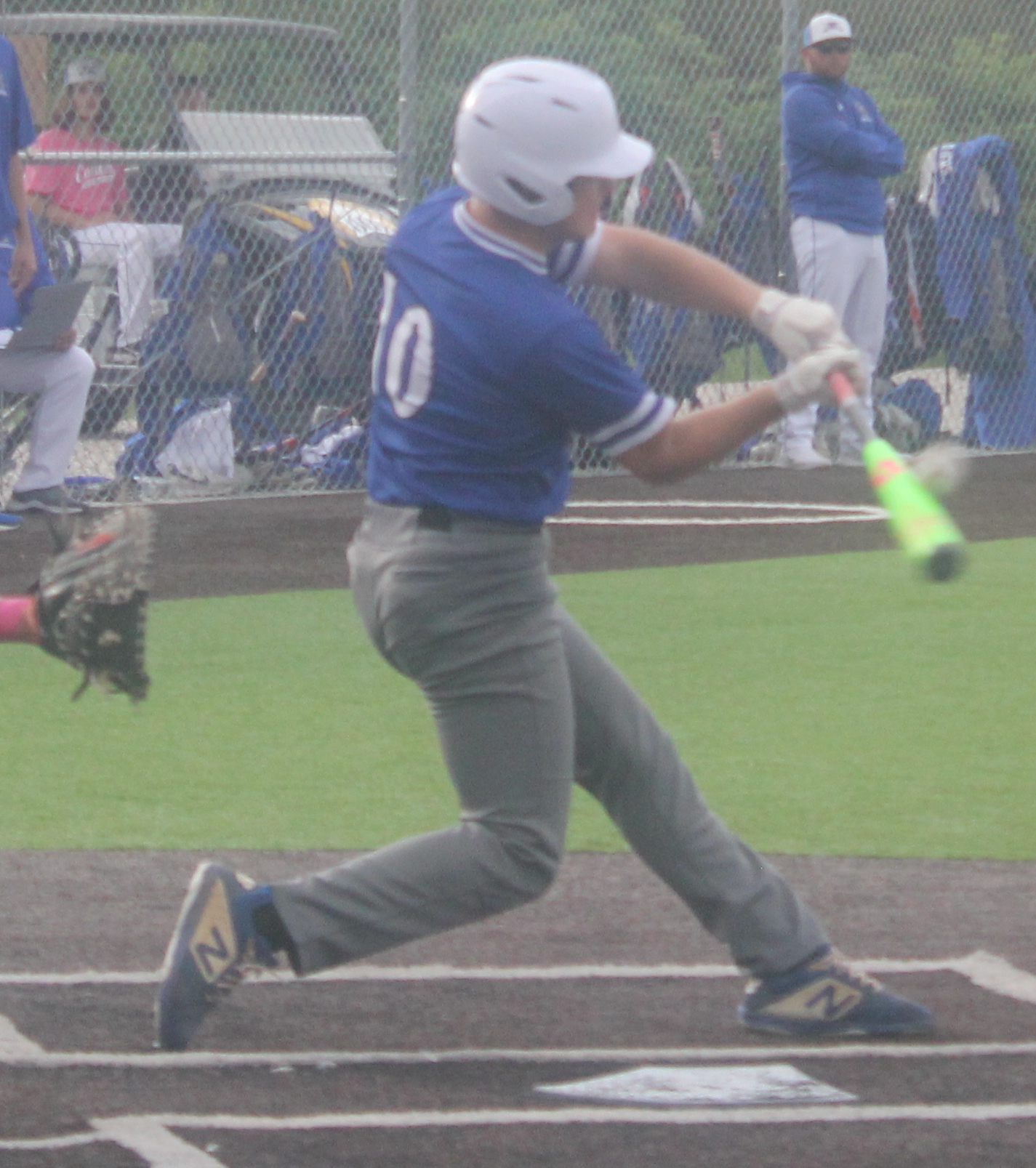 Junior Jesse Daniel hits a RBI single to left field to give the Indians a 3-1 lead against the Cavaliers on Friday night. (Photo by Evan Holmes) 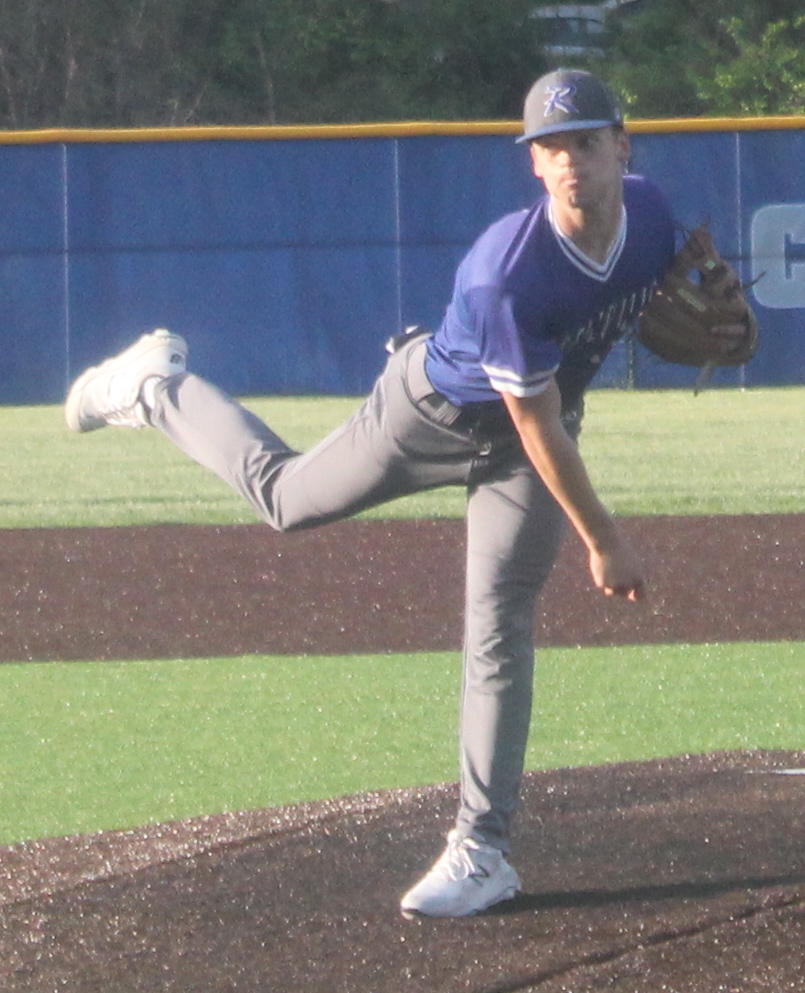 Senior pitcher Charlie Miller closed out the game by retiring the side in the seventh inning on just 12 pitches. (Photo by Evan Holmes)