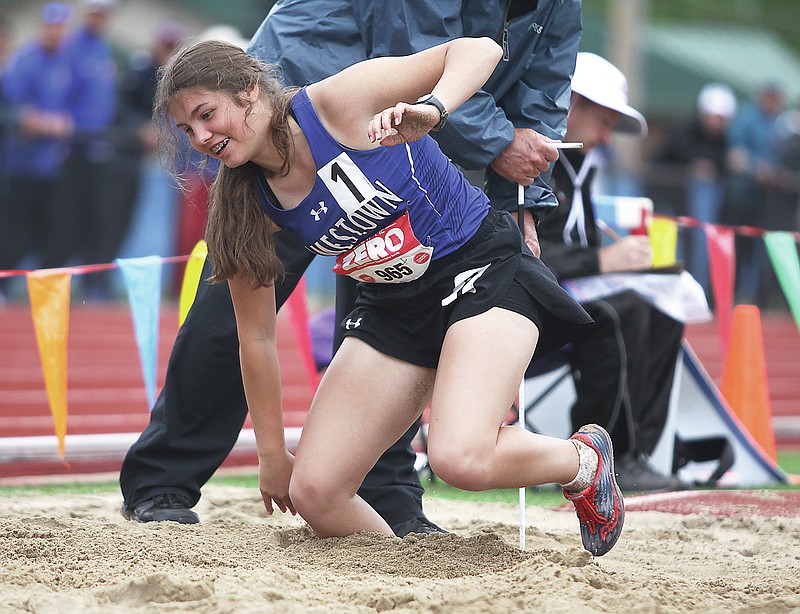 Jamestown's Emma Baepler picks herself up from the sand after one of her attempts Saturday during the girls long jump in the Class 1 track and field state championships at Adkins Stadium. (Greg Jackson/News Tribune)

Sorrells first teamed with Emma Baepler, Alyssa Hees and Annabelle Sumner in the 4x200-meter relay for a time of 1:52.62 on Day 1, placing third in their heat and seventh overall in Friday's preliminaries to qualify for Saturday's finals.

The Jamestown quartet then ran a time of 1:43.88 to claim seventh in the finals.

"We were thinking it would be a little rough because of the rain," Sorrells said. "But when I started, it felt really good. We got a medal and I'm really proud of everybody. It's an accomplishment within itself just to be standing here with everybody."

Sorrels, Hees, Sumner and Raena Lieser then finished off Friday in the 4x400-meter relay preliminaries, placing seventh overall with a time of 4:25.27 to qualify for Saturday.

The rain slowed the team slightly, combining for a time of 4:27.20 in the final, placing them sixth and earning more medals for the Lady Eagles.

"It's really nice," Sumner said of being on the podium with relay teammates. "You don't think of track as a team sport, so being part of a relay is a lot more like a family."

Sorrells then made her way up the podium once more when she received her third-place medal for the javelin, which she heaved 113 feet, 6 inches on her third attempt.

"Getting three is crazy because I'm only a sophomore, I can't even describe it. It's incredible," Sorrells said. "I'd say (the javelin) was a little struggle because of the rain."

James Scheperle just missed the podium for the Eagles when he took ninth in the javelin throw with a toss of 135-5. 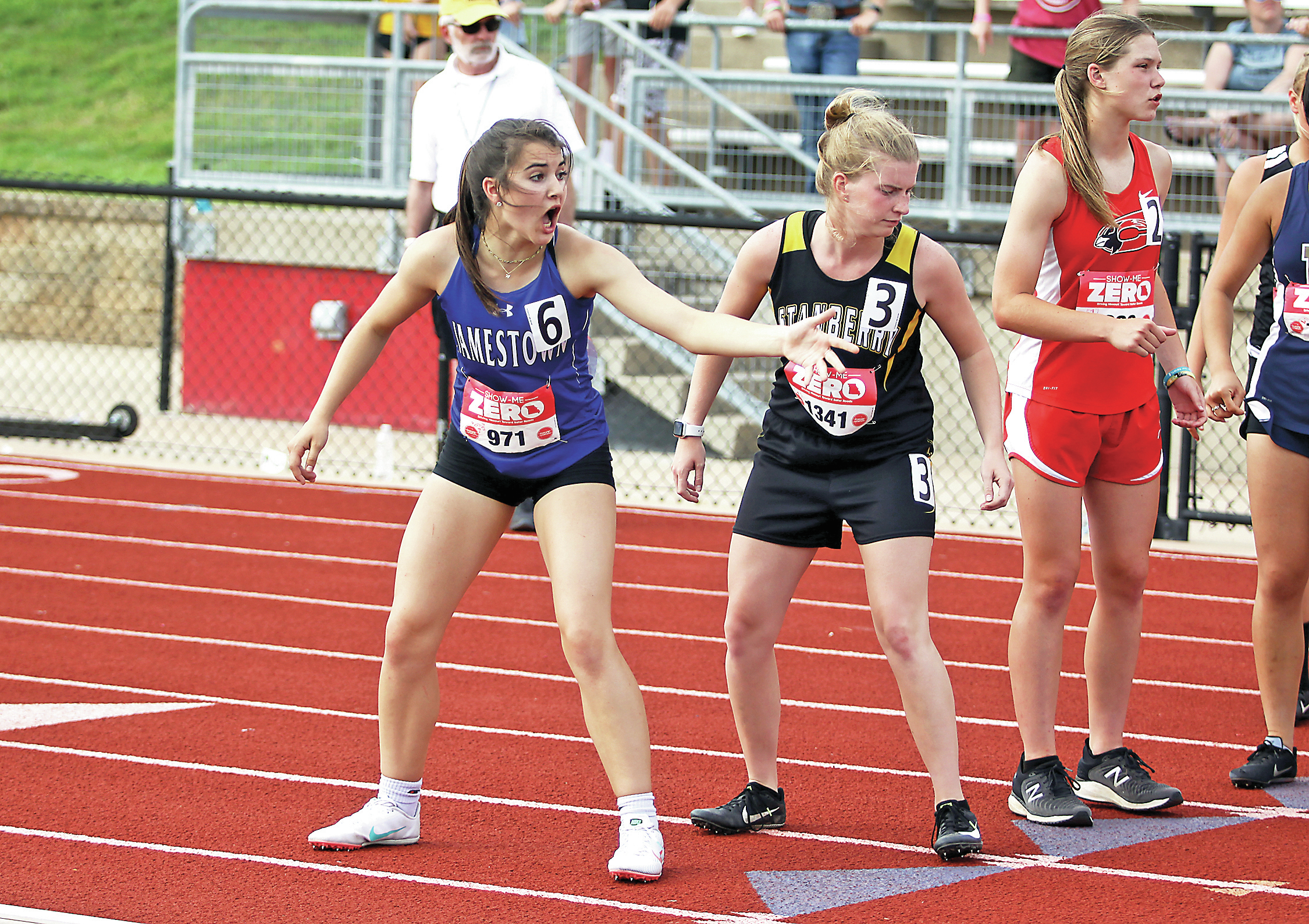 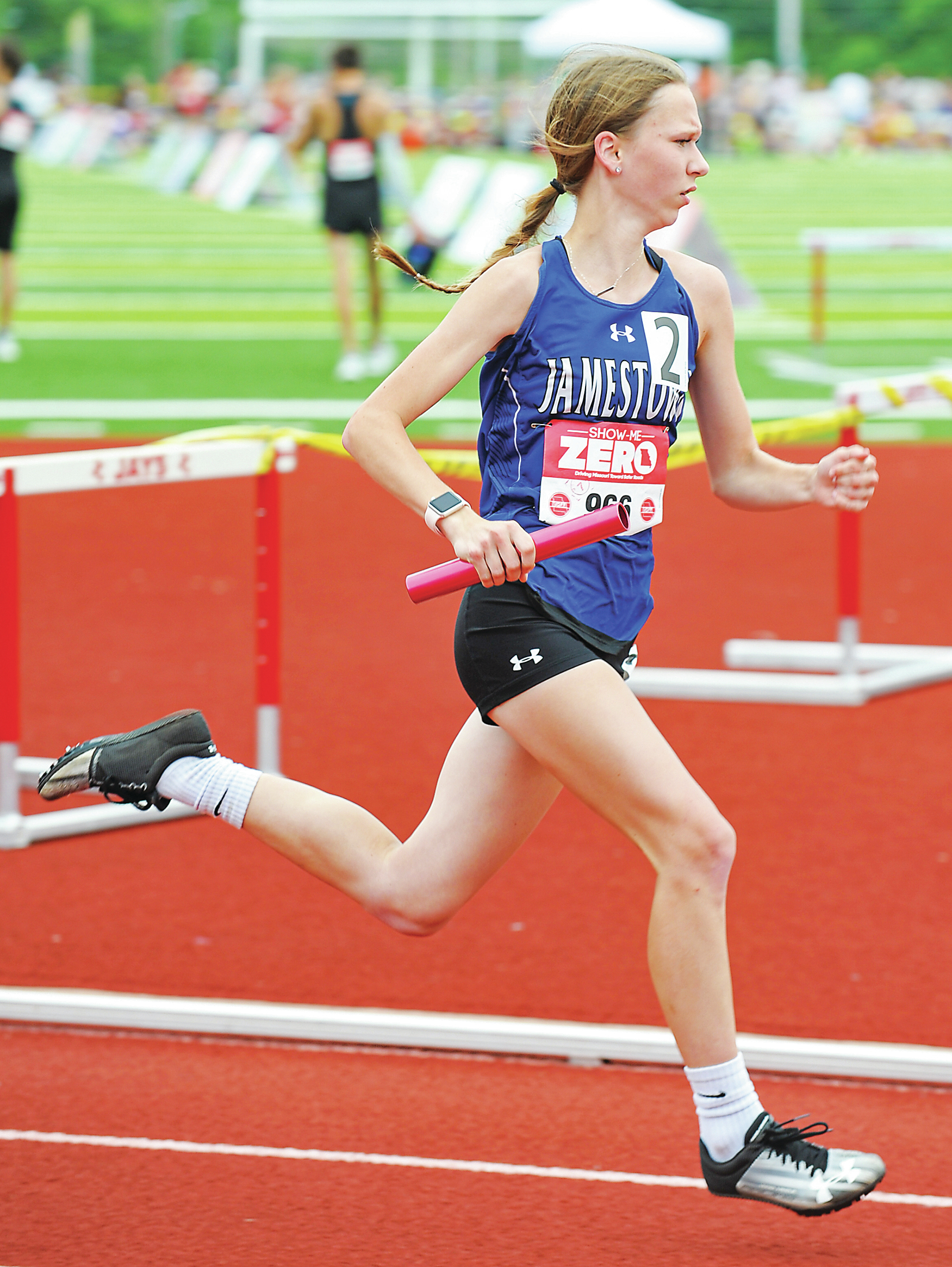 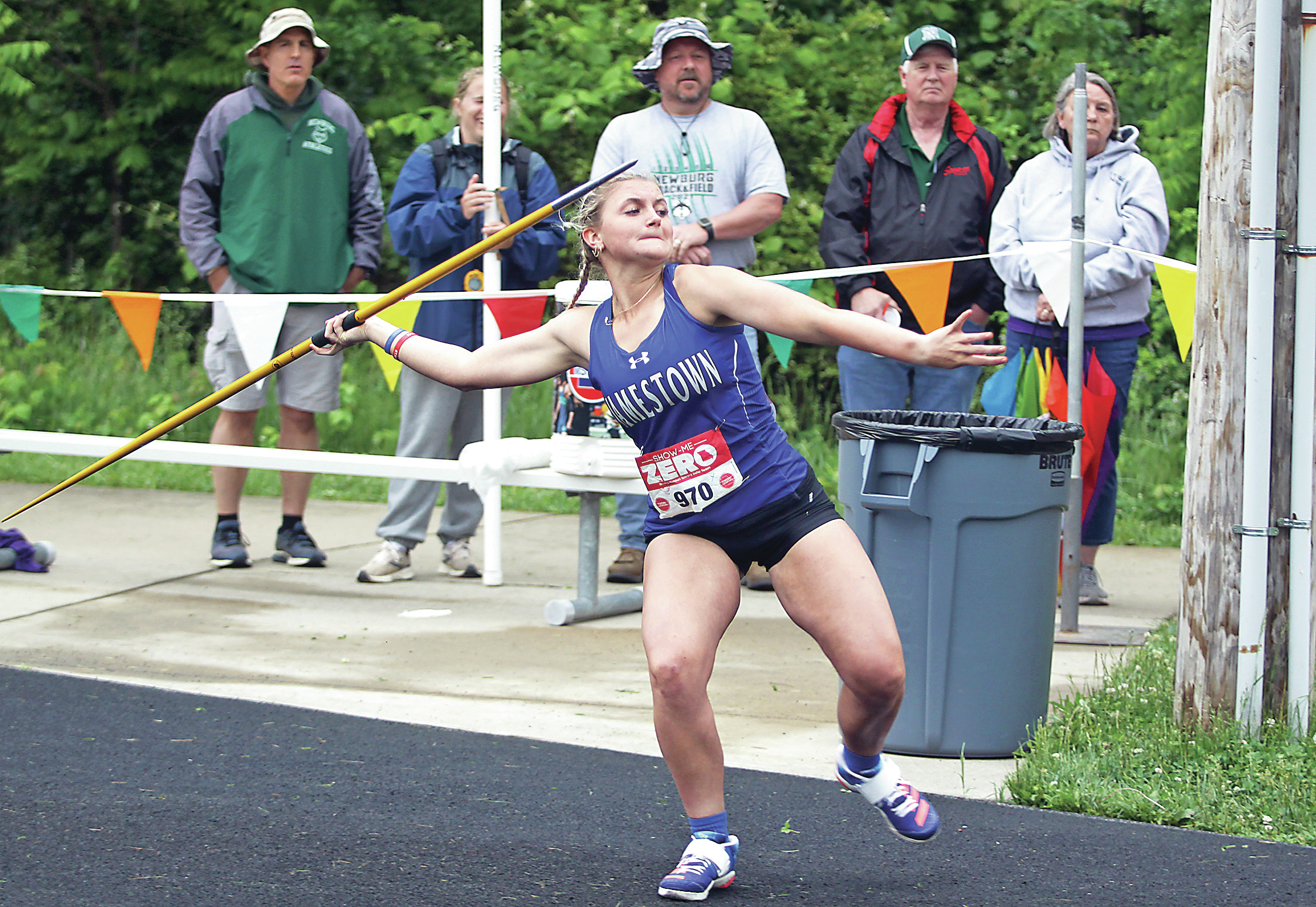