Emergency dispatchers do more than assist people in need 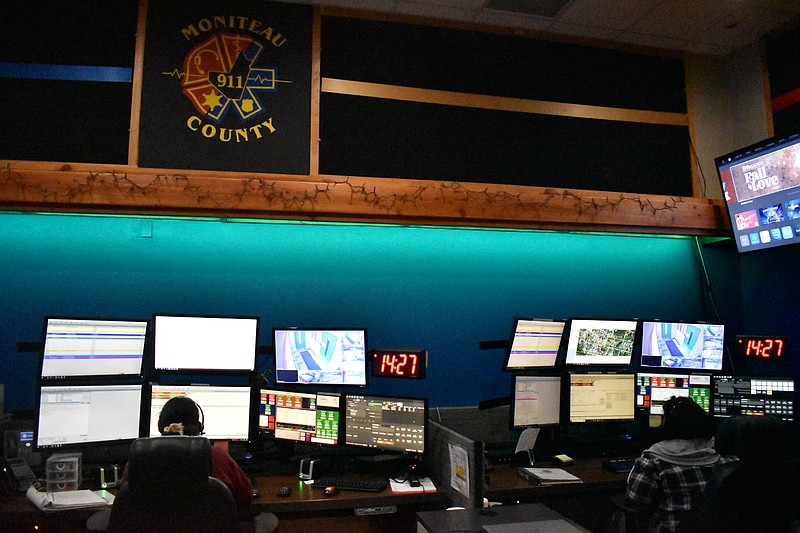 When people have an emergency, they dial 911.

"When (callers) don't know who to contact about something they seem to just call us," he said.

The center has raised its pay twice this year to remain competitive. Wieberg said he hopes to fill the center's only opening after the new hires complete training.

"Staffing has presented to be a challenge everywhere," Wieberg said. "As it pertains to 911 centers, there aren't many 'fully staffed' centers in the Central region of Missouri. We have raised our starting pay twice this year as to compete with other employers in the area."

Wieberg said starting pay is $15/hour during training, and $17/hour after training is completed. Telecommunicators are paid $1/hour extra for working nights, and receive eight hours of overtime pay every two weeks.

In addition to the stress of the job, he said one challenge to recruiting at the center is the fact it's a 24/7 operation that doesn't close.

"From (the) time that we hire someone until they are trained typically takes about (three) months," Wieberg said. "We have a lot of people that we hire and they discover that the job is more stressful or just entails more than what they were prepared for and resign during their training period."

The three-month training period prepares telecommunicators for the job with a variety of information.

"Trainees are assigned a primary trainer who has a binder of information to teach them," Wieberg said. "Everything from how to understand what our responders are saying on the radio, what to type into the computer, what questions to ask a caller and so on."

In addition to the on-the-job training, Wieberg said telecommunicators complete basic telecommunicator and emergency medical dispatcher certifications. They also receive certification in the Missouri Uniformed Law Enforcement System, which is a database connected to local, state and federal agencies used to determine whether an individual is wanted.

Life on the inside

Price has been one of the 13 telecommunicators responsible for answering calls and dispatching help callers may need for nearly five years.

Unlike others who work in emergency dispatch, Price said she didn't have a specific reason for signing up for the job.

"It was just something that had always interested me..." she said. "I was thankfully given the opportunity five years ago and I've been doing it ever since and I absolutely love it."

"We have six, seven screens we stare at ..., there's multiple different things going on on each screen," she said. "We're listening to multiple different things at one time, and just some of the systems that we use, it's very intimidating to someone coming in looking at it going 'Oh my gosh.' And I remember thinking in my first two days going home and being like, 'I am never going to be able to do this.'"

However, Price said the training is important for preparing telecommunicators for the stress they may encounter.

"We do it so that (the responders are) prepared and so that they can do their job efficiently and everybody can go home safely," she said. "Because at the end of the day, our priority is the officer, responder safety and to keep the citizen safe."

Price said one of the most difficult parts of the job, for her, is not knowing the outcome of calls. When the responders show up and take over, the telecommunicator is disconnected from the call.

"You have no idea what's happening," she said. "There's plenty of calls that many dispatchers, who have been doing this much longer than I have, who have taken calls that will tell you they will never stop hearing what they heard on the other end of the line. It will never stop haunting them or there are certain things that trigger it in their memory and it pops up just as fresh as it was the day that it happened."

Price said counseling is available for telecommunicators through an employee assistance program. She also said having healthy hobbies can help telecommunicators cope with the stress of the job, and the center tries to give people time off when needed for recovery.

During an emergency, communicating effectively can be difficult. However, it is also crucial for getting the help you need.

For frantic callers, Price said she will often repeat the question multiple times, verbatim, to "bring them back" to the telecommunicator.

She also said sometimes a stern "mom voice" is needed to get some to respond properly. However, empathy is perhaps the most crucial part of getting a caller to respond.

"Sometimes getting their name helps and just talking to them like they're a person, like they matter," Price said. "Because they are human and they are having an emergency, whether it be something small to us or small to somebody else, it may be a very huge thing to them."

Wieberg said the best thing to do is "simply be patient and answer the questions that are asked." He said some people get frustrated with all the questions and just want help dispatched, but typically help is already on the way during the call and the questions enhance the response and can determine exactly what resources are required.

For accidental calls, Price recommended staying on the line and answering the questions the telecommunicator may ask. She said telecommunicators will often ask accidental callers if they can vocally say there was no emergency to determine whether the call was truly an accident, followed by name and location. The information from accidental calls are still fed into a database that can be used later in an actual emergency or by other agencies, such as law enforcement.

More information about the center, Smart911 and text-to-911 are available on the MCED website at moniteau911.com. 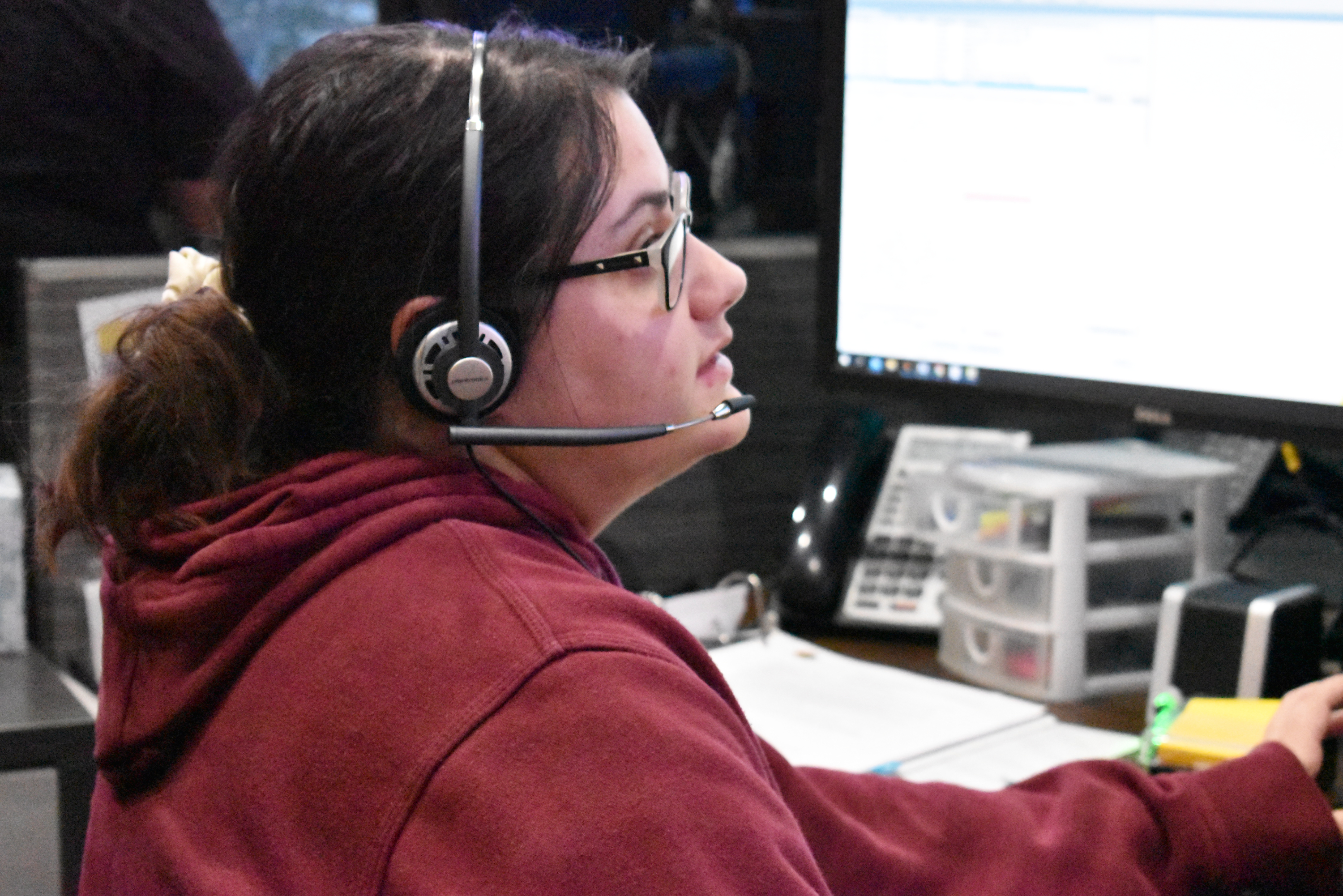 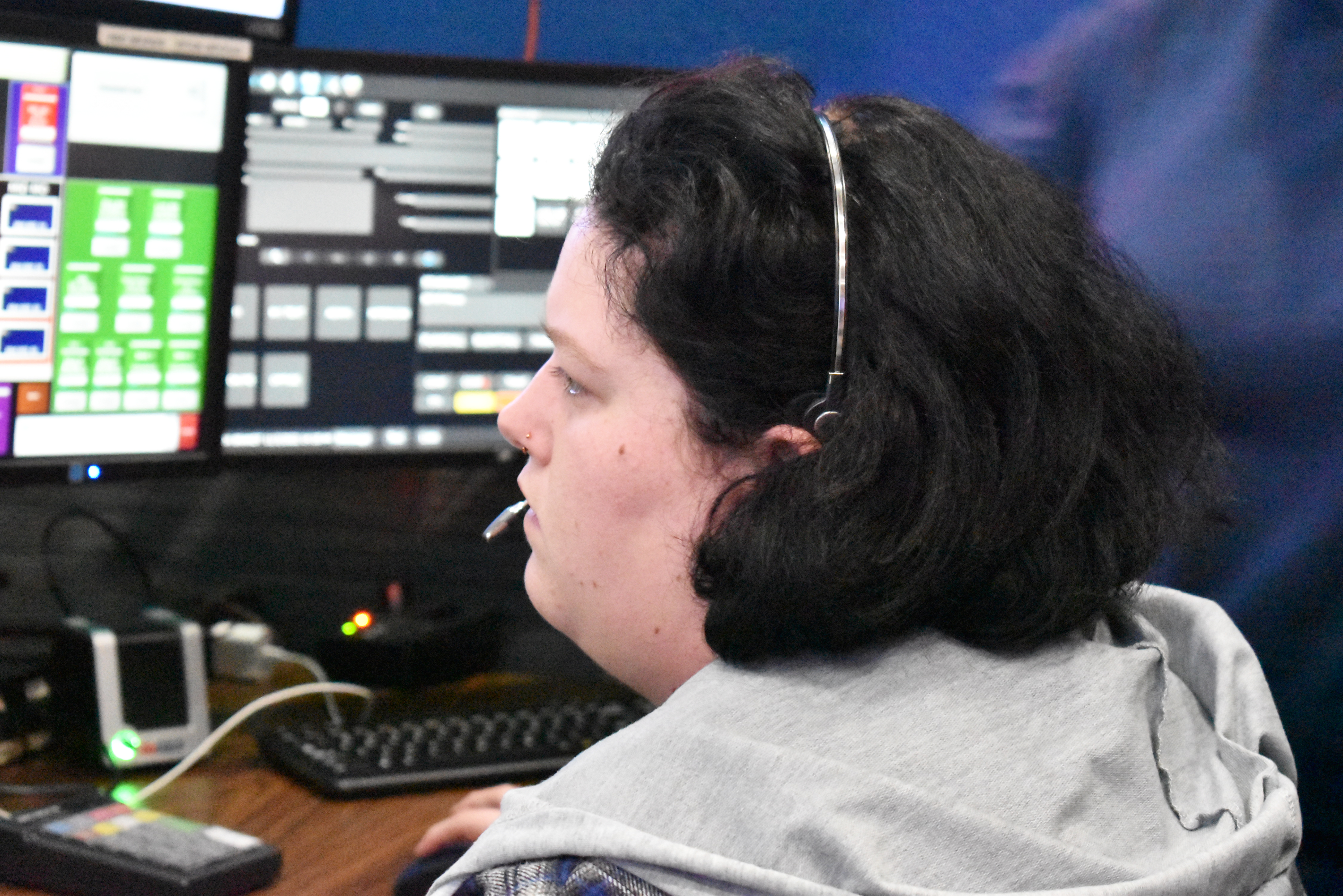 Democrat photo/Garrett Fuller — Jayida Brandt references information on her monitor Thursday (Nov. 3, 2022,) while on the line with a 911 caller at the Moniteau County Emergency Dispatch center in California. 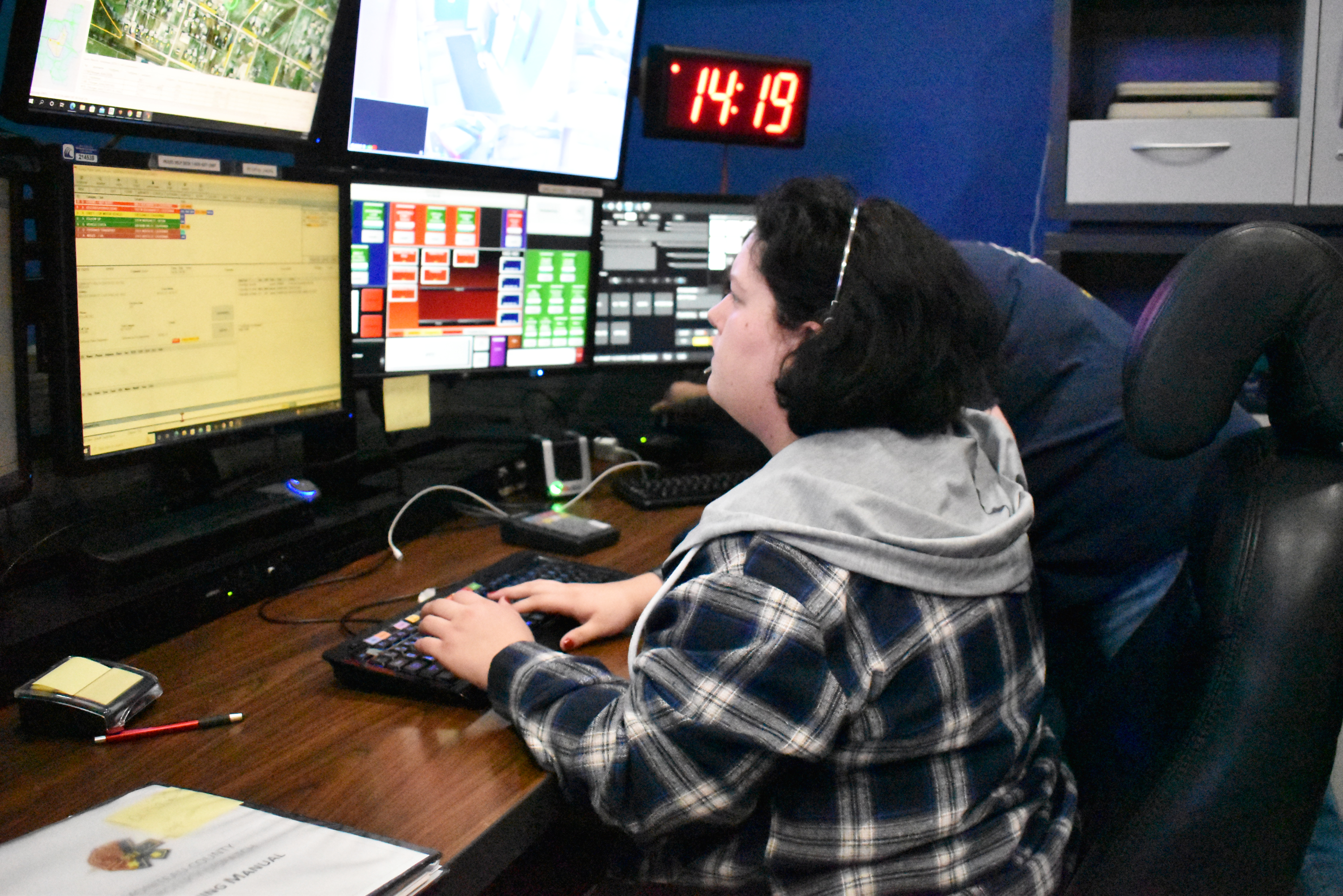