California Board of Aldermen faces opposition for sewer and water ordinance 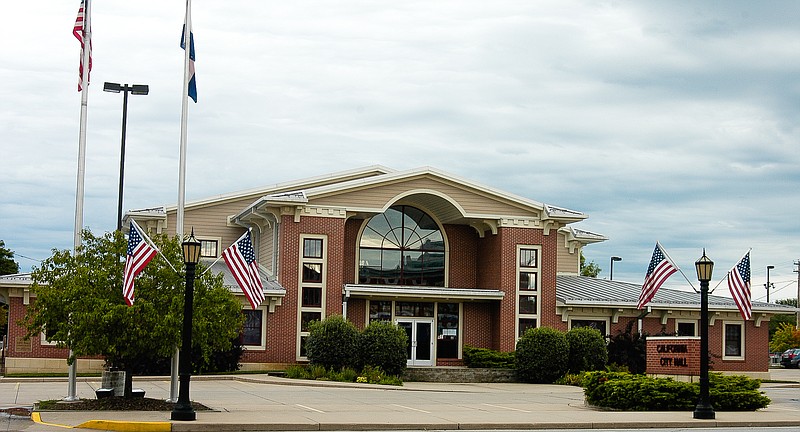 Sparks flew between the city and attendees during Monday evening's Board of Aldermen meeting.

In a previous article published by the Democrat, Mayor Rich Green said, "If they're getting the benefits of being in a city without being in the city then they should be billed."

However, property owners in attendance said they were not properly informed of this ordinance and that they are currently paying double for these services. It was clarified that if an individual is already paying double for either water or sewer their rate would stay the same.

Owners also referred to previous documents stating why the water and sewer systems stretch out to their property.

They said agreements had been made between the city and local businesses in the late 1960s. However, with the initial businesses no longer operational, California would have to charge a double rate to break even.

Alderman Lanny Ash suggested these properties could be annexed into California to keep usage rates from increasing, although, this was not seen as a solution for attendees.

Ultimately, the board decided to commit to a public hearing before the next aldermen meeting. Property owners affected by the ordinance will be contacted so they can join and speak with the city on the issue.

Although the board faced some pushback on the water and sewer ordinance, members were able to pass a rate increase for electric services. According to the agenda, this motion increases "electric rates to $30 per month per meter and a flat rate of 10 cents per kilowatt hours for both residential and small business entities."

Members also discussed a special audit with certified public accountant Randy Snodgrass to confirm the issue of missing money from the city.

A total of $1,680 in cash is unaccounted for. Snodgrass told the board this was not an accounting error. Money went missing in increments of $80 to $300 to $1,300 between May and September. Green said an investigation for the missing funds will be led by law enforcement agencies outside of Moniteau County to solve the issue.

Later the board declined to accept a grant for an outdoor splash park from the Missouri Department of Natural Resources (DNR). For the past few months, whether the city will be able to establish a pool and splash park for California has been a hot-button issue for residents.

Although both residents and city officials believe an outdoor splash park would be a good idea for the community, the board found it would be too expensive a project to facilitate.

DNR approved a $500,000 grant to the city to build this splash park, however, in the months since its original application costs ballooned from $1.7 million to $3.2 million - a main source of apprehension on the part of the city.

The board decided to return the funds and potentially reapply for the grant with a new plan of how the splash park could be built.

Concluding the meeting, Green read from a statement expressing he will not run for reelection. He hopes someone much younger will be able to perform the job for the city when the time comes for election.

"I am making this announcement in hopes that forward-thinking individuals will agree to serve the city," Green said. "I will be 72 years old next June and it is time to fully retire. We must move forward as a city and change must occur if we are to grow and succeed. Maintenance of the status quo or 'doing what we have always done' is not the answer to prosperity."

In another action, Blake Howard was appointed as the new city clerk for California.

Correction: The timeframe of when the money went missing has been corrected in this version.

Print Headline: Board of Aldermen faces opposition for sewer and water ordinance