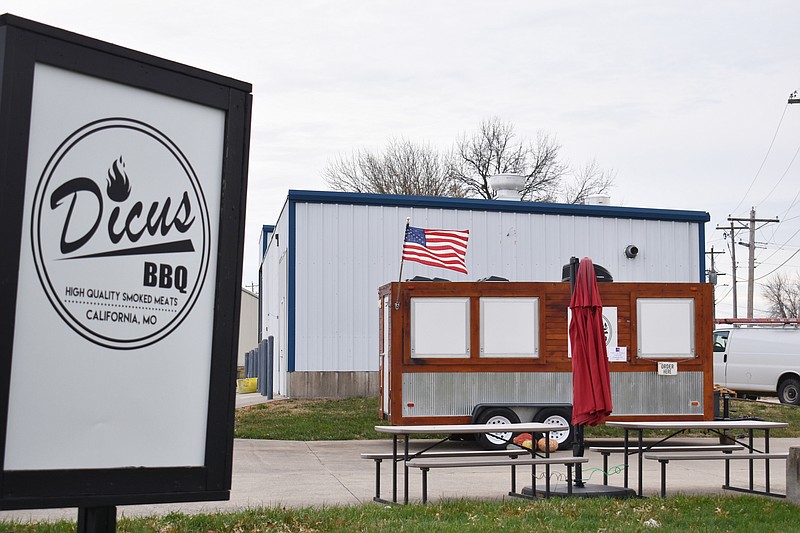 Democrat photo/Garrett Fuller — Dicus BBQ is moving from a small trailer to a former car wash at 1203 W. Buchanan St. in California. Travis Dicus, owner, said he intends to have the location ready for carry-out service by the end of the month.

A California barbecue joint is moving from a trailer into a building of its own.

Travis Dicus, owner of Dicus BBQ, has been working on converting a former car wash at 1203 W. Buchanan St., into the future home of his barbecue and smoked meats business. Although he only serves on Saturdays now, he hopes to expand his hours and menu after the move.

The new location should be ready for carry-out service by the end of the month, Dicus said. He has been operating out of a trailer since late 2019, which was a double-edged sword for starting his fledgling business.

"It was honestly the better way to go because of (the COVID-19 pandemic)," Dicus said. "You didn't have to worry as much about people coming inside the building and everything with all the new rules that happened."

However, the trailer has proven to be limiting.

"I never really wanted to be mobile," Dicus said. "... I do all the cooking and everything, so it's just such a hassle and then resetting everything up in the trailer and being mobile. ... The reason (for starting in) the trailer was because that was the cheaper option at the time."

Dicus said converting the former car wash into a restaurant started off slow after he purchased the building in late 2020. However, after knocking down concrete walls and performing other work to transform the building, he started making more headway in the past year.

"... (I)n the last six to eight months is when we really started hitting (the project) harder," Dicus said. "... Over the last few weeks I finally started moving stuff in here, where I got a section ... where it's clean and everything and I can do some cooking out of it now, finally. Especially now that it's cold, that helps tremendously."

Crews are working on wrapping up the project, Dicus said. He said they're completing the exhaust system for the kitchen and finishing walls for the seating area. After that, he said, "it'll be just down to trim and final little (tasks)." He hopes to have seating in December.

Dicus said he currently serves brisket, pulled pork, pulled chicken, smoked hamburgers, smoked pork steaks, bratwursts and burnt ends. However, he intends to expand the menu after the new location is operational. Among items he intends to add to his menu are ribs and smoked wings.

"(It's a) lot easier when I can do it all here in one spot (and) have more room able to hold everything," he said. "(In the) trailer you're kind of limited on space at times."

In addition to the barbecue items, Dicus said he also intends to install a flat-top charcoal grill for burgers and steaks. He said this would be part of an alternate menu he can offer after he sells out of barbecue, which he tries to sell by the end of the day.

Moving forward, Dicus intends to incorporate an additional bay from the car wash into the location. He said the expansion would add more seating or possibly a walk-up bar. Other goals are to add TVs to the seating area and serve adult beverages. 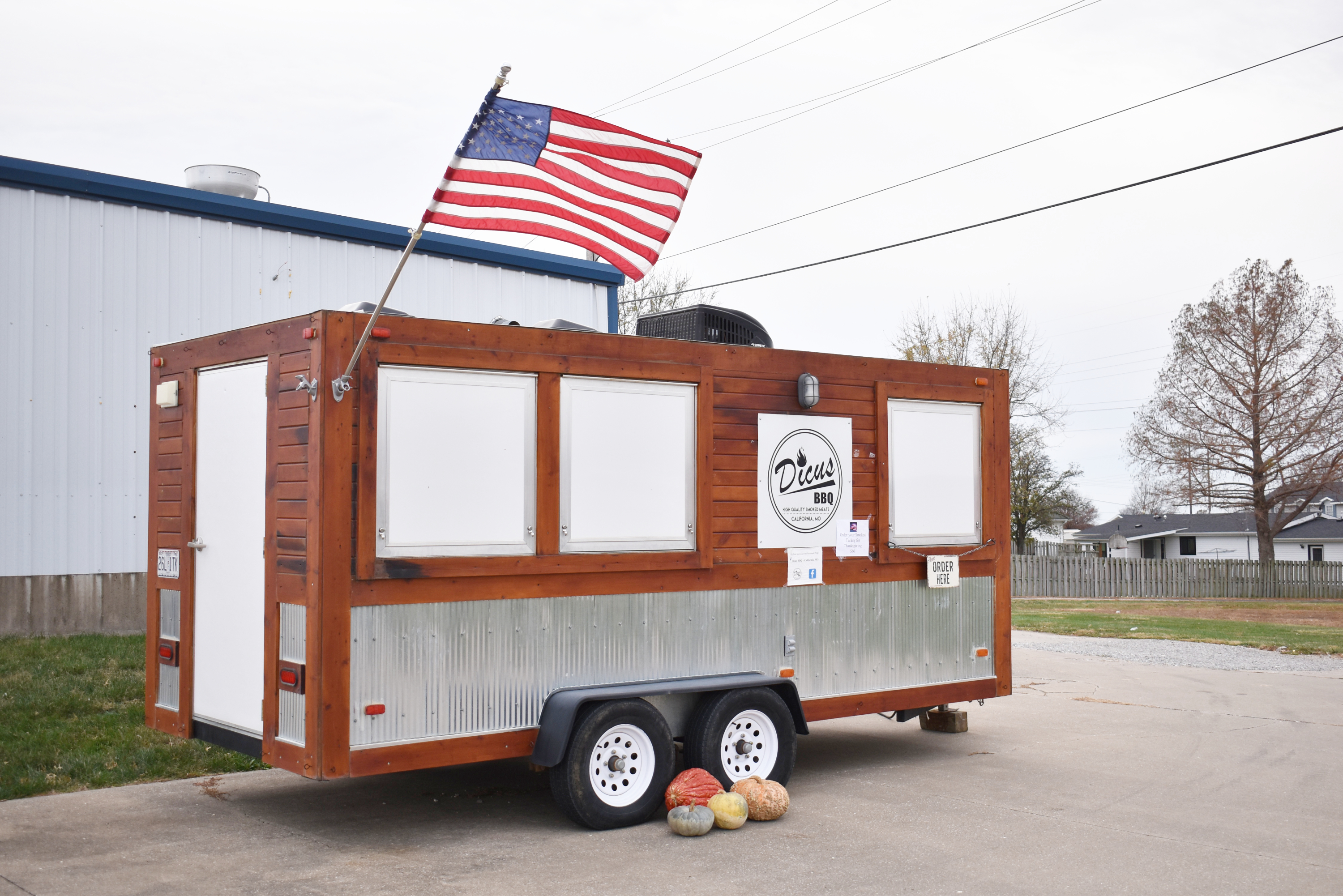 Democrat photo/Garrett Fuller — Since late 2019, Travis Dicus has operated his barbecue and smoked meats business, Dicus BBQ, out of this small trailer. Dicus is working to move his business to a former car wash at 1203 W. Buchanan St., with carry-out service expected to start at the new location later this month. 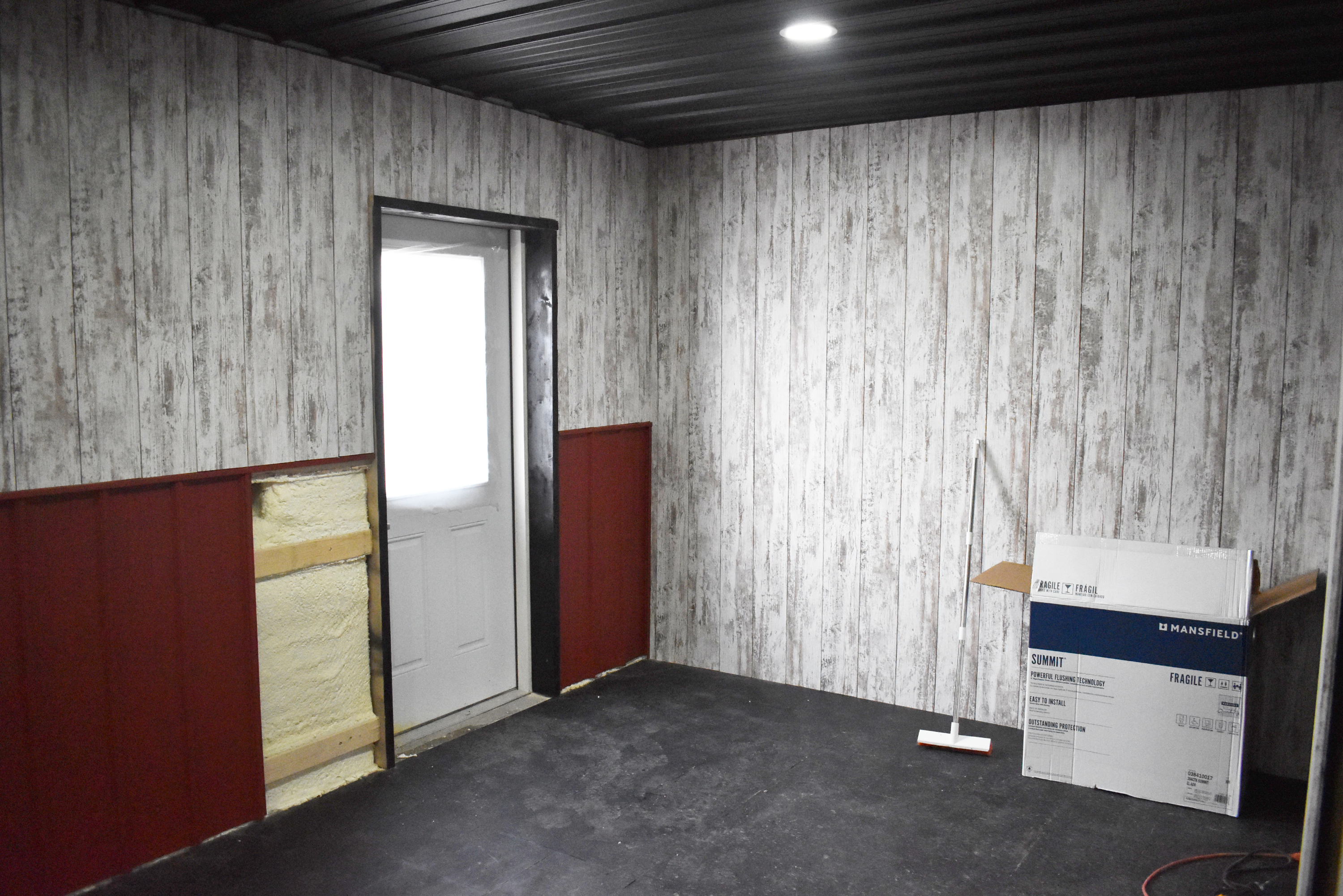 Democrat photo/Garrett Fuller — The incomplete entrance to the future home of Dicus BBQ is seen Monday (Nov. 14, 2022,) at 1203 W. Buchanan St., in California. Owner Travis Dicus hopes to have the new location, a former car wash, ready for carry-out service by the end of the month.