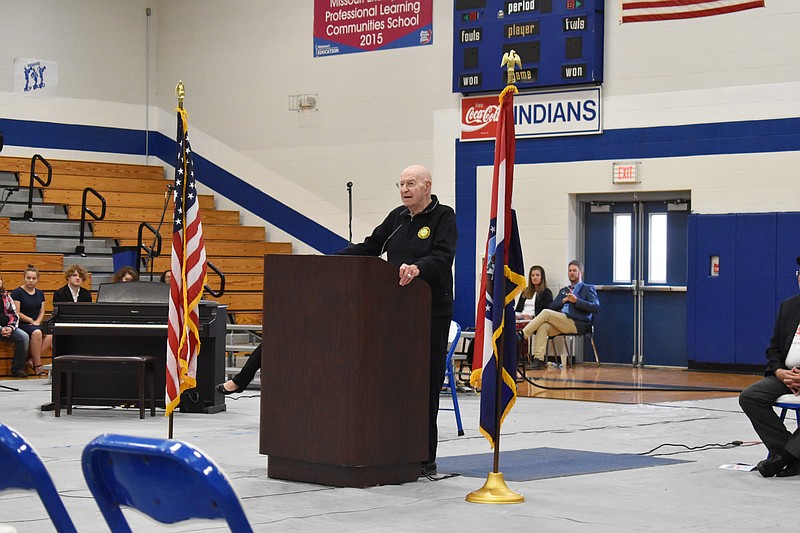 Democrat photo/Garrett Fuller — Retired Lt. Col. James Schaffner, a World War II and Korean War veteran, speaks about honoring all military members, including those not serving on the front lines, during the Veterans Day assembly at Cole R-I High School in Russellville.

RUSSELLVILLE, Mo. -- Cole R-1 High School on Friday remembered that all gave some and some gave all.

Members of the military were in the spotlight early morning during the annual Veterans Day breakfast and assembly at the school in Russellville. At the assembly, veterans were honored by being escorted to their seat while having their name and service read aloud.

The assembly centered around retired Lt. Col. James Schaffner, a 96-year-old World War II and Korean War veteran from Jefferson City. He discussed the importance of also thanking those who didn't serve on the front lines. For instance, he said we should acknowledge those who served at home and in support roles, such as nurses and truck drivers.

"I read recently that it took about 15-25 people back home in uniform to support every man that was (overseas) fighting for us," Schaffner noted in his speech.

He also said family members deserve recognition for the sacrifices they make for those serving in the military.

Retired Lt. Col. Jerry Koestner served as a master of ceremony at the event.

After all awards were presented, Koestner recognized military families by discussing the hardships they face and how they cope. He talked about 10 characteristics of military families, such as having a sense of humor; being passionate, strong and resilient; and willing to lend a helping hand when needed, among others.

The ceremony ended with the retirement of colors by Boy Scout Troop 96 Honor Guard.

Denise Crider, a teacher at Cole R-1 High School, said the event was a community effort and took a couple months of planning by the school.

"Everybody pitches in," she said. "A number of elementary classes made thank you notes."

Crider said it's important to honor those who put their lives on the line for our freedom.

"We are fortunate to have the wonderful life we do, and we need to remember why we do," she said. "It provides an excellent opportunity for the students to meet and serve some of America's greatest heroes. The young people are a reminder of why they sacrificed." 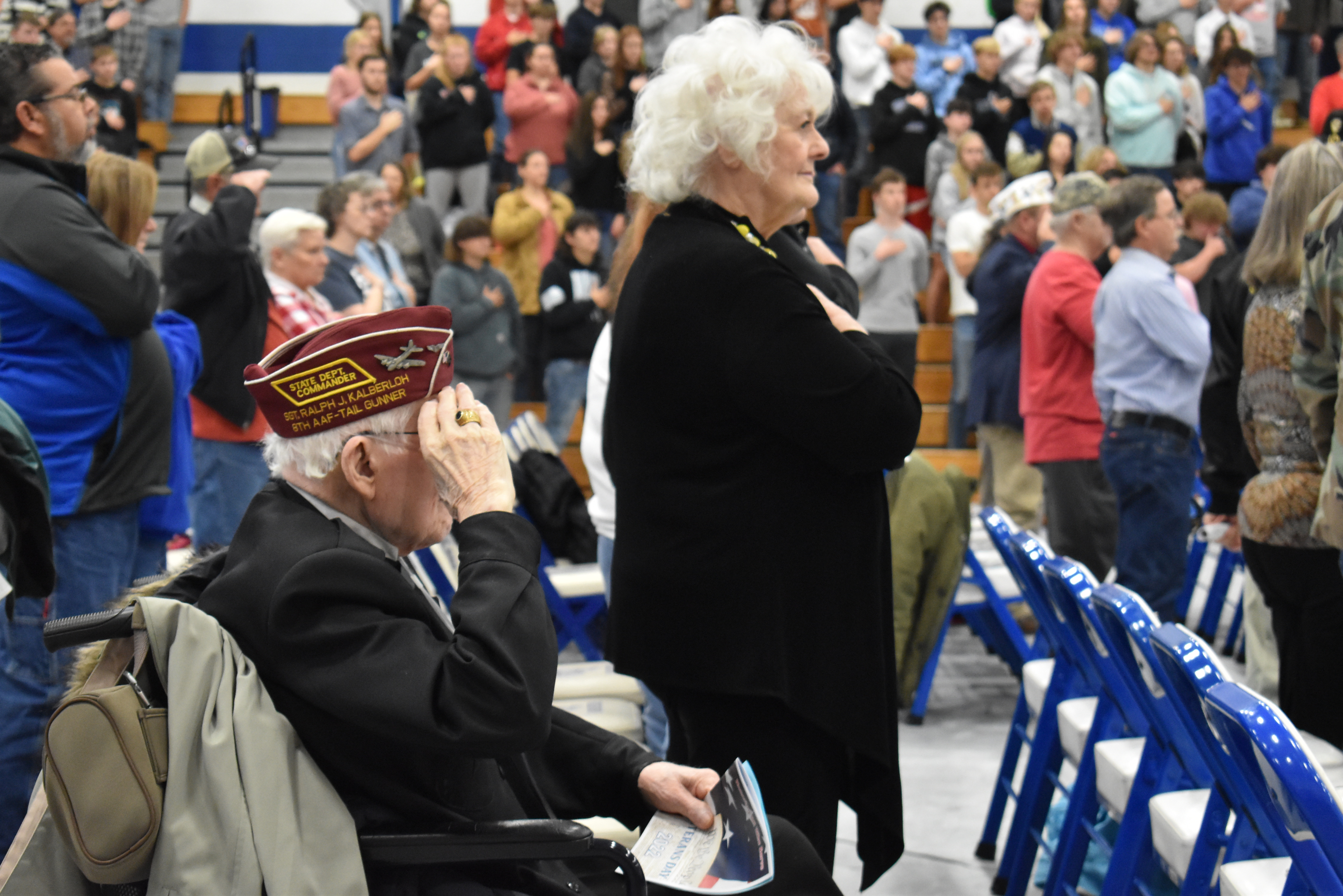 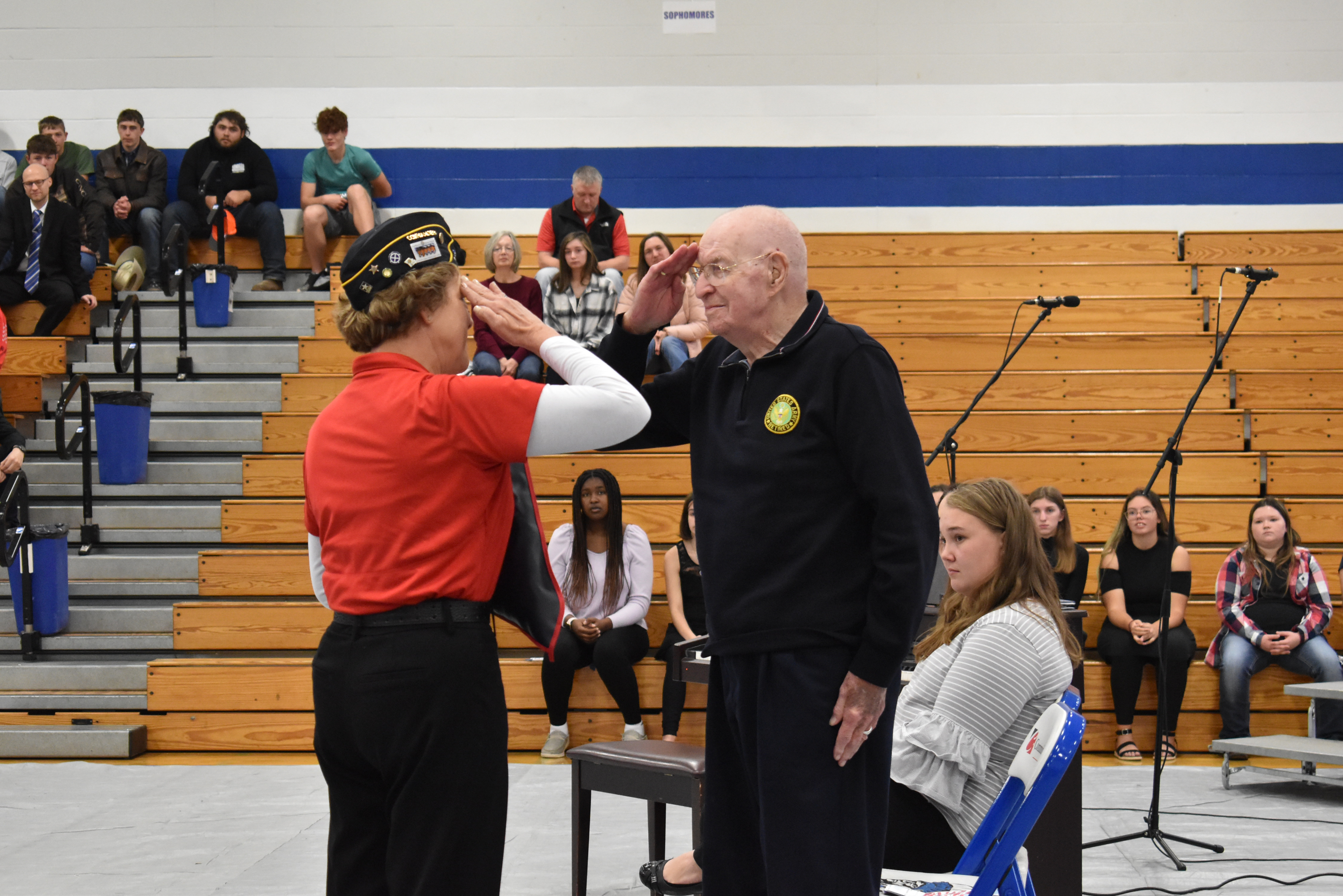 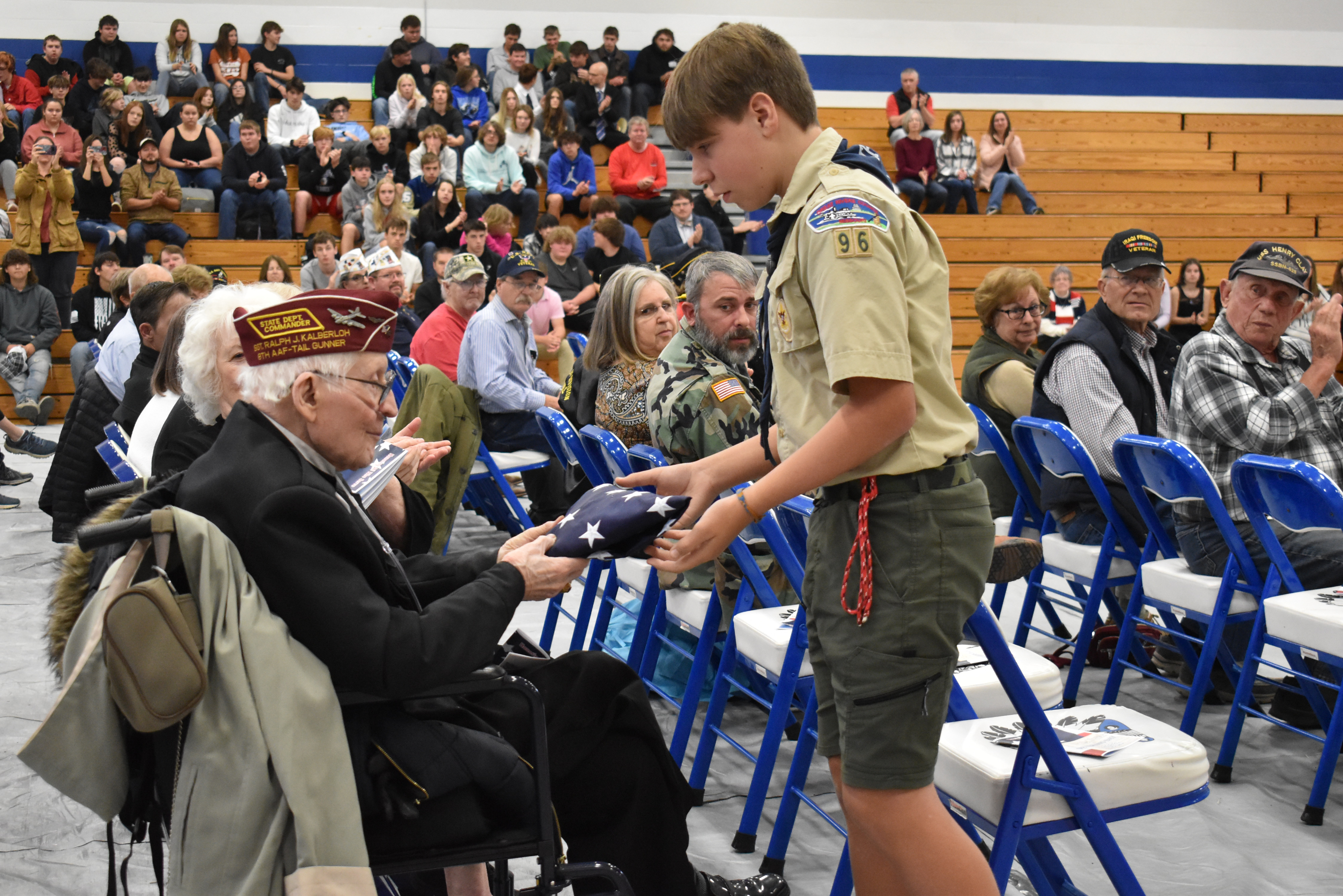 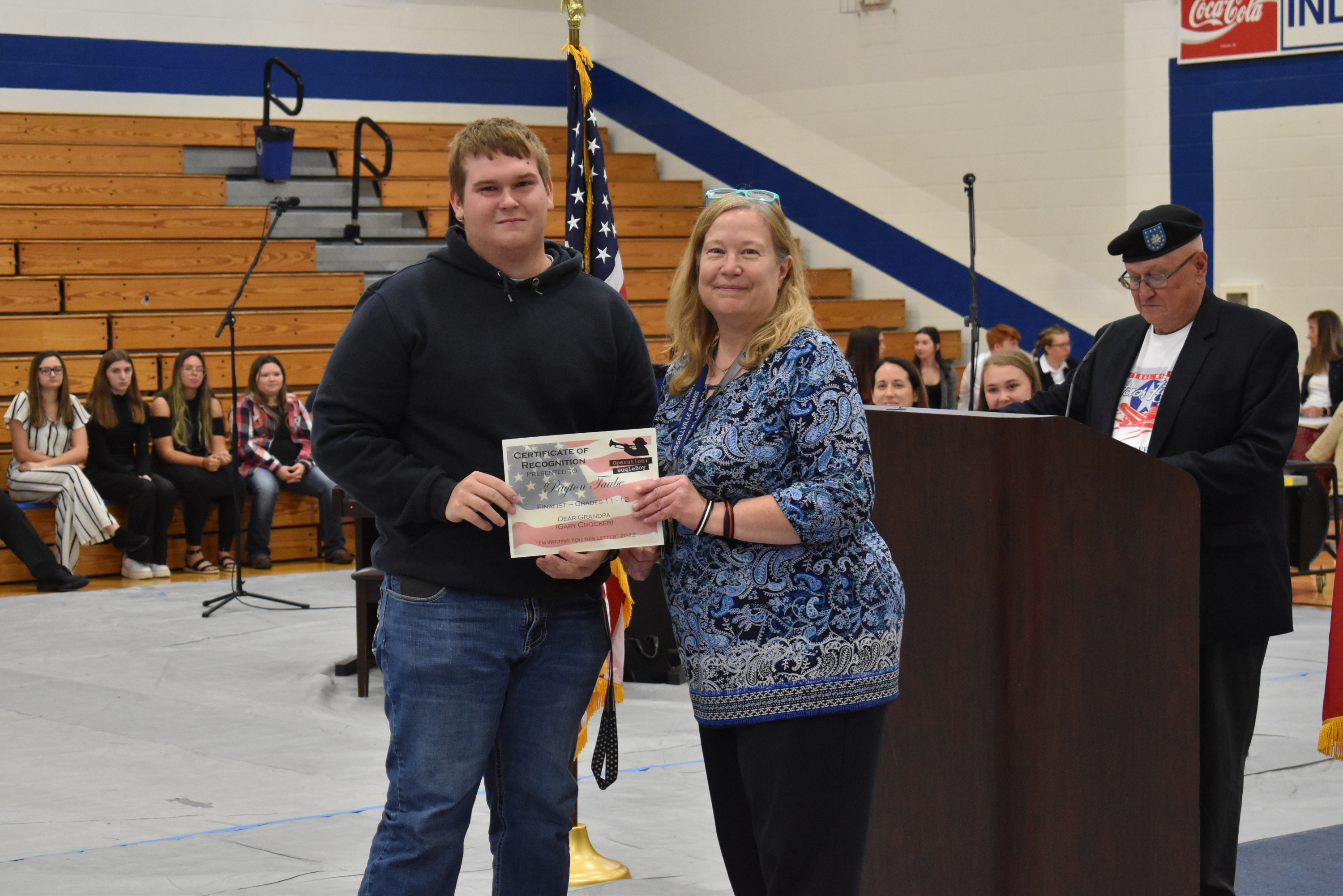 Democrat photo/Garrett Fuller — Denise Crider, right, a teacher at Cole R-I High School, presents Payton Taube with a certificate of recognition for winning category V, grades 11-12, in Operation Bugle Boys' "I Am Writing You This Letter" contest. The certificates were presented to participants in the contest Friday during the Veterans Day assembly at Cole R-I High School in Russellville.