Foundation plans to restore and renovate Harrison School in Tipton 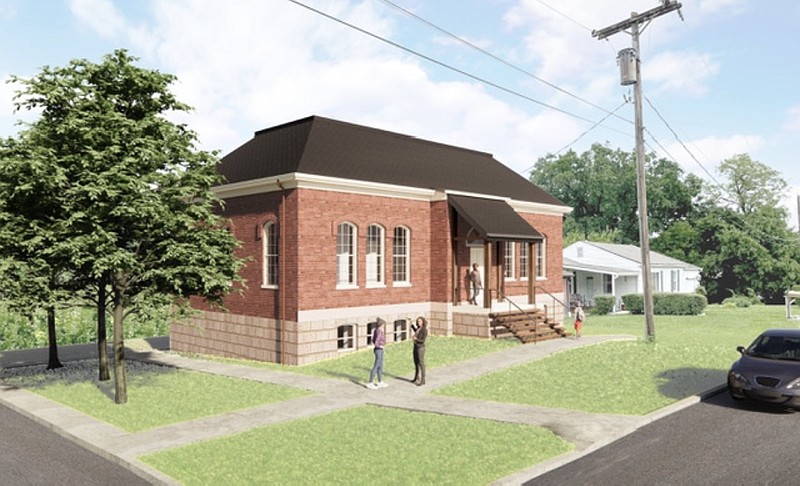 Submitted photo: The Opportunity 1888 Foundation creates a render of the Harrison School remodel based on plans from the Trivers architecture firm in St. Louis.

History can be found throughout Moniteau County and charitable organizations are going to great lengths to make sure it's preserved.

The Opportunity 1888 Foundation, a Missouri nonprofit, is celebrating the 132nd anniversary of the Harrison School building in Tipton. Built in 1890, the building was the area's first school for the education of African Americans before the end of segregation, according to foundation board member Douglas S. Shipley.

"(The Foundation) came together because we're all descendants of relatives of individuals that came through Harrison school. So we had that as a commonality," Shipley said. "What we wanted to do was, first preserve the building, have it around for generations to come. Then we decided that we also wanted to educate, inspire and empower people in the community and around the community and around the country to understand their own histories and heritages. And make those a priority, because if you don't know where you come from, it's very hard to move to where you're going."

Shipley said the organization wants to renovate and stabilize the building for historical purposes after years of vacancy and neglect. The renovation will honor his uncle, James Shipley, a lifelong Tipton resident and Harrison School alumnus who served as a crew chief with the Tuskegee Airmen.

He said the James Shipley Museum of African American History will be an interactive installation including a replica of one of the school's old classrooms as well as artifacts on loan from The National Museum of the Tuskegee Airmen in Michigan.

"The museum will celebrate and give voice to the lives and accomplishments of area African Americans through audio recordings, newspaper accounts, and even digital displays of hundreds of turn-of-the-century images (The digital imagery funding made available through the State Historical Society of Missouri's Richard S. Brownlee Missouri Local History Grant)," Shipley said in a written statement to the Democrat.

These are not the only changes the foundation has planned. Shipley said the building will have a library, designed for the preservation and research of local African American genealogical interests and regional historical significance; a conference room; a dedicated community meeting space; and a gift shop.

"The foundation's concept is to return Harrison School to a gathering place to serve the needs of the local community, while preserving its history for future generations," Shipley continued.

He said the foundation will be working with the Trivers architecture firm in St. Louis to make this possible. However, considering the cost of stabilization and renovation to the building, the project will require $800,000.

Shipley said in the statement the U.S. National Park Service placed Harrison School on its Register of National Historic Places (NRHP) and "of the 95,000 listed entries in the NRHP, only about 1,900 are African American. Again, this positions Harrison School as a national treasure, which resides in Tipton, Missouri."

Considering the school's cultural significance, the foundation will be campaigning for funds both nationally and locally.

"As part of its nationwide fundraising campaign, the foundation is offering donors the opportunity to order personalized engraved commemorative bricks for $134.00, in honor of Harrison School's 134th anniversary (2024)," Shipley said. "Donors may customize each 4-by-8-inch brick with a personalized message (i.e., your name, your organization) and include clip art, a logo or other image if desired. Upon completion of the renovation, the bricks will be permanently displayed for patrons to see, as they enter the renovated Harrison School building."

Shipley also added how the community has started fundraising campaigns in a later phone call to the Democrat. He was informed a of tractor pull competition and a local barbeque which took place to benefit the campaign. He said grassroots fundraising occurred spontaneously without any request from the foundation as soon as it was discovered it would be in honor of James Shipley.

"(During) Uncle James's funeral, all kinds of veterans groups showed up, participated and were just there to pay tribute to him," Shipley said. "As I understand there were some 750 American flags that were placed around (Tipton). And we're not talking about just you know, the little flags that are two inches tall...we're talking about big flags, and that was with groups of volunteers that literally went out and placed them around the city."

This follows the area's recent decision to name a section of highway near Tipton after James Shipley.

Douglas Shipley said Tipton has been very supportive. He said early in the development of the project, the organization received a letter of support from the city council as well as assistance from local groups such as the Moniteau County and Tipton historical societies and Co-Mo Connect (a Central Missouri internet service provider). The latter of which became the organization's first annual donor.

"This is a labor of love. And it's not about trying to throw in anybody's face that, you know, he was at a segregated school. It's national history. It's a national treasure," Shipley said. "We're trying to get people to understand that history is history and we'd like to embrace and preserve and tell the story of our history so that we all understand it. And we all know it because our relatives and our ancestors lived it, their relatives and their ancestors lived it and so let's just be about the business of trying to tell the story." 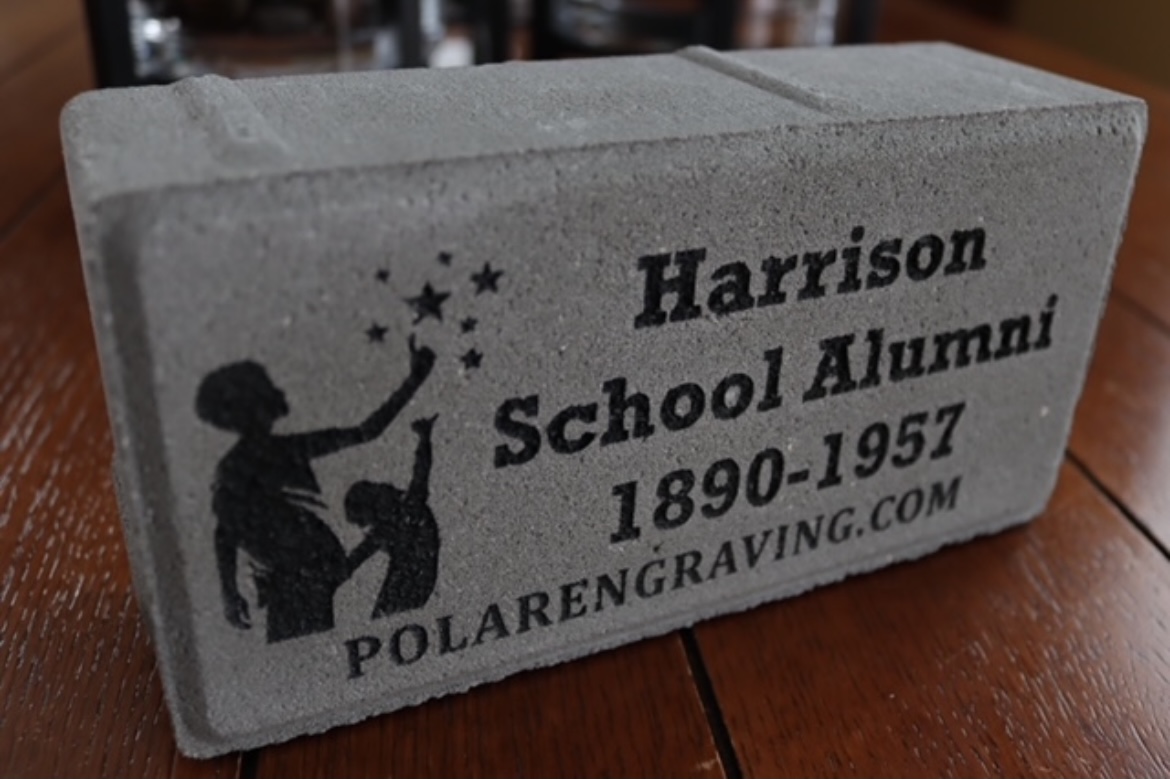 Submitted The Foundation creates a replica example of the commemorative bricks awarded to donors to the Harrison School campaign.