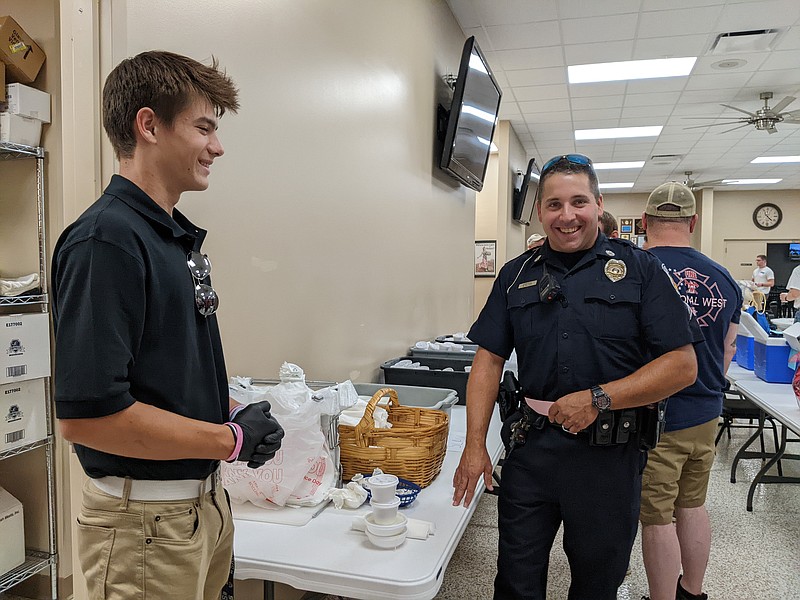 "It seems to be a way that the community is giving back to first responders and showing their appreciation, which truly means a lot because these days we're not appreciated very much," said Frank Cantone, a paramedic with Cole County EMS. "It's a thankless job -- and we're not in it for the 'Thank you's or the good-boy pats on the back -- but there are times that it does make you feel a little bit better."

Cantone stopped in for dinner with EMT Stacey Bailey while on duty for Cole County EMS Sunday evening. They said it was probably their only dinner for the night.

"We appreciate being thought of," Bailey added.

Patriot Sunday and the First Responder Chicken Dinner are an annual event organized by American Legion Post 5 and Operation Bugle Boy, a nonprofit that honors veterans, soldiers and first-responders.

Occurring the Sunday before Sept. 11, OBB President Chris Jarboe said it kicks off a week devoted to thinking about the heroes serving their communities across the country.

In addition to a free hot meal, the first 200 first responders in attendance received gift bags. Door prizes, such as overnight stays in area hotels, were announced every 10 minutes as well.

Community members and businesses donated each of the items in the gift bags, including restaurant gift cards, letters of gratitude from Blair Oaks students, a Schulte's "hero's dozen" package of 14 cookies, dvds, flashlights and, among other items, a book about World War II Tuskegee Airman James Shipley, who grew up in Tipton and died this summer.

"The symbolism of Patriot Sunday is about honoring and supporting the men and women -- our first responders -- for their sacrifices," Jarboe said. "We can't do enough for them."

Dale Schmidt, who served with Missouri Highway Patrol for 35 years before retiring in 2013, was responsible for announcing door prize winners throughout the evening, as he's done for the past few years.

Schmidt said the chicken dinner is just as much about recognizing the families of first responders as it is the heroes themselves.

"This is an opportunity to let the families know they're important to our community, just like their first responder is," he said. "This is just a small token of our appreciation for them."

Rosie Verslues, an OBB volunteer who helped with event outreach, said the organization distributed 485 tickets to first responders this year. It was just 15 tickets shy of its 500-ticket maximum.

Verslues said her husband served with the police department for 29 years before retiring and they enjoy going back to visit and invite officers to the meal.

"We know a few of them that are still left down at the department, but there are a lot of new ones," she said. "But we look forward to doing this every year."

Sean Casey, a senior at Blair Oaks High School who volunteered Sunday, said he likes finding ways to give back to law enforcement and first responders because he has personally seen how it can help.

Casey's father is in law enforcement, he said, and after graduating high school he wants to enlist in the National Guard as a military police officer. After the military, Casey said he plans to join the Highway Patrol.

"Nowadays, the small things add up, especially with the way our country is right now and the view towards first responders," he said. "Just letting them know we still appreciate them and that we still need them really, I think, adds up in the long run."

"It's just good to see the support for first responders, definitely when you see a lot of negatives or some things on the news that some first responders are bad and all that," he said. "But it's cool to see that there's still support in the community."

Stephen Meisel, a junior at Helias Catholic High School, was helping package to-go meals for the first responders who couldn't stay for the evening.

Meisel said his brother had previously volunteered with OBB and spoke highly of it, so he wanted to give it a try.

"I have a lot of respect for these people and what they do to keep people safe, and I wanted to show a little appreciation for them," he said. "It doesn't seem like a lot, but I know it's a nice thing to do." 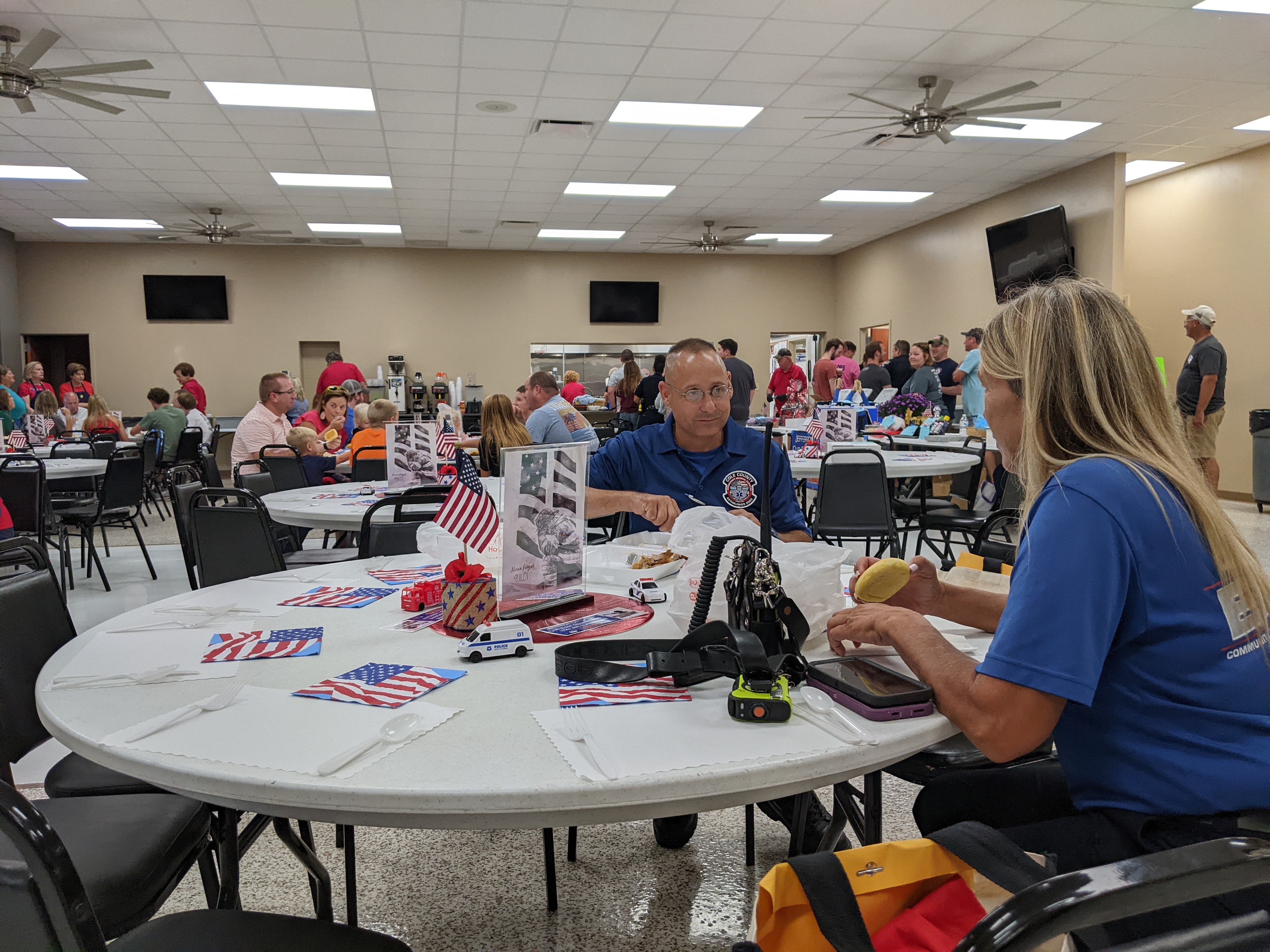 Paramedic Frank Cantone and EMT Stacey Bailey took some time while on duty with Cole County EMS Sunday, Sept. 4, 2022, to enjoy a hot chicken dinner at American Legion Post 5. Cantone said being a first responder is often a thankless job but it was nice to be thought of on Sunday. (Photo by Ryan Pivoney)