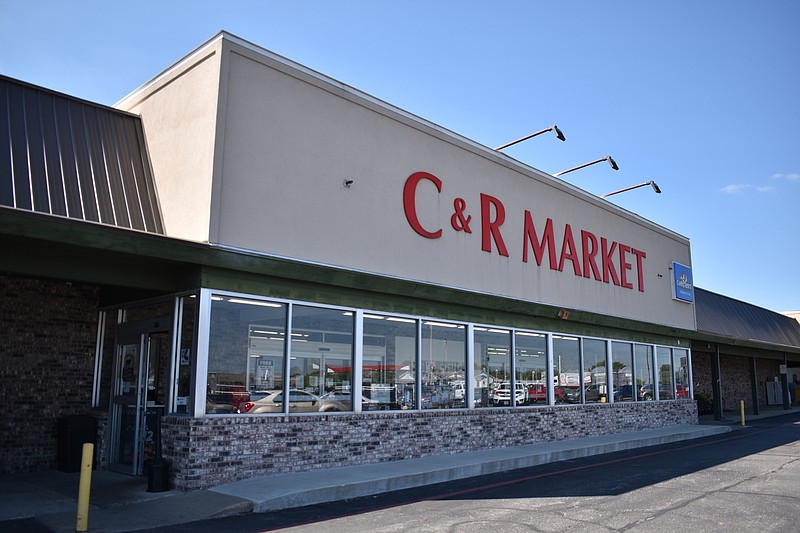 Democrat photo/Garrett Fuller — The California C and R Markets supermarket is seen Friday (Sept. 9, 2022,) in the Village Green Shopping Center. C and R Markets, which has had a location in California since 1992, was recently purchased by B and R Stores, Inc., a slightly larger chain headquartered in Lincoln, Nebraska.

A California grocery store has changed hands, and lower prices come with that change.

The companies completed the sale of the California store, which C&R Markets opened in 1992, on Wednesday. Pat Raybould, CEO of B&R Stores, said an inventory must be finished before stores can officially change hands. He said inventory at other locations were done by Monday.

The name of the store will remain the same. Expect the same staff members to serve customers. Products and services offered will mostly remain the same. All while new ownership improves upon C&R Markets’ success. Raybould said he intends to focus on offering better prices and produce.

Mark Thomas, CEO of C&R Markets, said the new owners, who have more buying power, will help bring lower prices to the store. Prior to the purchases, B&R Markets owned 22 stores in Nebraska and Iowa.

“They’re just bringing some of their economy and scale because they currently have 22 stores and when this is done they’ll have 32 stores and be able to help combine those synergies to make improvements on operations,” Thomas said.

Raybould said a priority was to keep as much of the staff as possible. While he wasn’t able to keep the entire staff, he said he was able to get “pretty close to that.”

He said C&R Markets will still be operated from the Macon office and will maintain a connection with its communities. Clay Foster, who helped Thomas run C&R Markets prior to the sale, will still be involved with operations.

“(New owners will) be directly tied in and influenced by what the customers in these communities want,” he said.

Thomas, who has been involved with management an ownership of C&R Markets for 40-plus years, said interest in the stores fell off for a third generation of C&R Markets ownership.

“The company’s 65 years old,” Thomas said. “Unfortunately, the third generation is not interested in the grocery business, and so I was contacted by B&R Stores that they would be interested in our markets. So I said ‘We’ll have a conversation.’ And the conversation ended up leading to negotiations and a contract, so that’s where we are today. And it’s taken a couple of months to make that happen.”

Thomas recognizes the store could not have been successful for decades without having been a part of the community.

“I want to thank the community for the tremendous support they’ve shown us over the last … 30 years … that we’ve been there in California,” he said. “We really appreciate the staff, the team members there at the store are like family to me, and I’ve been blessed. I’ve had many blessings and I want to thank everybody for all the support they’ve shown to C&R Markets and my family.”

Meanwhile, Raybould is looking forward to continuing the store’s success. The purchase of C&R Markets marks a milestone for his company as it expands into Missouri.

“We’re fortunate to be in California, Missouri, as well and I’ve been in the stores a few times myself,” he said. “I’ll be there next week after the transition, so that way I can get to meet the people. Previously, we were kind of assessing the opportunities and had to keep low key because we didn’t want people knowing about the transaction. But that’s all out in the open now and we welcome this opportunity.”