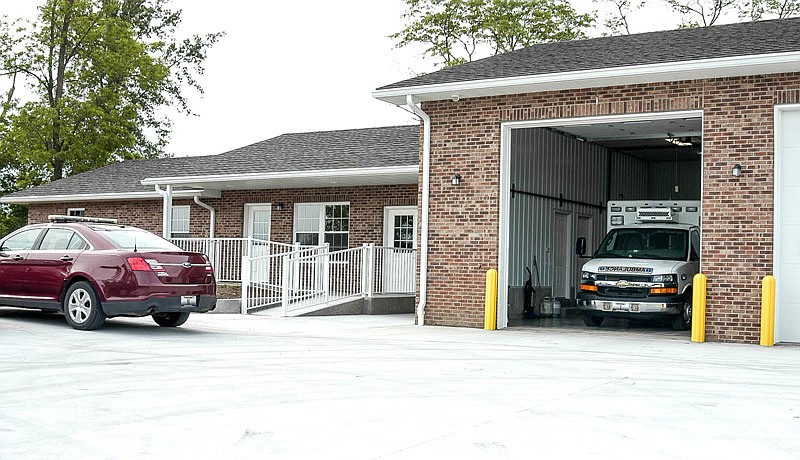 Pictured above is the facility housing Mid-Mo Ambulance services in California, Mo., which opened on May 13, 2017.

The increased budget was the biggest outcome of Mid Mo Ambulance District's September 2022 Board of Directors meeting. The meeting, held at 7:25 p.m. Wednesday at the district office in Tipton, was attended by all six members.

Administrator Lee Kempf presented the proposed larger budget, which accounts for increased calls and expenses. He said the biggest change in expenses were for fuel and tires. The budget also covers the remounting of an ambulance, where the body of an ambulance is transferred to a new chassis. The proposed budget was for $4.83 million, with projected expenses totaling approximately $4.25 million. The proposed budget was approved as presented, with Becky Holloway and Cody Worthley motioning to approve it.

The ambulance district responded to a record 385 calls, with 237 resulting in transports. Tipton had 75 calls with 42 transports, California had 88 calls with 64 transports and Versailles had 222 calls with 131 transports.