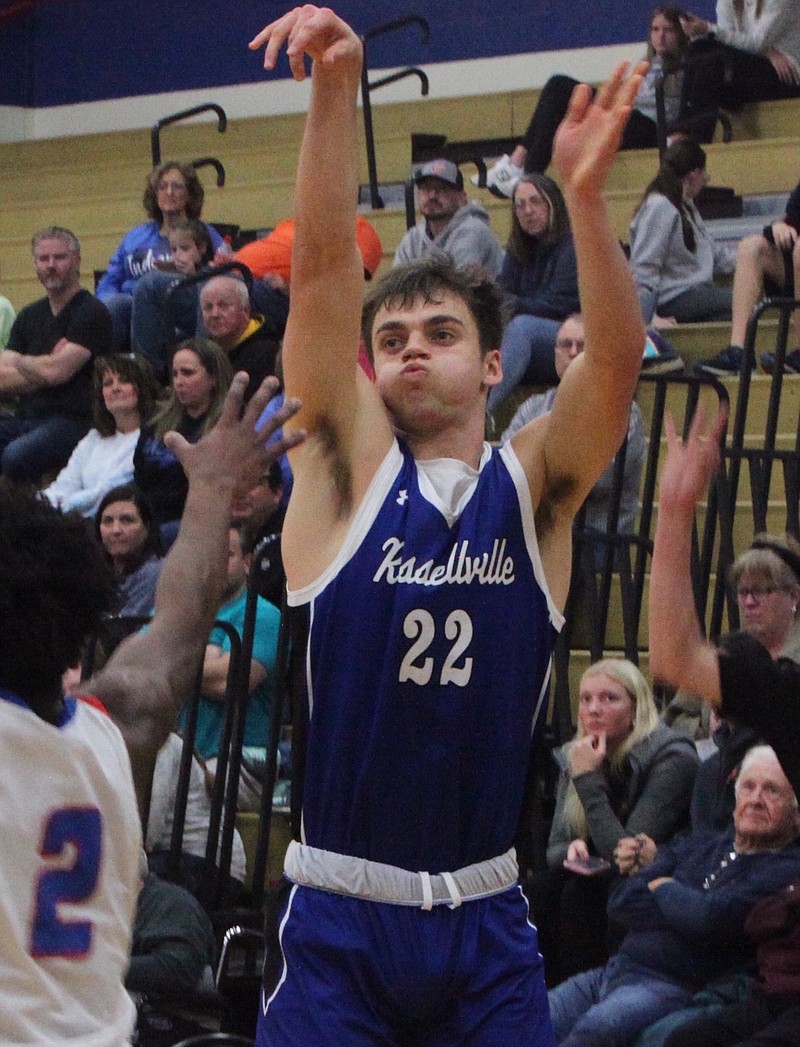 On Tuesday, Jan. 3, the California Pintos and Russellville Indians played their rivalry game. Russellville came into the game averaging 70 points a game, while California broke out of a scoring slump with an 11-point win against Winfield on Dec. 30.

As the game progressed, Russellville struggles on offense and California took control of the game in the third quarter and never looked back, winning 63-48.

When the game tipped off, the Indians came out with full-court pressure and created offense off turnovers. However, California was ready for the pressure and put senior center Hunter Berendzen down at its own end for a chance to get easy baskets. The strategy payed off for California, as the Pintos broke the trap at half court and gave Berendzen five layups in the first three-and-a-half minutes.

Going into the second quarter, California led Russellville 16-14. The momentum turned toward California in the final seconds, when sophomore forward Hayden Kilmer stole an in-bounds pass and took the ball the other way for a jump shot to end the half. California led 33-28 at halftime.

In the second half, Russellville sought to counter California's momentum with the offensive execution that had become its trademark. Things went the other way and the Indians were unable to make a basket for the most of the quarter. The Pintos capitalized once again with the leadership of junior guard Ayden Bryant, who had seven points and two steals in a span of six minutes. California outscored Russellville 16-8 in the third quarter and 14-12 in the fourth quarter.

California shot 27-of-53 (51 percent) from the floor, 3-of-8 on 3-pointers (38 percent) and 6-of-14 (43 percent) on free throws. Berendzen had a double-double with 17 points and 11 rebounds. Bryant also had 17 points with four rebounds, three assists and three steals. Kilmer added 12 points off the bench on 5-of-6 shooting with two steals. Junior guard Gavin Porter shot 5-of-7 from the field for 11 points with three assists and a steal.

Russellville shot 18-of-54 (33 percent) from the field, 7-of-25 on 3-pointers (28 percent) and 5-of-10 (50 percent) from the foul line. Miller led the Indians with 17 points, shooting 7-of-15 form the field with six rebounds. Despite fouling out, Seaver had 12 points and eight rebounds. Junior guard Cayden Cook had 10 points, two assists and two steals.

California head coach Brad Conway's team had struggled for points in three of its last four games and spent a good part of practice since then working on its shooting and execution on their offensive sets. Conway said the practice helped out in the win against Russellville and the Pintos took advantage of the Indians' shooting struggles.

"I thought we a good job of sharing the ball tonight. Defensively in the first half, we had some miscues and they really hurt us on the boards. When we got settled down a little bit, we were fine, but when we tried to play too fast, it led to some turnovers and that kind of hurt us. In the second half, we did a better job of not giving them second chances and forcing them to go one shot and done on their possessions. That third quarter was really good for us. I thought we were really locked in and we were able to build a little bit of a lead," Conway said. "They shoot the ball really well and they do some really nice things, but I thought we won the game in the third quarter. We shared the ball, got some good looks, our defense was aggressive, we broke down their presses well at times, and managed to win the game."

Russellville head coach Ron Lebel said the Indians got behind the 8-ball when California turned the game into a half-court tempo style game. It took the Indians out of their normal rhythm and prevented them from getting up and down the floor and to the fast break. Despite the consistent play of Miller, the Indians struggled on defense and Lebel will look to work on creating offense off of turnovers in the upcoming weeks.

"The game turned into a half-court game and we didn't get a whole lot done tonight in our half-court sets. We're not going to score many points individually, it's got to be a team effort to put points on the board. We did had some good efforts from guys like Charlie and Chris. Charlie has been consistent all year. Everybody we've played has been trying to shut him down because of how good he is. Chris made some nice plays inside by getting scores and rebounds for us. Especially in the first half. He had a pretty good game and we hope to see more of that from him," Lebel said. "However, we hurt ourselves tonight at both ends of the floor. Defensively, if we're going to be an up-tempo team, we've got to force turnovers and create offense off of those turnovers. We haven't been getting that done the last three or four games. So we've got some work to do when we get back to the court." 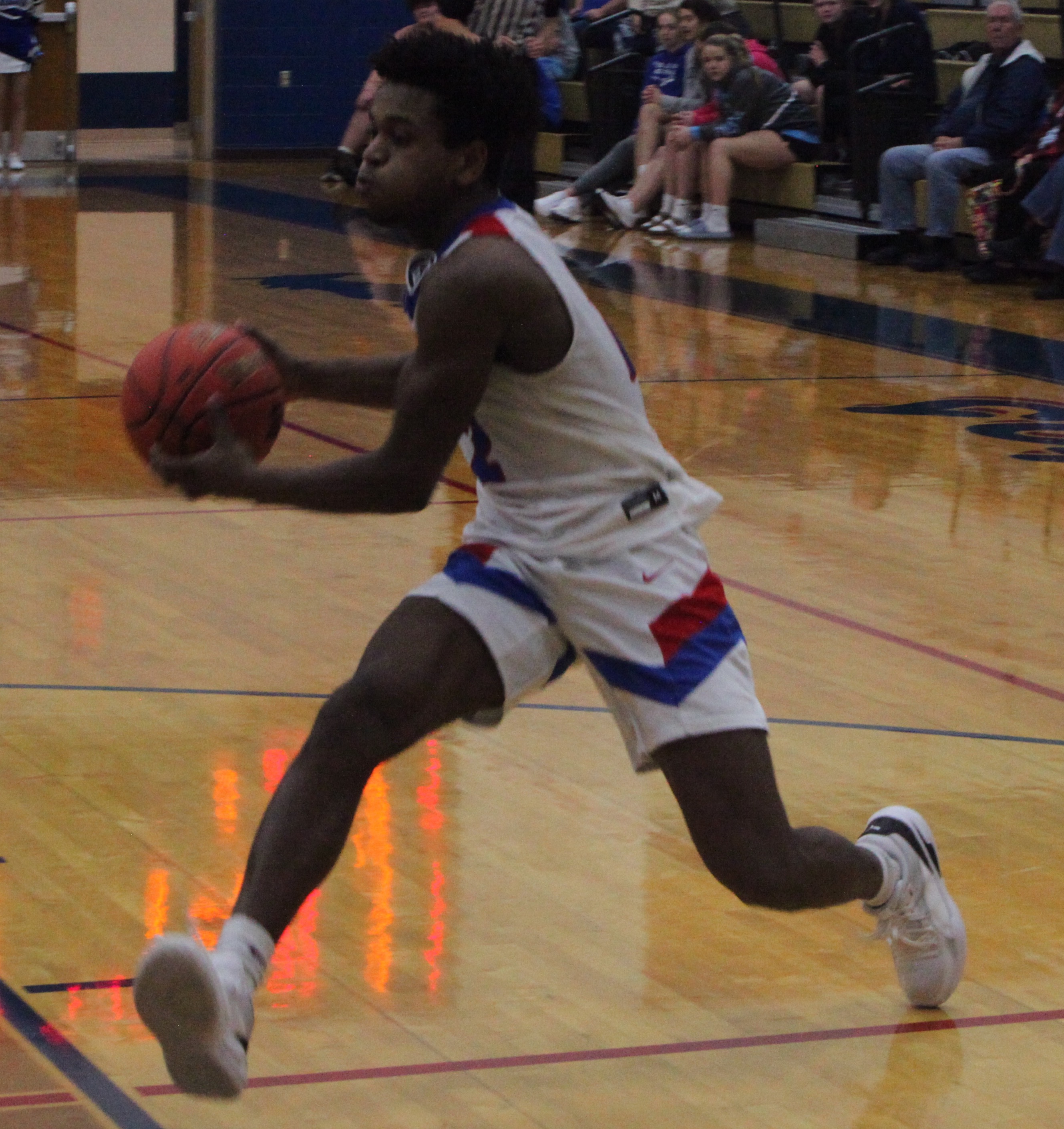 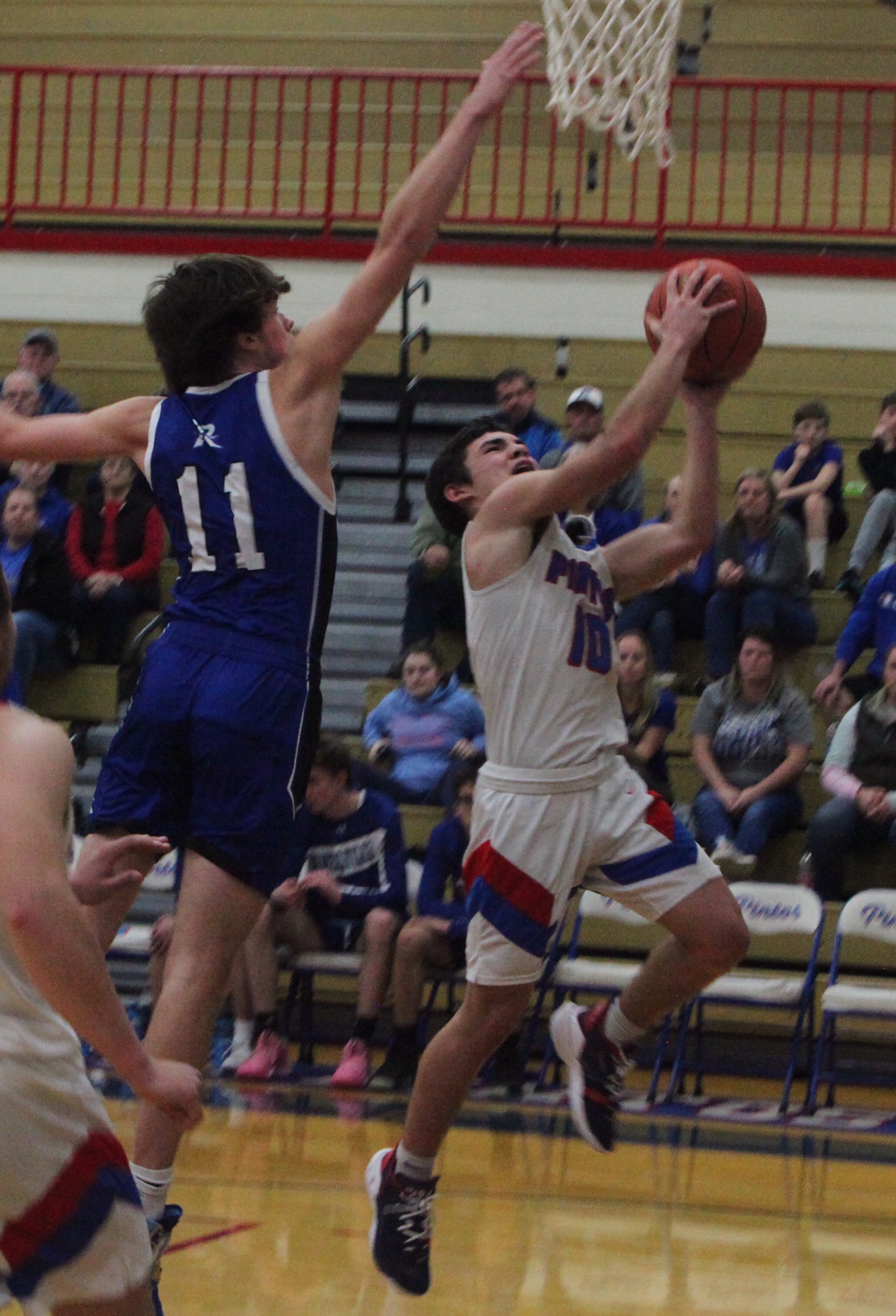 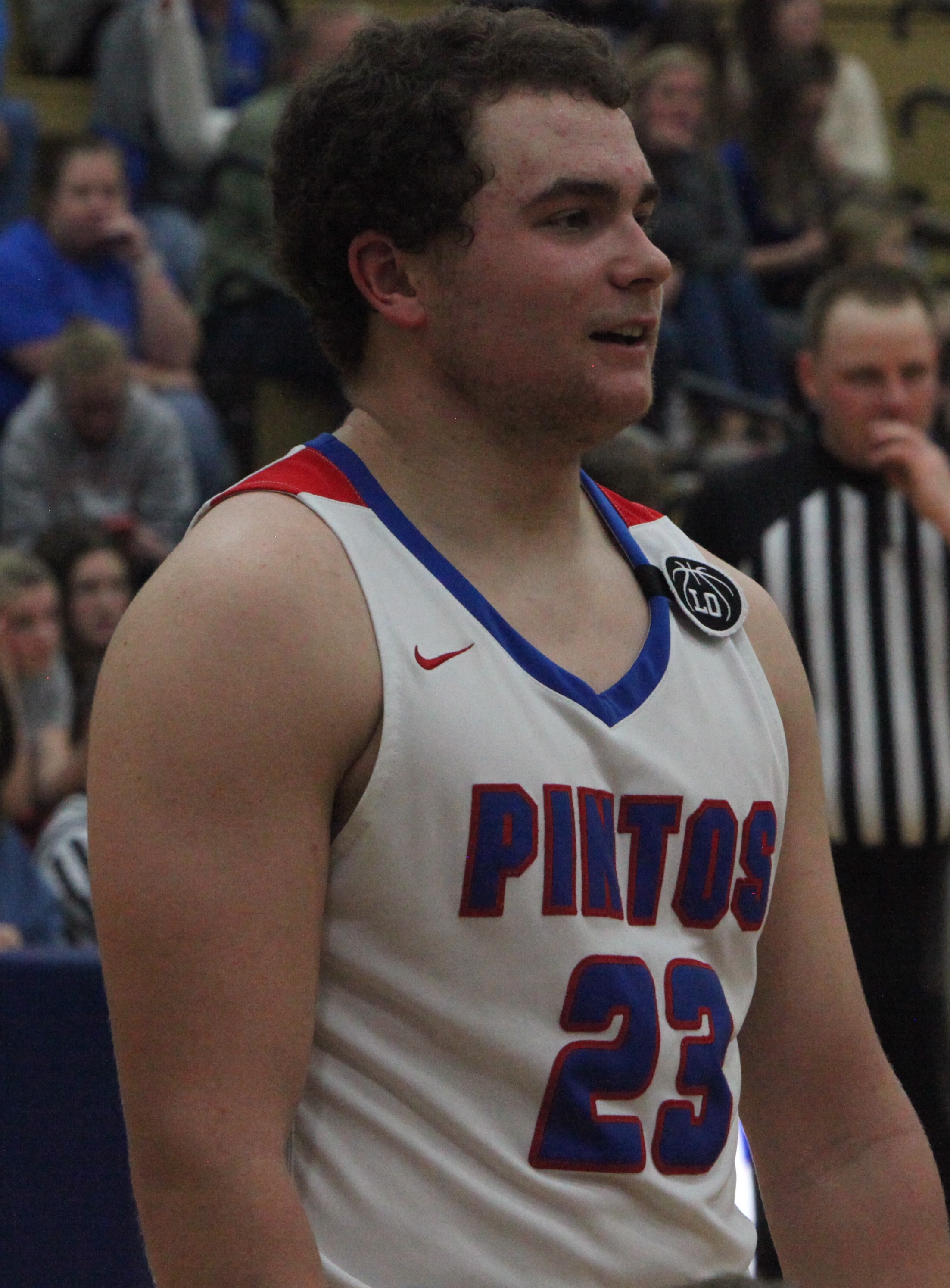 California senior center Hunter Berendzen had a double-double against Russellville on Jan. 3 with 17 points and 11 rebounds. (Democrat photo/Evan Holmes) 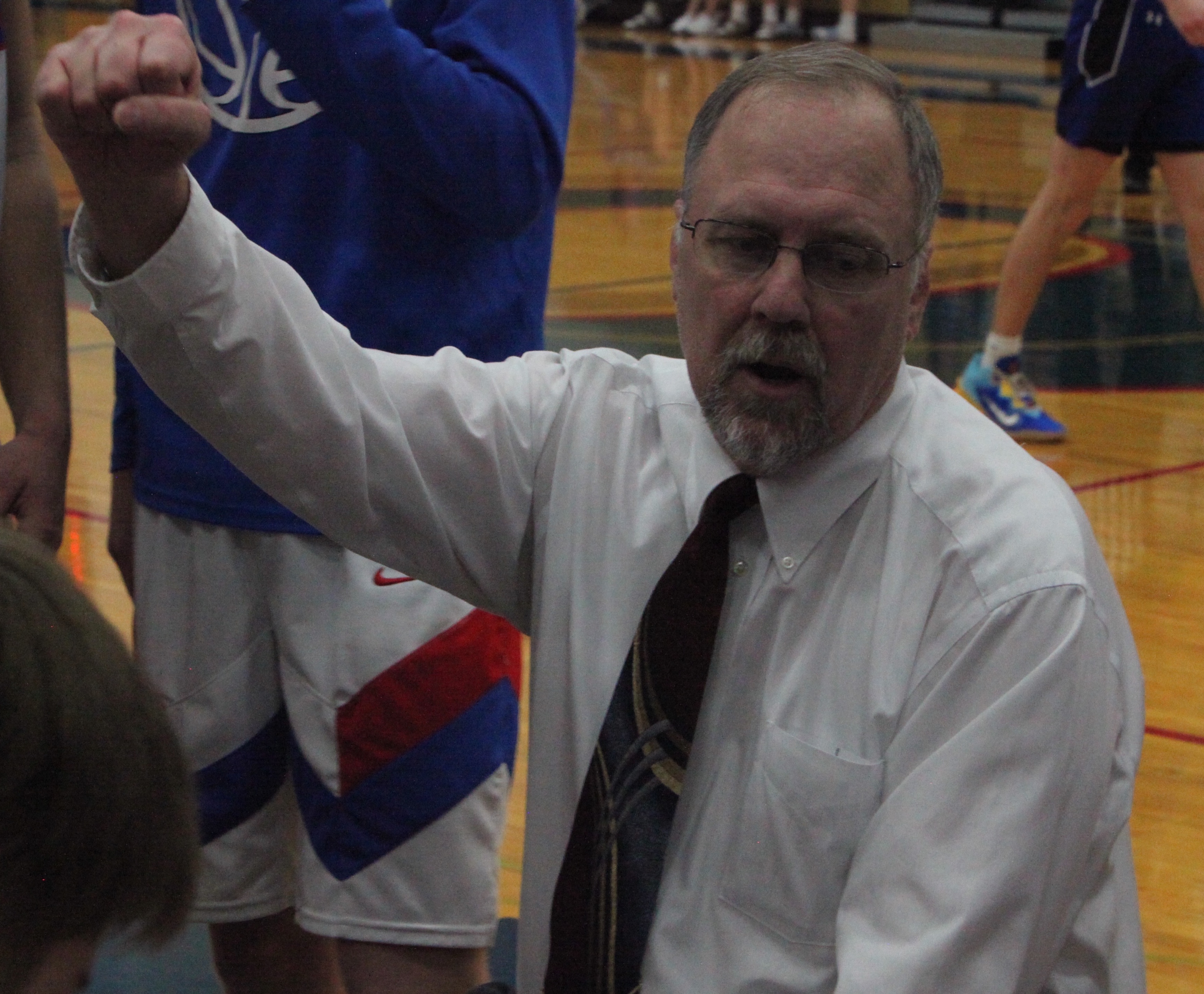 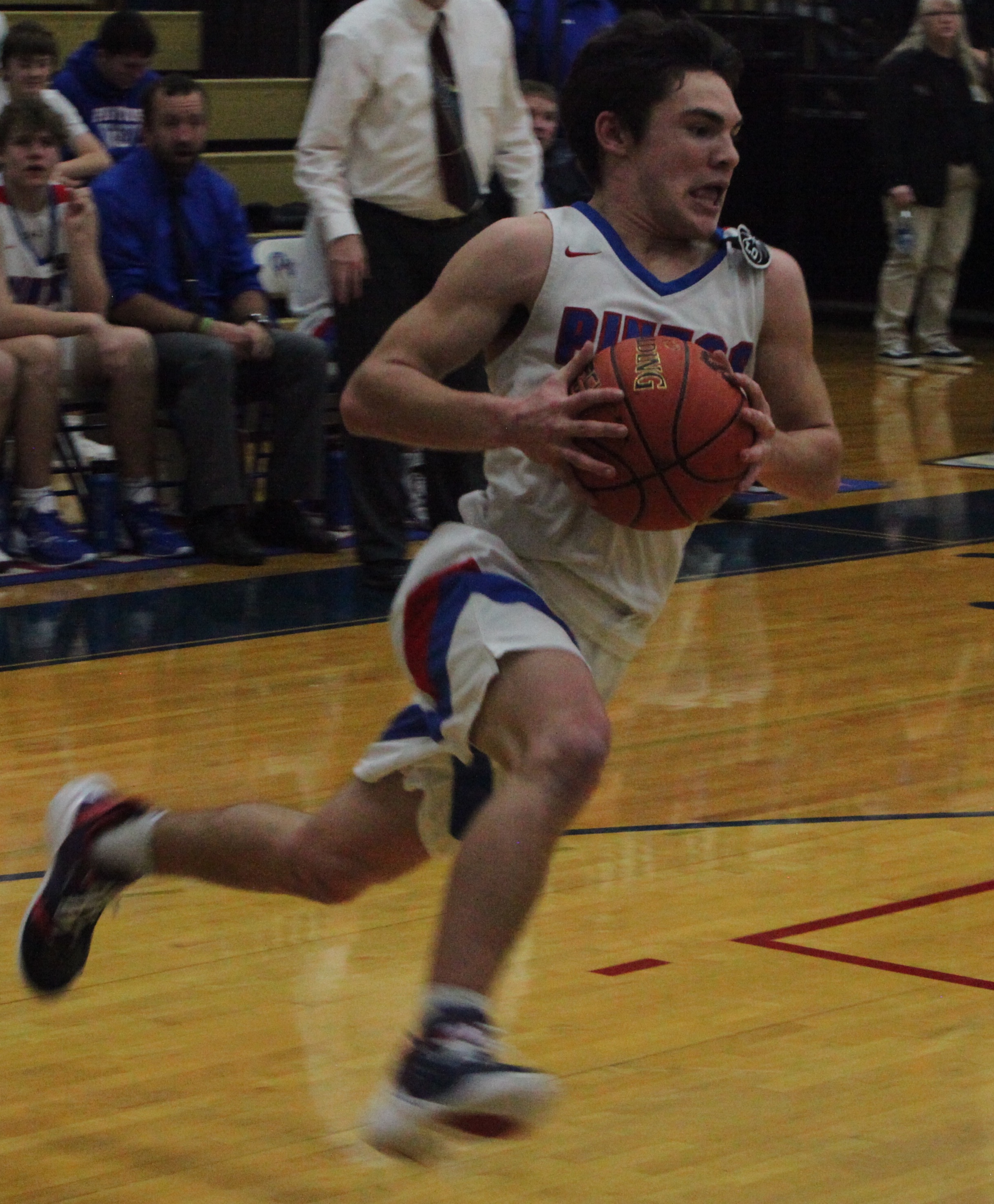 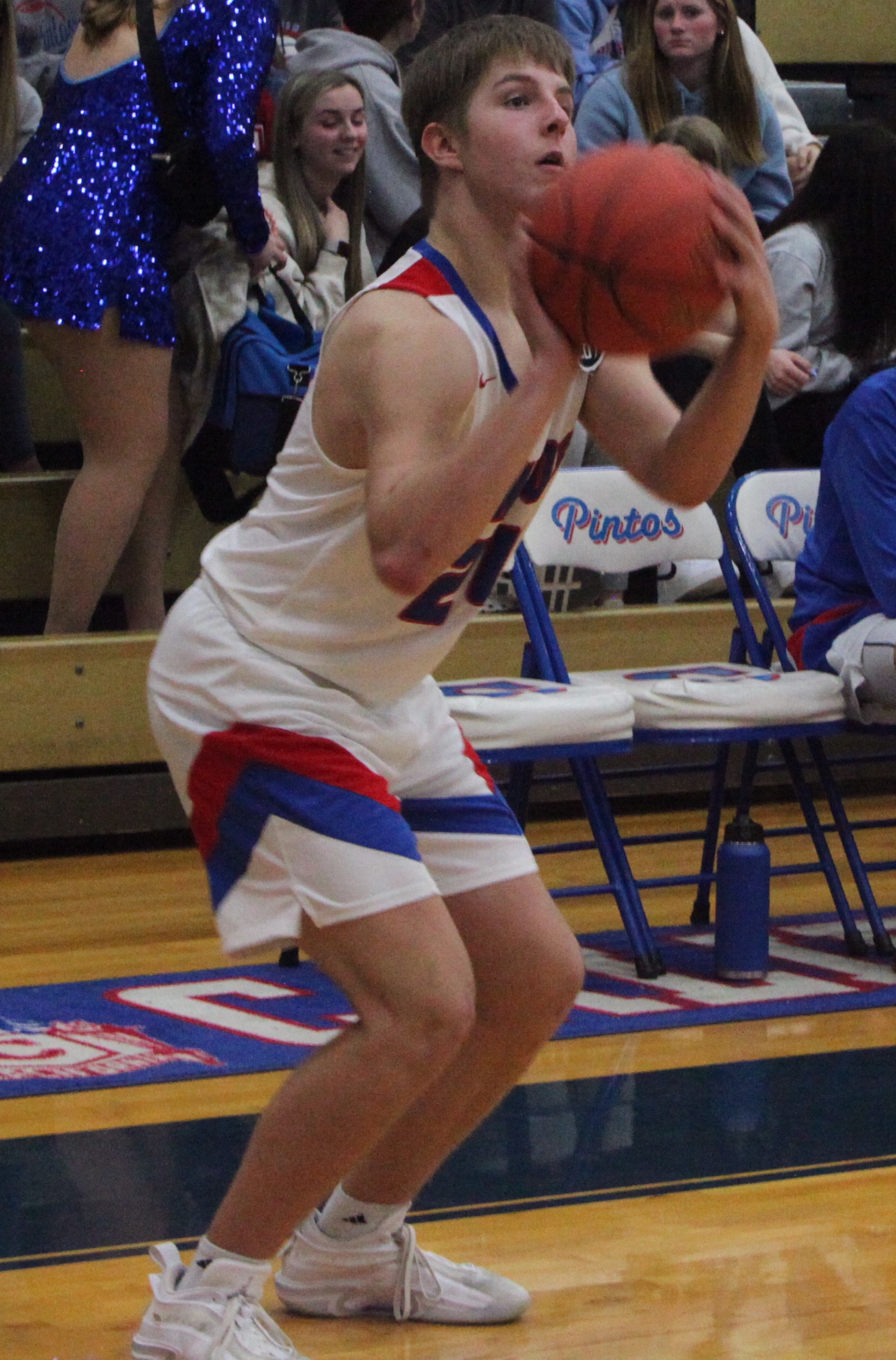 California junior guard Gavin Porter knocks down a three-pointer from the right corner in the third quarter. Porter had 11 points on 5-8 shooting against Russellville. (Democrat photo/Evan Holmes) 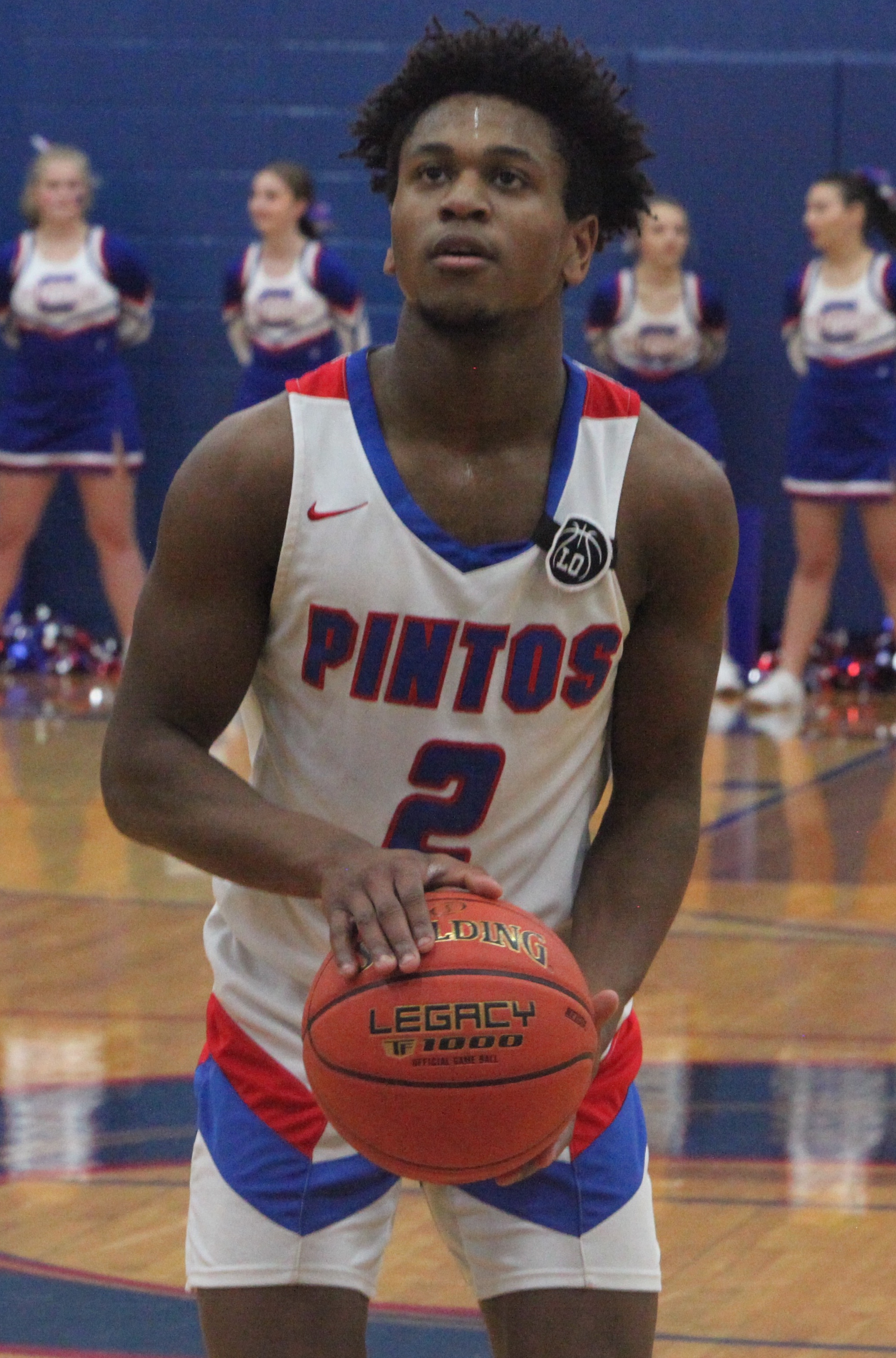 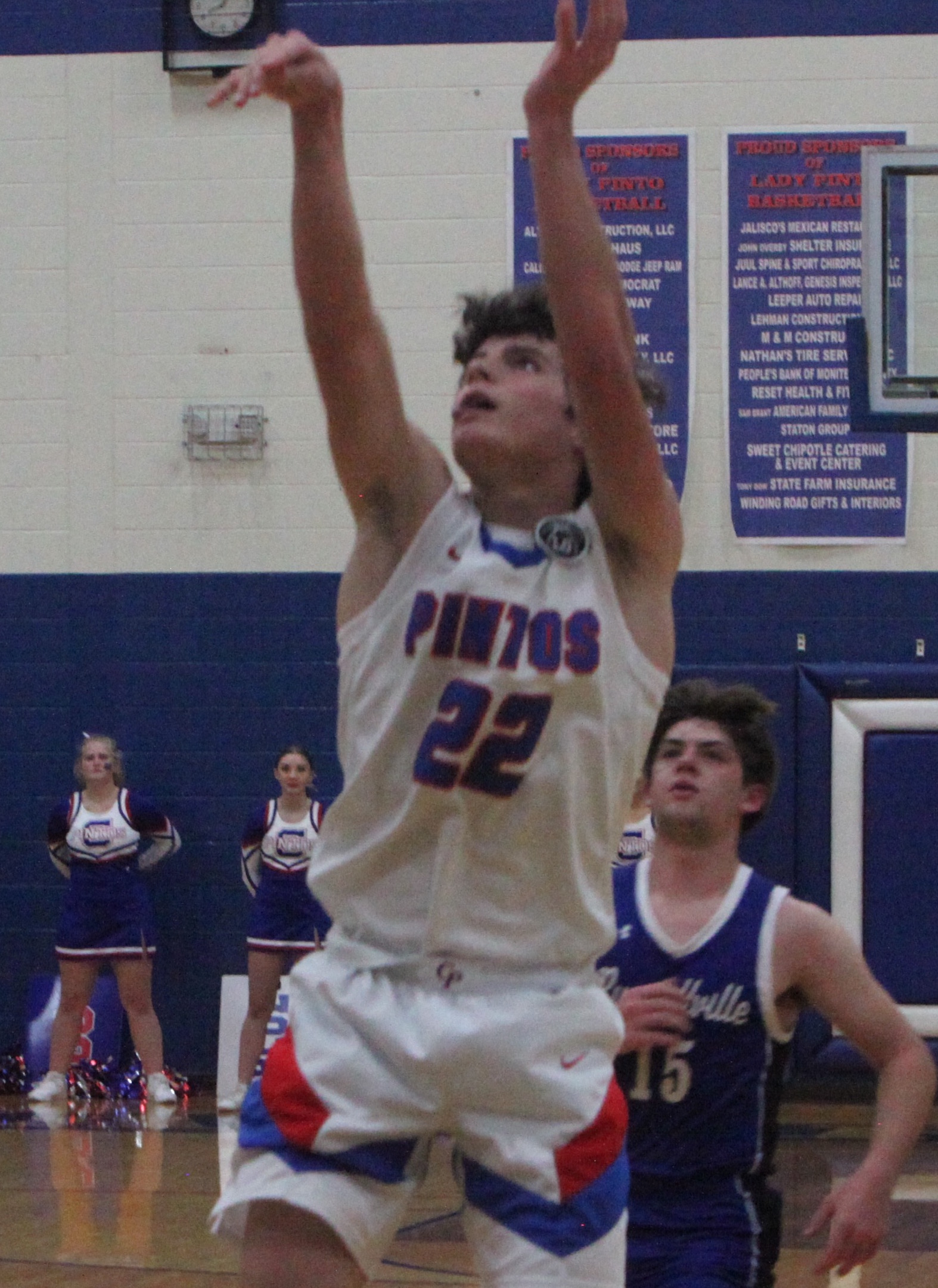 Sophomore forward Hayden Kilmer beats the first half buzzer with a jumper from 16-feet away. Kilmer had 12 points on 5-6 shooting on Jan. 3. (Democrat photo/Evan Holmes) 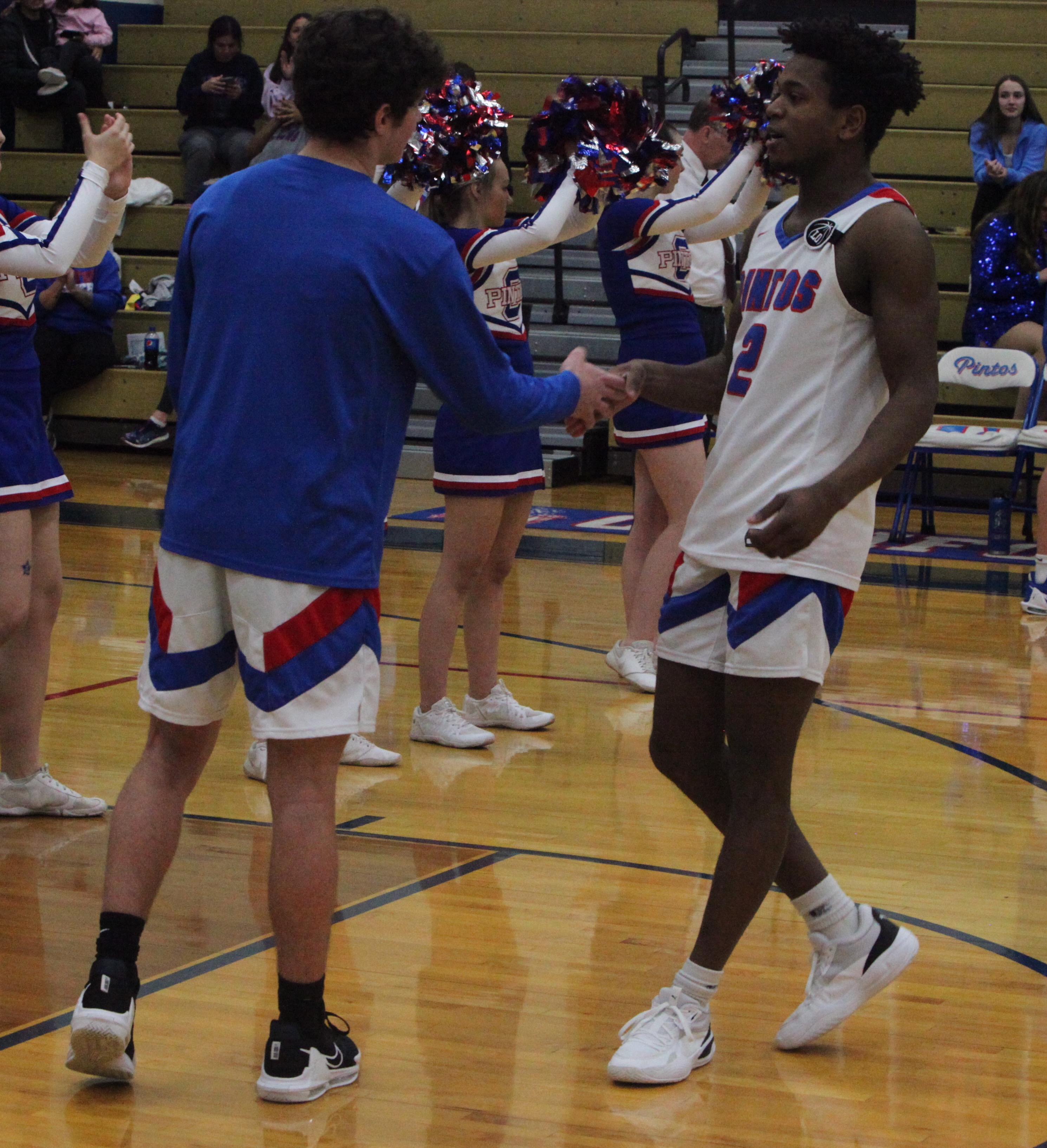 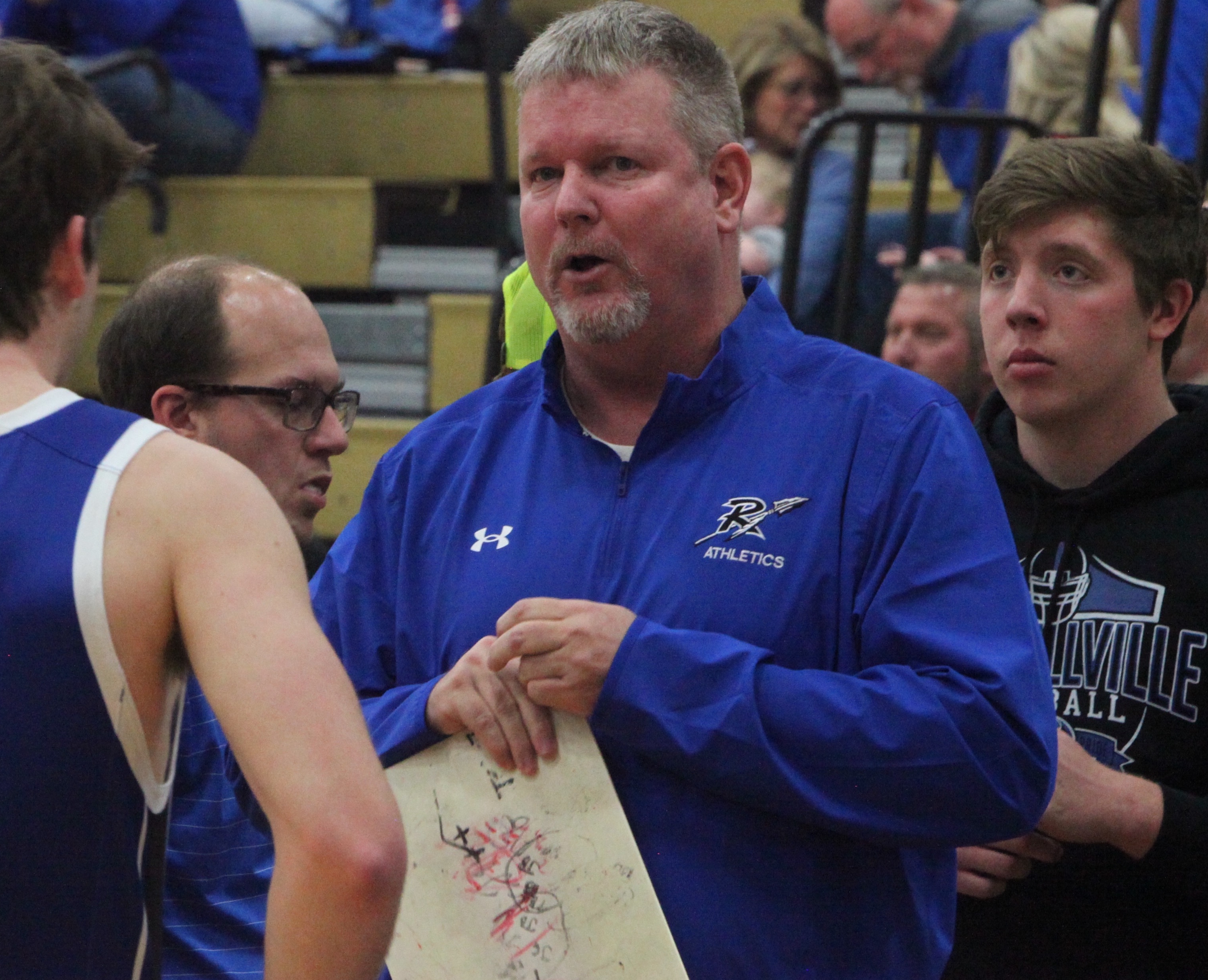 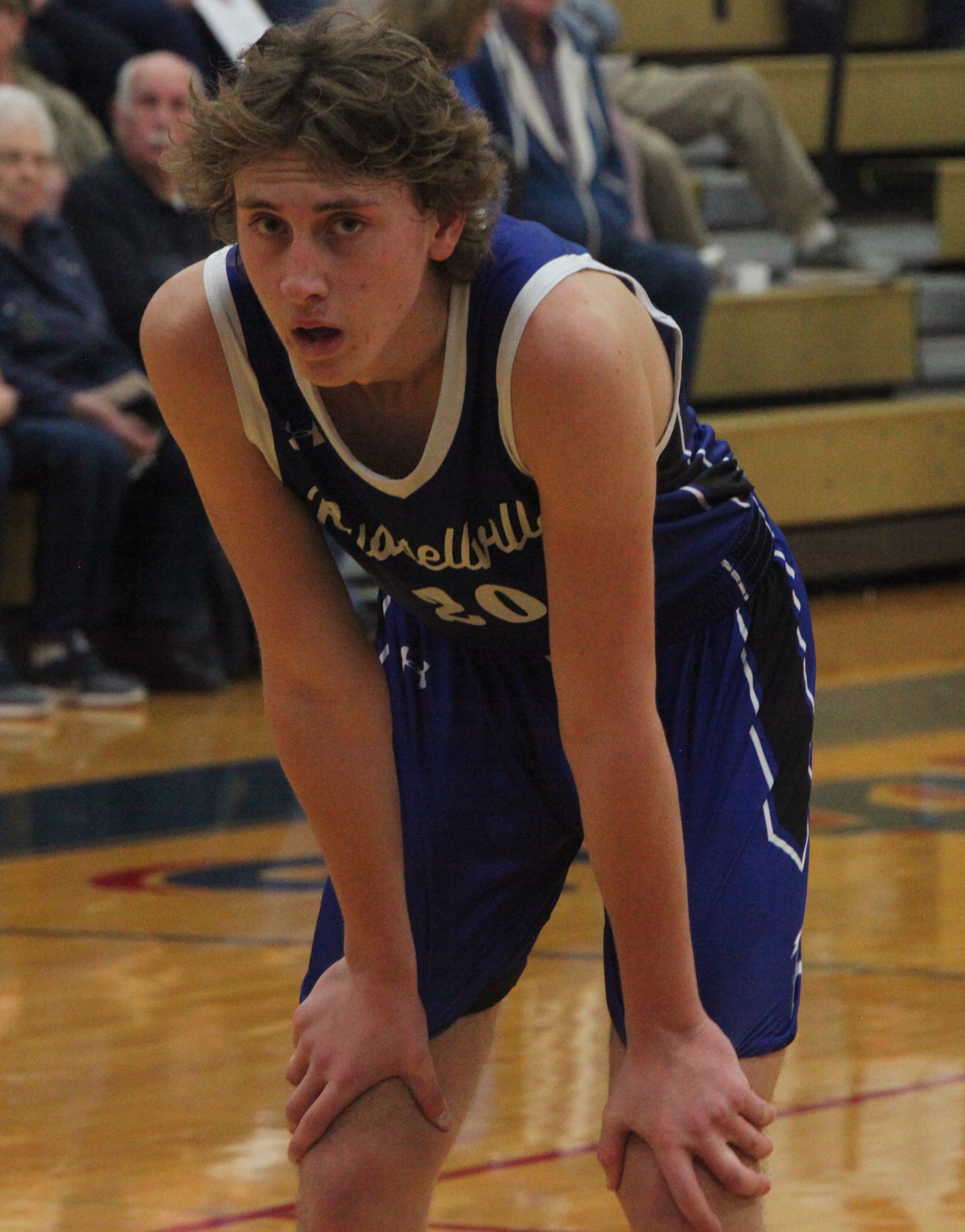 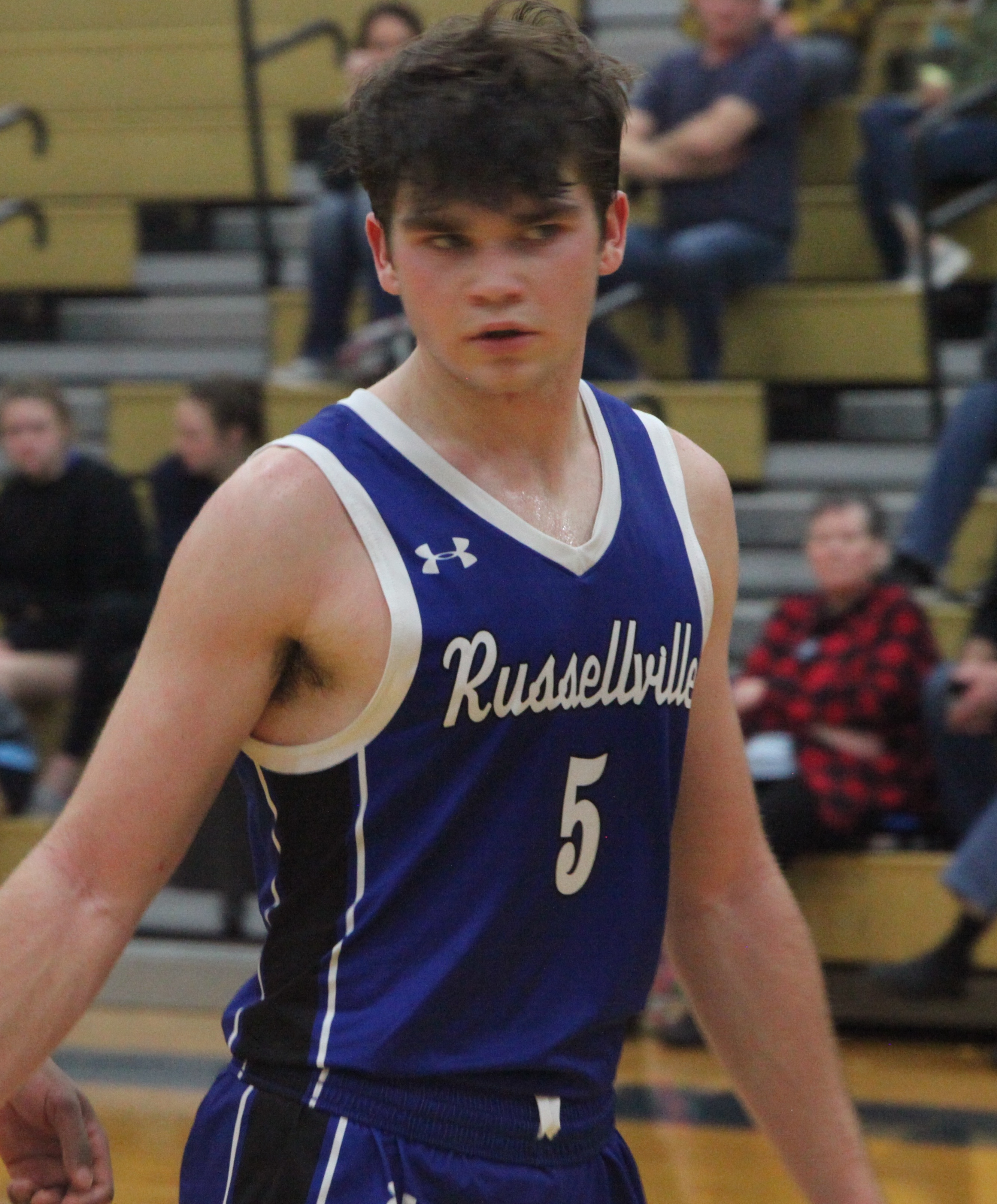 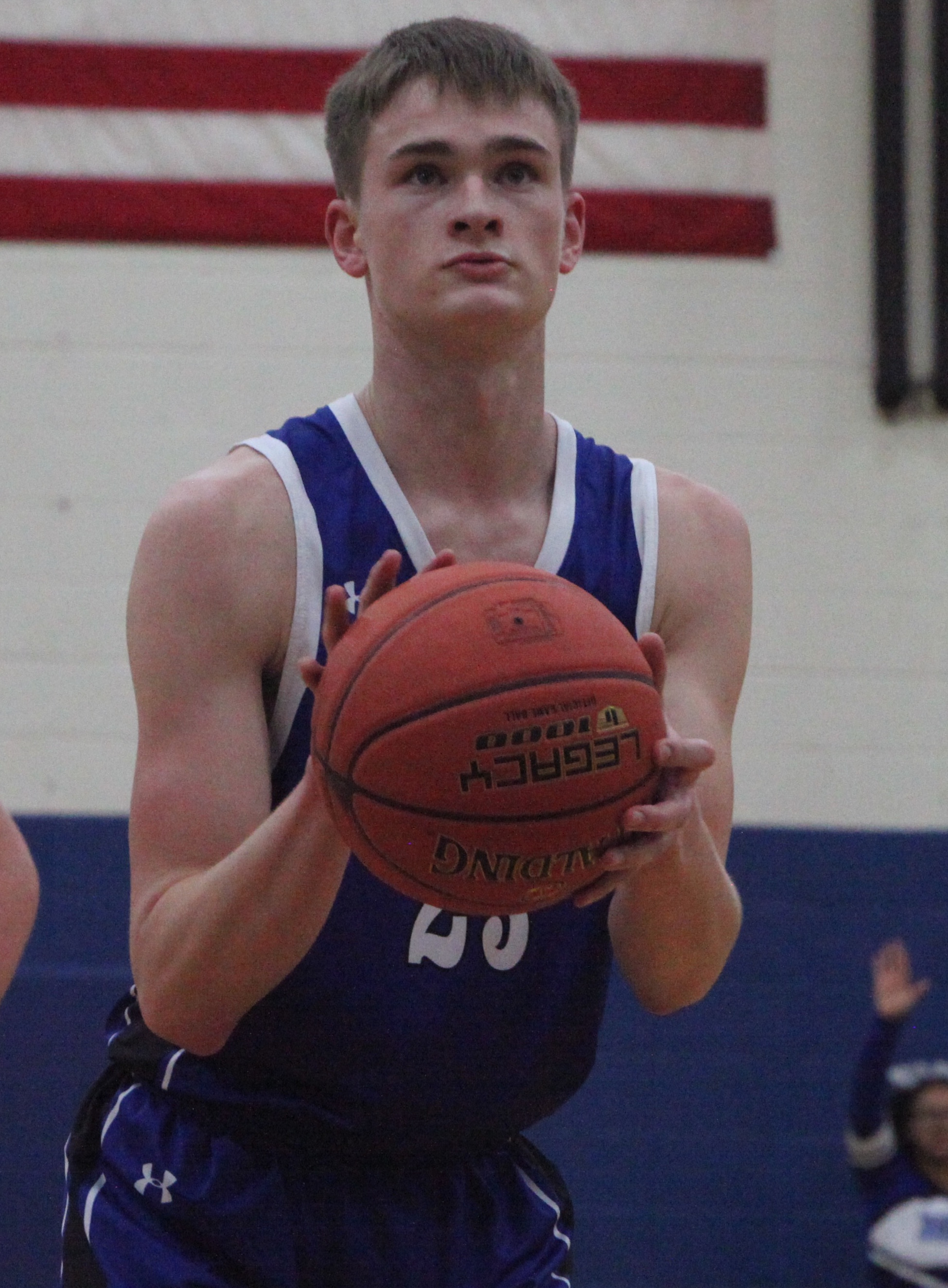 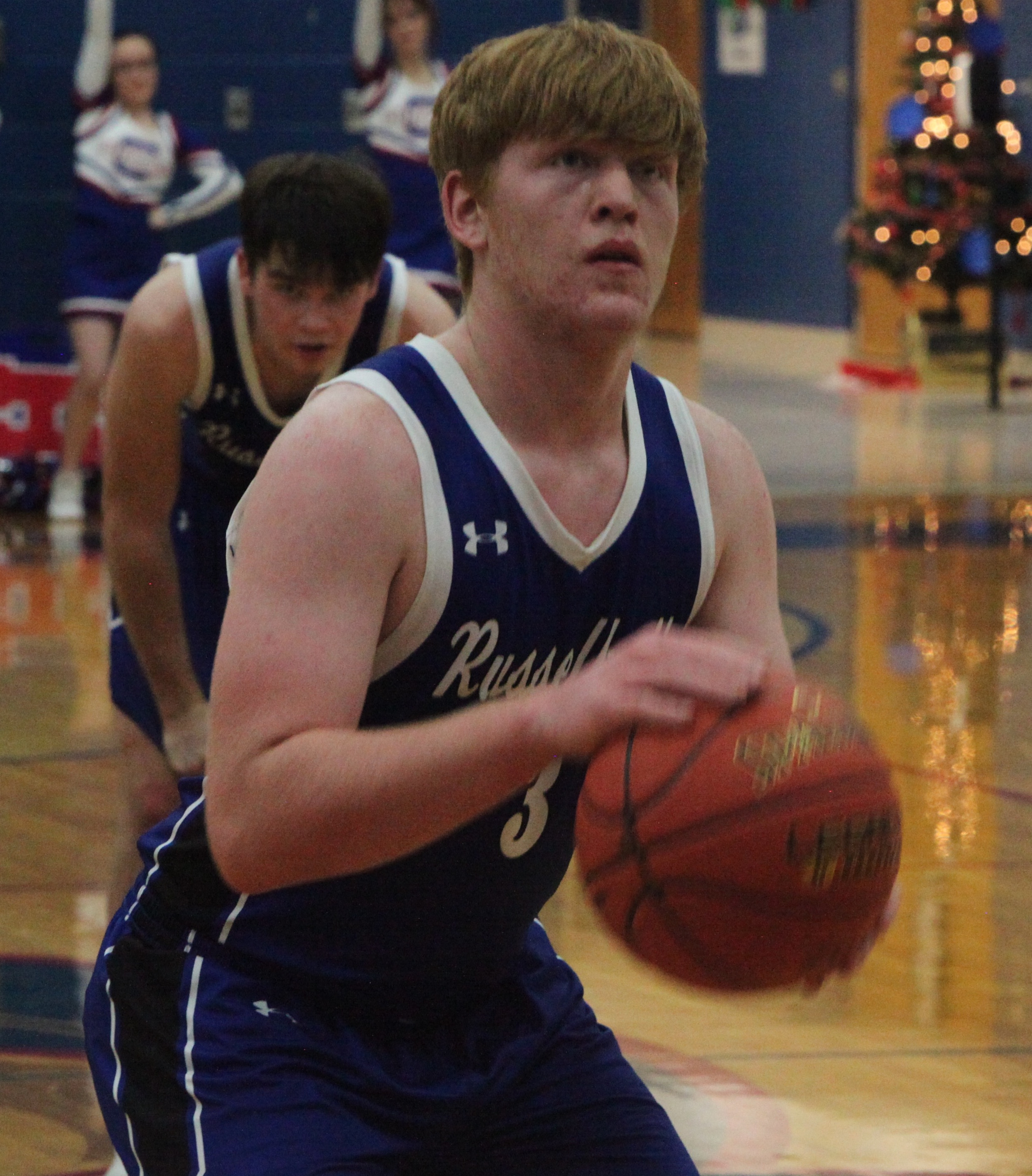 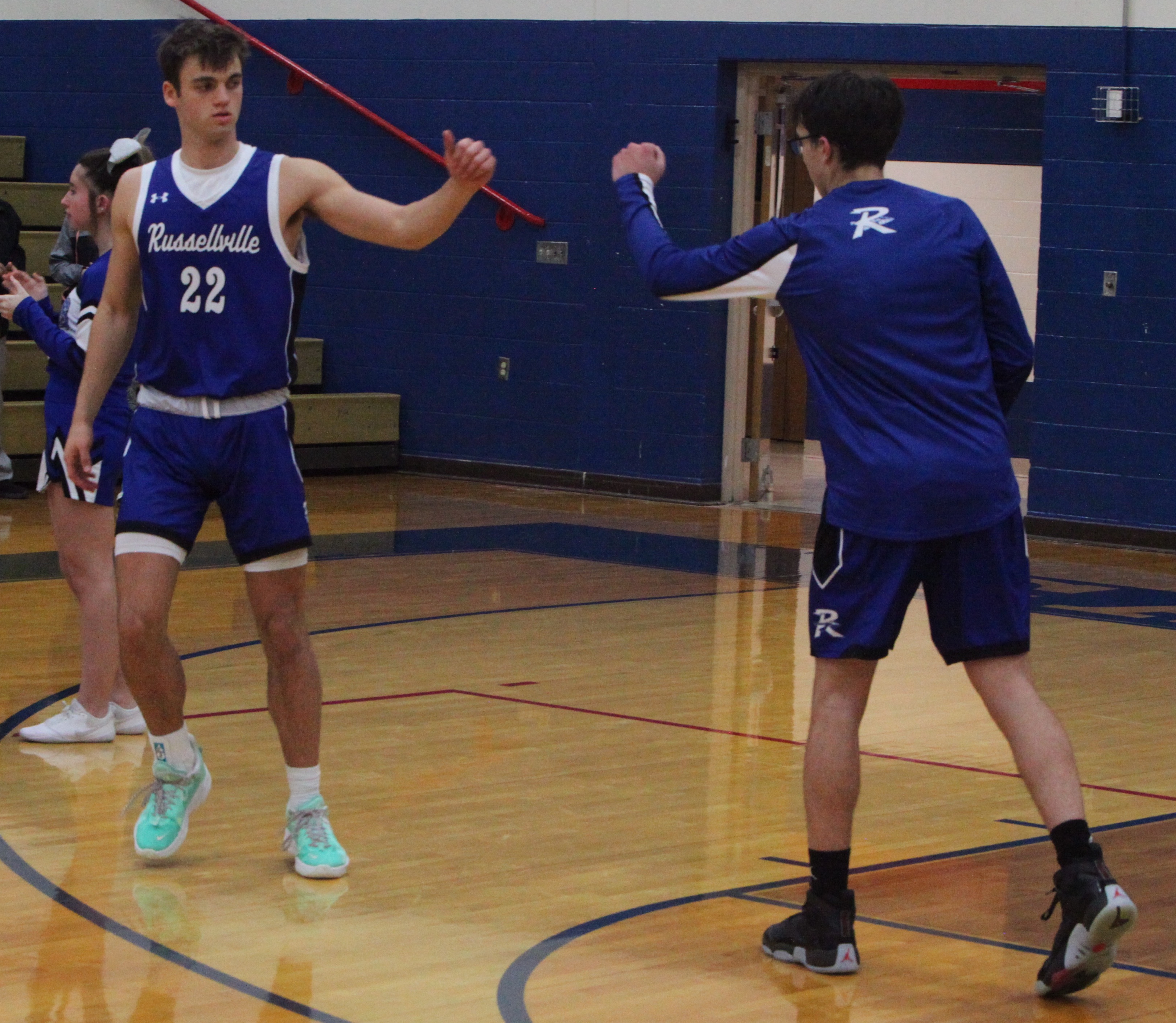