Grant enables turkey farmer to do more with less 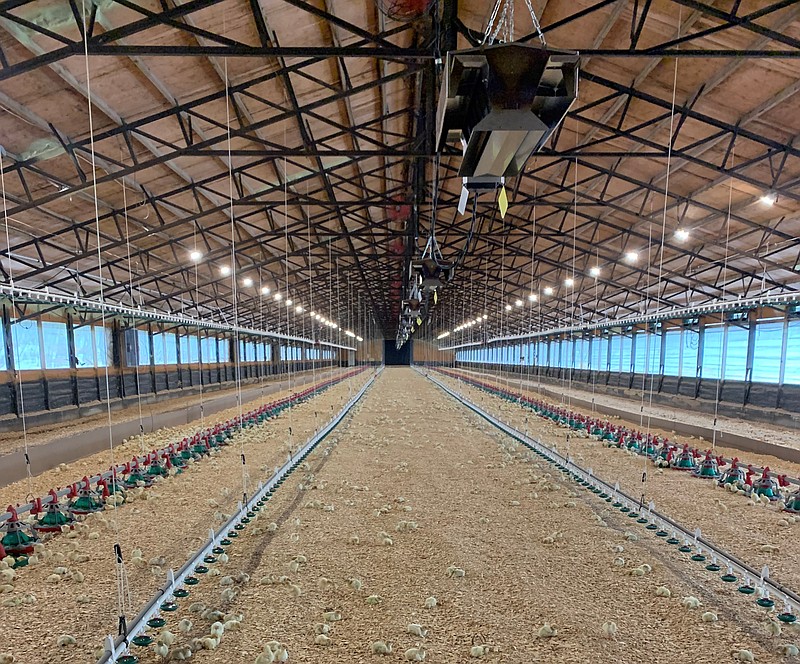 Courtesy/Tyler Dicus — Tyler Dicus, a California turkey farmer, used a USDA grant to make energy-efficiency upgrades in his barns. The new lights, heating and ventilation systems, and curtains and flap help him do more with less on his farm.

A California turkey farmer and his birds are reaping the rewards of energy-efficiency upgrades made using a federal grant.

It covered 25 percent of the cost for eligible items in the upgrade, which included the installation of spray-foam insulation, LED lighting, and more efficient heating and ventilation systems, among others.

Dicus and Eugene Wickham, a flock supervisor for Cargill who advises Dicus, have found the upgrades improve the quality of their birds while saving energy.

"By improving your house, your conditions, you're going to save electricity, you're going to save gas, you'll also save time, which all that equals to money," Wickham said. "... Getting your building spray-foamed, they say that will save by itself ... up to 15 to 20 percent on your propane, plus (improves) the quality of the birds."

The upgrades have allowed them to do more with less inside the barns.

"The barn at night is, there's not a shadow in the barn," he said. "So there's the quality of your birds as far as (reducing) your dark spots, shadows."

"It's probably more of an even coverage of heat," Dicus said.

New curtains and flaps on the barn's exterior help seal-in the heat. Wickham explained older barns had wood vent boards that had to be manually opened or closed. The new vent boards are automatically set to open to predetermined positions based on how old the poults are.

"We can tell it to open to, when (the poults) are young, say, only open 15 percent. As they get older, you can increase that percentage to 50 to 100 percent," he said. " And by running your vent boards like that, your curtains don't go up and down as much, where that keeps your stoves from having to run as much because once the curtain comes down, it cools off, stoves come on."

All parts of Dicus' barn are linked together to a computer for enhanced efficiency and operation.

"We can put the numbers we want in there to run, the computer to run, so that the fans will exhaust and run enough ventilation to keep air fresh, keep the air clean, keep the dust out of the barns, but yet not enough that it makes the stoves burn more than they really need to," Wickham said.

Before starting the grant process, Dicus and Wickham suggested preparing for the array of paperwork required to apply for the program.

"Before you get started, make sure you gather up ... your old information, plus what your new equipment's going to save you, so that they can compare that," Wickham said. "And it would probably even help to get somebody that's familiar with the process to come in and help you write that grant."

"There is a lot to it," Dicus added. "You have to get old bills, existing bills, all the paperwork for the items, the wattage, the Btu, and they calculate it all and put it in a grant and send it in to the USDA. Then (the USDA) make their choices of whether you get picked or not."

Dicus said he used a grant writer from Mississippi to help with the process. He said it took six to eight months before he received approval, with construction taking another four to six months.

However, the long process paid off.

"It's never a bad thing to upgrade," Dicus said.