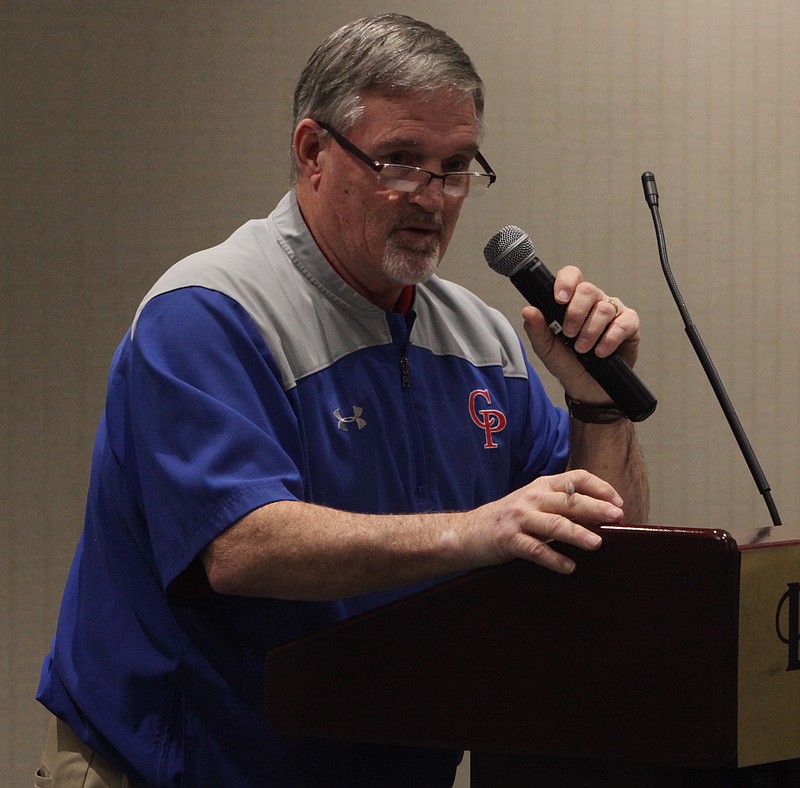 After being introduced by his son Nate, Coach Stock provides a humbling speech to the audience at the Hall of Fame Luncheon on Saturday. (Democrat photo/Evan Holmes)

Saturday, Jan. 7, 2023, was a day the Lady Pintos softball head coach Steven Stock would remember for the rest of his life. After 27 years of coaching, more than 350 career wins, six conference championships and seven coach of the year awards,

Stock was inducted into the Missouri High School Fastpitch Coaches Association Hall of Fame. Stock was inducted in the hall of fame alongside fellow coaches Jim Claxton of Seckman, Scott Howard of Liberty, Lori Videmschek of Purdy/Cassville and Nate King of Salisbury.

Stock began his career in 1995 after concluding his collegiate career as a baseball player. When Stock arrived in California in 2017 after 21 of coaching at Schuyler County High School, he took over a Lady Pintos team that had only won eight games in four years. The Lady Pintos got better year after year under Stock's direction and are 87-61 in the past six years.

Stock's career coaching record is 374-224. In addition to his coaching, Stock has served on the MHSFCA staff as the Class 2 vice president, as well as being a district and regional representative through the years. Stock has also volunteered to coach in the MHSFCA senior showcase and has been on the hall of fame committee for the past 10 years.

Stock has been married to his wife Kim for 36 years and the couple have two sons, Matthew and Nate. Matthew is a professional golfer and is a member of the PGA Golf Club, while Nate is a teacher who coaches softball and baseball at Cameron High School.

After he was introduced to the audience at the Drury Inn in Columbia by his son Nate, Stock came up to the podium and gave a humble speech about his induction. Though he is occasionly a man of few words, Stock had more than a few words to say to the crowd.

Stock said that his induction into the MHSFCA Hall of Fame is an award for not just himself, but also for all of his players, his assistant coaches and his family, as he said they were the ones that helped him get into the hall of fame.

"The success I have had is because of the great players and coaches I have had the honor to have been able to work with over the years. I never thought much about reaching the Hall of Fame. My thought has always been based around making softball a fun and memorable experience for our players. It is their work and time that allows this to happen," Stock said. "When I received the news, I felt surprised and humbled and felt very grateful for all the people who helped me and made this possible. This honor belongs to not just me, but it belongs to all of them." 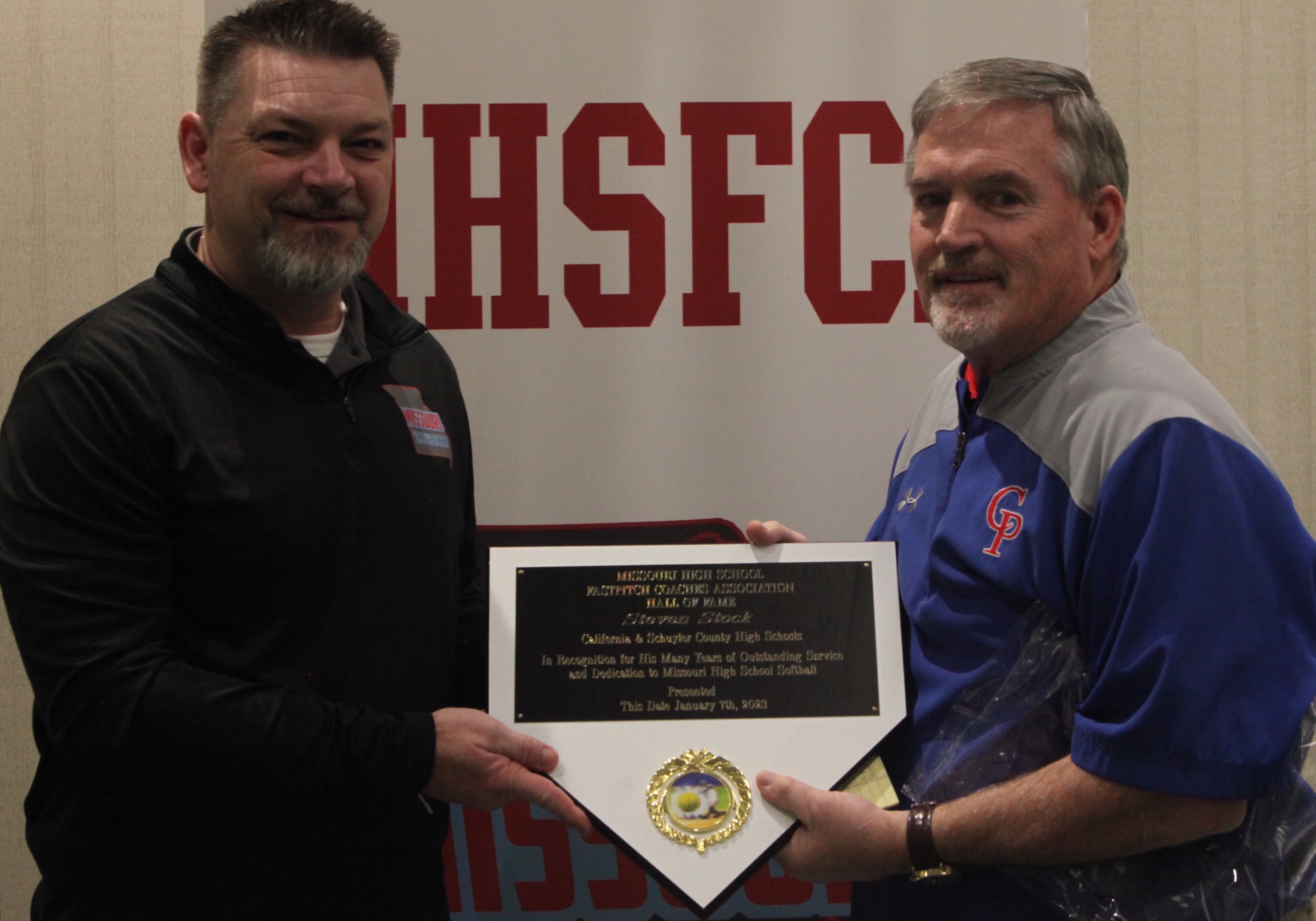