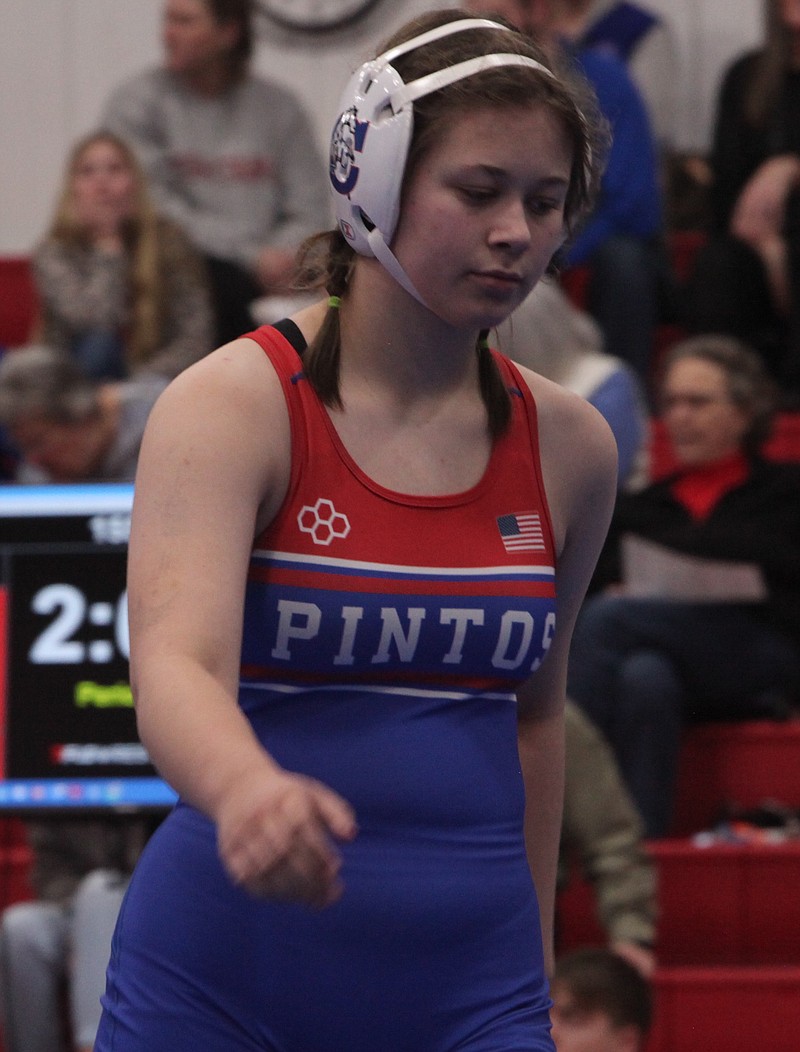 California faced off with the Moberly Spartans, the Boonville Pirates and the Palmyra Panthers on Jan. 10 at the Moberly Quad. It was a difficult day for California, as they were without a couple of their best wrestlers due to injuries. As a result they, were defeated by Moberly 72-3, Boonville 48-18 and Palmyra 54-18.

The Lady Pintos then took a road trip to Chillicothe, where junior Camryn Wingate, sophomore Ivy Scroggins, and sophomore Sonya Grotjan represented California on Friday and Saturday in the Chillicothe Tournament. Scroggins was California's wrestler of the day and won a bronze medal with her third-place finish in the 155lb weight class. Along the way, Scroggins won against a district rival opponent from Marceline.

"We've been competing without the majority of our lineup, so it makes it tough to win duals against teams who have a full lineup, which is what happened at Moberly," Head Coach John Heimann said. "But the girls did a nice job at Chillicothe and Ivy had a nice day and that win against the girl from Marceline will definitely help her. All our girls got nice experience against great competition and we'll look to build on that." 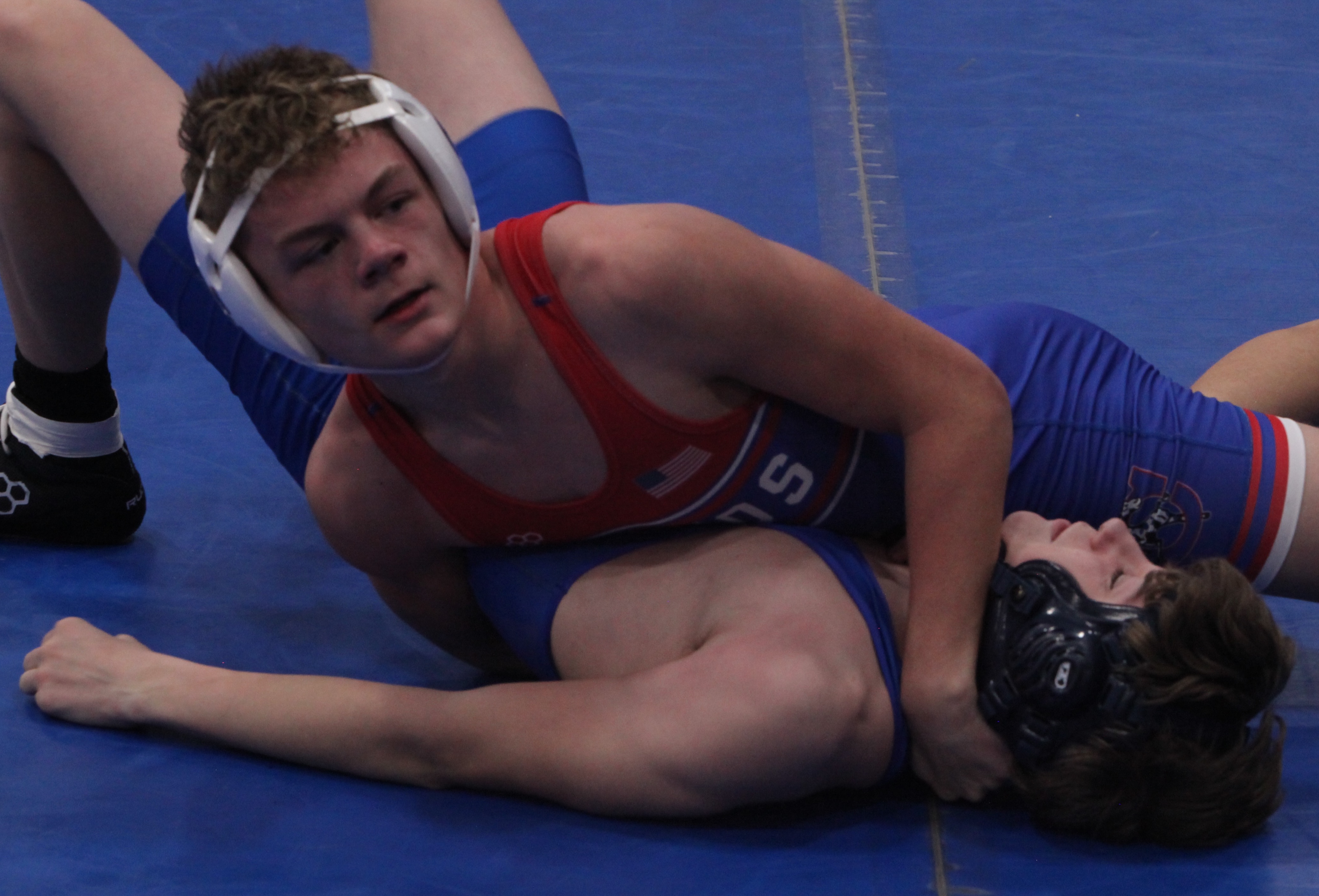 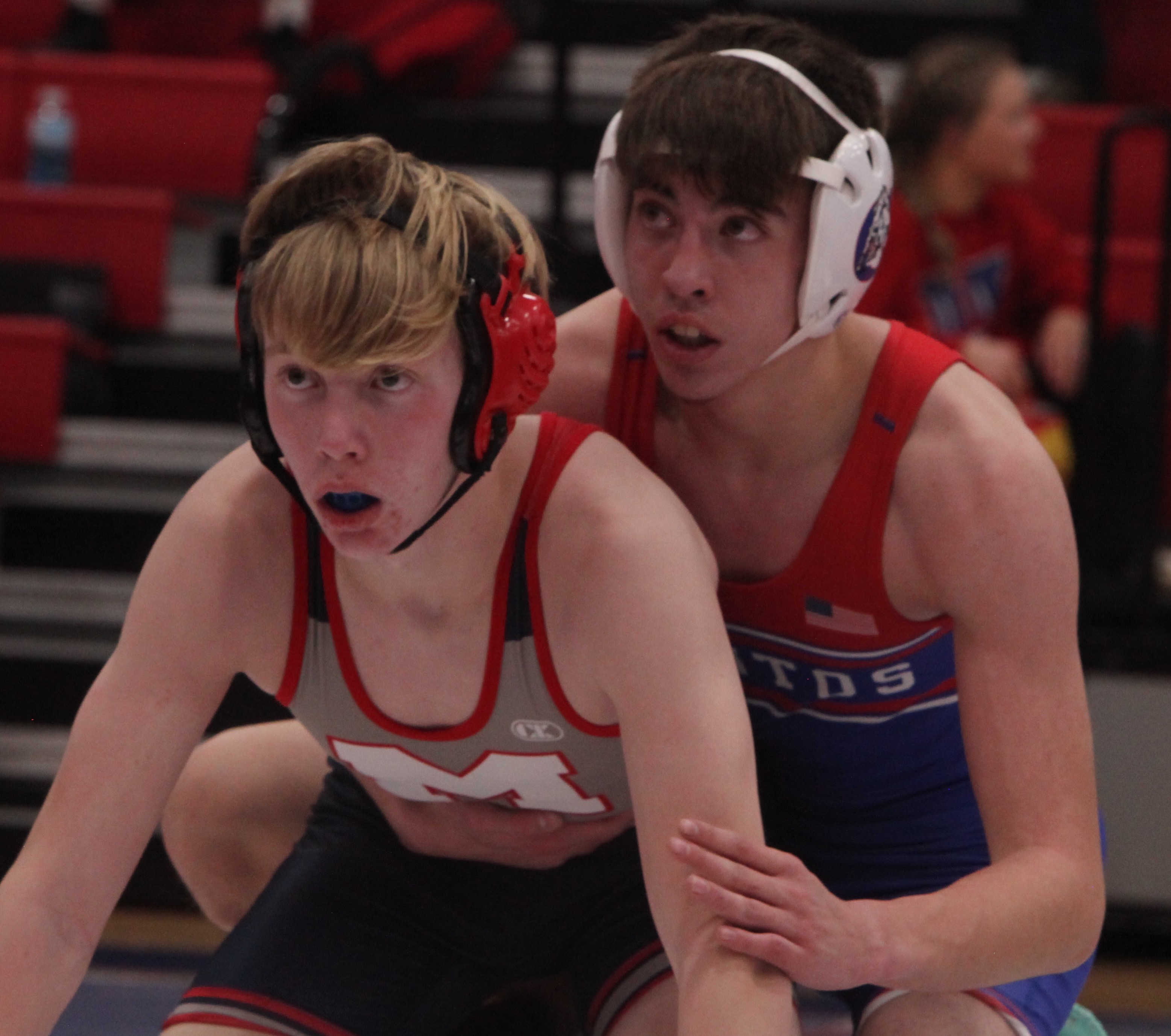 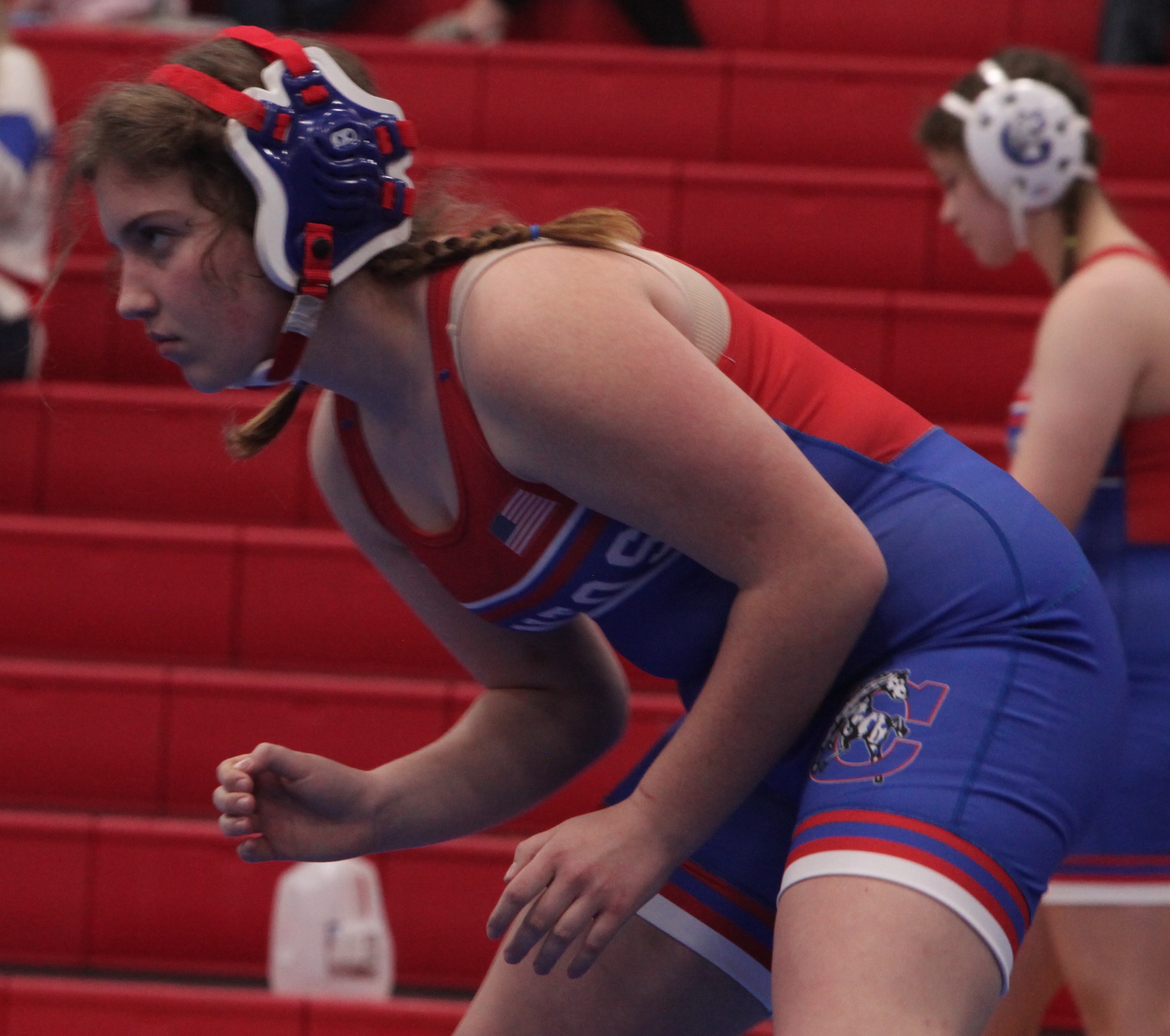 Sophomore Sonya Grotjan stares down her opponent from Boonville at the Moberly Quad. (Democrat photo/Evan Holmes) 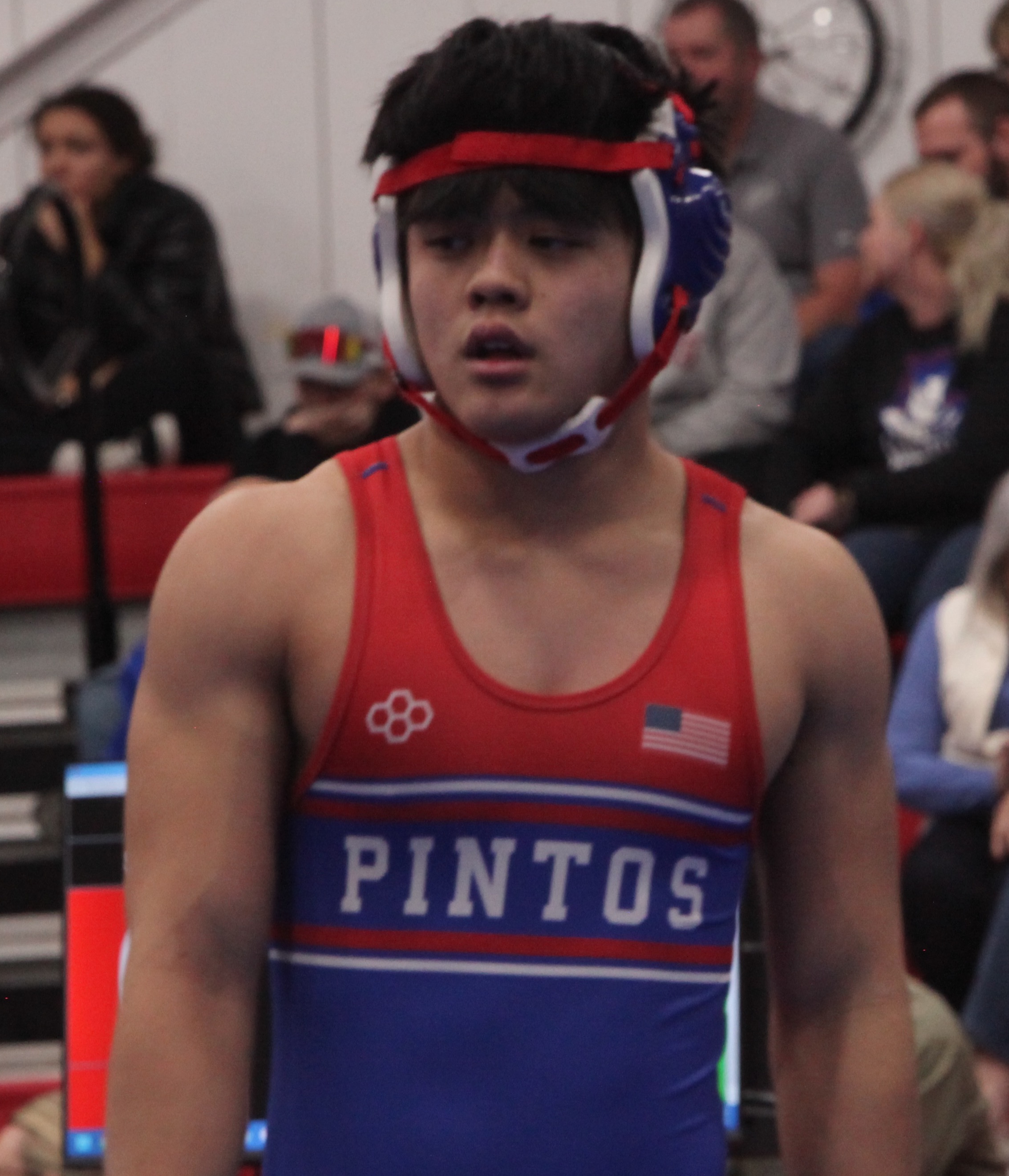 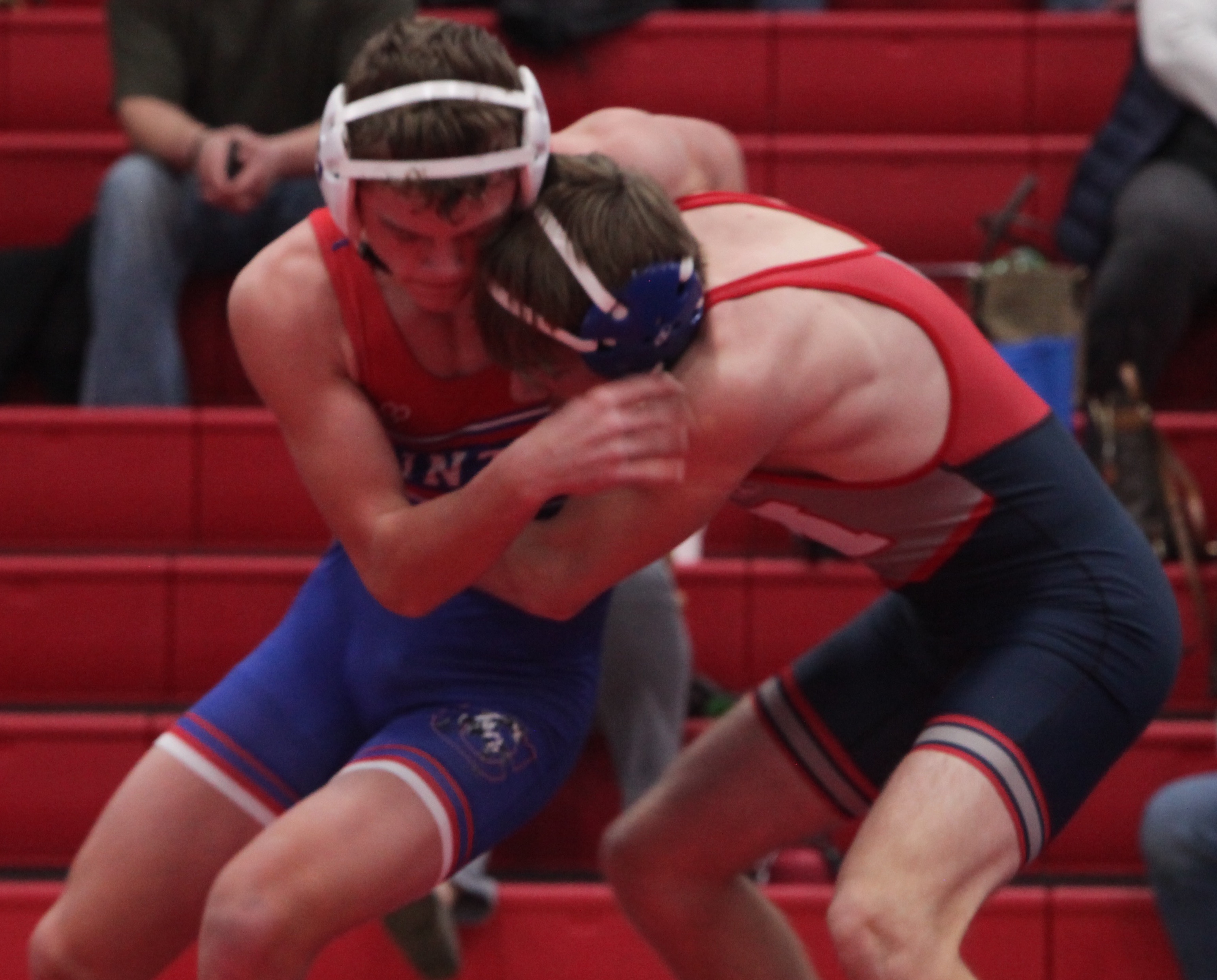