Pintos football looks back on season during banquet

After two months away from the football field, California Pintos football came back together Jan. 4 for their annual End of the Year banquet. Head Coach Seth Womack made a speech at the banquet to express his thankfulness and gratitude to everyone who made the 2022 season what it was.

The season did not go the way California hoped for at the start, as they lost five of their first six games, including a one-point loss to Southern Boone in the final minutes of week three. Many teams might've seen their season fall apart in that moment, but the 2022 California Pintos proved they were different. Storming back to win their next three games, California caught the attention of their peers and were considered one of the teams to beat in the district Class 2 District 2 playoffs. Although they would lose to St. Francis Borgia 28-21 in the first round of the playoffs, California had earned the respect of their high school football world. Womack said the perseverance the Pintos showed in the second half of the season is what makes California the program it hopes to be next fall.

"I think the biggest lesson we learned this season is perseverance. We had some low spots through the season, especially when we started the season 1-5. Our guys always found a way to keep pushing and because of that, we got better as the year went on and led to some great victories," Womack said. "Our season opener against Savannah was one of the most fun games I've coached in. We may not have won that game, but it was a great game that was back-and-forth with great energy from both the teams and the fans. The best win of the season was when we beat Hallsville on senior night. That was another close game and were able to pull out a win against a great program."

Womack had nothing but high praise for California's senior class all season long, and said their presence will be greatly missed next fall. However, Womack is hopeful the younger players California will have next year will step up to the challenges ahead of them and any experience the Pintos will get will come into play when it needs to.

"We're greatly going to miss the Class of 2023 next year. They were a tough gritty group that had a lot of fun and made each day fun," Womack said. "Next year, we will use our youth as best we can and come back a year older and stronger. We have a lot to be proud of and a lot to build on as we close the book to one season and prepare to open the book to a new one."

The Pintos will be back for a new season Aug. 25 in Willow Springs. 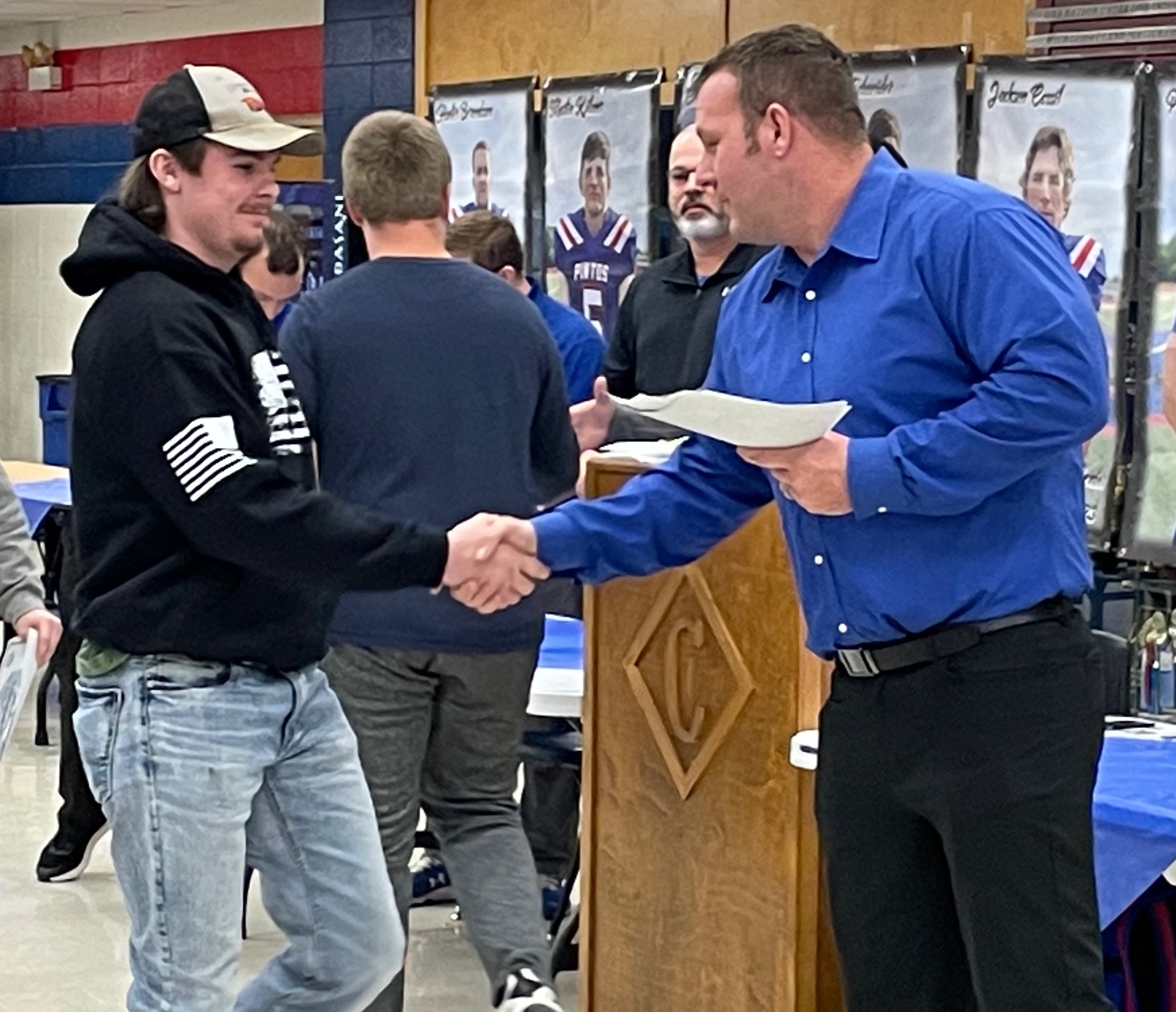 Print Headline: Pintos football looks back on season during banquet