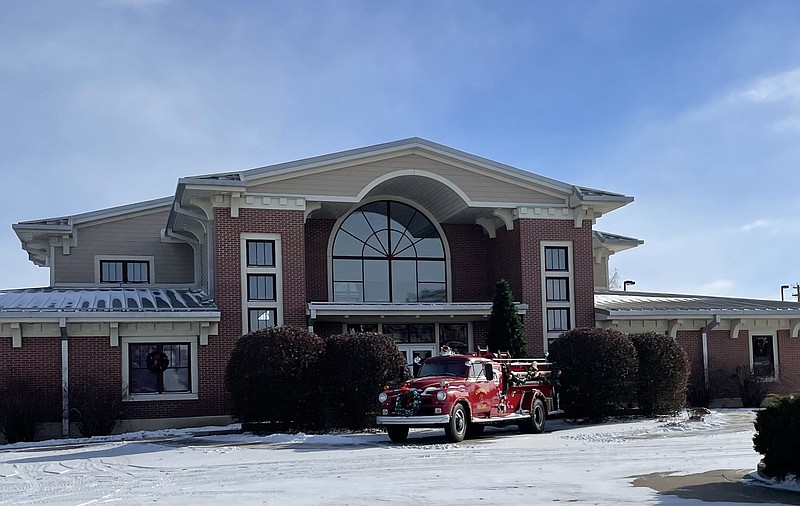 Two aldermen are campaigning to be California mayor, after incumbent mayor Rich Green announced he will not return for another term.

With City of California Mayor Rich Green announcing he will not be running for another term in office, two aldermen have stepped up to campaign for the role.

Candidate filing for General Municipal Elections closed on Dec. 27 with a host of candidates vying for positions in city government. Mike Staton filed for Ward 2 with no competition, Kim Robertson and Steve Hickman both refiled for Ward 1, and Ronnie Korte and Resa Dudley filed for Ward 3.

However, the mayoral race will be between California's current Ward 3 aldermen Lanny Ash and Conrad "Buck" Moody."

As a former employee of the California Electric Department, Ash emphasized how his time working for the city encouraged him to pursue a job on the council. He was elected to the board of aldermen in 2008 and is currently finishing his 12th year, serving under former mayors Carol Rackers and Norris Gerhart and current Mayor Rich Green.

Ash said his time with the board of aldermen and his leadership roles with local organizations, such as the United Church of Christ, have taught him how to work with others, how to understand them and how to be open to their suggestions.

Ash has been tied to California for much of his life. In a written statement to the Democrat, he said he completed the Missouri Association of Municipal Utilities Apprenticeship Lineman Program offered by the city, which led to his 24-year career as an electrical lineman, five of which he spent with California. If elected, Ash said he would place a major focus on the careers of city workers.

By contrast, Moody decided to run for mayor after he found only one name listed on the ballot.

"I'm running because I do not advocate unopposed elections," Moody told the Democrat. "I thought that if I ran, then I would be able to bring forth a discussion on issues concerning the city of California."

Moody said he would like to highlight what California needs to do to increase revenue within the city.

"California is no longer a little sleepy community setting in the middle of Missouri. It can be, it should be and I think is, at the present time, a very vibrant community with a lot of prospects for the future," Moody said. "But to ensure that future, we've got to make sure that we maximize our revenue for the city, make sure our revenues are spent in a responsible manner and make sure that we develop a budget that is consistent with the population of California."

Moody said he has 24 years of experience working with the military and more than 40 years experience in supervision and management. He said his job in the U.S. Air Force was as an operation superintendent, where he managed more than 200 staff members as well as a multimillion-dollar budget of equipment and resources. His most recent civilian position was as a program manager for the Missouri Department of Health and Senior Services. He said his background in supervision and management will help qualify him to settle into the mayor's position, performing an effective job for the city.

Ash and Moody have disagreed on issues regarding the use of social media, the internet and transparency in city government. In past aldermen meetings the issue of meeting information, such as agenda or official minutes, being placed on the city website or Facebook has been discussed. Moody believes public information should be easily accessible to the residents through whatever means are available while Ash sees being physically open and approachable to citizens' questions as the more appropriate course of action.

California City Clerk Blake Howard explained city elections are staggered. One of the aldermen from each of the three wards is up for election every year. While an alderman finishes their two-year term, the other one is finishing the first year of a two-year term.

Ash's term as alderman is currently up. If he were to be voted into office either Korte or Dudley would take his place. However, if Moody were to win the position, he would appoint an alderman into the role for Ward 3, completing his term.

Korte and Dudley are currently the only two in this year's election that are in a contested race. They have similar reasons for running, however.

Korte said she chose to run for alderman because she wants to address the issues that matter most to Ward 3 and all its residents.

"I have always been passionate about being involved in different organizations and I would like to have the opportunity to help make a positive impact in our city," Korte said in a statement to the Democrat. "It is important to me that California grows, but also that we maintain the small town we all love. I believe we need to be fiscally responsible. I intend to do that by being a good steward of the taxpayers' dollars."

She said she spent 20-plus years working as the operations manager of Hogan Transport in California and served as a part of multiple local organizations in various roles such as the president of Project Graduation, the treasurer of the Friends of Music, a volunteer with California Progress Inc., and the president of the Finke Theatre.

"I have years of experience working with different people and I am willing to listen to a variety of perspectives to achieve a common goal," Korte said.

After eight years on the City of California Board of Aldermen, Dudley has decided to return for this year's election.

Although she resigned a month before last year's municipal election, she said she should have never left and has become motivated once again to join the city government.

Dudley said she decided to run because she believes the city needs someone with experience in the role. Considering her history with the council, she is looking to get back up to speed with what has occurred in her absence.

Of her priorities entering the race, Dudley said the city's budget is an aspect she's interested in keeping up with.

"Our budget is one thing. I have the existing budget working hard on getting up to speed on exactly what has changed. Because when (former mayor) Norris Gerhart and I left there, the city wasn't broke. And I keep hearing people say the city is broke, and it isn't. I cannot believe that. So I need to look at what has changed, what's going on. So the budget is a top priority," Dudley said. "Which leads me to my second priority, which is transparency in city government. The residents are owed that. So the budget process is just beginning. I think meetings ought to be posted and shared and people need to hear what's going on and how money's been allocated and where. So and just transparency in general."

Dudley said when someone has to make a legal request under the Sunshine Law to gain access to the city agenda and meeting minutes that's a problem, a concern she shares with Moody. If elected, it will be her top priority to attend to those issues as alderwoman.

On the other end of the spectrum is Mike Staton, who is running unopposed for Ward 2 alderman. He said he is blessed to have been involved in the California community as well as various organizations throughout the years.

As his children finally leave home for a life on their own, Staton said the timing was right for finally pursuing a career in city government.

"My priorities from day one will be to get in and get acclimated and brought up to speed as soon as possible. To do my part of helping to make sure that this is the best little community there to live and work and raise a family in," Staton said. "I don't have any issues or a personal agenda or anything. I just want to do my part to serve this community. I'm a servant first. I just want to get in and get started. I'm looking forward to it."

Staton is a real estate agent with and the owner of the Staton Group of Keller Williams Realty. He has worked with local organizations such as California Progress Inc., the California Lions Club, the Aurora Alumni Foundation and the California Alumni Association and is currently the board president for the Moniteau County Library.

Kim Robertson and Steve Hickman have both refiled for their positions in Ward 1. Both wish to continue serving on the board of aldermen and have no competition for their roles on the city council.

Robertson finished out the year term for former alderwoman Lorrie Grimes after her resignation from the board.