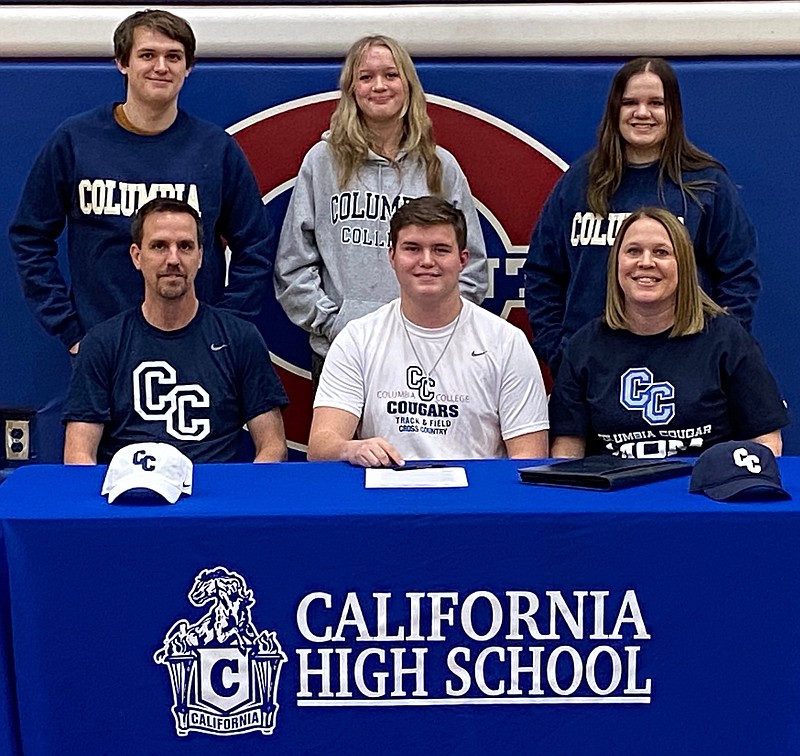 Another Pinto signed their intent to continue their athletic career after graduating from high school.

While Booth began his career in track and field as a long-distance runner in middle school, he decided to shift to throwing events when he became a freshman. His high school career hit rough waters right from the start when the COVID-19 pandemic canceled part of it. Booth would later tear his medial collateral ligament his sophomore season and was unable to throw at all.

Arriving back for his junior year after his knee healed, he got off to a slow start throwing the shot put. However, things greatly changed at the Tri-County Conference Meet, where Booth threw 12.5 meters at the conference shot put competition and landed himself an offer from Columbia College and their head coach, Brennan Cape.

"While I was throwing, I hadn't really been doing great up until towards the end of the season. Once I got to the conference meet, that shot put throw that I threw to beat my previous record by one meter, it was a big accomplishment for me," Booth said.

Booth also said that what drew him to sign with Columbia College was its high-quality track and field program. The program itself has had several throwers that have gone into the NAIA championships at the end of its spring season. Booth has not yet decided what events he will participate in for the Cougars because there are more throwing events to chose from at the college level. 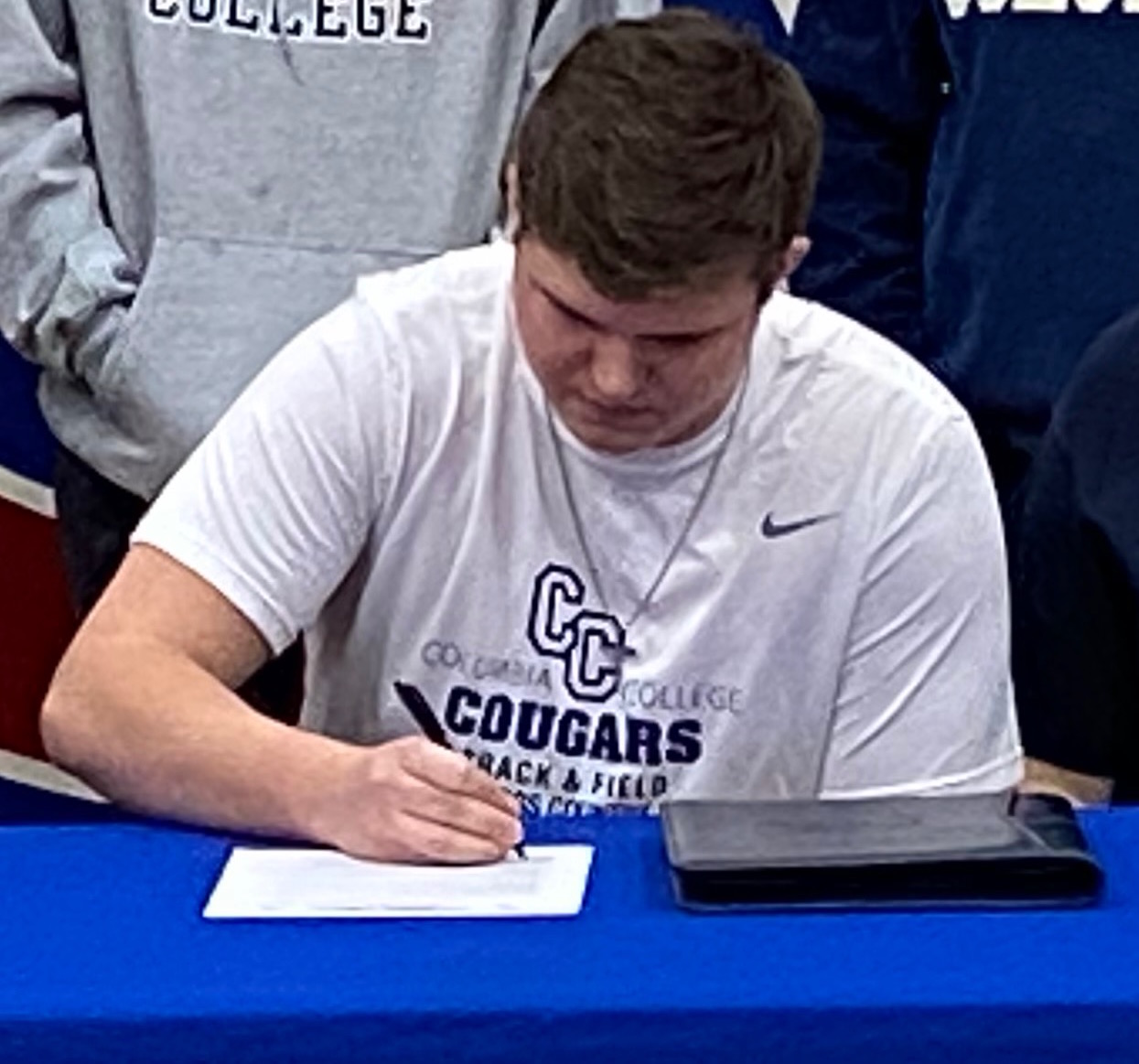 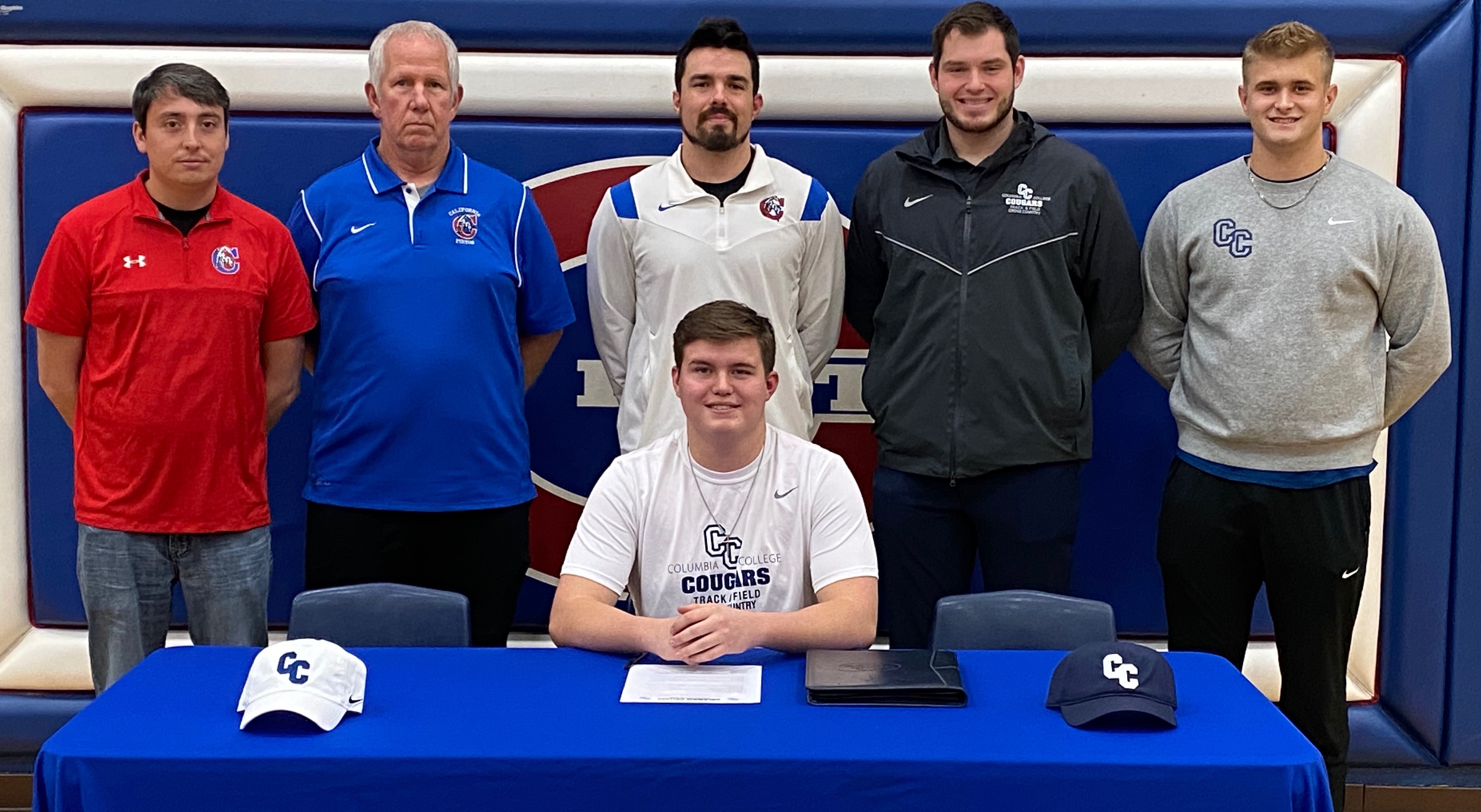 Griffin Booth with both his high school and future college coaches at his signing ceremony. (Democrat photo/Evan Holmes)