California board decision based on equitability, potential for abuse by Garrett Fuller | January 25, 2023 at 4:00 a.m. 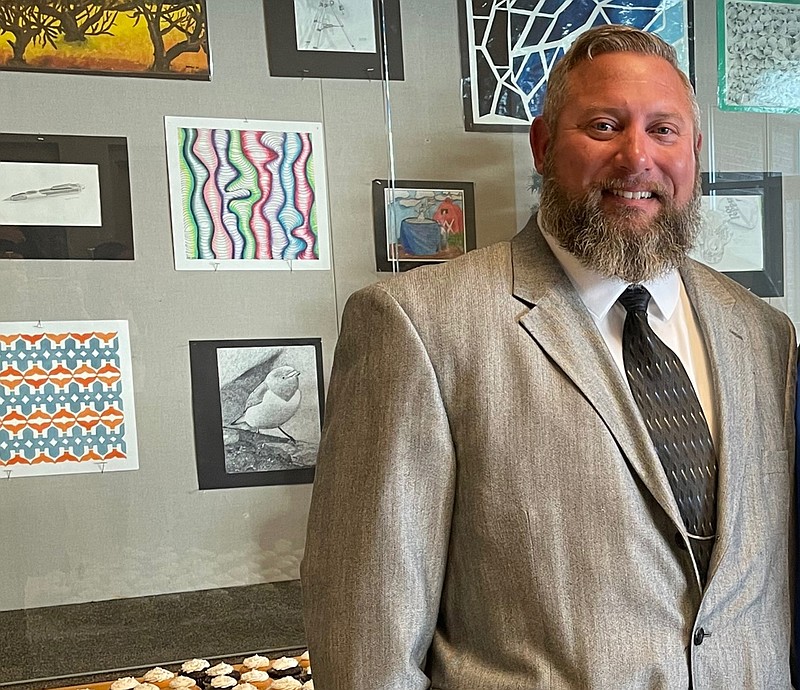 Home-school students remain ineligible to participate in many school activities after the California R-I Board of Education voted down amendments to its policies at its December meeting.

Board members voted against amending policy IGCE-1, among others, to include home-schooling as a non-traditional instruction method after further discussion in a closed session at its Dec. 14 meeting. The decision renders home-school students ineligible for MSHSAA-sanctioned activities, such as sporting events, and band or choir competitions. During the open session portion of the meeting, the board engaged in an hour-long discussion on the topic where both sides weighed in.

Superintendent Daniel Williams said the board came to its decision on the basis of equitability and not wanting to open the policy up to abuse.

For instance, he pointed to the differing standards such a policy change would create for home-school and traditional students in regards to attendance.

Academics was the primary hurdle for the board, since home-school records could be falsified by parents and/or children to abuse the policy. Williams said there is no oversight for home-schooling in Missouri, and home-schooling parents are not required to submit records. MSHSAA by-laws state participants in MSHSAA-sanctioned events must pass at least 80 percent of their courses (or six of their seven courses in a seven-period day) to be eligible for participation, with non-traditional students required to attend at least two courses (or one credit hour) in-seat at the school. There are no requirements for the types of classes taken in-person. Without the ability to verify the home-school student's academic performance in courses taken at home, the district would be unable to determine if a student would be eligible under the MSHSAA rules.

Williams also said there were concerns surrounding possible conflicts with parents of traditional students who were cut during tryouts for some sports.

"If you're a parent of a student who comes eight hours a day, and your child is cut from the team (to make room for) a home-school kid that's attending, how would you feel as a parent that (your) child was cut from the team (when) this other child only has to come to school two hours a day and it's in weightlifting and (physical education)?" Williams rhetorically asked, referring to a hypothetical board President Derek VanLoo mentioned at the December meeting. "There would be an equal amount, or more, of an aggressive stance from those folks as what we had from home-school parents."

"... we could have a student that enrolled as a freshman in weightlifting and PE, and they enrolled in weightlifting and PE every year, every semester, for four years," he said. "That child could end up being the starting quarterback, be a Division I recruit, not have a high school diploma from California R-I, and potentially not even be able to read or write. Whose egg would the face be on if that happened?

There are options for home-school parents, however, Williams said. One option would be to enroll their child into a virtual school using Missouri Course Access and Virtual School Program (MOCAP) through the district.

Unlike home-school, MOCAP is a virtual school where a student's grades, assessments and other data are officially recorded by the provider. Williams said many MOCAP vendors use webcams and timers to prevent students from cheating during assessments.

However, the MOCAP curriculum is standardized by the state. According to the MOCAP website, the "Missouri Department of Elementary and Secondary Education (DESE) and the State Board of Education oversee administration and quality assurance activities such as related content and delivery of courses."

For home-schooling parents like Holly Bieri, who informed the Democrat of the board's final decision and was in attendance at the December meeting, MOCAP courses are not a valid alternative.

"For homeschool parents such as myself this is not a favorable option because parents lose control over content of what their child is being taught and how their child is being presented with the information," Bieri wrote in an email to the Democrat. "I think this option is more useful for children who cannot attend school in person for one reason or another ... when the parent/guardian has (no interest in) homeschooling."

She also said districts receive funding for students enrolled in MOCAP courses in their district, even if they are not taking in-seat courses.

Another option, Williams said, is to participate with other teams, such as recreation leagues or traveling teams. Leslie Scheidt, parks and recreation supervisor for the City of California, said the age limit for local recreation leagues vary. Children can participate in flag football, volleyball and basketball until sixth grade, whereas the limit for baseball and softball is eighth grade, and ninth grade for soccer.

Bieri said traveling teams are not the same as other alternatives, such as school-sponsored sports.

"Traveling teams may still be an option for those children depending on the sport," she wrote. "However traveling teams are very expensive and take a tremendous time commitment so many families are unable to make that option work."

Bieri said some home-school cooperatives in larger cities have their own teams, but no such team exists locally.

Outside athletics, Williams said there is a "plethora" of non-MSHSAA-sanctioned activities in the district that home-school students can participate in.

One example Williams used was marching band. While a home-school student couldn't participate in marching band competitions (as they are MSHSAA-sanctioned), they could still perform at sporting events and school activities.

Bieri said the board's decision not only limits the athletic opportunities for home-school students, but also limits their ability to participate with peers.

"The homeschool children in our community have grown up playing sports with the same children for several years," she wrote. "They develop strong relationships with those peers and look forward to continuing their athletic opportunities with their friends."

Despite the alternatives, Bieri is disappointed in the board's action.

"I am just disappointed that our school board decided to take a policy that had been in place and completely deleted it to restrict homeschool children from participating in athletic activities (especially after telling us at the beginning of the meeting that more than likely they would not vote on the matter that night,)" she wrote. "They already had a policy and procedures in place to allow homeschool participation with adequate requirements to provide grades and attendance. ... Even though my husband and I have decided to homeschool our children at this time, we are still taxpayers in the California R-1 School District. The California R-1 Board of Education members are not only put in place to advocate for the best interest of the students receiving education within their schools, but their job is also to advocate for all children within the district. I don't believe they did that in (regard) to this issue."

Williams said the board's judgment wasn't on the home-schooling parents present at the meeting, but rather thinking ahead and determining whether such amendments would open the policy up for abuse.

"Never, in my mind, was this about the parents who were in the room, because (they're) great parents," he said. "But, unfortunately, that is not all we have to worry about as a district. We have to worry about creating a policy that will allow the abuse of a policy. Because, unfortunately, there are people out there in the world that would take advantage of something like that, where it's 'We can produce anything you want.' ... I think that's the concern. It's not saying that parent wouldn't be honest in creating one, but how do we guarantee that all parents would be?"