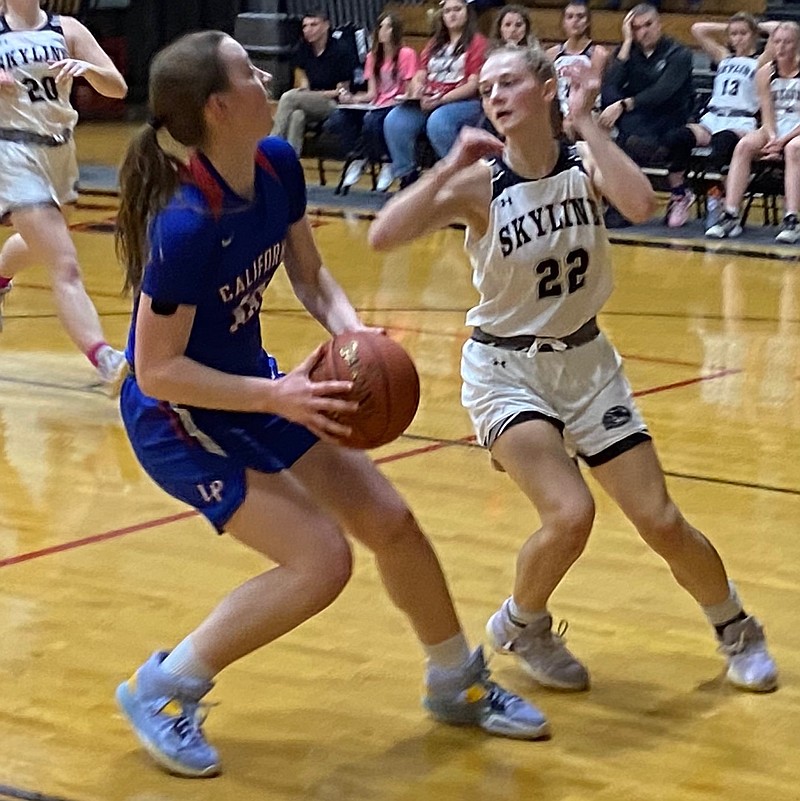 California Lady Pintos basketball hit the road again Thursday night for their annual contest against the Skyline Lady Tigers, a team that had won a staggering 24 district championships and a state championship since 1980. The Lady Pintos made a statement against the Lady Tigers with a suffocating zone defense and a barrage of rebounding that proved difficult for Skyline to match. With the help of their supporting cast and the energy from a third-quarter buzzer beater, California defeated Skyline 52-40 for their eighth-consecutive victory.

In the first half, the Lady Pintos took early control with the help of defensive breakdowns by Skyline. Sophomore guard Hailey Rademan and junior forward Isabelle Rohrbach each hit a three-pointer from the corner to get California off and running. The rest of the first half saw California attack the glass and out-rebound the Lady Tigers for extra shots. With six offensive rebounds and ten second-chance points in the first half, California began to frustrate Skyline and led by as much as 12 points.

Defensively, the main concern to California was Skyline's scoring duo of sophomores Ashlen Garrett and Kenzi Cheek. While Cheek struggled to get her game off the ground, Garrett put the Lady Tigers on her back and scored 14 first-half points. However, California's zone defense made things difficult for Skyline as they struggled to get good shots. With their defense doing its job, California led at halftime 30-18.

When the second half began, California hoped to continue to control the game and try to put Skyline away early. However, the Lady Tigers were determined to not let the game get away from them. Coming away with stops or steals on California's first seven possessions of the half, Skyline drew back into the game with their defense and the continued scoring of Garrett. All of a sudden, California's lead was down to 32-31 and the Lady Tigers were now the ones frustrating California.

Skyline was in the position of stealing the lead with their 13-2 run to start the second half. However, things were about to take a dramatic swing in the final seconds of the third quarter. With eight seconds left, Friedrich came up with a steal and pushed the ball up the court for California. Friedrich penetrated to the basket and, at the last second, found senior guard Alayna Butts in the left corner. Butts knocked down a three-pointer at the buzzer to send the California section of the crowd into a frenzy. Butts' only field goal of the game was a big shot for California, returning the momentum of the game back to their side.

"That was a senior shot and it was a gutsy shot late in the clock. I'm glad the ball found her and I'm glad she was able to knock it down after she got into rhythm. She did what someone like her should do and that's knock it down. For her to be able to have the composure and knock down a shot like that was what we needed," Head Coach Bobby Sangster said.

For Skyline, Garrett had 28 points on 10-21 from the field, along with six steals and four rebounds.

The win was gratifying for Sangster, as it was the first time he emerged victorious against Skyline in a road game. The game was not a perfect one for Sangster's crew, but it was a game where players had to step up and multiple did.

"I think we were frustrating to them, but they were plenty frustrating for us tonight as well. They're a great program and you've got to find a way to beat them. Coming down here is always a challenge, but I'm super proud of our girls being able to come down here and get the win," Sangster said. "It's also the first time in my career that I've been able to walk away from here victorious at the varsity level. I've taken a lot of kickings in this gym and they've made a lot of Lady Pintos teams very frustrated. So I'm proud of the win and it was pretty special for us to do it here."

The Lady Pintos now have a season-high, eight-game winning streak as they make their way to the Hermann Tournament this week. However, Sangster said California can't afford to dwell on their successes of the past, as this winning streak is not their ultimate goal. Sangster said the Lady Pintos need to put their best foot forward every game and keep raising their level of play, for it will be needed more and more as the season enters its second half.

"If we sit back and be proud of what we've done, then our season is over. We've got a great opponent coming up in New Haven on Monday, which is a team I've never faced in my career. It's a great opportunity to see what their style is and how they play. We're going to come back in Sunday at practice, put our works boots on and go play them. Because they're going to give us their best shot," Sangster said. "To me, the winning streak means more to our opponents than it does to us. Because every time we win, it gives them more fuel. We've got to ignore what we've done and we've got to work that much harder to keep it going."

The Lady Pintos played Monday night against New Haven in the opening round of the Hermann Tournament. 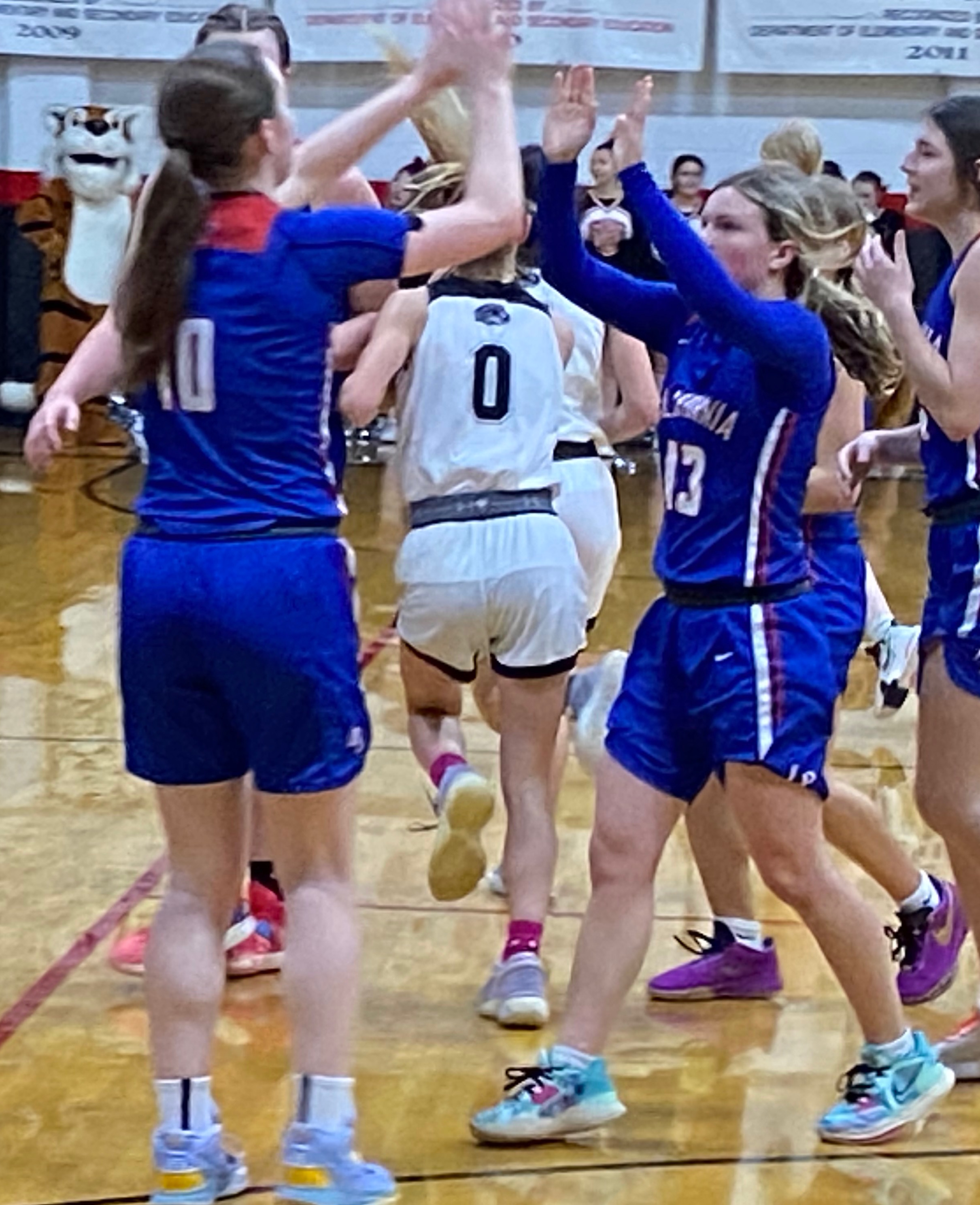 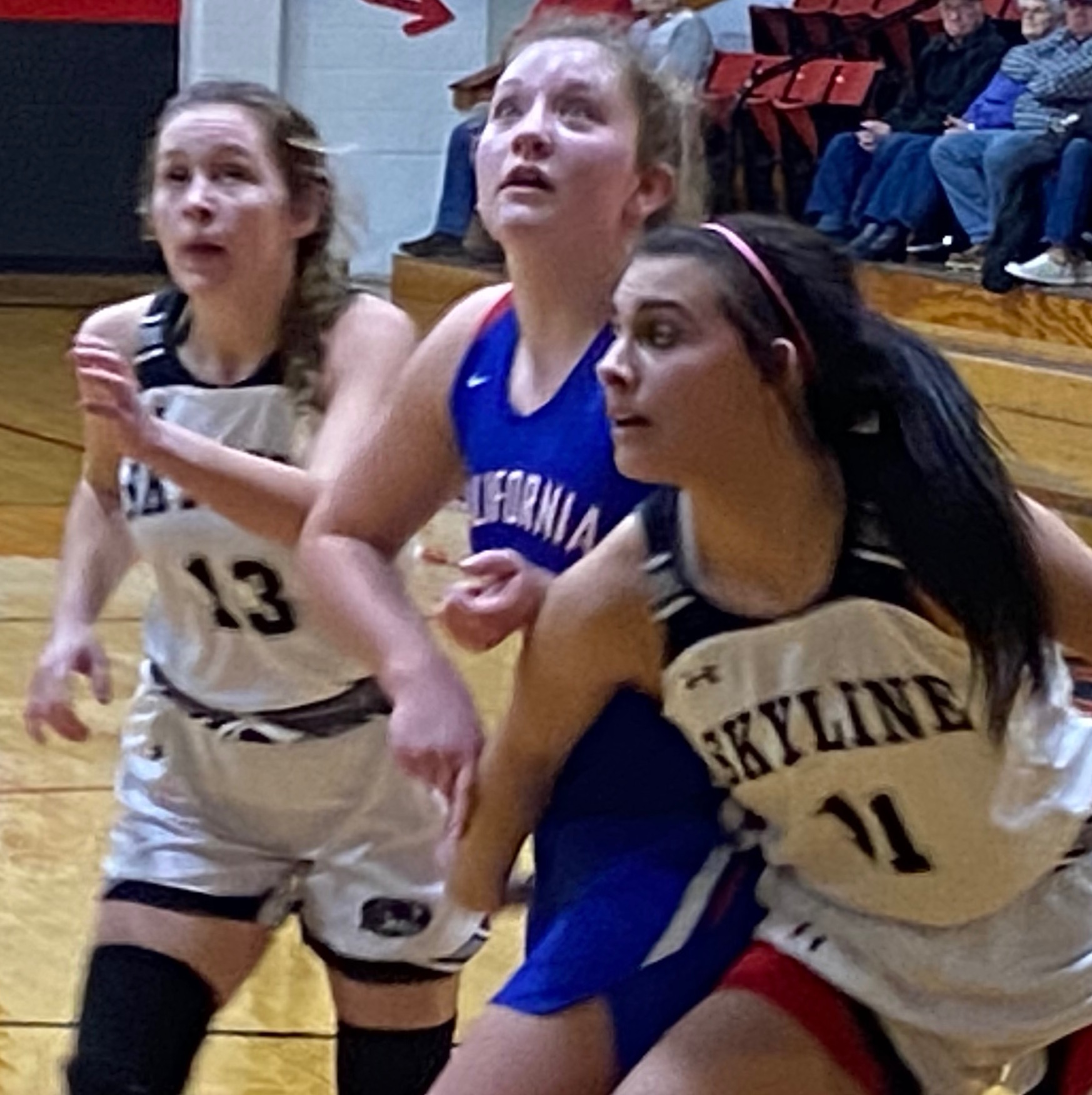 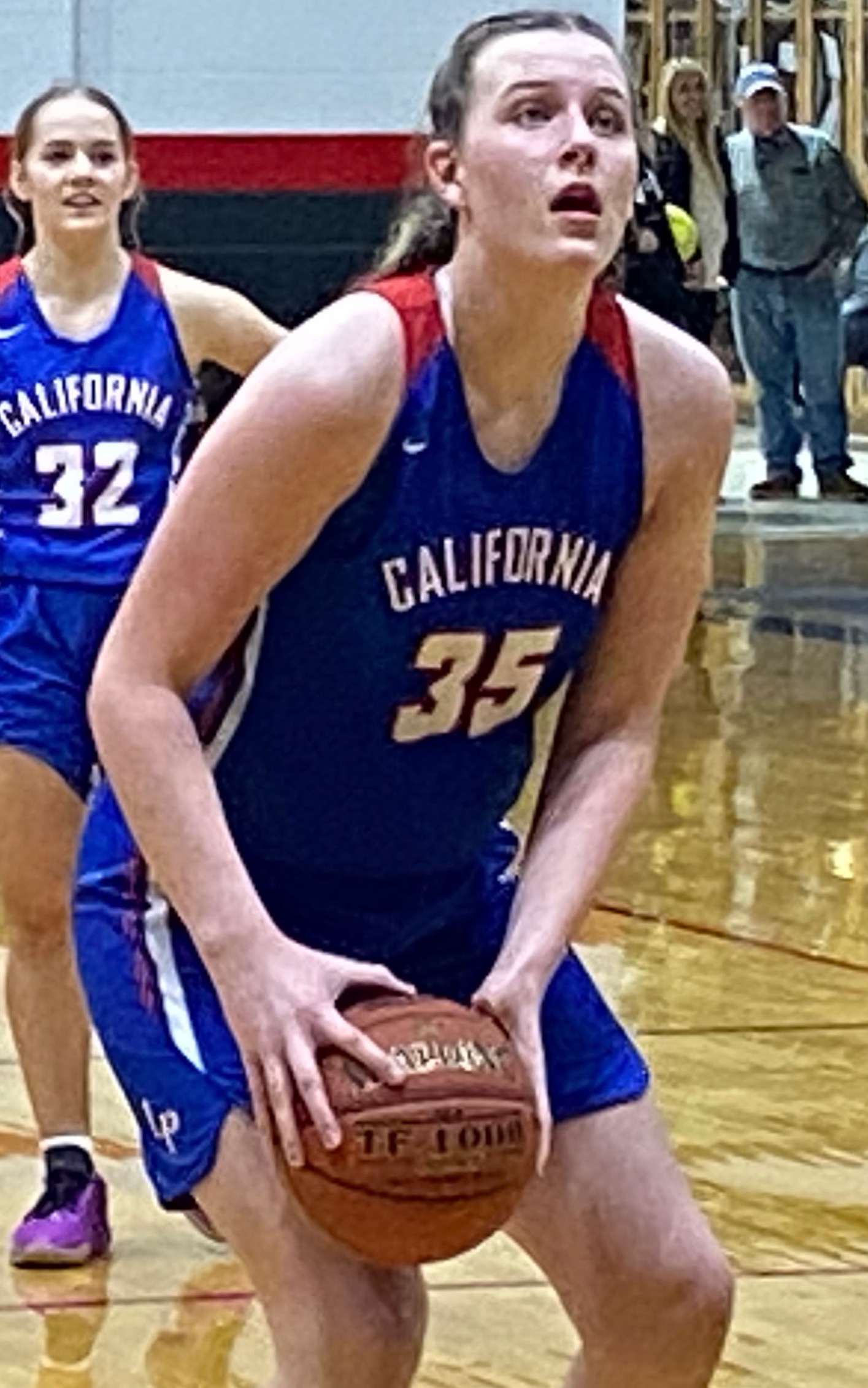 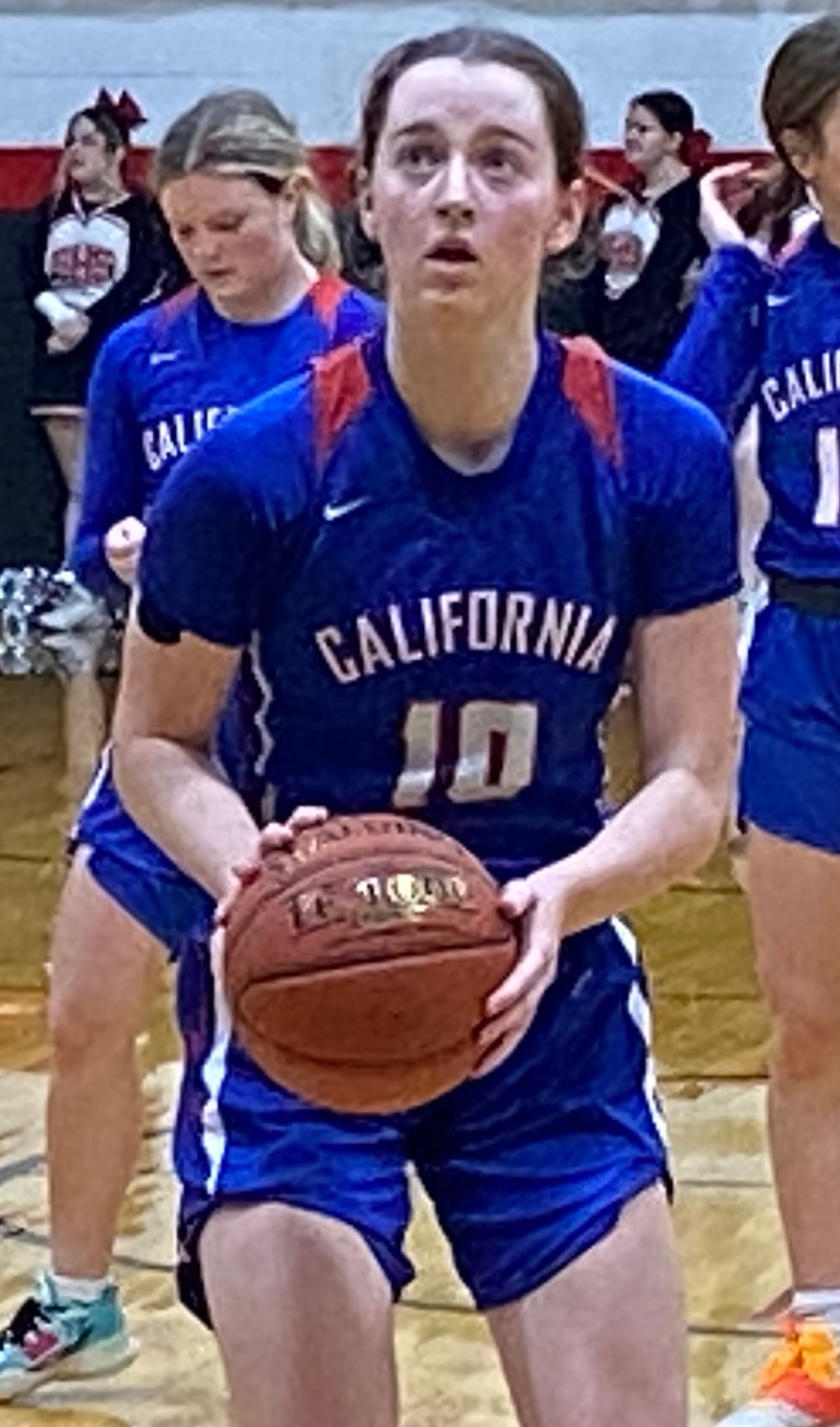 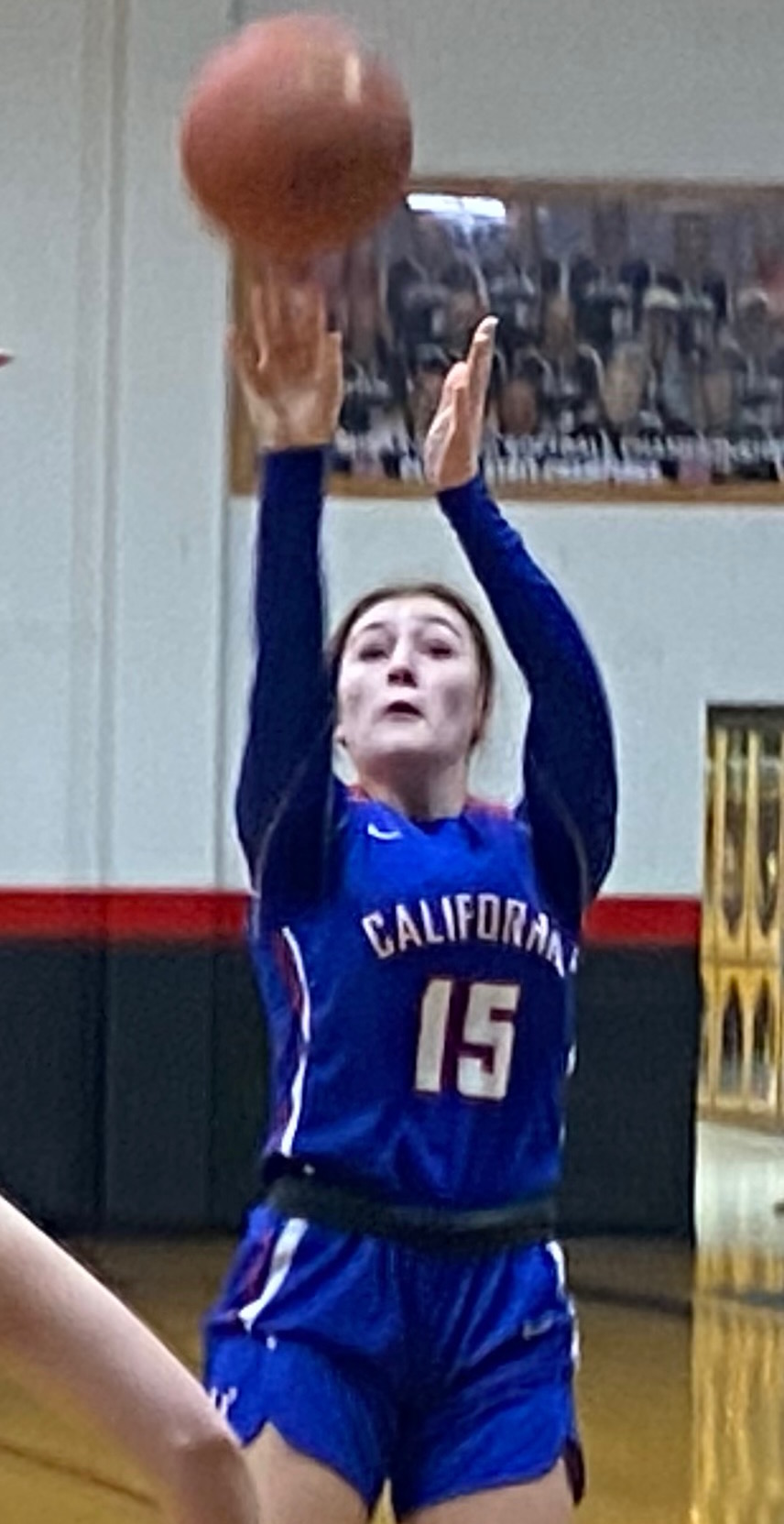 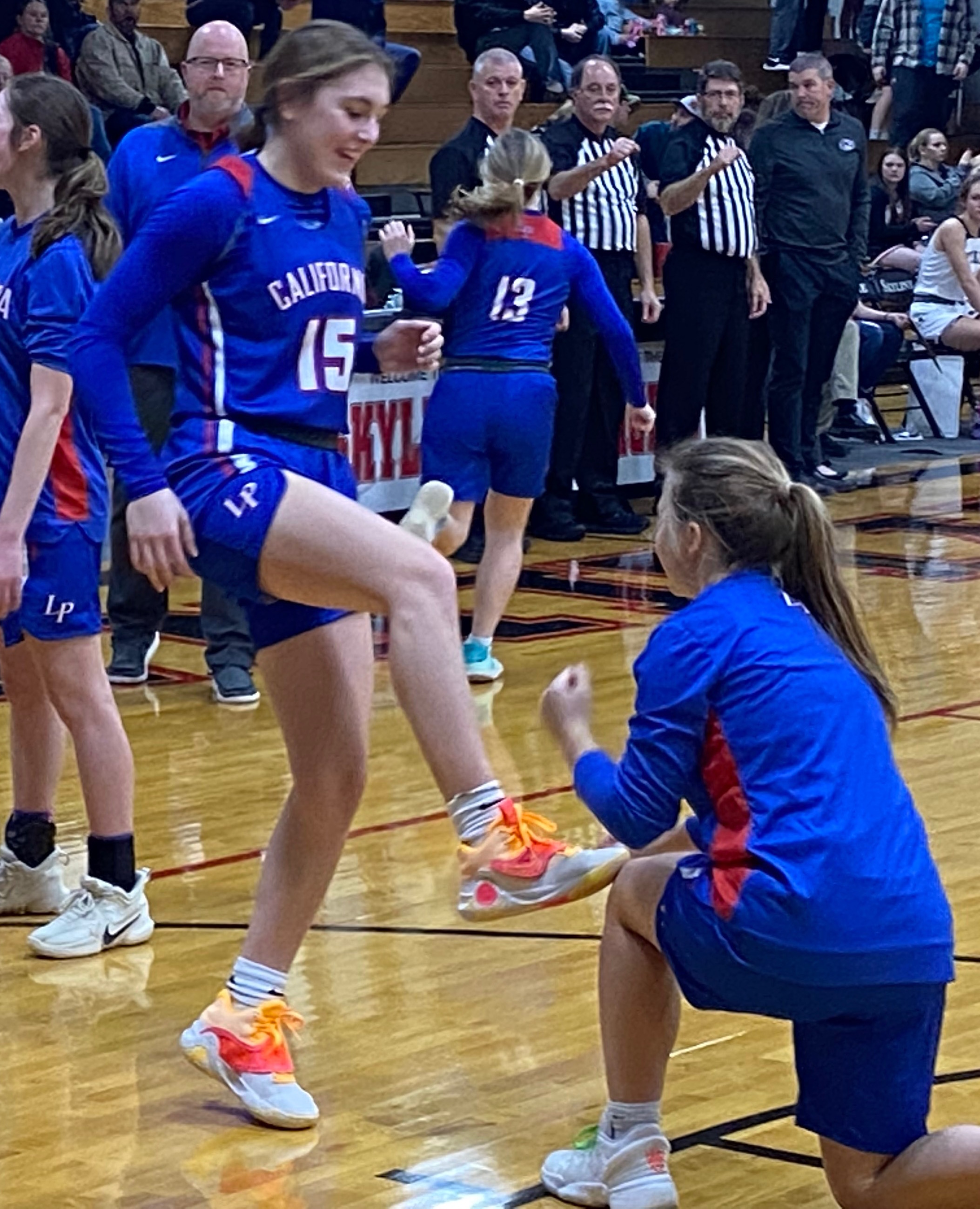 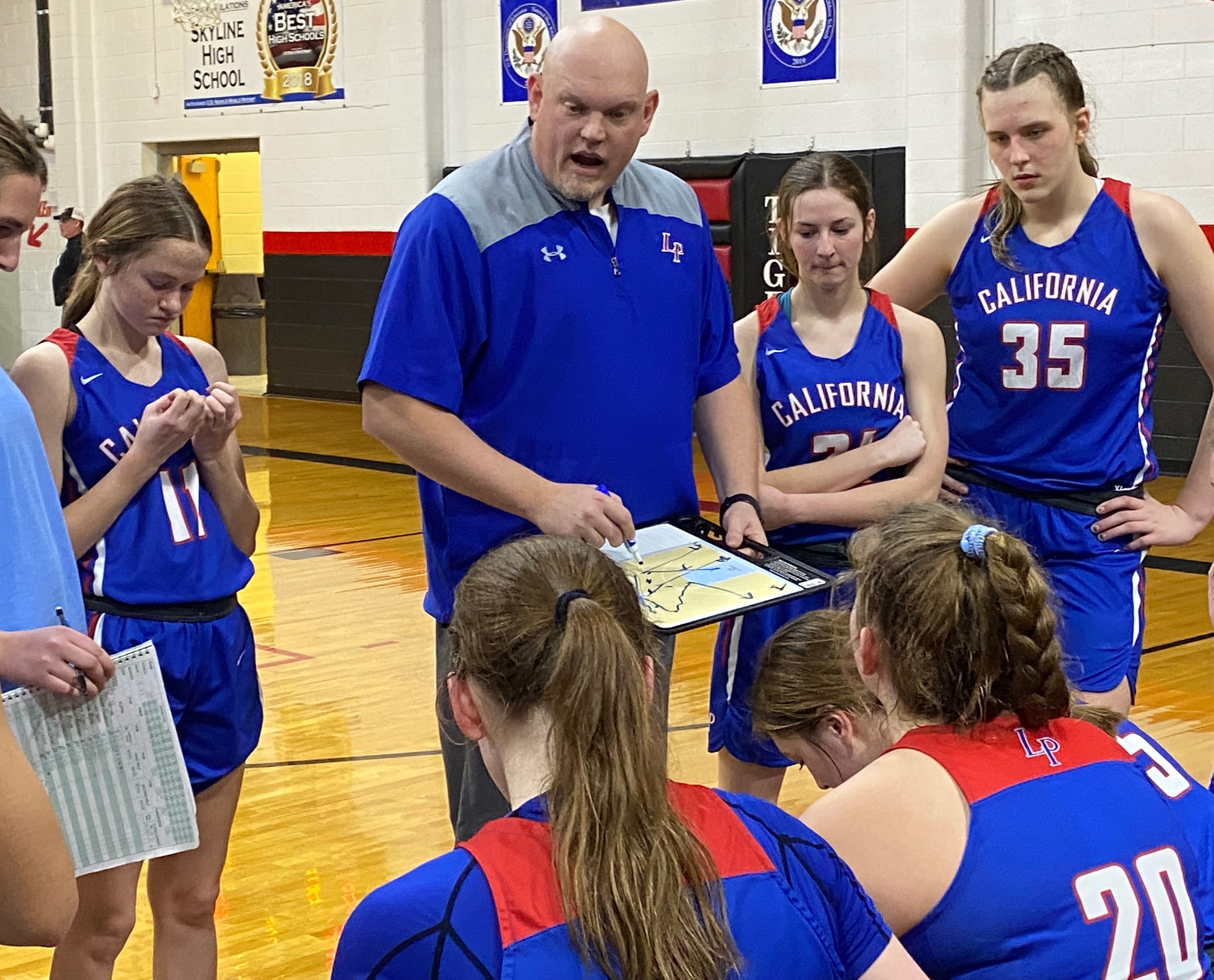 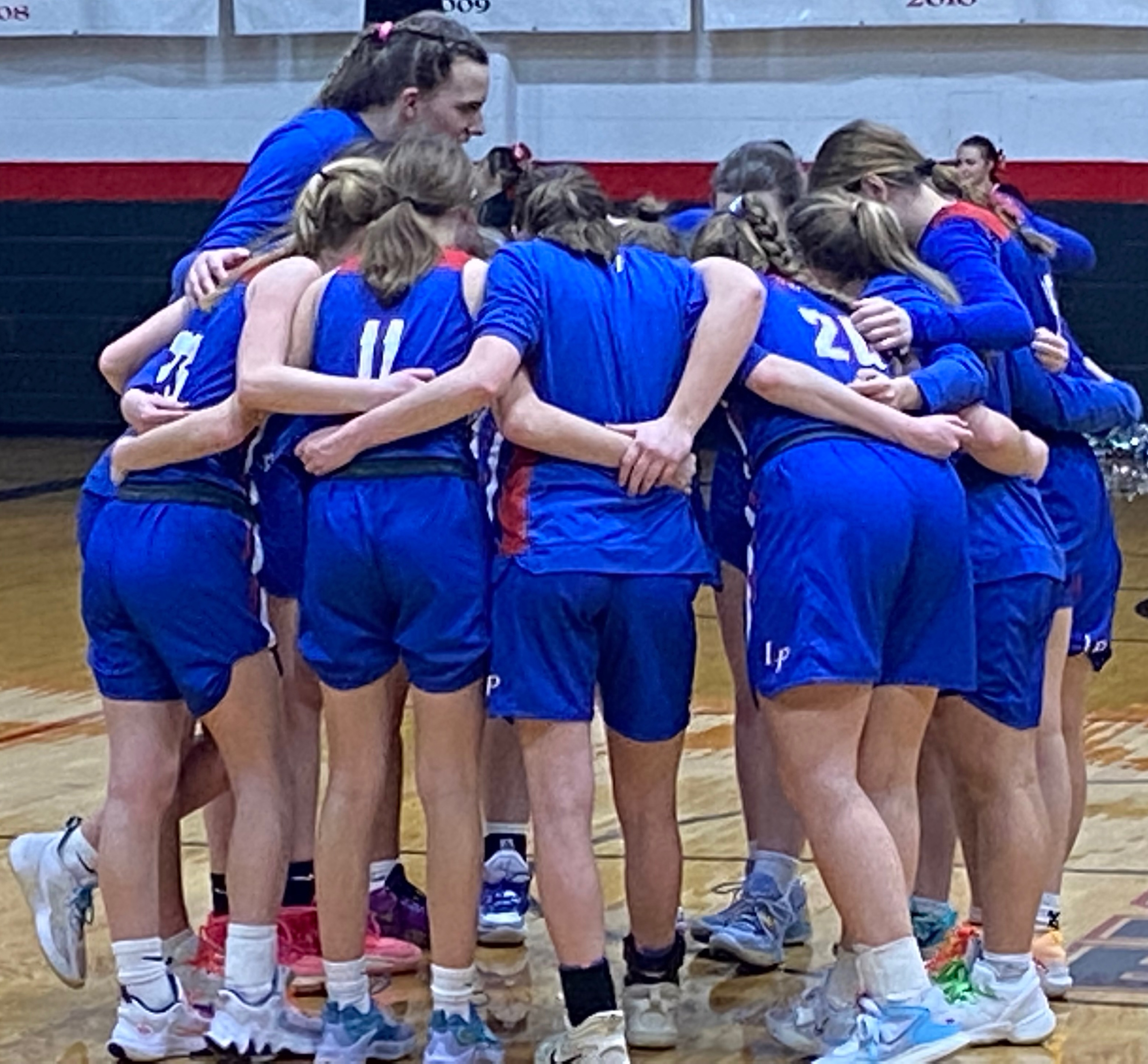