Russellville Indians unable to keep up with Eugene Eagles 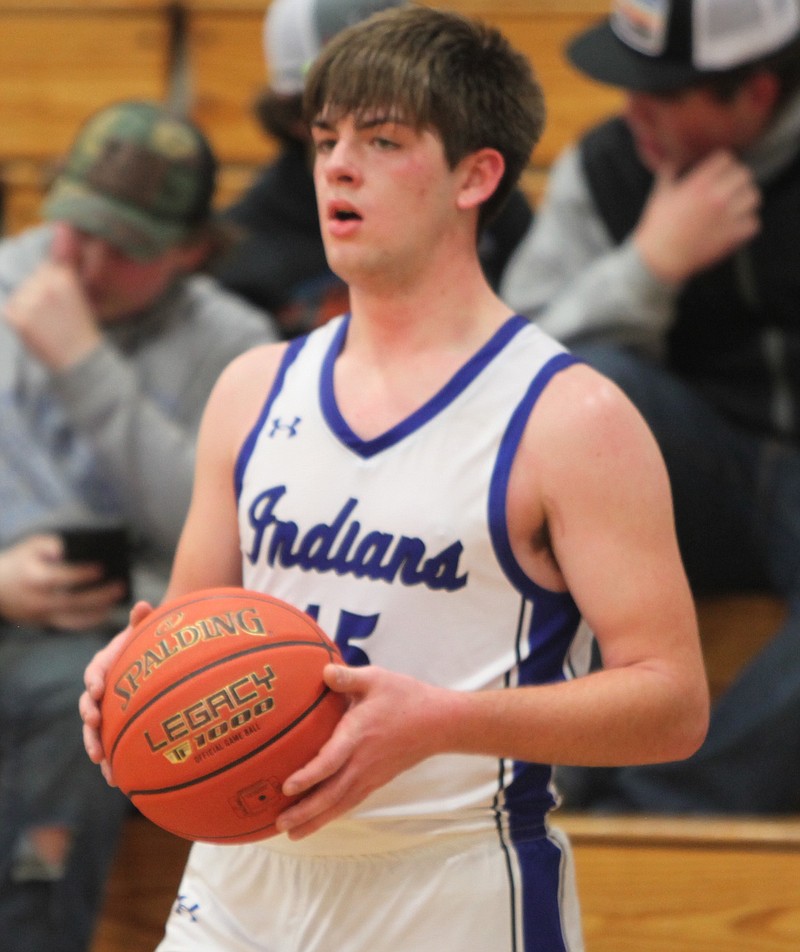 Senior guard Jesse Daniel exploded for 21 points and made all 10 of his free throws in Russellville's 85-76 loss to Eugene on Jan. 17. (Democrat photo/Evan Holmes)

The Russellville Indians' season had ups and downs going into their Jan. 17 rivalry game against the Eugene Eagles. The Eagles had won 11-straight games against the Indians dating back to 2013 and Russellville looked to break the streak. Although they were the underdog team, Russellville kept the contest close and built a ten-point lead in the first half. However, the Eagles came back and took control of the game in the fourth quarter to hand Russellville a difficult 85-76 loss to their conference rival.

However, the Indians were not deterred. Led by senior forwards Chris Seaver and Charlie Miller, Russellville stayed within striking distance and were only down by one point after the first quarter finished.

Moving into the second quarter, Russellville surprised Eugene by hitting the ground running by shooting and rebounding. After an offensive rebound and putback score by Miller, the Indians scored three straight three-pointers to start the second quarter on an 11-0 and forced Eugene to use a full timeout.

Now ahead by 10, Russellville tried to prevent another Eagles run. However, their plans would be interrupted by foul trouble, enabling Eugene to hit eight of ten free throws in the second quarter.

Offensively, the Indians tried to get quick baskets to answer back but the team played too fast, leading to either missed shots or turnovers. Within six minutes, a ten-point lead turned into a two-point deficit at halftime with the score 30-28.

In the third quarter, the Indians looked to turn the tide of the game in their favor. The quarter see-sawed for five-and-a-half minutes with Russellville retaking a two-point lead. Despite injuring his hand midway through the third, Seaver was a big driving force on defense as he drew three offensive fouls and pulled down four rebounds. Senior guard Jesse Daniel also found his shooting touch and scored nine points in a three-minute span. However, Eugene sophomore forward Isaac Busch came up big for the Eagles with 11 points, two rebounds and three steals in the third quarter. Eugene closed the quarter on a 11-4 run to end the third and led 61-54 going into the fourth quarter.

Busch's one-made surge carried the Eagles to another 7-0 run to begin the quarter off, scoring on two turnovers by Russellville and Eugene now had their biggest lead of the night at 14 points. Despite Russellville's valiant efforts to come back, six points was the closest they would get. Eugene came away with an 85-76 win over Russellville to improve to a record of 12-3 while the Indians' record dropped to 8-9.

The Indians had to play shorthanded without senior guard Jake Schulte, who sparined his ankle at the South Callaway Tournament last week. Therefore, Head Coach Ron Lebel had to readjust Russellville's lineup for Eugene.

"Anytime you lose a starter and a point guard, everybody has to rotate within our rotations. So it hurt us not having him tonight," Lebel said. "Our guys played hard without him tonight and he'll probably come back next week. We had some bench guys come in because of his abscence and it was good to give those guys some playing minutes. We missed Jake tonight and it showed in the way they closed out each quarter and we weren't able to recover from that."

Lebel said that although the Indians missed Schulte and didn't come up with the win, he did see improvment in players like Daniel and Seaver. Lebel said all that Russellville needs to work on to be a better team is playing better defense and making the right choices when they come away with the ball.

"Jesse had been in a slump for a little bit and it was nice to see him knock down some shots. It was good to see him have a nice game and play with some confidence. Chris did a good job for us defensively and he'll take a charge for us. He hit his hand in the third quarter and came right back in the game. The kid is tough," Lebel said. "Our system is a little bit different this year and that may have had something to do with our defensive struggles tonight. It's not because the kids are not working hard. We just sometimes are not anticipating plays and making good plays ourselves. Which is something we'll work on over the next few weeks."

Russellville (8-9) will look to respond Thursday night against Calvary Lutheran. 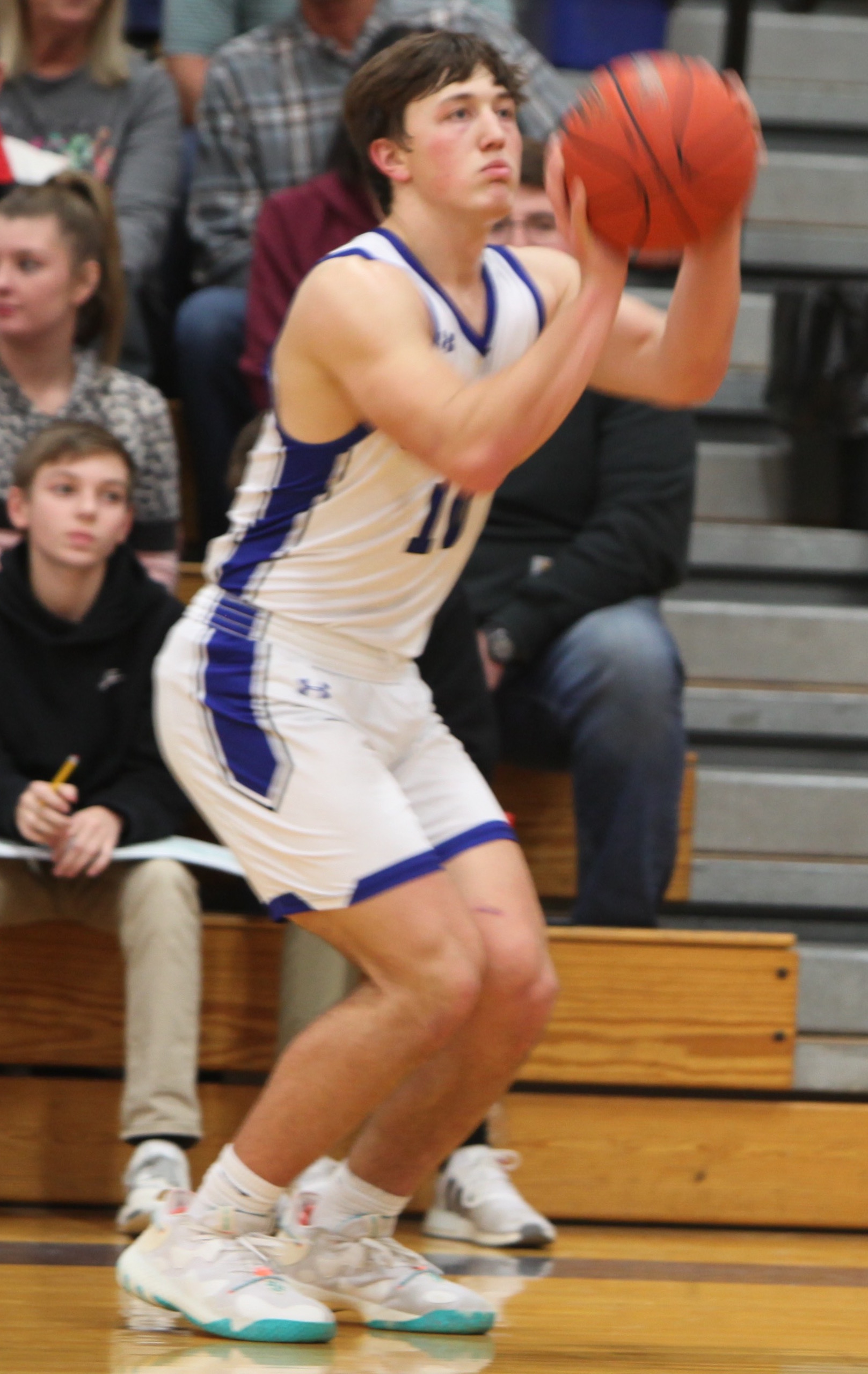 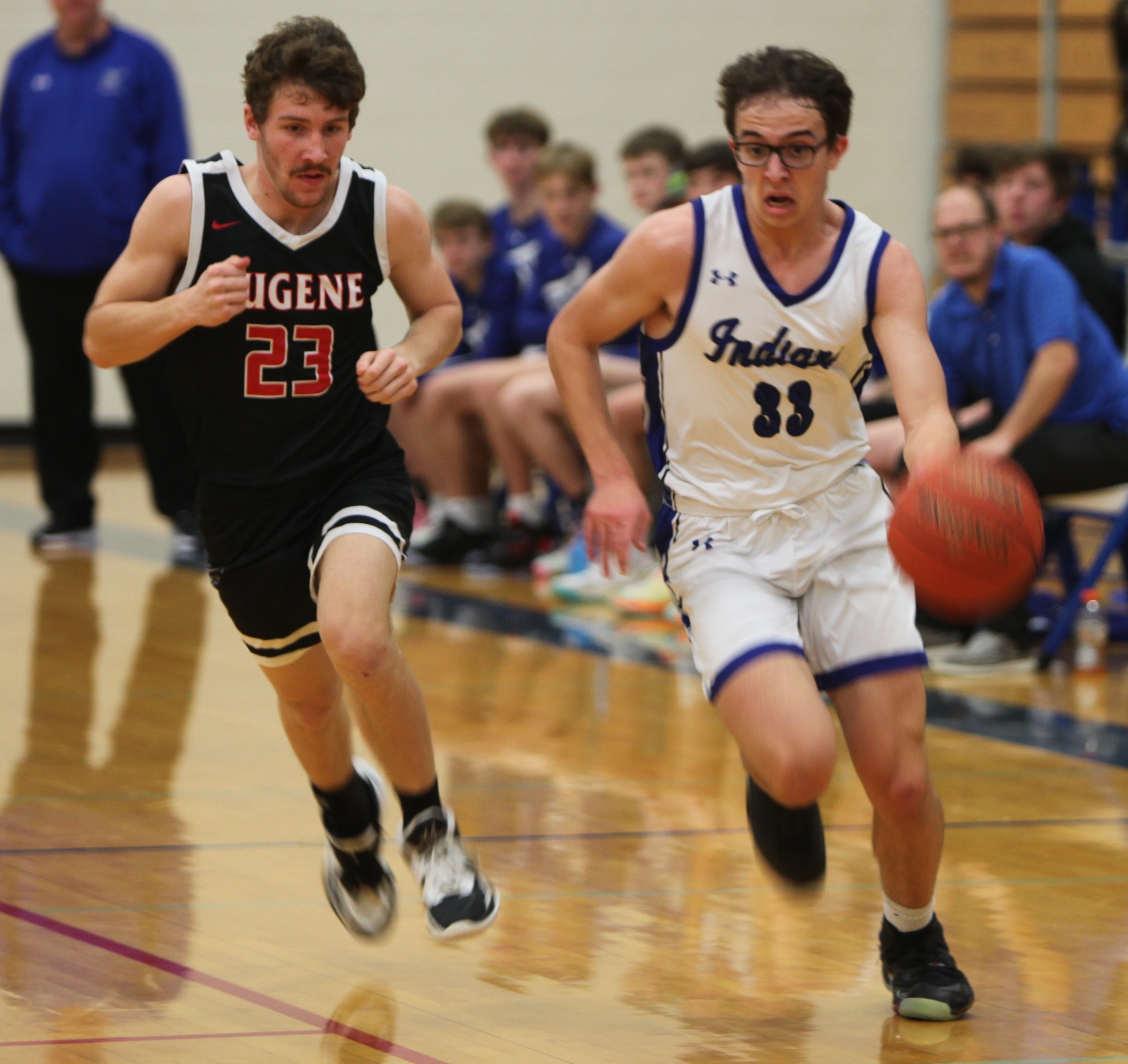 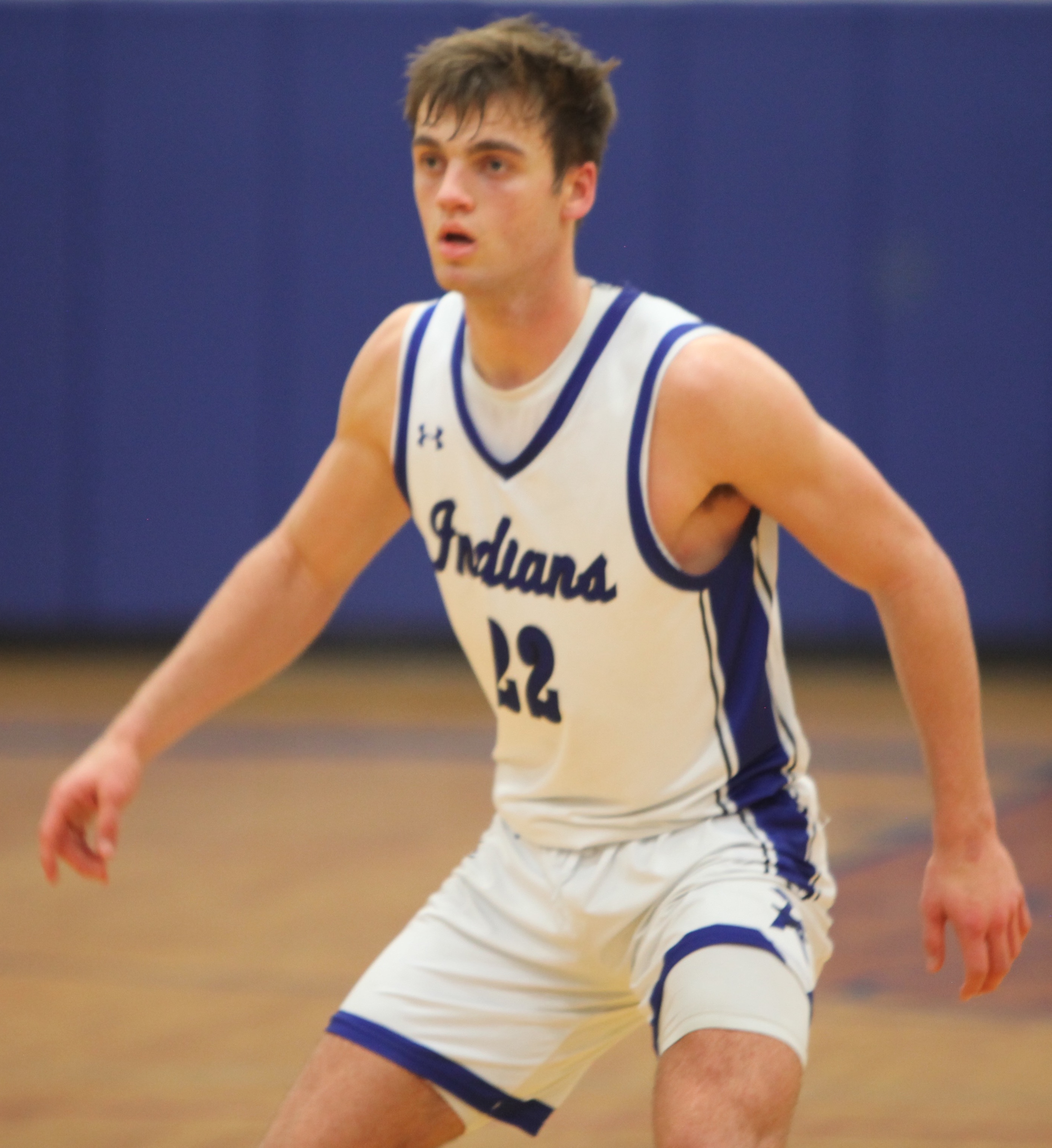 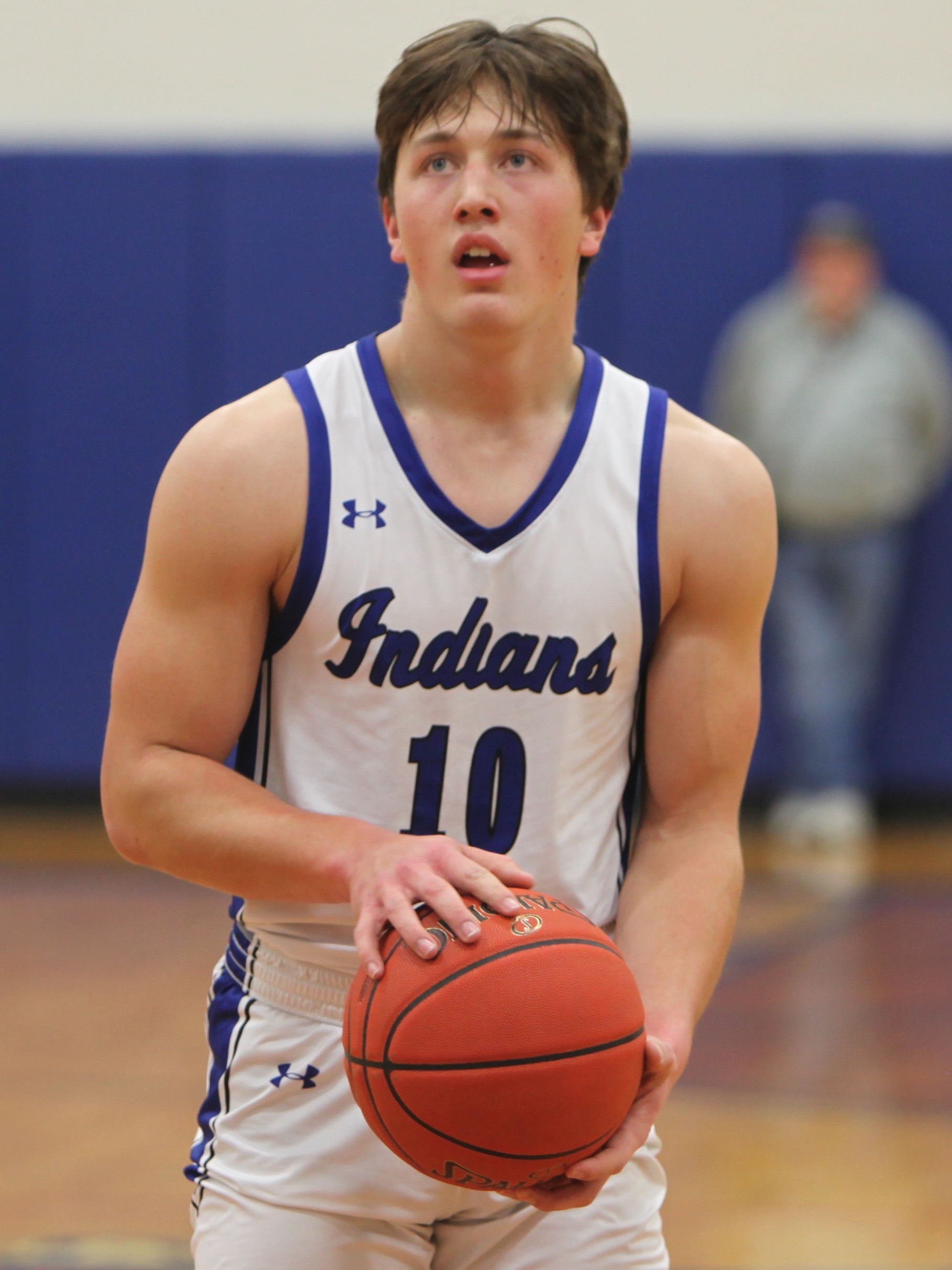 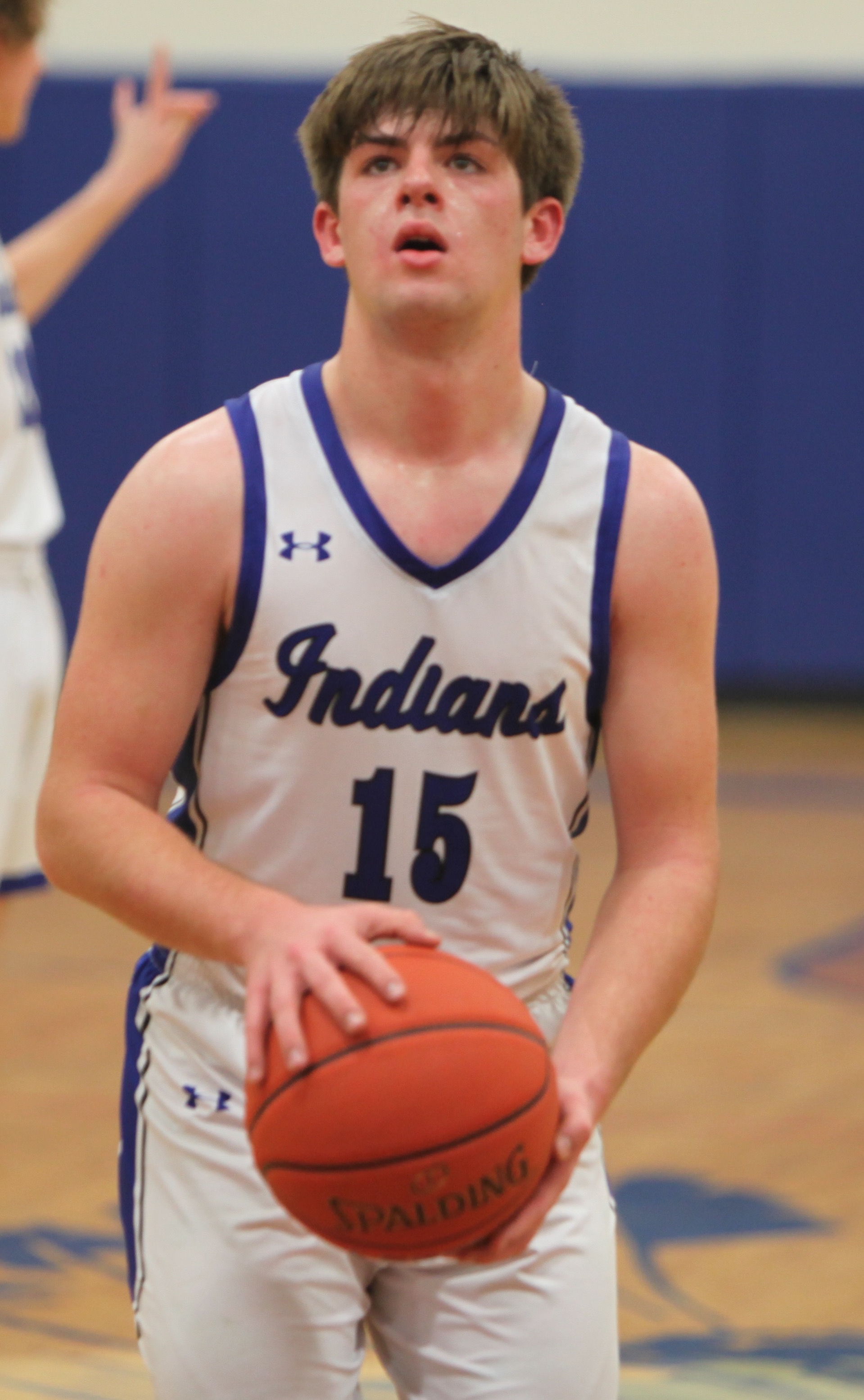 Senior forward Jesse Daniel made 10 of his free throws against the Eugene Eagles. (Democrat photo/Evan Holmes) 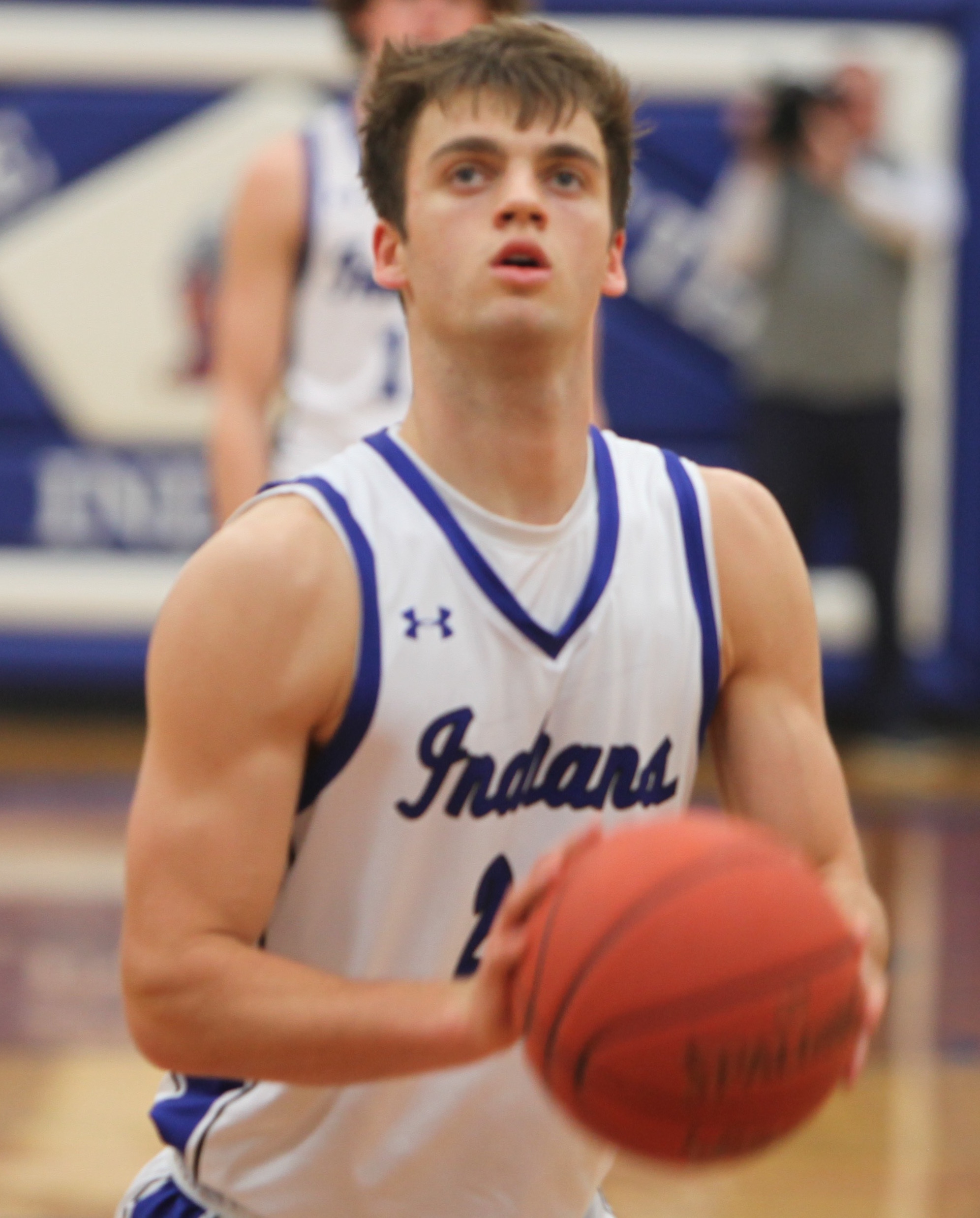 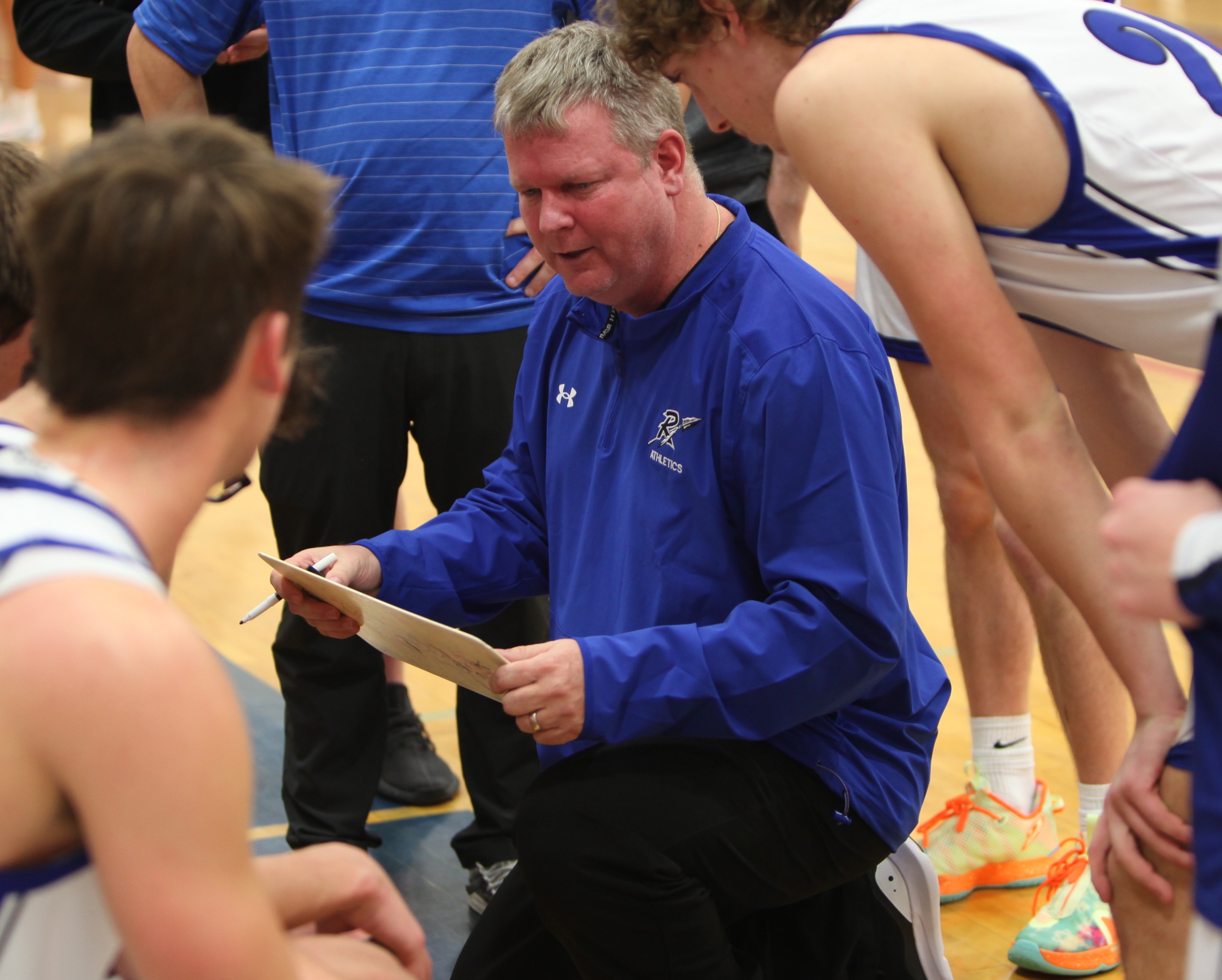