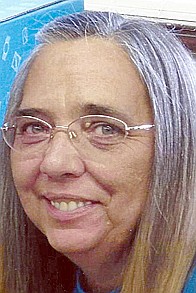 Anita Battle, 65, of Jefferson City, Mo., passed away on Thursday, January 6, 2022, at her residence. She was born on August 25, 1956, in Jefferson City, Mo., the daughter of Henry Staehle and Lois (Goff) Staehle, both of whom preceded her in death. Anita was a graduate of Mexico High School. She was united in marriage on October 25, 1974, in Mexico, Mo., to Thomas Battle who survives of the home. Anita liked to travel, cook, sew, and enjoyed spending time with her family and grandchildren. Survivors include two daughters, Amanda Adams (Duane Rivers) of Jefferson City, Mo. and Amber Davis (Charley) of Taos, Mo.; one brother, Mike Staehle of Nowata, Okla.; one sister, Lori Melte of Brookfield, Mo.; four grandchildren, Zach Adams, Warren Davis, Mason Davis, Annie Rivers; and several honorary children and grandchildren that she watched over the years. She was preceded in death by one infant daughter, Brandi Battle; infant grandson, Nathaniel Davis; and two brothers. A private family service will be held. Memorials are suggested to donor’s choice, c/o the funeral home. Arrangements are under the direction of Bowlin Cantriel Funeral Services, California, Mo.